According to Ruslan Leviev, a member of the Russian opposition, three soldiers from the 16th separate special forces brigade (military unit No. 54607, Tambov, Russia) were identified. They died on May 5, 2015, in Ukraine: 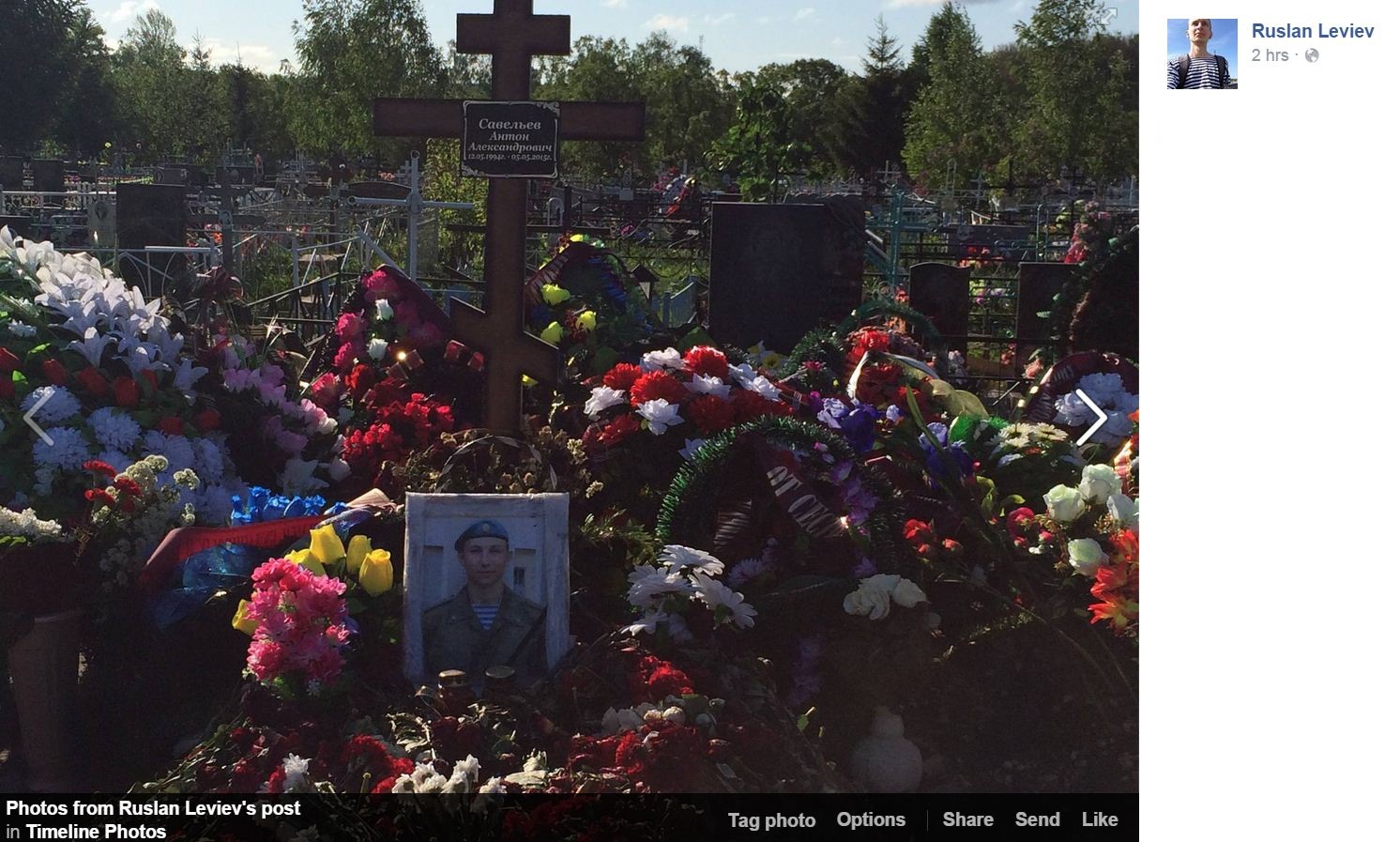 – Mamayusupov Timur, callsign ‘Mamay’, was buried on the Kuk-Tyaka cemetry, near the town of Aznakaevo, Republic of Tatarstan, Russia: According to the tactical situation synopsis on May 4-5, 2015, the alleged place of death of the Russian special forces soldiers in Ukraine could be:

The detailed Leviev’s investigation report will be published soon, meanwhile Ruslan has been recently interviewed on the ‘Echo of Moscow’ radio station (in Russian).

Based on the information provided by Leviev, the research was done to identify the mentioned Russian special forces soldiers of the 16th brigade of the Russian Main Intelligence Directorate.

We have found the social network profiles of the relatives of two of them – Saveliev and Mamayusupov:

– the profile of Anton Saveliev’s mother, Natalia Savelieva-Kuznetsova who is mourning her son

– the profile of Anton Saveliev’s sister, Aleksandra Savelieva who is also mourning her killed brother – the online profile of Timur Mamayusupov’s mother, Guzaliya Mamayusupova-Vagizova who is mourning her son. Timur’s profile was found as well, but it contains very little information. Still there are several interesting pictures uploaded by his mother – a picture of the medal ‘For returning of Crimea’ and photos of Timur wearing a white bandage on his leg, such bandages are used by the Russian terrorist troops in Ukraine.