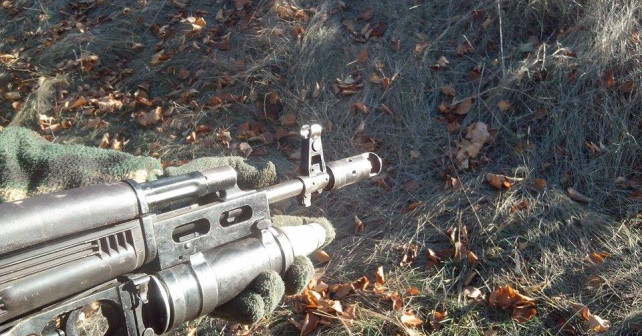 On the night from 16th to 17th of October near to Krasnyi Luch an LPR terrorist group was shelled by a partisan unit using the under-barrel grenade launcher with captured VOG-25 ammunition. The partisans shot about 20 rounds from the grenade launcher. 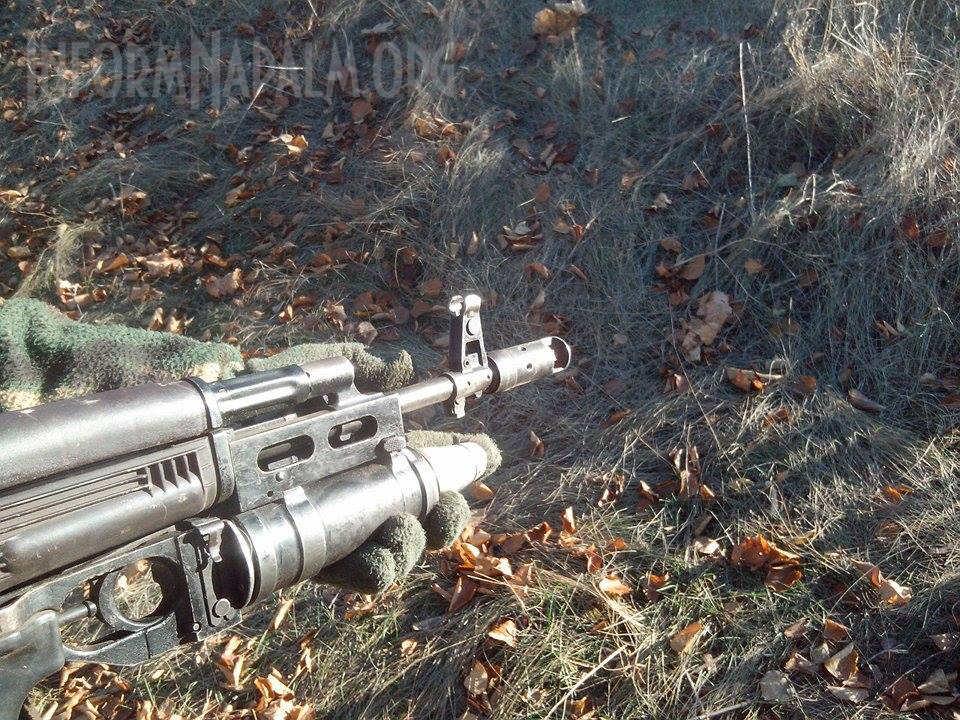 The crater after the explosion of a VOG-25 round.

The partisans safely escaped from the point of engagement. But the next day they went reconnoitering to check the results of the ‘night meeting’. They found signs of blood, tourniquets and opened painkillers on the raked meadow. While there were no bodies to confirm any deaths, the partisans know that they inflicted casualties on the terrorists. This was one of the first engagements of a new partisan group in the area. 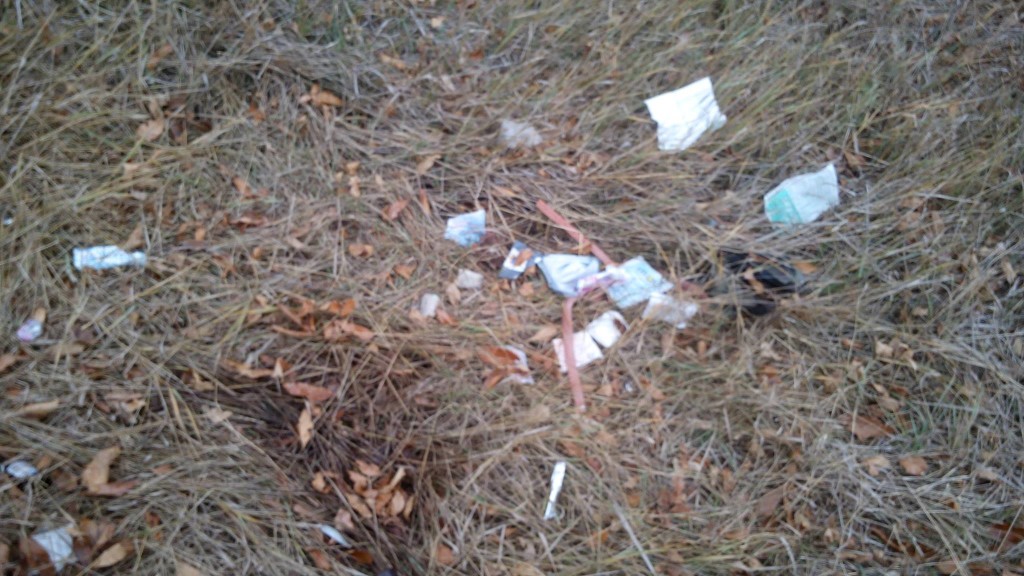 Signs of blood loss, tourniquet and remains of painkiller packages

The InformNapalm group got the information and photo directly from the partisans. We delayed the presentation of this news to let the partisans to cover their tracks. So the facts concerning the actions of the partisan groups in Luhansk region will be at least one week old.

Together we will win!