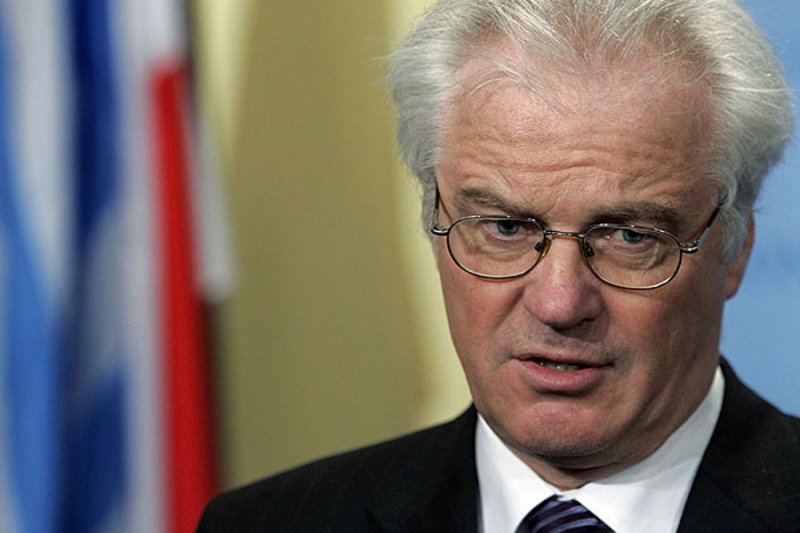 Today, on March 13, was held sixth emergency U.N. Security Council meeting on Ukraine. In fact, nobody in the world was really expecting any significant results or compromise to be accepted, so that they can start solving crisis in the Crimea. As all previous U.N. Security Council meeting on Ukraine, it was just a declaration of positions, which different countries have, as well as calling for peace and adherence of international law.

The reason for UN to be so ineffective is very simple. While the entire world announce unacceptance of Russian intervention, the ambassador of Russia Federation Mr. Churkin keeps playing dumb and speaks on the level of street talk. Ambassadors of USA, United Kingdom, France, Ukraine, Lithuania and other countries provide multiple facts of violation of international law and Ukrainian-Russian agreements by Russian side, they referred to the concrete cases, as well as articles of international law that were violated. 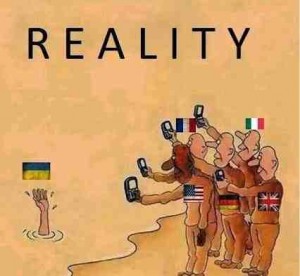 In his own turn, Mr. Churkin performed a long and empty of the facts speech as if he didn’t hear anything of what have been said before. He didn’t answer why Russia keep sending its’ troops to the Crimea; why Russian soldiers wear no insignia; why do they takeover administrative buildings and Ukrainian military bases (which is actually a direct form of aggression); why do Russian soldiers cooperate with gangs of street bandits, who openly perform an illegal activity; why there are so many contradiction within official announcements of Russia government; why Mr Churkin didn’t provide at least one confirmed fact of Russian-speaking people being in danger in Ukraine; why all the international commissions were rejected to enter the Crimea; why there are so many cases of journalists being threatened and pursued, and, finally; why Russian Federation do not recognize legally elected Ukrainian Government, but, at the same time, supports self-proclaimed government of Crimea.

None of these questions were ever mentioned by the Russian ambassador. Instead, Mr Churkin paraphrased his previous speeches with just a few additions. In short: Mr. Yanukovich is still the President of Ukraine; new Ukrainian Government is illegal because it overthrew the President; there lots of terrorists and fascists all over the Kiev and western Ukraine; Russia has the right to defend ethnic Russians, who are in danger, etc.

What was new in his speech is recollection of Kosovo. In his words, Kosovo separated from Serbia with the violation of international law. So what he really meant was that Crimea can separate the same way and nobody should interfere with it. On the whole length of his cynic speech Russian ambassador used such phrases as “We all know that…”, “There are proven facts of…”, “We have information about…” etc. Therefore, not even once did he refer to the officially confirmed information or provide some trustful evidences.

So everything he said converges to spreading rumors, twisting of facts and disinformation. Even from the professional point of view his arguments and manner of speech do not fit the level of international diplomacy. Whether he really believed in his own words or was intentionally trying to offend his colleagues remains unknown. At the very same time, when UN council was calling for mutual respect and peaceful dialog and Mr. Churkin performed his master-class in hypocrisy, the Ukrainian people continue suffer human losses.

This evening, in the city of Donezk there was a huge clash between participants of meeting for integrity of Ukraine and pro–Russian activists. In fact, it was solely an all-out attack on the peaceful demonstrates by the bandits, who carried Russian flags (there are tons of photos and videos in the Internet confirming it). Bandits were armed with knives, metals tubes, petards and smoke grenades. They mercilessly beat and humiliated people, who were trying to run away. As of now there are already three casualties and dozens of injured among pro-Ukrainian activists. Of course, it is the local police and authorities, who should be blamed for this tragedy, because they were not able to protect its’ people.

Analysts and political scientists can provide multiple explanation and excuses for this development of events. For instance: previous government has ruined and corrupted the entire Law-enforcement system in Ukraine, and now, after events on Maidan, it is remaining ineffective and unable to deal with such a large scale clashes. Another explanation concerns a direct influence from the Russian side.

There is a strong belief among all Ukrainians that those so-called pro-Russia meetings are being organized and supported by Russian special services. Numerous evidences that proof this kind of belief can be found in the Internet and in the official statements of Ukrainian government: from statements of the separatists themselves (many of whom don’t even hide that they are Russian citizens) to the arrests special serviceman of Russia.

Finally, one more reason for current crisis in Ukraine and today’s tragedy in particular, is that Ukraine cannot implement a full-scale operation against those street bandits and provocateurs, because Russia government will interpret it as “ repressions against ethnic Russians” and have one more excuse for intervention. Anyway, no matter what was the true reason behind today’s events, the terrible outcome still remains: first – three people lost their lives, and second – among pro-Russian activists there lots of sadists and people who are ready to commit homicides (it is even believed that potential and actual murderers are intentionally involved in those meeting, so that they can start uncontrolled violent clashes).

Not a single debate or analytic analysis can fix it now, because it is already happened! To sum it up, today nobody has any doubts that Russia is the main cause of the current crisis in Ukraine. Also, it will not be an exaggeration to say, that certain amount of responsibility lies on the UN and western countries’ inactivity. The course of events, as it now, is very similar to how it was during clashes in Kiev.

There were countless warnings and appeals to EU to impose sanctions against bloody regime of Yanukovich. In response, before massacres on the Maidan actually started, the western countries limited their actions only to the “deeply worried” and “extremely sad” statements. Such inactivity cannot be performed this time as well due to the scales of this crisis. Every day the possibility of conflict to grow into the hot stage is only increasing. If UN cannot accomplish it basic function – to provide an international cooperation and maintaining of the peace – it would mean that existence of UN is as meaningless, as it was with League of Nations.