Yesterday, on July, 27, we informed you that Russia transfered its T-80 tanks with the attached reactive armor ‘Kontakt’ to the border of Ukraine. In the article “Where Do Russians Send T-80 Tanks?” we made an assumption that these actions were intended to ‘legalize’ another part of the military supply for the joint Russian-terrorist forces in Donbas.

As you remember, there were several news in mass media that the Ukrainian army got the first set of repaired T-80 tanks. The tank upgrade was done by the engineers of the Kharkiv armor repair plant according to the request of the Ministry of Defense. The hulls and the turret towers were upgraded and the reactive armor ‘Kontakt’ was attached.

Our OSINT experts got interested in this potential opportunity of the Russian weaponry moving to Ukraine. So the follow-up exploration of the Russian servicemen social profiles was done. 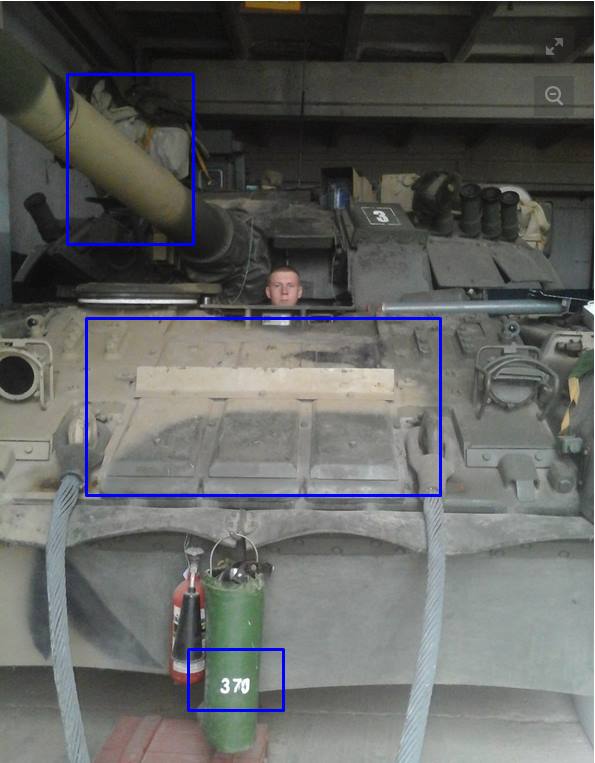 According to the gathered information, the T-80U tanks which are moved through Saratov may belong to the 12th guards tank regiment of the 4th guards armored division (military unit No. 31985, Naro-Fominsk, Moscow Oblast, Russia). This regiment has T-80U tanks in service. The private photos of this regiment servicemen show tanks with similar camouflage. For example, the online profile (archive) of Alexander Zhuravlev has a picture (archive) of a tank with the hull No. 370.

Another interesting photo (archive) was found in the profile (archive) of Maksim Chekarev who also serves in the 4th armored division.

The picture was taken in Neklinovskiy raion of Rostov Oblast, Russia. The hull numbers of T-80U tanks are painted out, just like it is done for all armored vehicles prepared for the ‘assignment’ to Donbas. So we can assume that the tanks disclosed in Saratov are moved to the Ukrainian border, right next to the territory controlled by the LNR/DNR militants, where they will be used for either rotation or enforcement.