The 4th Armor Division is Ready to Wade 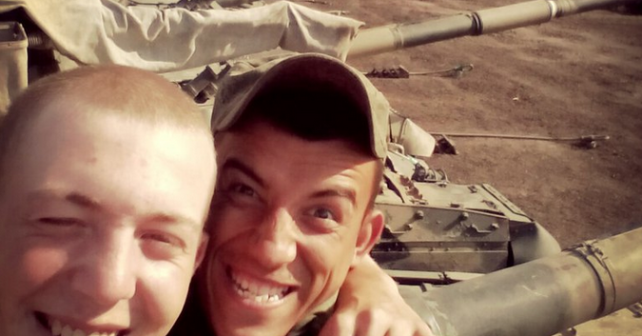 Our friends found a photo of unloaded equipment on the train station of Neklinovka (village of Pokrovskoe, Rostov Oblast, Russia) in a Russian soldier online profile. At first glance this is a common picture – another train with military machines is unloaded at the Ukrainian border. But our attention was drawn by the hull numbers covered with paint and the ‘Brod’ [Wade] system tubes attached to the tanks.

This is the ‘Brod’ system for T-80U tanks. This box is the attachable air filter which protects the gas-turbine engine on the move from dust and dirt and is used for wading low depth water obstacles. The box is attached to the tank turret and rotates with it. It fully covers the air system when the tank is on the march, meaning when barrel is turned to the right then the box is placed above the air system right in the middle. 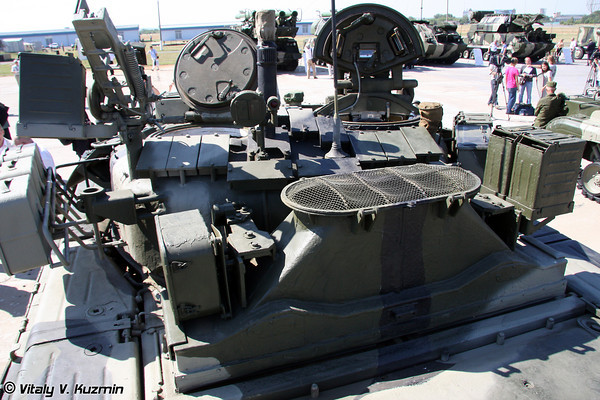 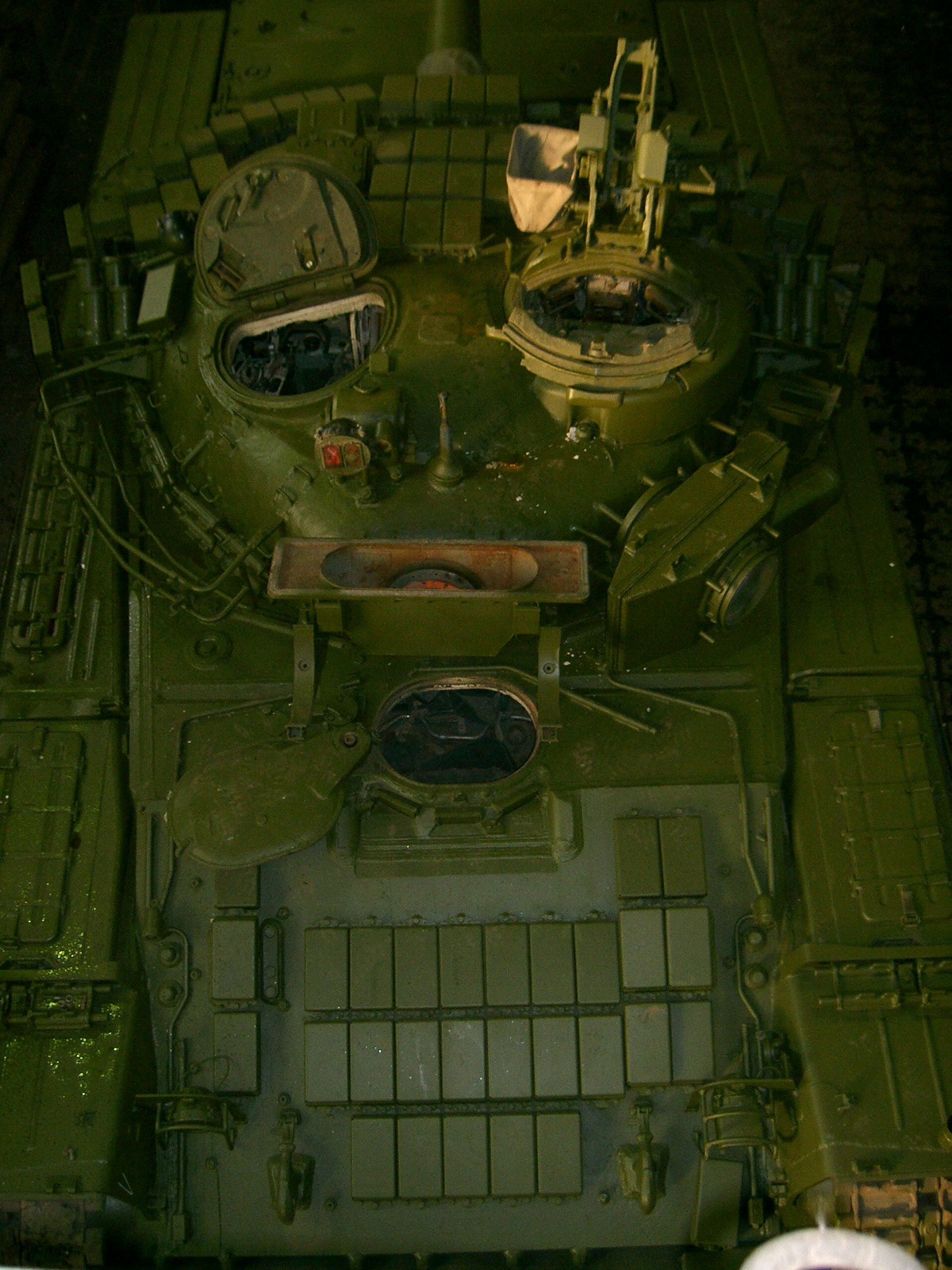 Placeholder for the air-scoop intake

This is not T-72 tank since the exhaust pipe is missing on the engine section level on the left side. And T-64 tank underwater driving system (UDS) has a different construction of the tube attached at the turret rear side. Also T-64 is lacking the placeholder for the air-scoop intake.

The UDSs for the 2nd generation tanks T-64, T-72 and T-80 were designed separately. Most attention was paid to reducing the time needed for crossing a water obstacle. It is known that the average time needed is around 15 to 40 minutes depending on the type of a machine. Partly this task was solved by installing the ‘Brod’ system on T-80U and T-80UD tanks which allowed crossing a water obstacle up to 1.8m deep without any preparation. Taking into account that such obstacles may happen pretty often on a battlefield, installation of this system makes tanks more autonomous.

Also we should not forget that T-80 tank can cross a water obstacle without external exhaust pipe, and a tank with just an air pump tube attached can wade a 4m water obstacle. The whole set of tubes is stored behind a tank. 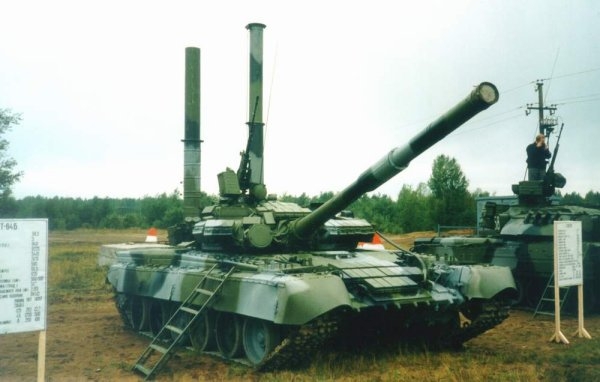 The photo was uploaded by a Russian serviceman of the 4th armor division (Western Military District, military unit No. 19612, Naro-Fominsk, Moscow Oblast, Russia).

According to Wikipedia the 4th division is equipped with T-80U tanks which corresponds to the tank identification information above.

Having analyzed the photo we could identify the exact location where it was taken – the Neklinovka train station at the village of Pokrovskoe. 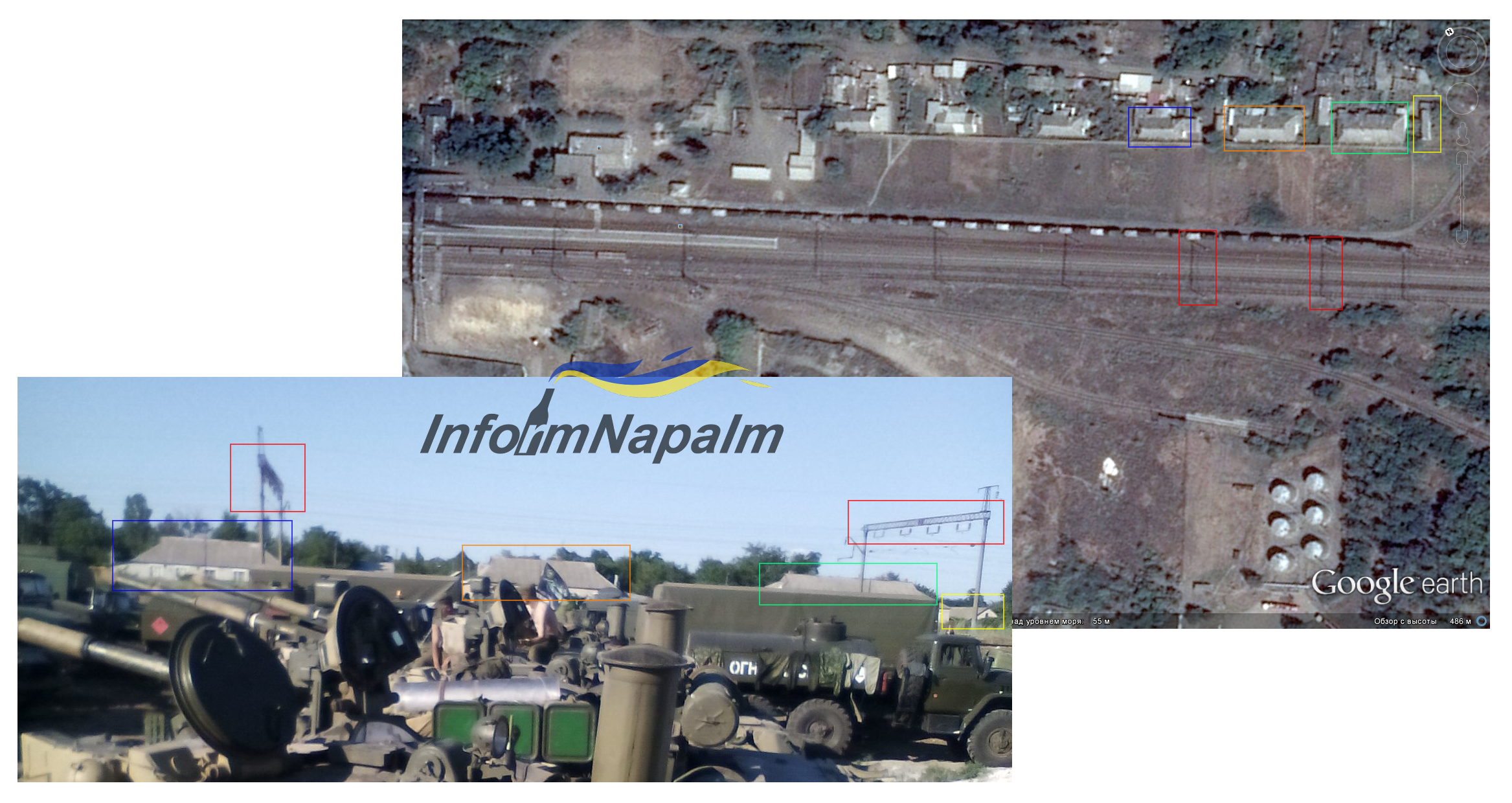 If you look closely at the painted out tank hull number then you can see that the first digit is 3, the second one is not clear, and the third one is clear to be 5. So we get a tank with number 3*5. The helmet of our crewman has number 302, so the tank with the same number is not far from him. Also one of the photos of his comrades shows us a tank with number 38*. The picture was made in February, 2015, most likely in a garage of military unit No. 19612 in Naro-Fominsk. Numeration of some T-80U tanks of the 4th division can be found on Russia MD site (in Russian). 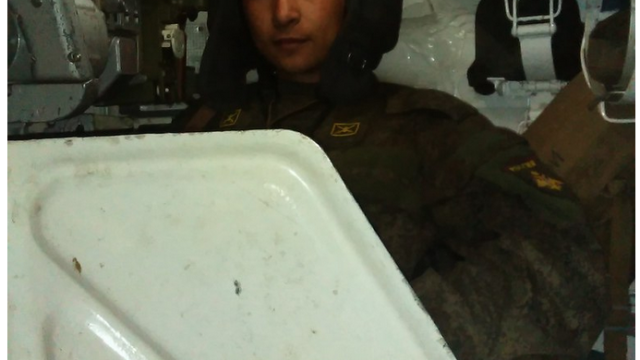 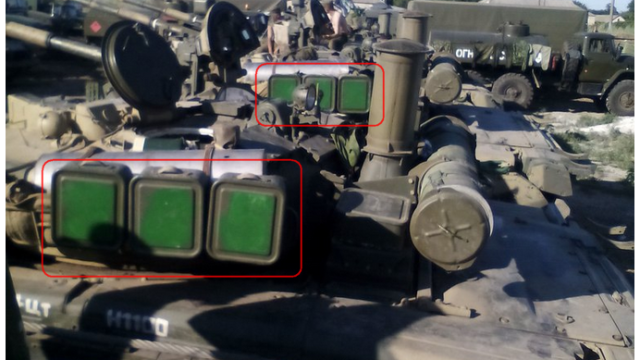 Let us remind you that recently a train loaded with T-80U tanks was spotted in Samara. Also we disclosed the Russian T-80 tanks which were moved from Naro-Fominsk to the Ukrainian border.

The uncontrolled section of the Russian-Ukrainian border in Luhansk Oblast has an extended water obstacle – the Siverskyi Donets river. It serves as a natural barrier to the Russian forces intrusion through the whole occupied territory. We have received signals about the pontoon ferries set by Russian troops for several times (in Russian), but wading the water obstacles is also a fast and convenient way of troops moving to the operation side. With time we will see where the 4th armor division appears the next time.

Original article by @BuTaJIu4eK with assistance of @el_roosevelt, translated by Oleksandr Klymenko

One Response to “The 4th Armor Division is Ready to Wade”