Another Provocation by Terrorists in Donetsk

On October 2nd, after the militants supported with heavy military equipment had been assaulting the Donetsk airport for six hours, and after still failing to capture their target, they started to shell residential areas of the city. Their actions were accompanied with the coordinated dissemination of misinformation across multiple media avenues, including social networks.

Below are several examples we can quote from Twitter: 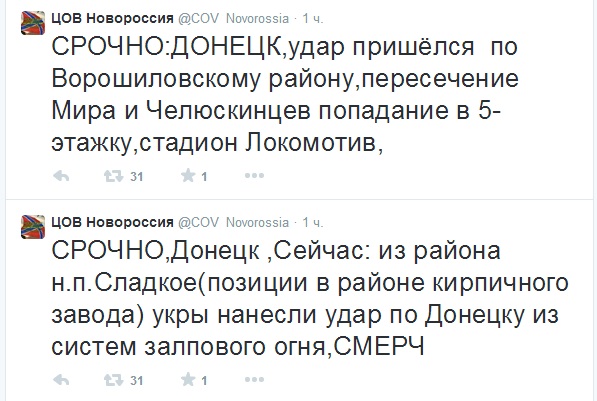 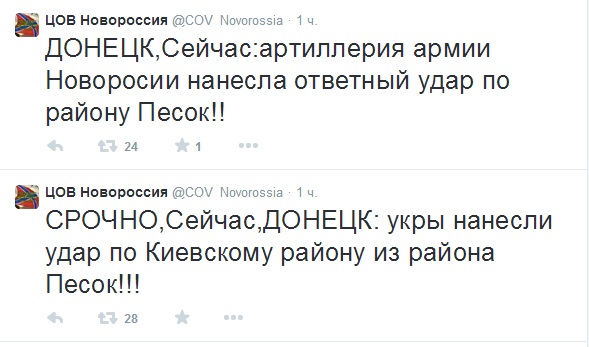 It is most likely that the aim of this provocation was the undermining of the cease-fire and the creation of an opportunity to attack the Ukrainian forces located in the area of Pisky, while continuing to spread panic among the civilians.

An approximate position from which the shelling of all the mentioned targets was conducted, is shown in the screenshot below:

The terrorists try to throw responsibility upon Ukrainian military because all hits were in the area of their bases:

We previously described this scheme, it perfectly fits the algorithm used by the terrorists for provocative shelling.

Such cynical terrorists acts committed by the militants are accompanied with propaganda attacks: the terrorists spread their misinformation via Russian and pro-Russian information channels. This needs to be dealt with in an urgent and adequate manner.

One Response to “Another Provocation by Terrorists in Donetsk”