On February 3, 2022, the Belarusian news agency ATN, a part of the Belteleradiocompany media holding and an important propaganda tool of the Lukashenka regime in Belarus, posted a provocation news story on its Telegram channel accusing Ukraine of violating the state border. This provocation may be part of the Russia’s plan to discredit Ukraine and weaken its international support. At the same time, Putin stays in the shadows, pushing Lukashenka to make strong and bellicose statements. Read more in this article by InformNapalm volunteer intelligence community.

The information on the ATN channel tells that a UAV was allegedly launched from the territory of Ukraine to conduct “reconnaissance” over the Belarusian military training ground Brestsky.

“This is one of the training grounds where joint Belarusian-Russian exercises are being held,” the Belarusian propagandists emphasize. Let’s remember this detail.

The beginning of the active phase of the Russia-Belarus exercises Allied Resolve-2022 is scheduled for February 10. The end of the active phase was announced on February 20. The drills are planned to be held at 5 military training grounds of Belarus: Domanovsky, Gozhsky, Obuz-Lesnovsky, Brestsky and Osipovichsky, as well as “a number of other areas” and four airfields: Baranavichi, Luninets, Lida and Machulishchy. The first train with Russian paratroopers arrived in Brest on January 25, 2022.

Also on February 3, the press service of the Ministry of Foreign Affairs of Belarus announced that a strong protest was delivered to the Ambassador of Ukraine Ihor Kyzym “in connection with the purposeful launch of an unmanned aerial vehicle from Ukraine to the territory of Belarus“. The incident allegedly took place on January 24th. Let us hypothesize that the UAV was launched by Ukraine to monitor the actions of the Russian military at the Brestsky training grounds. According to the events timeline, the UAV was launched a day before the arrival of the first Russian specil trains in Brest and long before the start of the maneuvers, which makes no sense for military reconnaissance.

Also the question arises, why both the Belarusian Foreign Ministry and ATN propagandists were silent about the incident until February 3? And why did the blaming information campaign against Ukraine start on the same day when Russian Defense Minister Sergei Shoigu arrived in Minsk to meet Lukashenka? It is also noteworthy that the ATN story with the photo of the UAV was published about 20 minutes after the report on the meeting with Lukashenka’s bellicose quote: “They try to get in – they get a hiding! That’s all the war.” 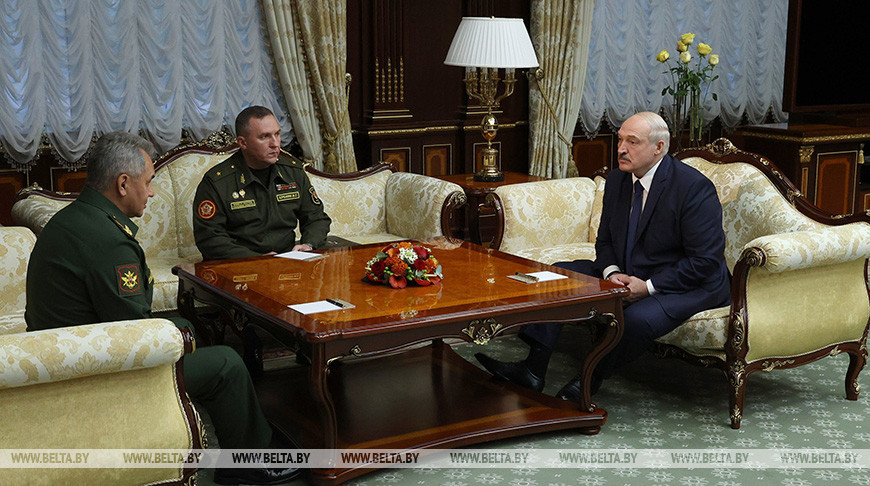 Meeting of Alexander Lukashenka and Sergei Shoigu on February 3, 2022. Photo by Belta.

Interestingly, the media provocation of Minsk and Moscow also coincided with the arrival of Turkish President Recep Tayyip Erdogan in Kyiv. Russia is making consistent efforts to sabotage cooperation between Ukraine and Turkey on the purchase and production of strike UAVs. The main goal of the Russian Federation is to weaken international support for Ukraine and reduce its defense capability in order to create conditions for a larger invasion of Ukraine.

Collage: Photo of the UAV posted by the Belarusian news agency ATN and screenshots of the sequence of publications in the telegram channel.

Ole Nikolenko, the spokesperson of the Ministry of Foreign Affairs of Ukraine, said that this was another provocation and called on the official Minsk not to play along with the destabilization actions of the Russian Federation against Ukraine.

In response to his message on Twitter, the Foreign Ministry of Belarus posted another photo of the drone, but did not comment on it. 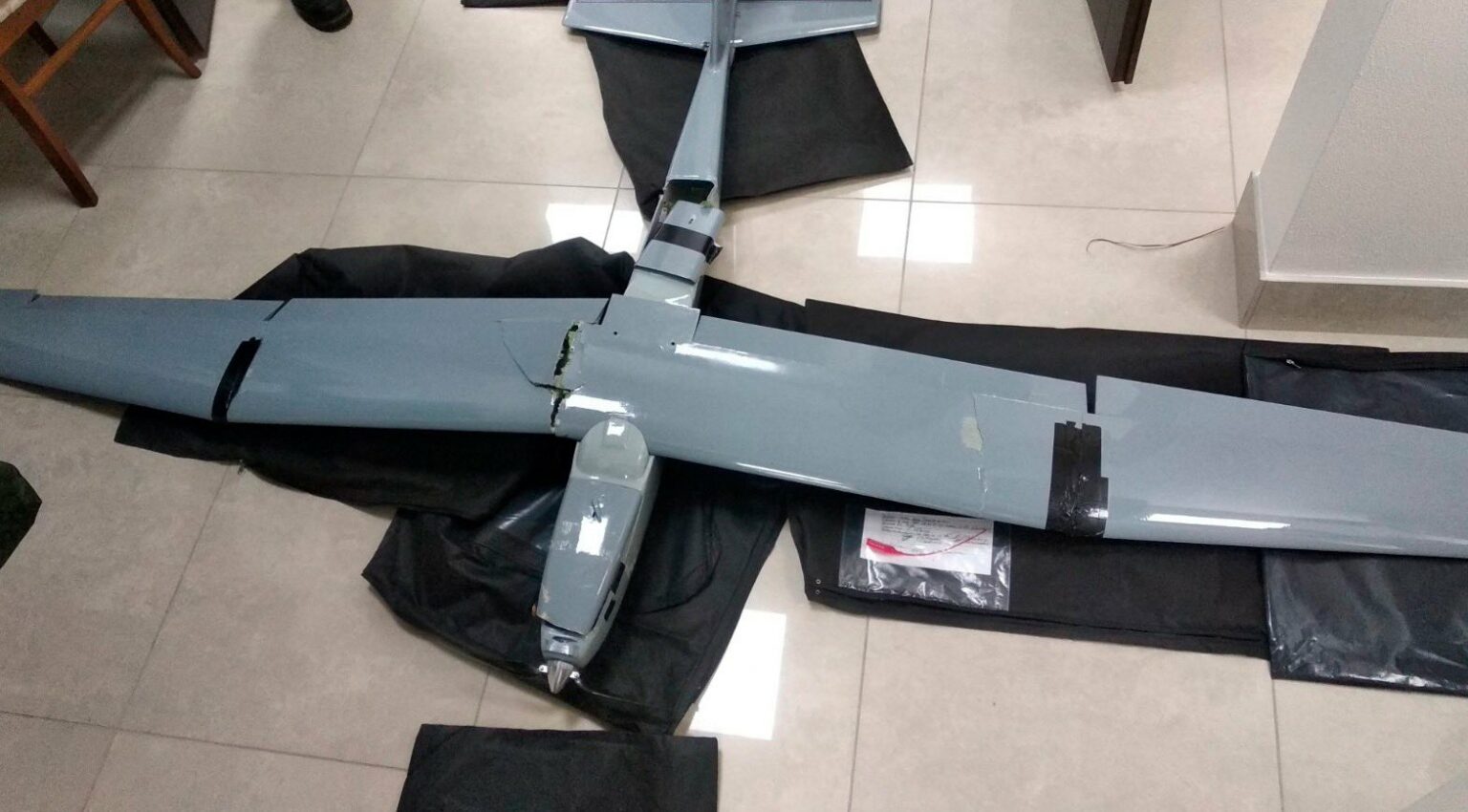 Photo of the UAV from the Twitter page of the Ministry of Foreign Affairs of Belarus.

Interestingly, after our publication, the Belarusian Foreign Ministry deleted its tweet, but we still have the saved photo of it, as well as a screenshot with a preview of the link to their tweet, which we forwarded to our colleagues. 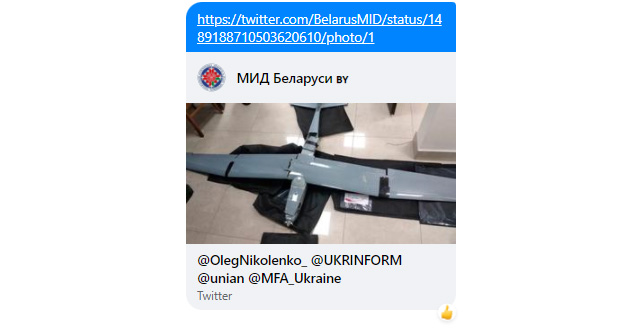 Spokesperson of the State Border Guard Service of Ukraine Andriy Demchenko noted that recently Belarus sent a letter to Ukrainian colleagues about an aircraft detected over its territory, 500 meters from the border of Ukraine. In the letter, the Belarusian side did not specify the ownership of the UAV and did not declare that it had illegally crossed the border. The Ukrainian border guards, in turn, replied that they did not use the UAV in the time and area indicated by the Belarusians.

Also, according to the Russian and Belarusian Telegram channels, there is a lot of confusion about the identification of the UAV model. The drone is identified as Spectator M1 in some sources, as UJ-22 in others, some commentators also say that the model bears certain resemblance with Russian Orlan-10. But none of these models, neither Ukrainian, nor Russian or Belarusian or even Polish UAVs, is a 100% visual rmatch to the photographs posted by the Belarusian Foreign Ministry and the ATN agency.

Volunteers of InformNapalm have studied and identified numerous Russian UAVs involved in the war in the east of Ukraine, but are less experienced and informed about Ukrainian models of UAVs. Therefore, we turned for help to Yevhen Hriniov, a specialist who, for the past few years, has worked with Ukrainian UAVs on the front-line.

“The UAV demonstrated by the Belarusian Foreign Ministry is structurally different from any known production model of Ukrainian drones. Particular attention should be paid to the “air intake”, fixed with large bolts, which is not how it is done in factory production settings. This Looks like a “do-it-yourself model” made of parts purchased from online stores. It could have been assembled and used by some smugglers,” Yevhen Hriniov commented. 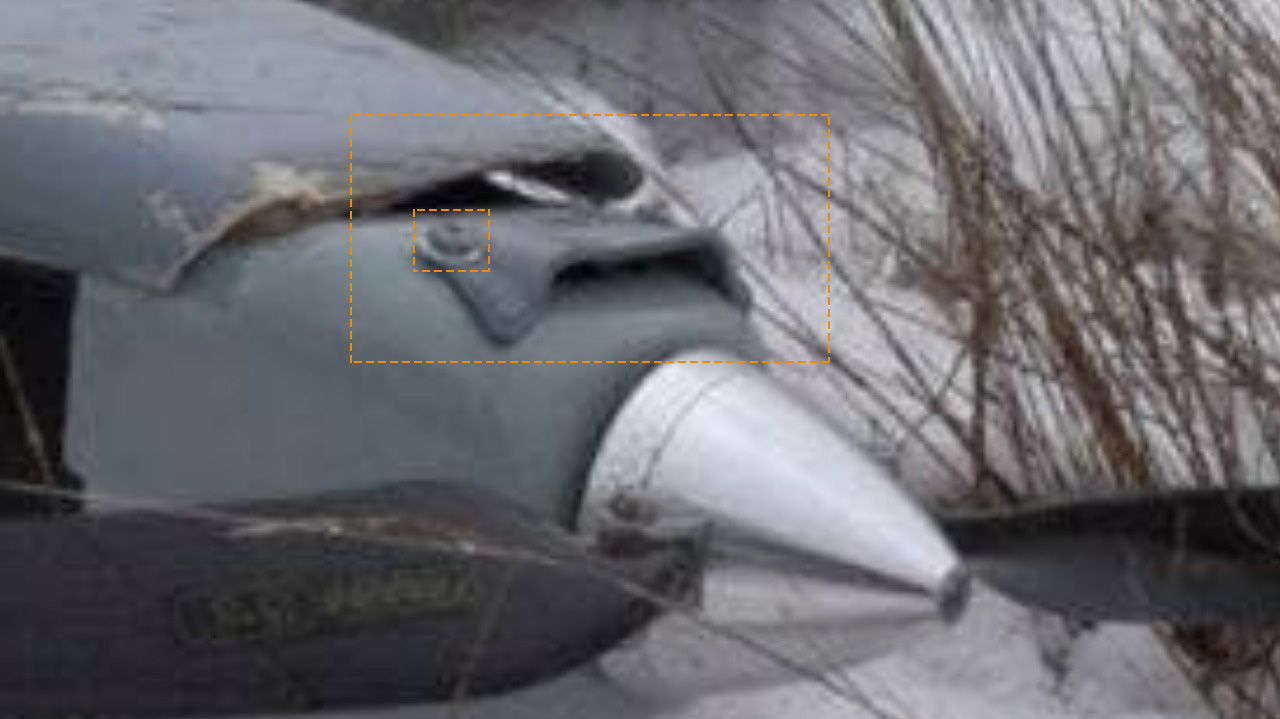 Also, looking at the specific features of the Ukrainian Spectator M1 (which the propaganda channels of Belarus and Russia mostly indicate as the UAV’s model), we can clearly see that the wing mount and tail section and other structural elements differ from the model shown in the photo . 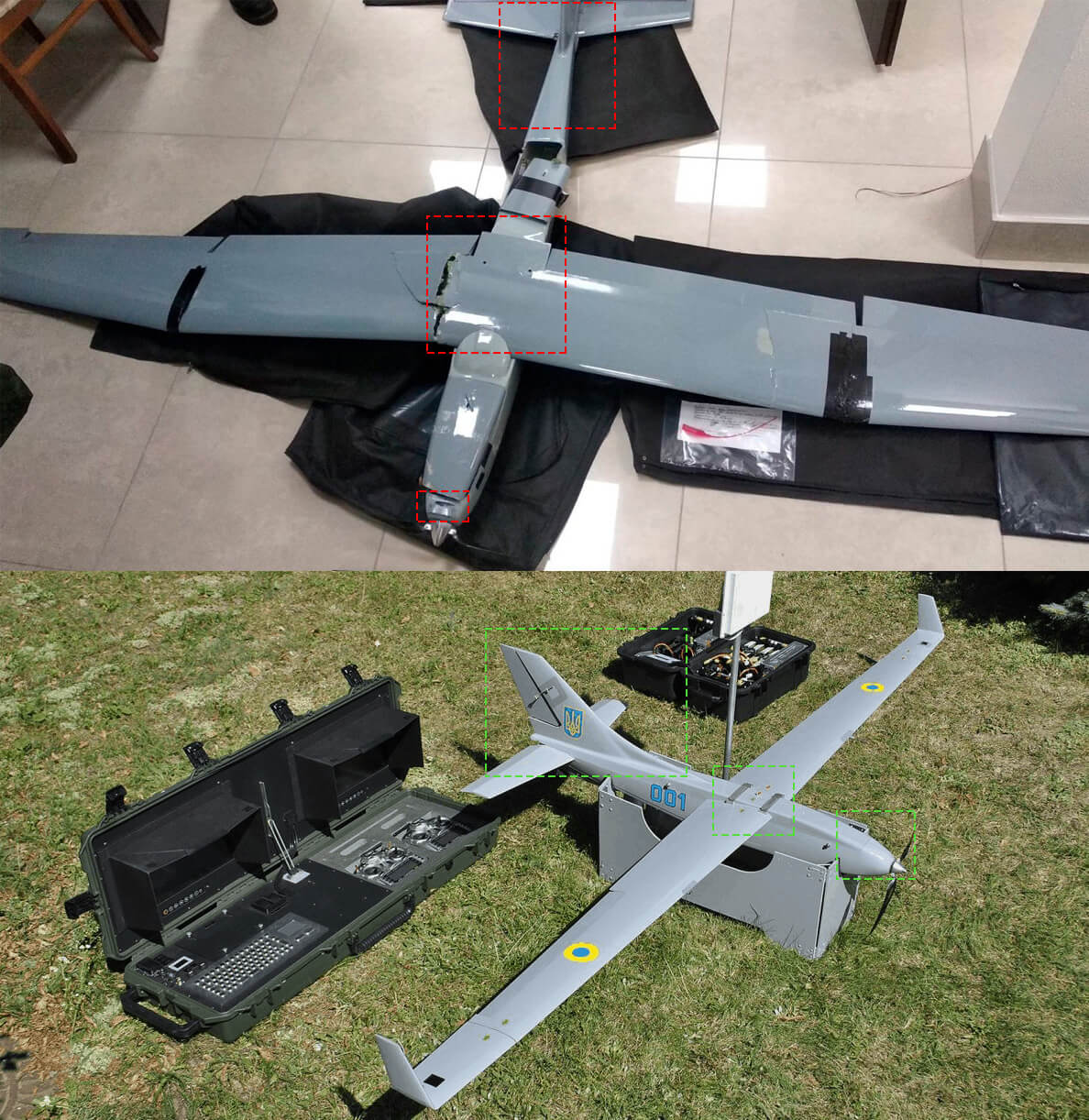 Apparently, February 3 was chosen by no coincidence as the date of a media provocation using a DIY drone (found previously or deliberately brought to Belarus, possibly, with by the delegation of the Russian MoD). It is possible that Shoigu brought some instructions to Lukashenka, while all the preparatory work on the information operation was carried out by Russian military specialists, who told the Belarusian propagandists and diplomats when and what information they should disseminate. It is unlikely that this information attack could become the reason for a major invasion. Most likely, the goal is an attempt to influence the President of Turkey and create a news story around Ukrainian drones as “the main threat to security in the region.”

OSINT investigators of InformNapalm do not rule out that the Russian Federation may organize similar provocations in the future, using Belarus as a source of information attacks. They could use some Ukrainian UAVs captured in the Donbas that can be brought to Belarus to make the provocations look more credible.