“ATO in faces”: Igor an Officer of the National Guard stationed in Krymske 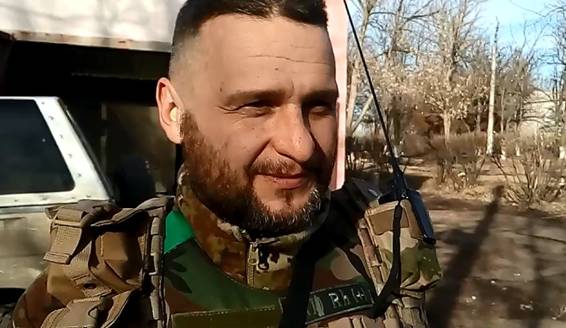 “… I am an officer, and an officer’s honor demands of him to comply with the oath he has taken”.

Reserve officer Igor from Ivano-Frankivsk is on his second rotation tour in the ATO zone in the area of Krymske. Here he leads a reconnaissance platoon. He says that their positons are 1200 m from the separatist positions. Here the ceasefire is conditional – it is a rare days that passes without terrorist provocations.

Igor had a good position back in his peacetime life – the deputy-director of a company dealing with computers. But this man has changed his warm and comfortable director’s office for a bunker and a military uniform. “You know, maybe it is my restless soul. I took part in all three revolutions, starting with the students’ revolution on the concrete in 1991, and also participated in the other more recent events. I considered this as my public duty. Besides, I am an officer, and officer’s honor demands of him to comply with the oath he has taken. While I was in the reserve I received my military education”.

Igor tells that in the past few years he became very interested in military issues – while he undertook his higher education he went to reservists’ trainings. While talking he is joking that he had anticipated that in the near future he might need these skills. He now finds that he was correct in such anticipation.

During his first rotation period he was tasked with the defense of Popasna. That time, like now, his block-post was often under shelling. The so-called ‘regime of silence’ was violated every day. “We were shelled by mortars when we got to Popasna. There were also military actions by the terrorists, but the distance between our cordons and cordons of the separatists was a little bit larger than now in Krymske.”

The village of Krymske, where Igor’s unit is stationed, is nearly destroyed. There are not many local people left, and there are problems with electricity, heating and water. Now the militants don’t shell the village. However the separatists don’t give up their probes against the national guards 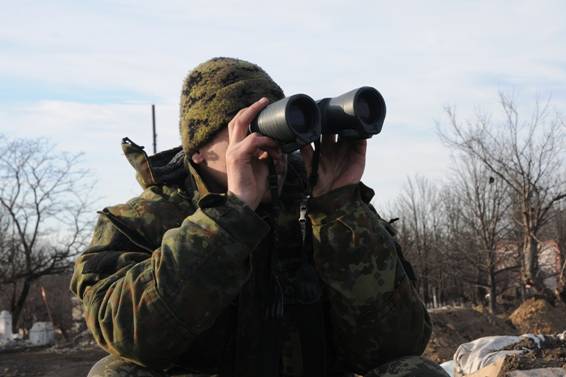 “The truce is quite provisional –diversionary activity from the terrorists side happens almost every day. For example, diversionary troops infiltrate up to 400 m away from us. Yes, artillery does not work against us, but shooting continues. Last evening they shot at us from grenade launchers, AGSs, and small arms. Sometimes a separatist tank will pull-up, fire a few times and then retreat. We don’t react on such provocations; we don’t even shoot back if not necessary”. 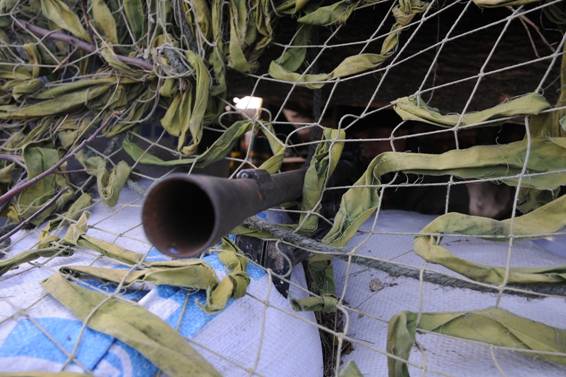 In the area of the block-post there is one road which the soldiers don’t walk, they run it because it is so dangerous. Igor himself tells that the responsibilities and tasks in Krymske are much more serious than in Popasna. With such close proximity to the separatists the men of the national guardian have no margin for any small mistake. 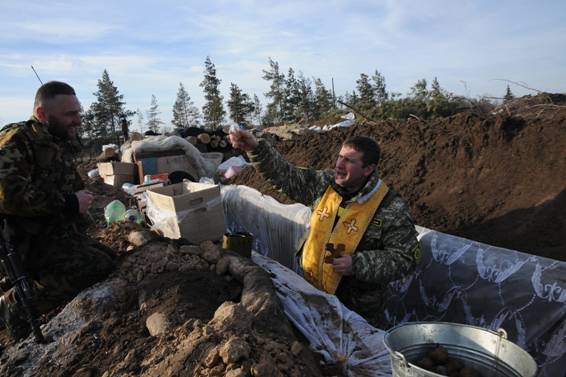 “Of course it is scary. It is lie that it is not scary. But we continue due to our will power, and our understanding of duty.”

No Responses to “ “ATO in faces”: Igor an Officer of the National Guard stationed in Krymske”