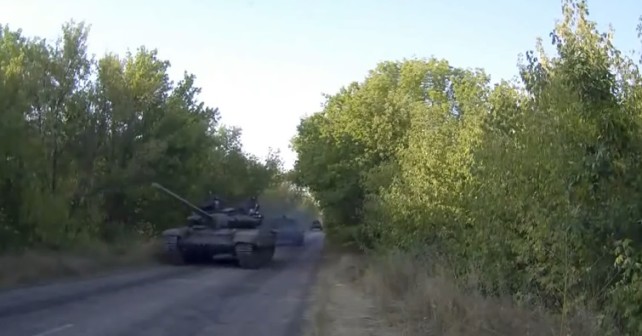 On September 3, 2014 in Luhansk Oblast local residents noticed a convoy of 25 military vehicles.

According to a rough estimate, this convoy transported about 150 servicemen. Coordinates in the video confirm that the convoy was observed in Luhansk Oblast of Ukraine. 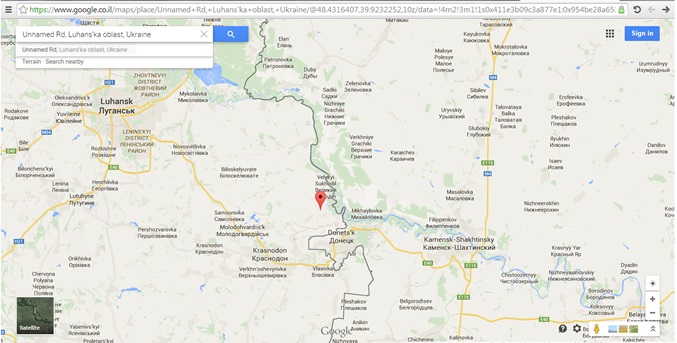 The Russian origin of the convoy is unquestionable, as neither the T-72B3 main battle tanks (with FCS/Fire Control System Sosna on a turret) 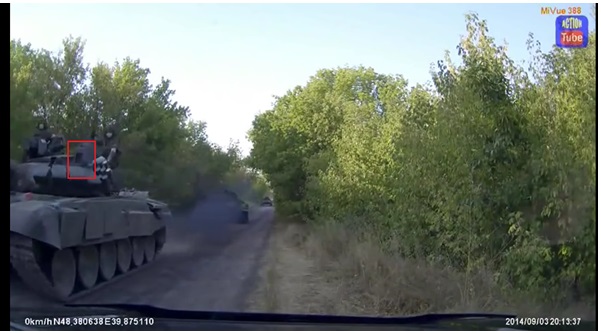 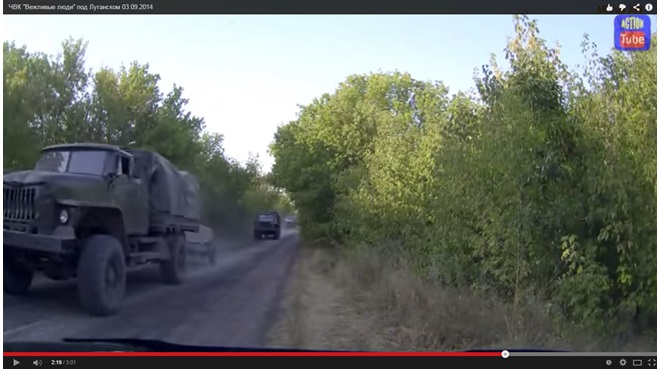 are even in the inventory of the Ukrainian Armed Forces. Regarding the 120-mm mortar-howitzers Nona-K, the Ukrainian army has no more than two of these, this convoy alone had seven! 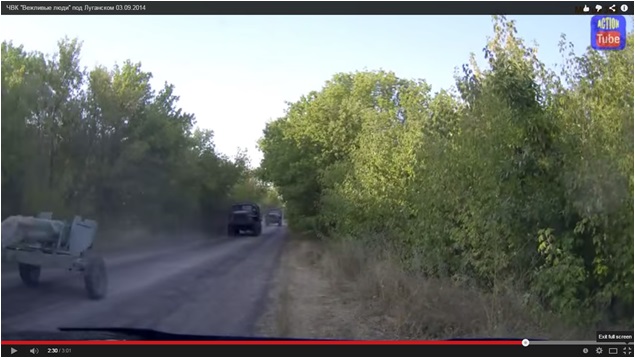 Of the MT-LB transporters, this particular vehicle (side # 784, with a yellow triangle) deserves special attention: 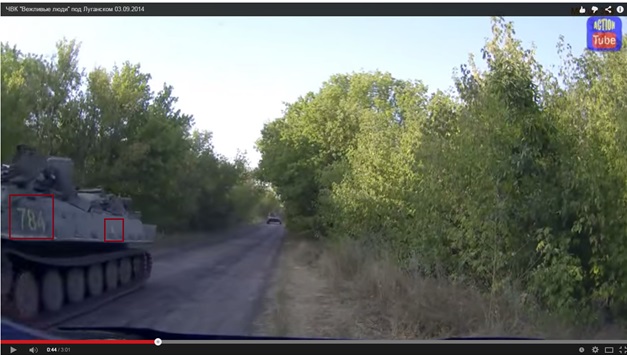 This vehicle was shown in a report by the pro-Russian ANNA-News TV channel (https: // www. youtube. com/watch? v=rPqdlJr-h6Y) dedicated to the assault of the Luhansk airport. On the sixth minute of the video footage we can see a Russian MT-LB APC engaged in evacuation of the wounded: 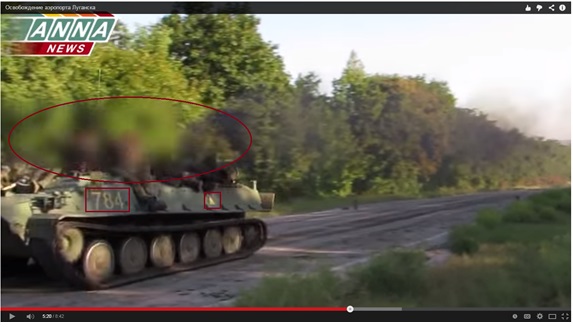 A convoy of vehicles, among which were specifically Russian military vehicles, with recognition symbols accepted in the Russian army, subsequent involvement of an APC from that convoy in evacuation of the wounded from the battlefield, as well as the need to conceal the faces of soldiers (they were blurred in the video), all indicate the direct participation of the Russian army in the Donbas military conflict (at least, of the convoy described above), particularly, in the capture of Luhansk airport.

The material was prepared by video monitoring specialist Al Gri specifically for INFORMNAPALM.ORG.
You can also check the analysis of the above-mentioned video in [email protected] blog: http://ukraineatwar.blogspot.nl/2014/09/another-27-russian-armor-on-way-back.html.

No Responses to “Attack on Luhansk Airport: evidence proves participation of the Russian Army”