Tankman of 17th Motorized Rifle Brigade identified: fought in Donbas, got awarded with medal For Bravery 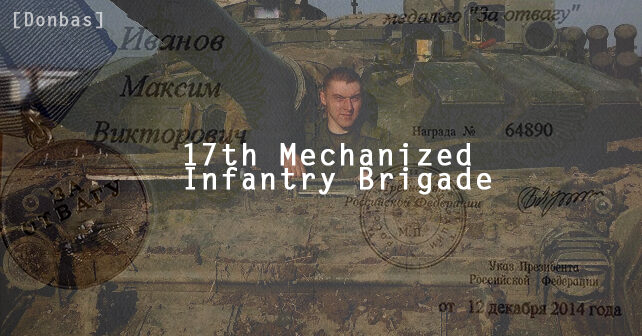 We identified a contract serviceman of the tank battalion of the 17th Motorized Rifle Brigade (MRB) who was awarded the medal For Bravery for his Rostov-Ukraine deployment in 2014.

InformNapalm volunteer intelligence community continues a series of publications about Russian servicemen who received state military awards of the Russian Federation for their participation in the undeclared war against Ukraine.

We have structured all previously published OSINT investigations of InformNapalm featuring evidence of Russian servicemen awarded with medals and orders for military operations outside Russia. Read more in Award stigma of war criminals from the Russian Army, database and video overview.

In the present OSINT investigation, we have identified another Russian serviceman – a contract tankman of the 17th MRB, who was awarded the medal For Bravery. 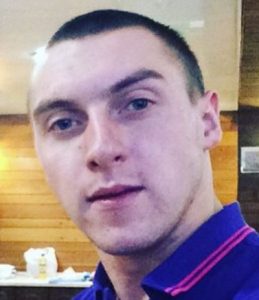 Judging by the photo selection, in the summer and autumn of 2014, Ivanov as part of the battalion-tactical group of the 17th MRB, was on a live deployment in Ukraine, for which he was awarded the medal for Bravery No. 64890 by presidential decree of December 24, 2014.

Here are the most notable of Ivanov’s photographs, reflecting the period of the summer and autumn deployment tour. Ivanov poses in non-stanard uniform in the field camp of the invasion forces in front of T-72B3 main battle tanks Msta-S self-propelled guns and military equipment of BTGr 17th Brigade bearing the familiar white circle identification markings. 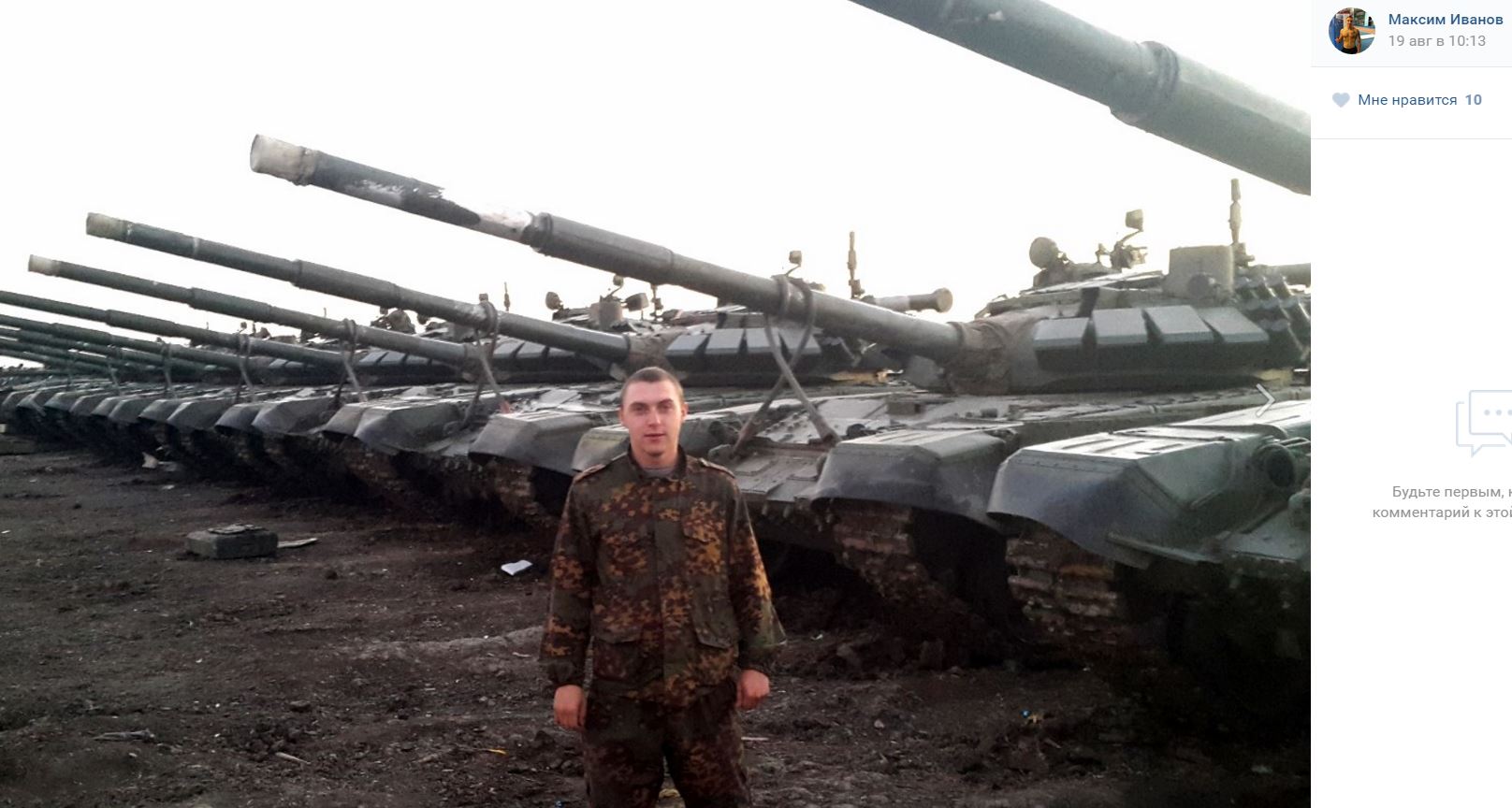 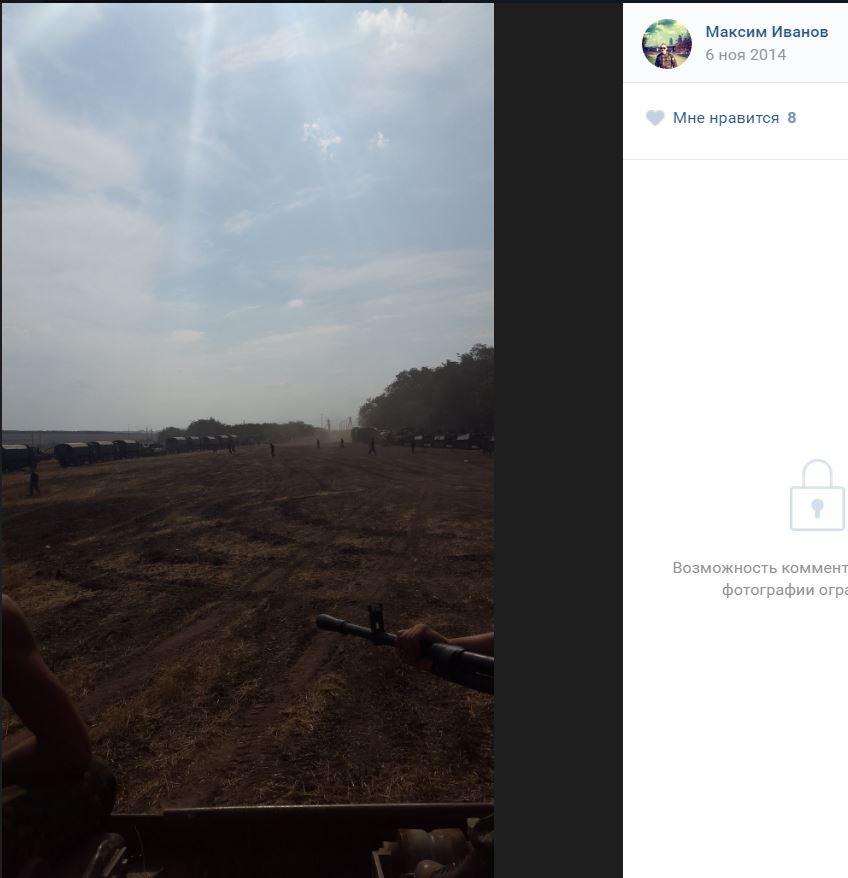 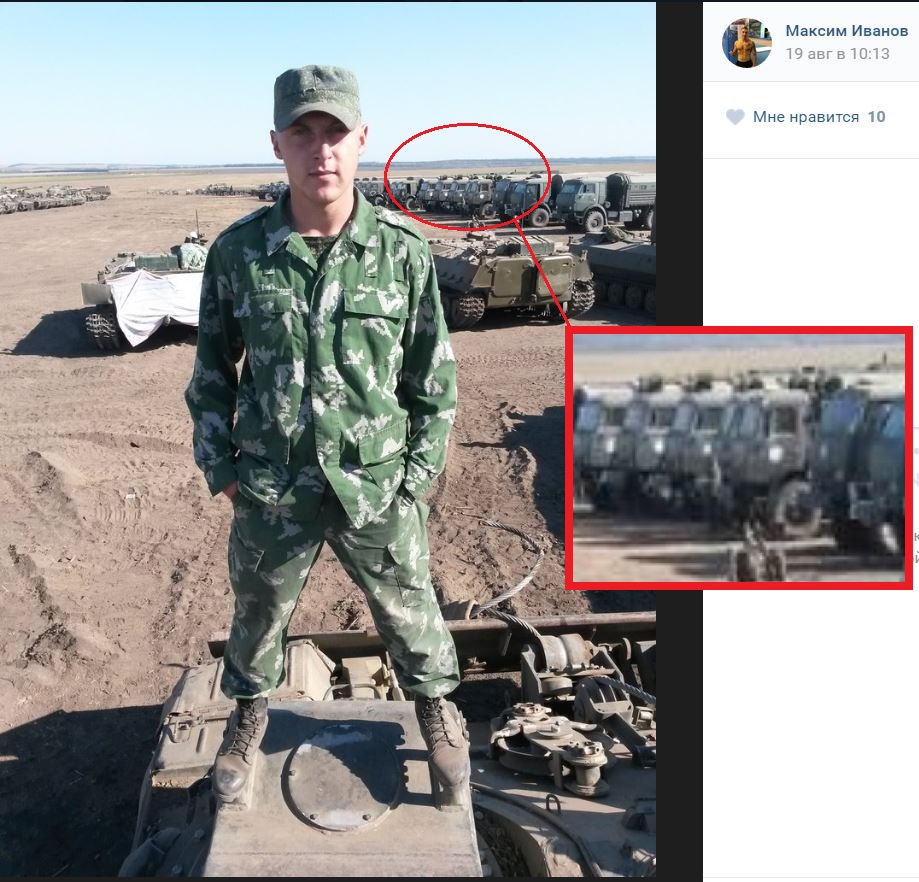 Having studied the contacts of M. In Ivanov’s profile, we found a number of profiles of his colleagues with a series of curious photographs that reflect both the timeline and geography of the Rostov-Ukraine deployments of the tank component of the battalion tactical group of the 17th MRB. 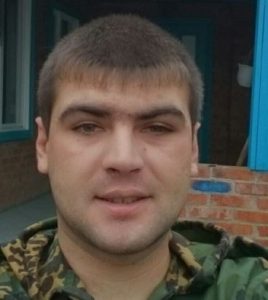 He did his compulsory military service in 2012-2013 in the air defense forces of the Russian army. Since 2014 he was a contract soldier of the 17th MRB (military unit 65384, Shali, Chechnya, Southern Military District).

Judging by the photo selection, in the summer and autumn of 2014, as part of the battalion tactical group of the 17th MRB, he was on a Rostov-Ukraine deployment, which ended in October 2014. A number of Musienko’s photographs belong to the same series as photographs of Ivanov, including a photo in a non-standard uniform. Also in his album there is a photo in front of an armored evacuation vehicle with a white identification tape on the antenna – we saw similar signs on other equipment of this brigade during the invasion of Ukraine near Novoazovsk. 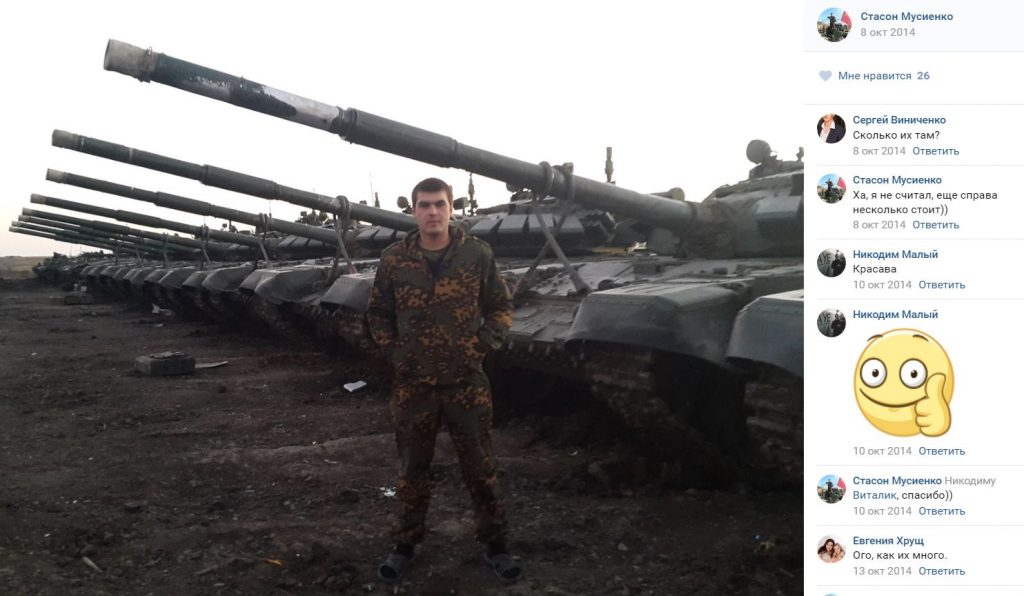 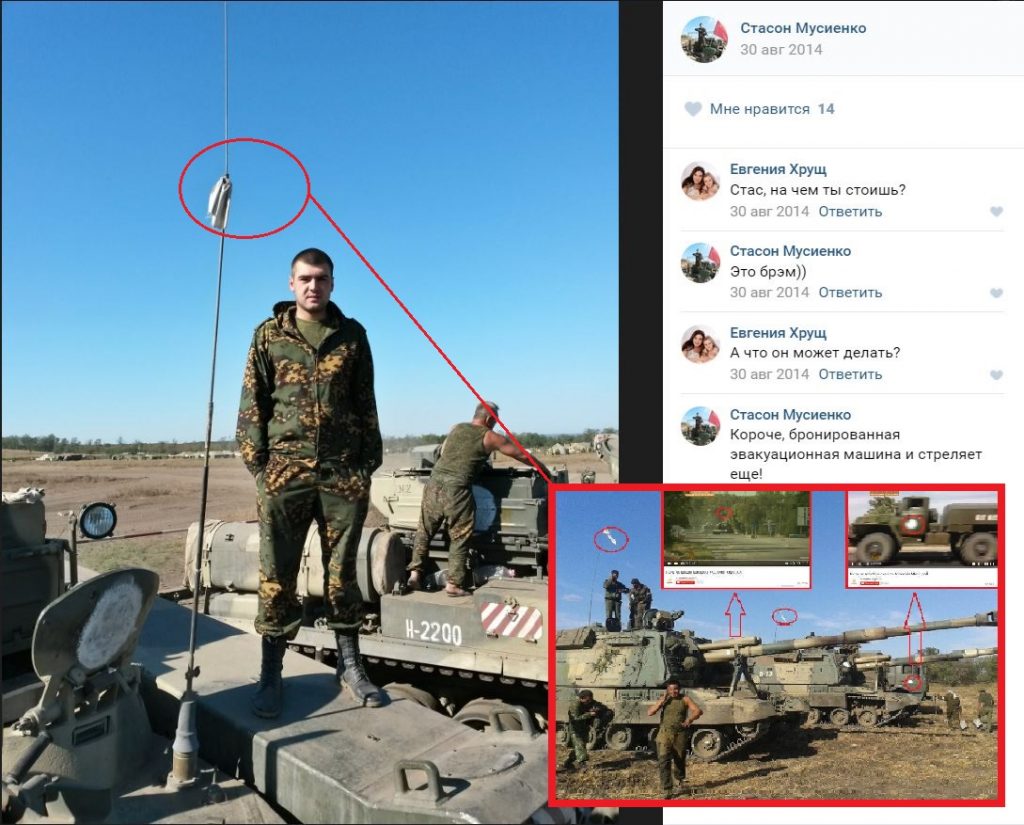 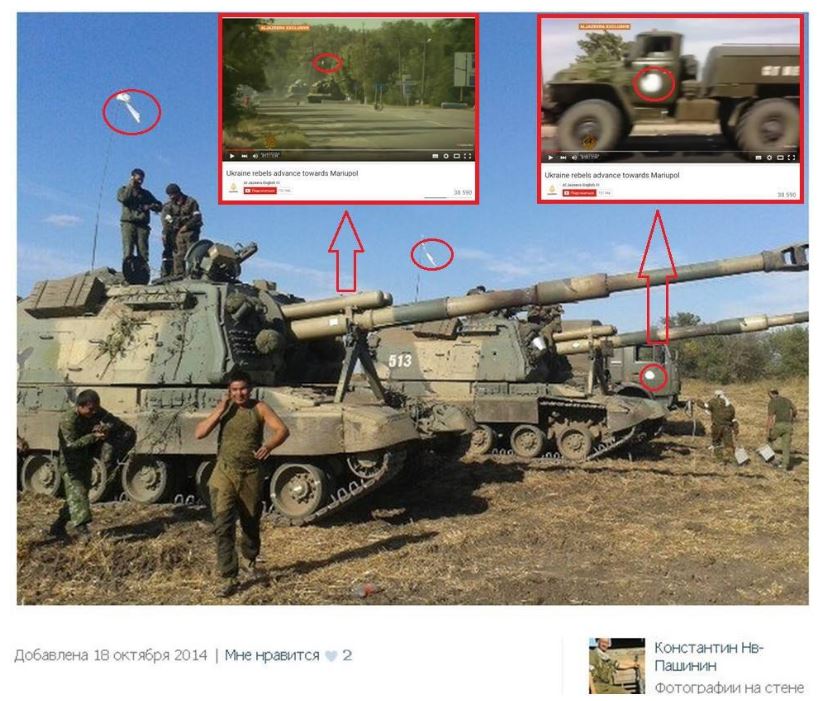 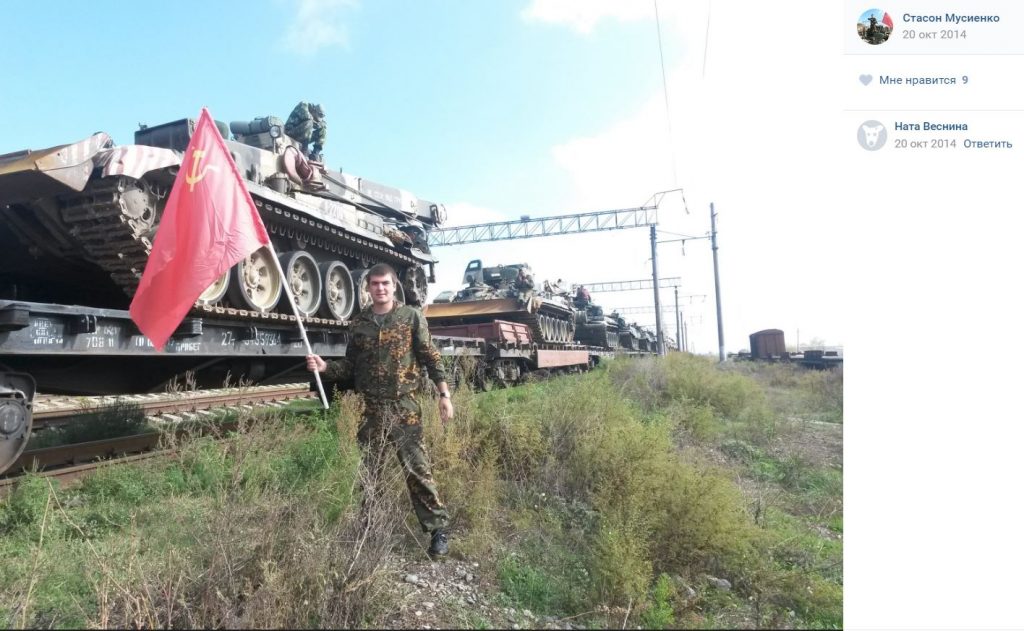 Similar photos with the flag of the USSR against the background of the train can be found in Ivanov’s album, but, unlike Musienko, he uploaded them much later, in February 2015. 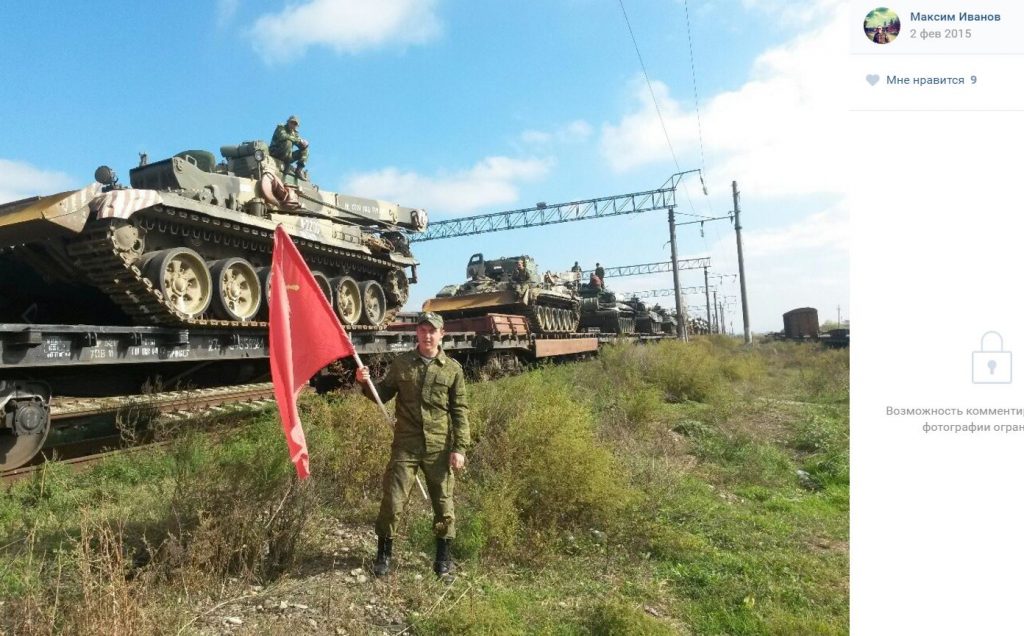 It is noteworthy that among Ivanov’s contacts there are the Russians who were spotted in hostilities in the Donbas. 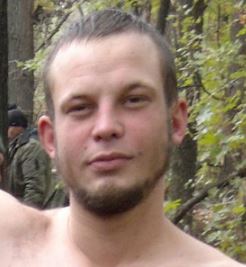 A contract serviceman of the 11th Engineer Brigade (military unit 45767, Kamensk-Shakhtinsky, Rostov Oblast, Southern Military District), who uncovered not only himself in the Donbas, but also a conscript soldier Aleksey Teplykh from the same military unit. Read more in our feature Russian Army conscript seen in Donbas on December 13, 2016. 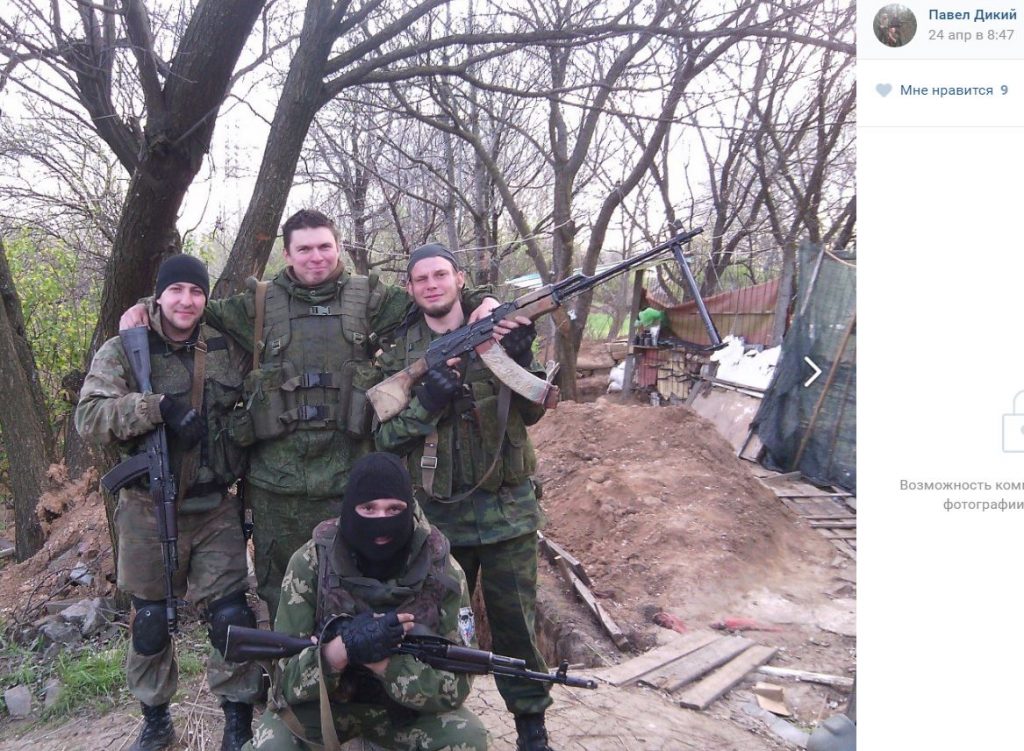 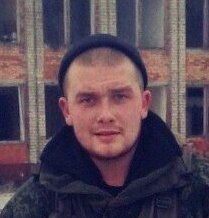 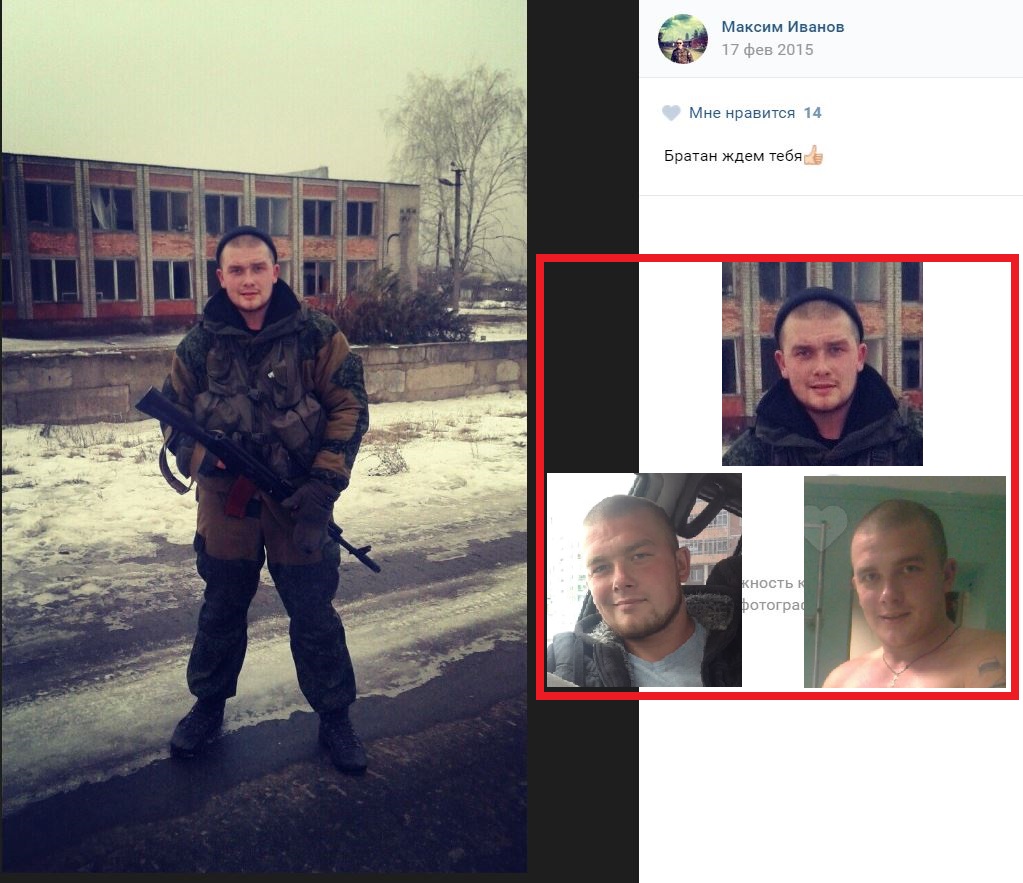 Note: there is a certain outward resemblance between Pavel “Dikiy” (the Wild) and Pavel Makhotin. This could be the same individual.

It should be noted that the tankmen of the 17th MRB, including two officers who took part in the hostilities in the Donbas and were awarded the highest state military awards, were identified by InformNapalm earlier. Read more: 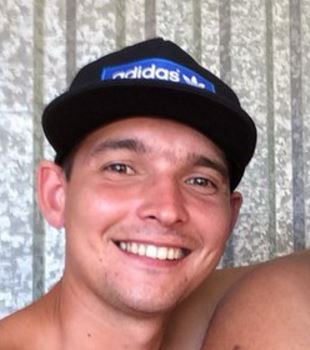 Broskin Dmitry Vladimirovich – a contract serviceman of the 17th Mechanized Infantry brigade, presumably a tank commander with the rank of a sergeant, and a participant of the fighting in Ukraine in 2014. He was awarded the Order of Courage #74773 by the Presidential decree of 12 December, 2014. From June 29 to August 5 he was on leave. 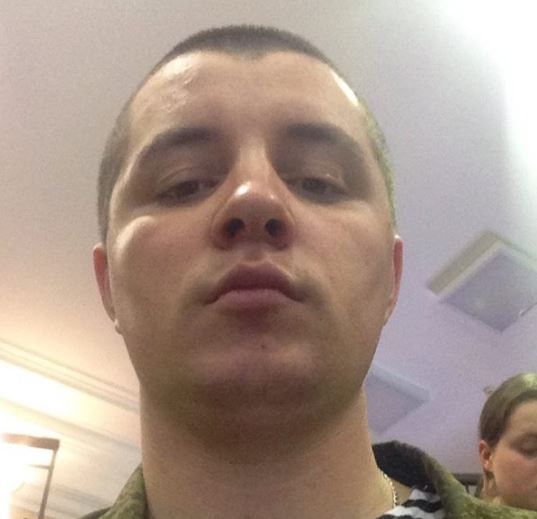 Pupin Maxim Viktorovich, born July 20, 1988, a native of Lesosibirsk of Krasnoyarsk Region, now presumably residing in St Petersburg. In the recent past – a soldier of the 17th Mechanized Infantry Brigade in the rank of a sergeant, a participant the fighting in Ukraine in 2014. He was awarded the Order of Courage. 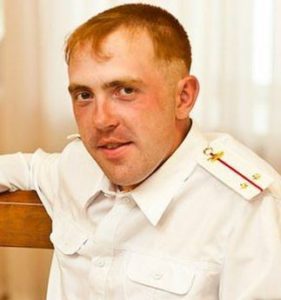 Same year, he began his officer’s career at the 17th MRB in Chechnya.

His career path and government awards are impressive. Less than two years later, Yakimov was promoted to the rank of Senior Lieutenant and to the position of a deputy company commander (presumably in a tank battalion). Moreover, he received awards – a medal and the Order of Courage. 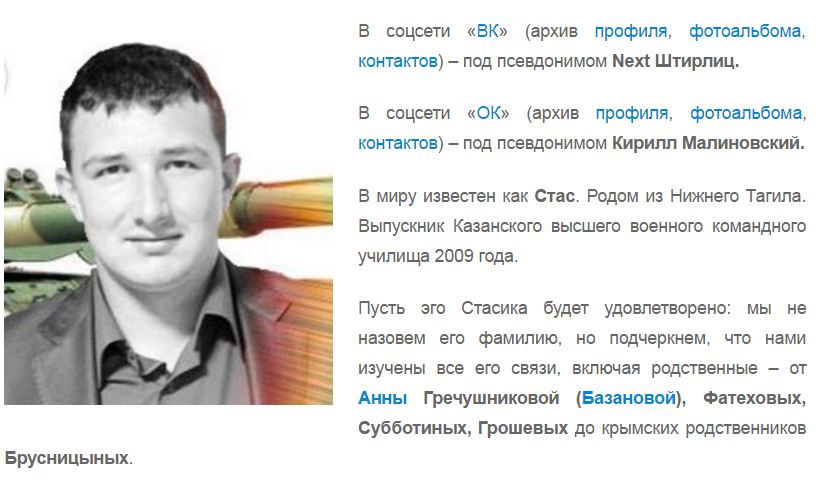 17th MRB featured in 11 episodes of our community investigations, mostly in publications, related to the facts of the invasion and involvement in the fighting in Donbas in summer – autumn 2014: But there is evidence of later participation of contract servicemen from this brigade in Donbas war:

This publication was prepared on the basis of an OSINT investigation of InformNapalm volunteer intelligence community. Author Irakli Komaxidze.   Translated by Andrii Gryganskyi, edited by Artem Velichko.

No Responses to “Tankman of 17th Motorized Rifle Brigade identified: fought in Donbas, got awarded with medal For Bravery”