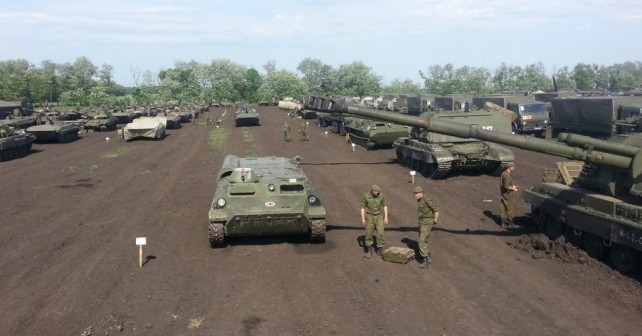 We have reported previously that the Rostov-based group of invasion forces included the 35th Separate Motorized Rifle Brigade (SMRB) of the 41st Army of the Central Military District, military unit 41659 (stationed in Aleysk, Altay region).  There are at least two dozen similar combined battalion or company tactical groups (BTG/CTG) in the area of Rostov region near the Ukrainian border.

Now we would like to reflect on the composition of the 35th MRB BTG and its equipment. According to available information the unit includes at least one tank company (10-15 tanks), 2-3 gun and missile batteries (around 20 self-propelled guns and MRLS systems), an enhanced motorized rifle battalion (around 400 – 500 personnel on IFVs/APCs), air defense (anti-aircraft missile and gun systems), and support units (reconnaissance, engineering, etc.) 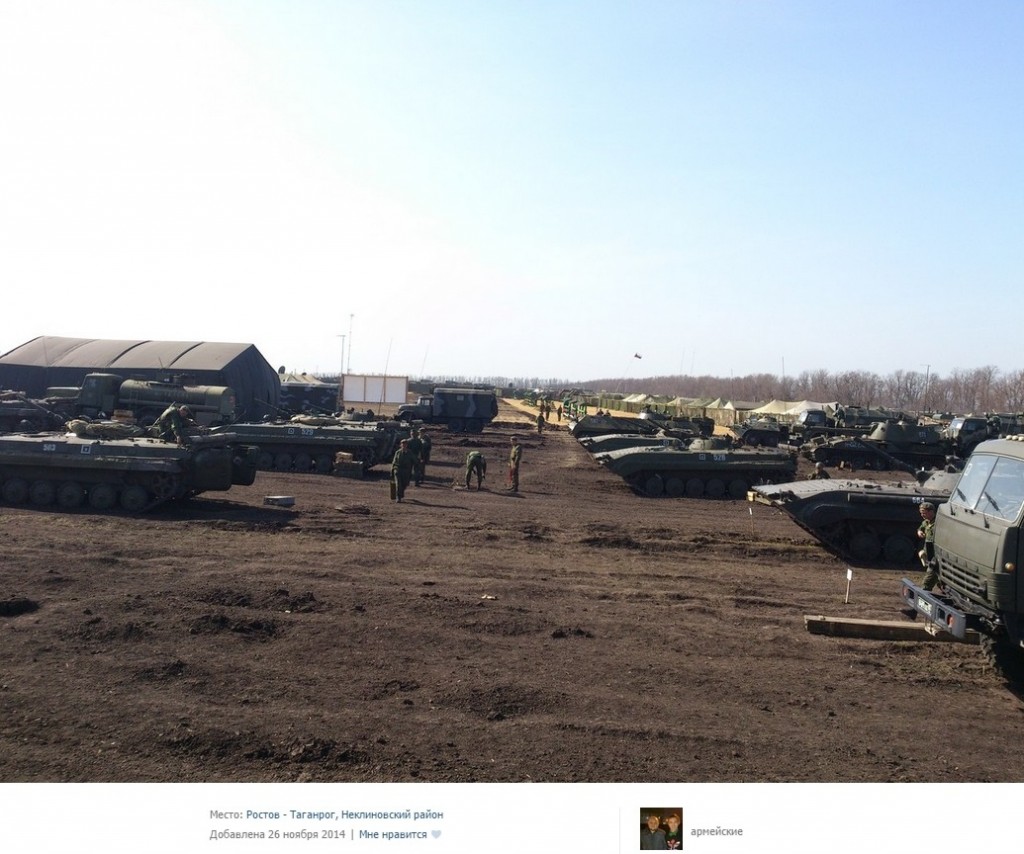 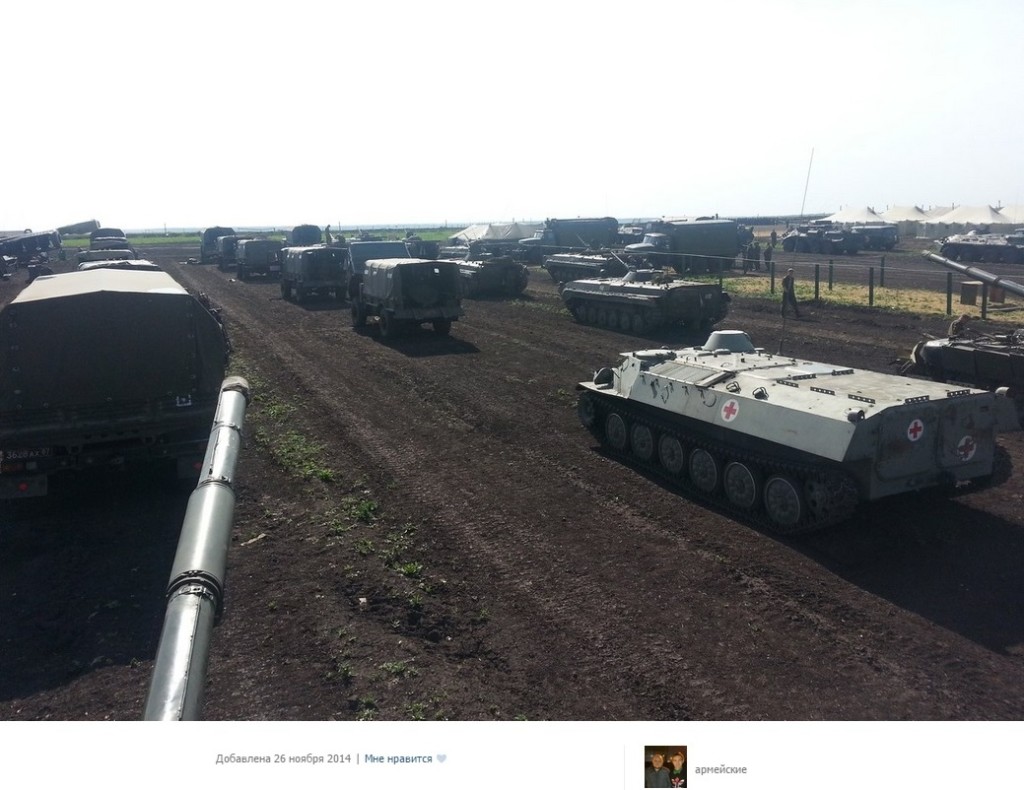 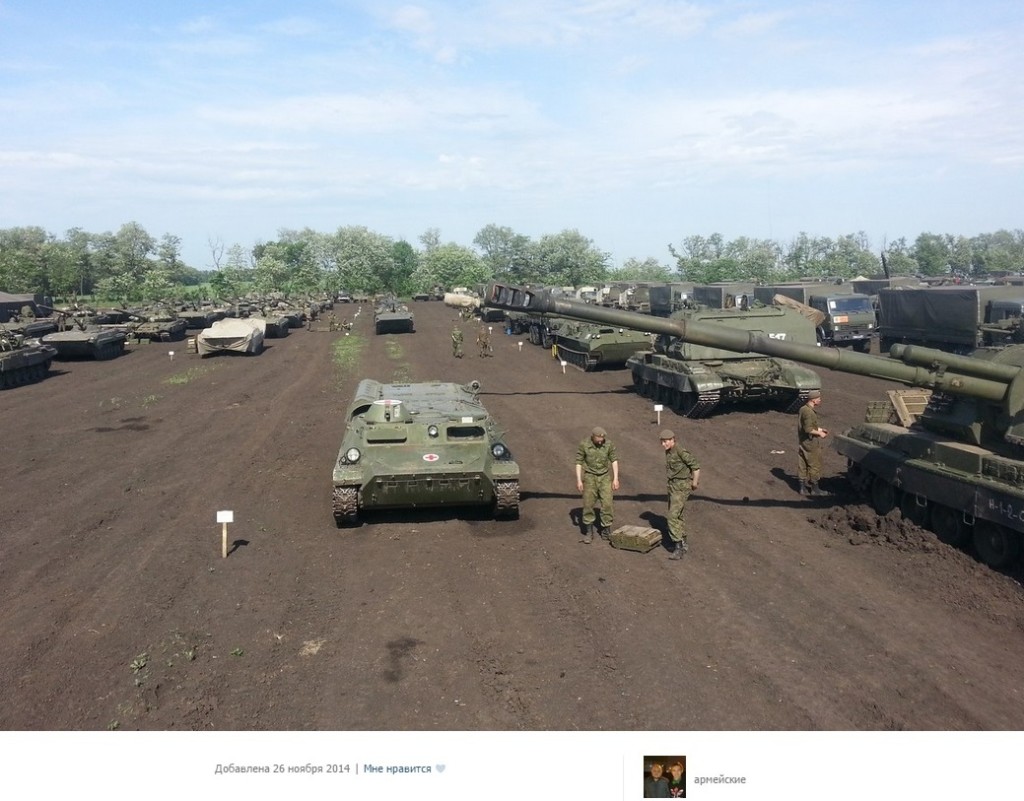 In comparison, for light brigades (for instance, the 8th Mountain Brigade from Southern Military District), the combined unit’s composition is much more modest. We should note that the presented photos of the 35th MRB are not very recent (they are mostly from September and October). Presumably the personnel of the BTG were rotated back to its permanent base in Altay region, while some of the vehicles and equipment were left in Rostov region, to avoid the need to move it back and forth for the next deployment. By now, many of the BTGs from the Southern and Central Districts have been replaced with other units, mainly from the Eastern Military District. The next rotation can be expected in January – February 2015. 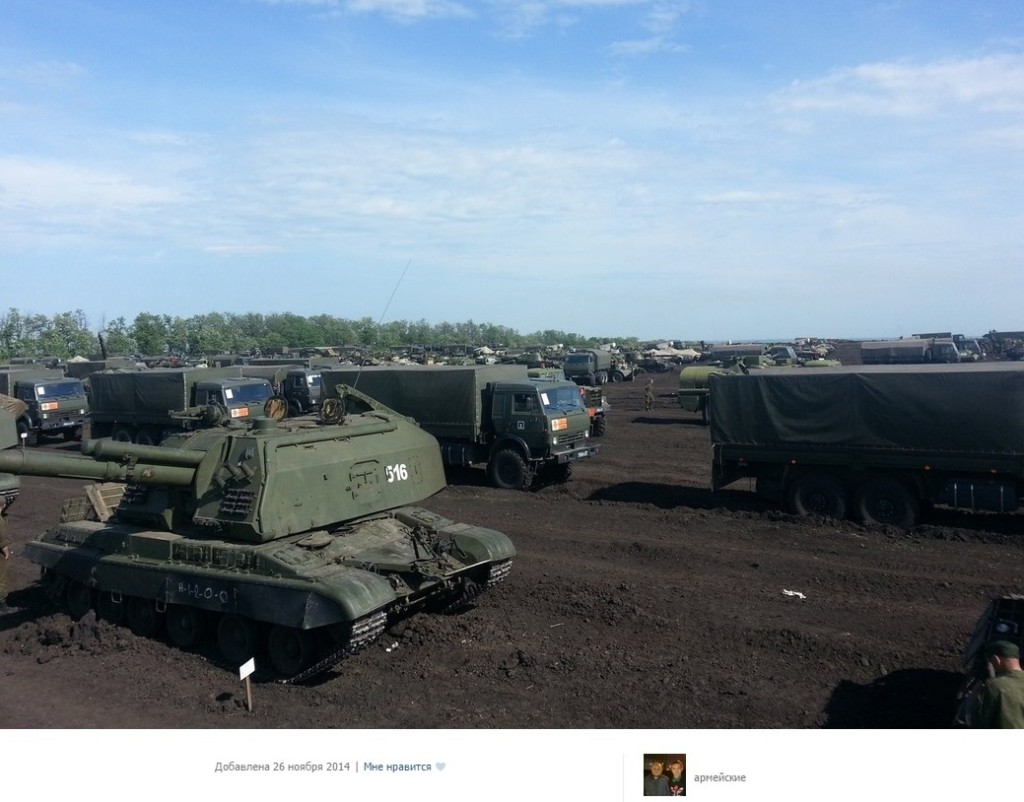 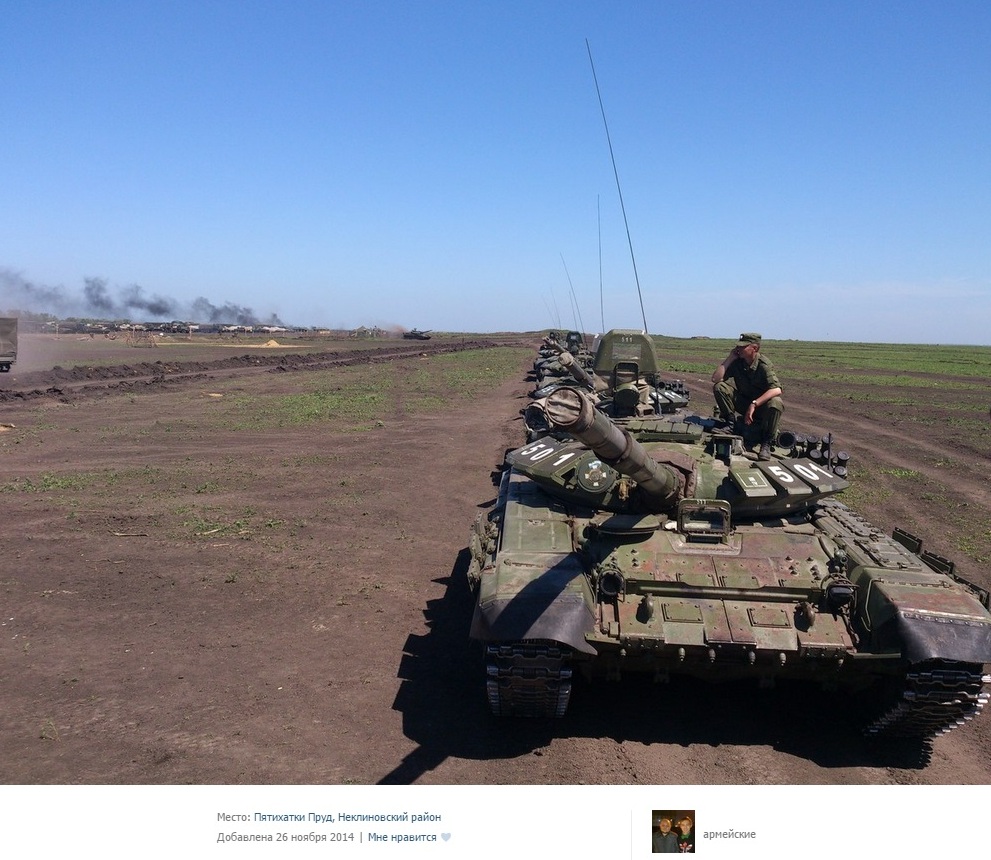 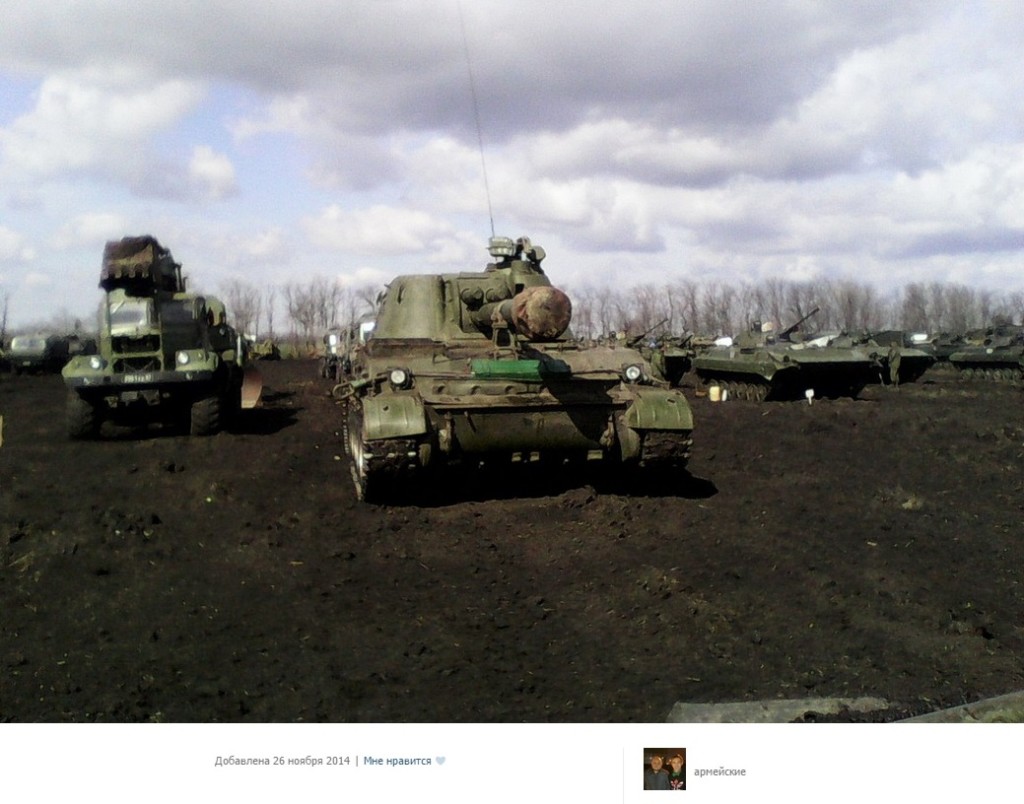 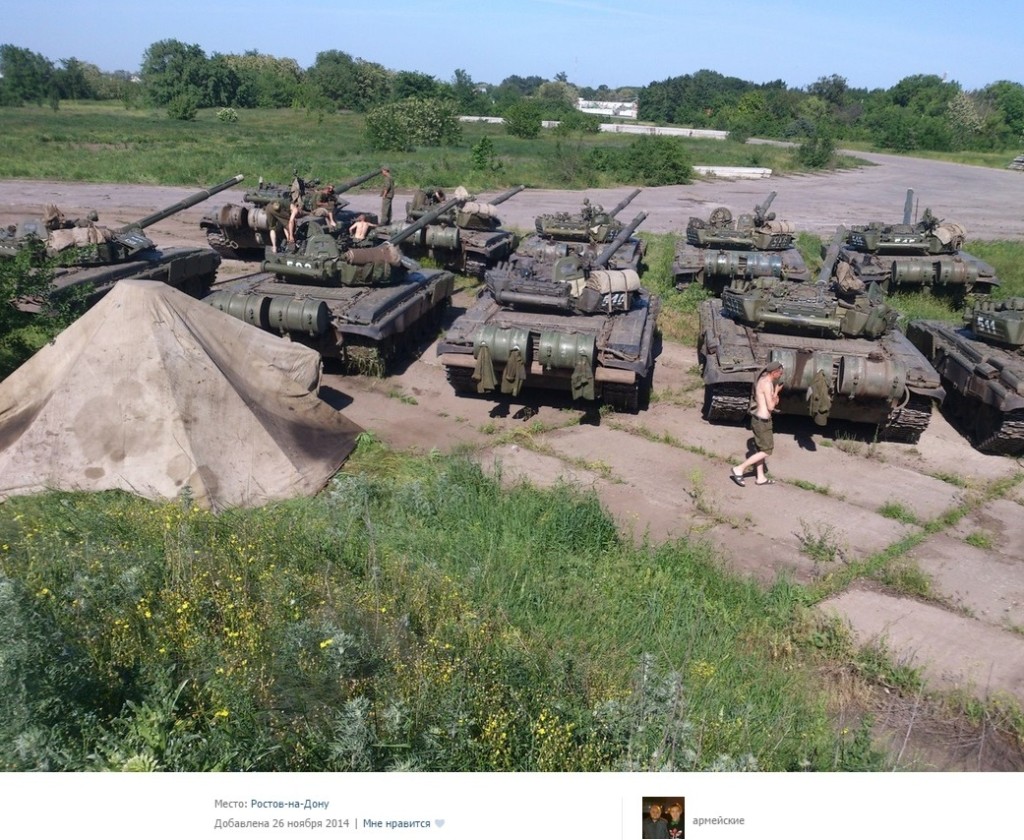 –Tanks of the 35th Motorized Rifle Brigade from Siberia on the border with Ukraine; https://informnapalm.org/blog/2014/10/03/tanky-35-j-motostrelkovoj-brygady-yz-sybyry-na-granytse-s-ukraynoj/

– “Eastern Express”. Russia continues deployment of its troops from the East. https://informnapalm.org/3163-vostochnyj-ekspress-rossyya-prodolzhaet-perebrasyvat-vojska-s-vvo/

© The information was prepared specially for “InformNapalm” site, it is mandatory to refer to the author and InformNaplam, and create a link to our site when copying and using this material.