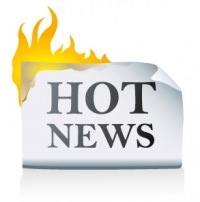 I have talked to Bogdan Dmitriev who was fired at by the “Colorados” in Stakhanov. The guy is 16 years old, his friend (with whom they tried to set the flag) is 15. I have got to know a lot of interesting details. For example, they had to call the police several times: Bogdan says that they “inanely hung up”. It took 45 minutes for the duty detail to come. Cops hate the guys for their pro-Ukrainian position and do not really hide that. The officer of the criminal investigation department who interrogated Bogdan had St. George’s ribbon hanging in his office.

When I asked Bogdan what their insane by today’s times in Donbass act was dictated by, he simple replied: “Well, first we thought it would be beautiful — the Ukrainian flag in the center of the city at the top of the waste bank. Secondly, I don’t want to [live in] Russia. Thirdly, I do not want to live next to drug addicts and drunkards”, thus briefly but succinctly described the local contingent of “vatniks” (http://weirdrussia.com/2014/04/05/vatniki-meme/)

So? What do you think about this image of “Donbass character”? People who grew up and became patriots in conditions of devastation, stagnation and the wildest Russian propaganda should be treasured. While they exist, Donbass cannot be considered finally doomed.