Dual Use Goods: Russia Uses Garmin Navigators in the War Against Ukraine and Syria 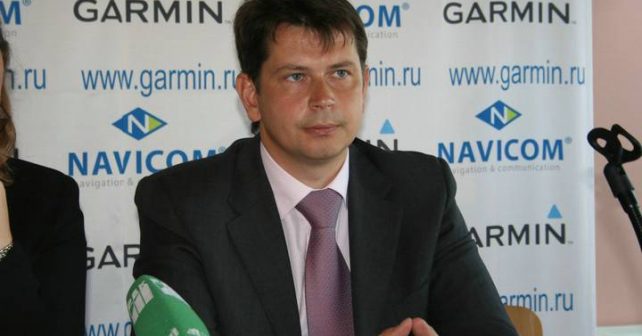 The Russian company Navikom, which represent the US-Swiss company Garmin on the Russian market, supplies dual-use high-tech navigation and does not hide the fact that the Russian military is among its customers. For this reason, InformNapalm is publishing inside information on Navikom (navicom.ru) activities and the data on the deliveries by the company of Garmin (garmin.com) navigators for use in combat helicopters, as well as evidence of the use of the navigation devices in the combat area in Ukraine.

InformNapalm volunteers obtained the audio recording of a conversation between a buyer and a seller about Garmin navigators in a Navikom store in Moscow. The person that provided us the record noted that the Navikom representative praised the advantages of Garmin navigators, emphasizing that the Russian military purchased these devices and maps for use in Ukraine and Syria, and that Navikom management cooperates with Russian military, consulting and training them on the use of this navigation equipment; updating and correcting the data for some topographic areas, points and heights. At first glance, this does not seem like a big deal, but Garmin is a Swiss-American company, and it supplies dual use goods to the Russian market. So, what about the sanctions? 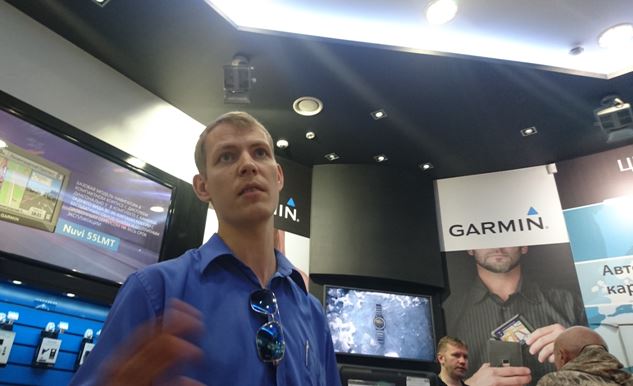 InformNapalm researched the deliveries of Garmin equipment to Russia during the period of the sanctions on the supply of military and dual use goods. In particular, we established the following:

It is not a secret that MAC works closely with the Russian defense complex, and, of course, no one can guarantee exclusively non-military use of this equipment and that the contract does not serve as a cover for the supply of equipment for military purposes. Especially because MAC has received the license for the development and production of aviation equipment (# 10656-AT-P, # 10675-AT-P), including the dual-use kind.

In December 2014 the helicopters were delivered to the Western Military District, in July 2015 the FSB announced a tender for the supply of Mi-35 helicopters. The export of these helicopters is a separate issue. 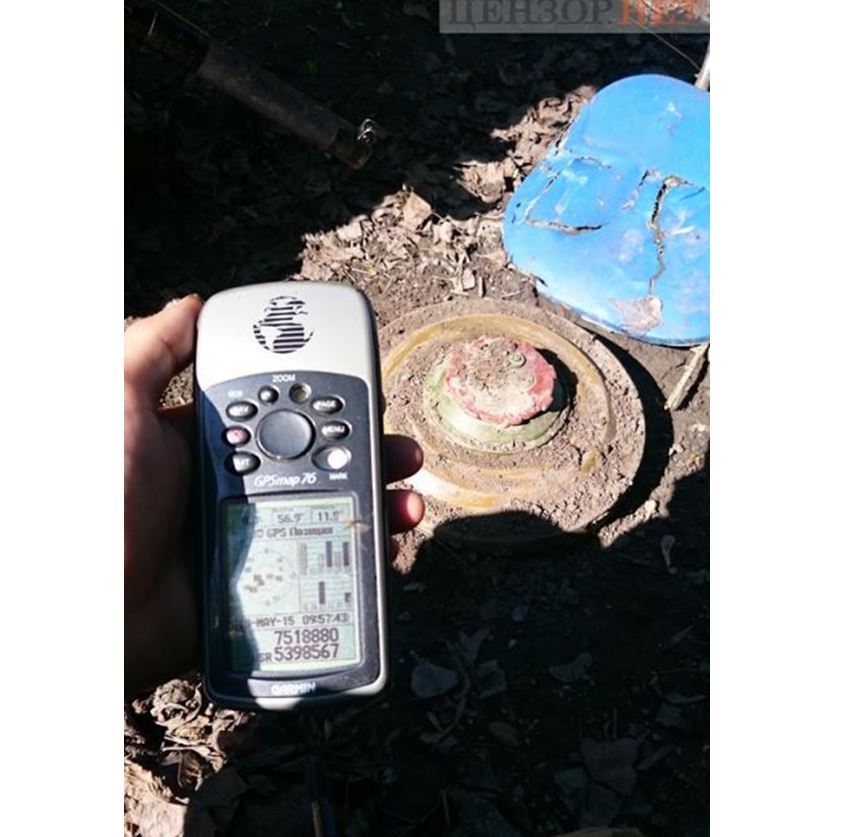 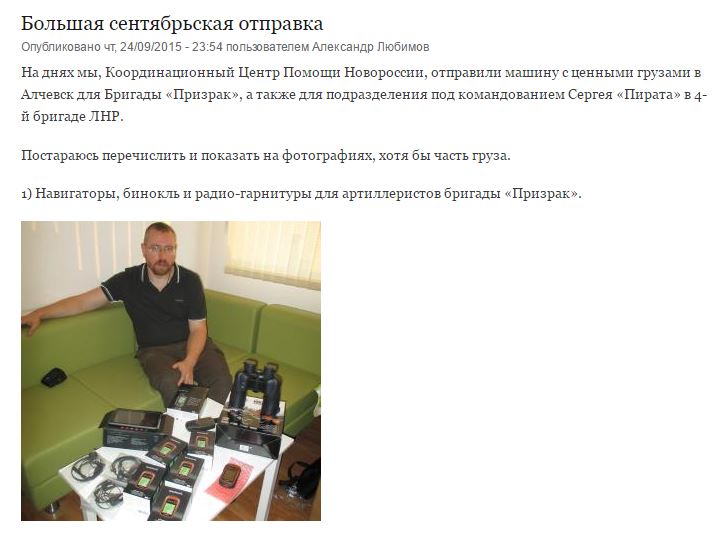 Photo (text of the message above the photo): Big September delivery Published on Thursday, 24/09/2015 – 23:54 by the user Aleksandr Lyubimov. A few days ago we, the Coordination Center of Assistance for Novorossiya, sent the car with valuable goods to the city of Alchevsk for the Prizrak Brigade, and also for the unit commanded by Sergei “Pirat” in the 4th LPR Brigade.

I will try to list and show photos for at least some of the goods.

1) Navigators, binoculars, and radio headsets for the artillerists of the Prizrak Brigade. 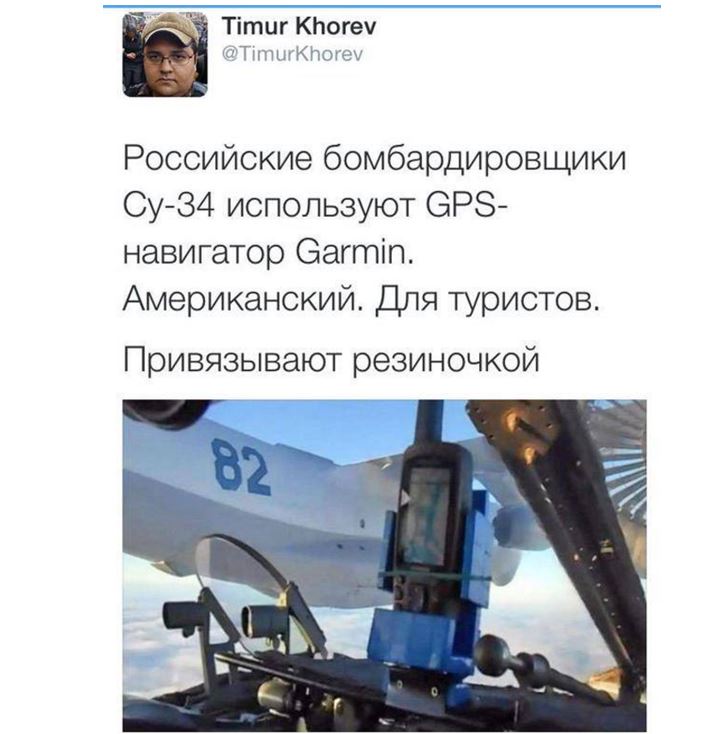 Photo (text of the tweet: Russian Su-34 bombers use Garmin GPS-navigator. American. For tourists. Tied with a rubber band.)

It turns out that the Russian military and the terrorists carry out military operations against the Ukrainian Army using equipment produced, among other places, in the United States – the country that has consistently advocated the application of sanctions to the aggressor and supports Ukraine in protecting its independence and territorial integrity. Even if in the case of Sergeant Alexandrov it was not a direct delivery to the Russian Ministry of Defense, then based on the above dialogue in the Navikom store, this is a dual-use product used in the undeclared war by the Russian military in the territory of Ukraine.

Existing US sanctions: On March 27, 2014, U.S. Department of State placed a hold on the issuance of International Traffic in Arms Regulations (“ITAR”) licenses for the export of defense articles and defense services to Russia. On April 28, 2014, the hold on licenses was changed to a policy of denial for defense articles or defense services to Russia.

We hope that our publication will serve as a signal for further proceedings on this subject. We hope that the competent US authorities will examine the supply of military and dual-use goods to the Russian Federation, which the aggressor country uses, bypassing the imposed sanctions. We also hope that Garmin will review the activities of its exclusive distributor in Russia ZAO Navikom and will substantially restrict the available product range to include only the products of strictly civilian use.

We thank Katherine Yaresko and Dmitry K. for the collection and analysis of information.

No Responses to “Dual Use Goods: Russia Uses Garmin Navigators in the War Against Ukraine and Syria”