General Summary as at November 1, 2014 by the InformNapalm Group 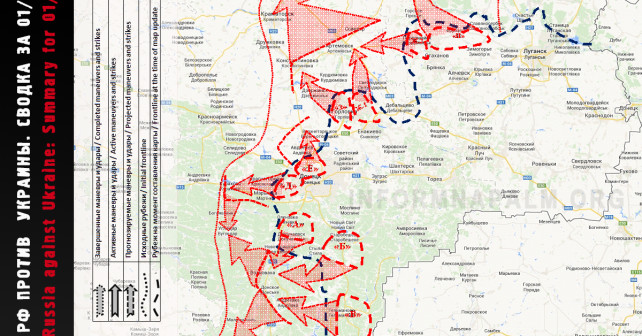 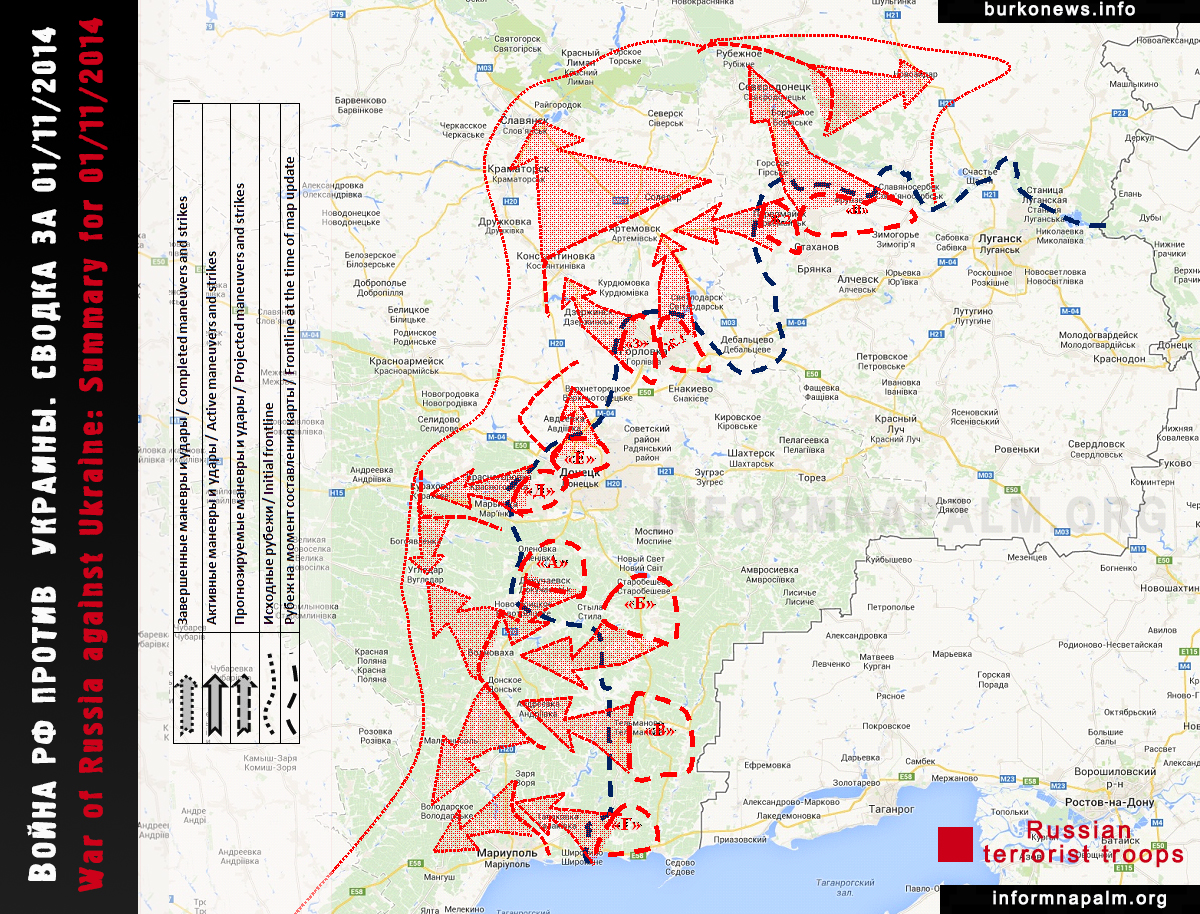 We observe mass rotation of personnel of militant groupings, at that local “militia” is replaced with Russian servicemen. For example, in Olenivka the majority of personnel standing at checkpoints belongs to the Armed Forces of the Russian Federation. In Petrovskyi district of Donetsk over the past three days the local militants disappeared; the locals confirm availability of many Russian servicemen. It is most likely that the Russian soldiers replace out-of-control militants. There is a high probability of deployment of a frontline control center in the area of the spoil tip of the “Chekist” mine (47°58’14,89″N, 37°34’23,95″E — unfinished military object). This is confirmed by cordoning off the village of the mine and deployment of communications in the area of Markina Street.

It should also be noted that there is an increase of personnel and armored vehicles in Alchevsk, Bryanka, Perevalsk, Horlivka, Yenakijeve settlements, and formation of reserves in Rovenky, Antratsyt, Snizhne, Krasnyi Luch.

We observe accumulation of the attack forces in the area of Telmanove, Pervomaiske, Krasnopillya, and deployment of field hospitals in that area. Because the part of the E-58 highway in the area of Samsonove-Bezimenne is blocked, we can make a conclusion of presence of enemy armored vehicles there.

Diversionary groups of the enemy were observed in the area of Kostiantynivka (the locals reported of firing of small arms in the evening of October 30), Debaltseve (groups of snipers arrived there to destroy gunners of Ukrainian artillery), Mariupol.

Thus, the combined forces of the Russian Federation and LPR and DPR terrorist organizations are ready to a full-scale attack in several directions.

Supposedly, the primary directions of attacks will be:

The specified attacks will be supposedly preceded with shelling of Kramatorsk (possibly from BM-30 “Smerch”) and other settlements where the Headquarters of the sectors are located, with the aim to disrupt the control over the ATO forces.

The reason for the full-scale attack will probably be a powerful provocation, which will happen during the elections on November 2, 2014.

The signs of preparations for the provocation are: painting of the identification marks of the Armed Forces of Ukraine on Russian armored vehicles, as well as the announced rally of “Patriots of Ukraine” in Donetsk and Luhansk. Supposedly, densely populated districts of Donetsk and Luhansk will be shelled from the border area (long-range artillery and MLRS BM-21 “Grad” is located on the western outskirts of Donetsk — their deployment to a minimum distance from the contact line contradicts the logic). The similar pattern is observed in other settlements.

Thus, November 2 will become the checkpoint for the beginning of full-scale military operations by terrorists. However, the attack will begin supposedly on November 4 or 5 because the terrorists need to sum up the results of elections if their leaders want to pretend to look legitimate. After that the “legitimate” government of the newly created Donetsk and Luhansk People’s Republics will declare war on Ukraine. In this case, the Minsk agreements will lapse, and the Russian Federation will ally with the terrorists in the war. This will give the terrorists an opportunity to use tactical operational missile complexes in addition to what they have so far.

Rumors among the DPR fans in Kramatorsk and Slovyansk indirectly confirm the date of November 4/5. According to them, the DPR is planning to return to these settlements on those days.

10 Responses to “General Summary as at November 1, 2014 by the InformNapalm Group”