On October 29 a video appeared on the Internet showing “T-72” Russian tanks, with white dot identification markings, captured in Ukraine. Unfortunately, there is no information about the time and place in the video; if anybody has this information, please feel free to share it. 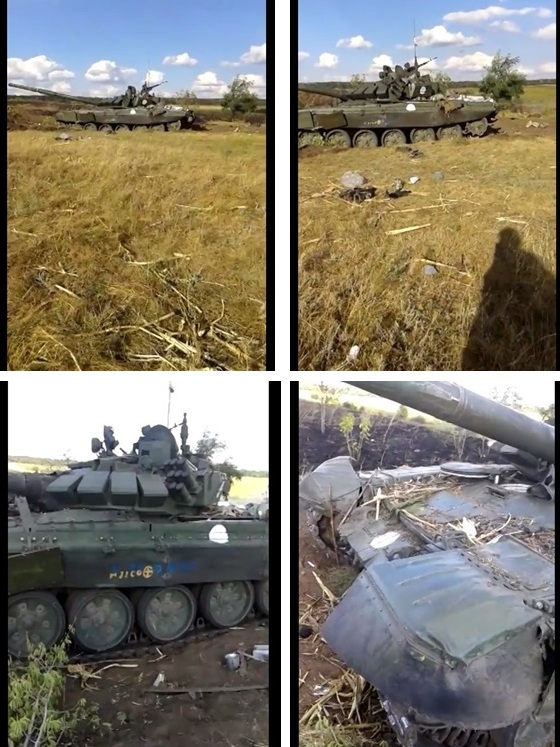 Similar Russian “T-72” tanks (of B3 or D3 modification) with white identification dots have been seen earlier. However, they were seen in Russia, near Latonovo village (Matveev Kurgan district of the Rostov Oblast). The tanks were identified as belonging to the 6th Separate Tank Brigade (military unit 54096), transferred from Mulino (Nizhny Novgorod Oblast, Russian Federation). 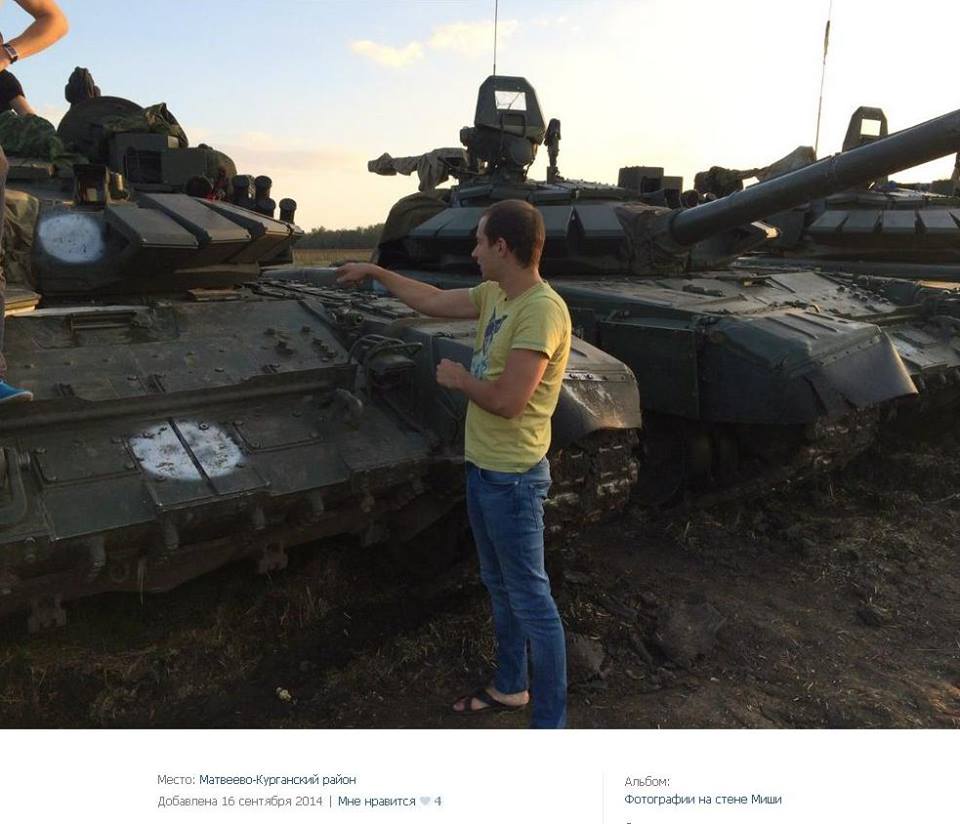 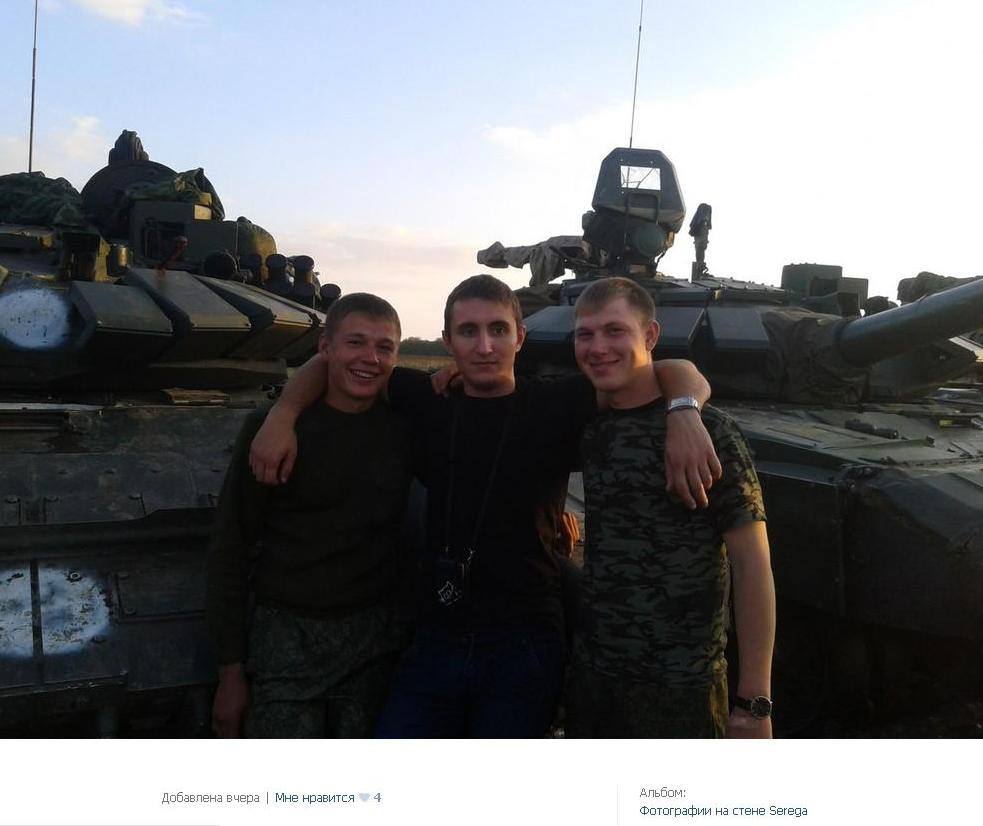 We saw these tanks destroyed by the Ukrainian military near Starobesheve. That time the Russian propaganda tried once again to confuse, and said that the tanks were Ukrainian.

On the first photo you can see the tank from the October 29 video, the other three photos (from the previous posts) show tanks of the 6th Tank Brigade with white dots of quick identification.

More details can be found in these articles: