Today a malaysian passenger plane crashed in Ukraine near the Russian border. The leader of DPR terrorists, Igor Girkin, took responsibility of shooting MH17 down as evidenced by the screenshot of his official Facebook page: 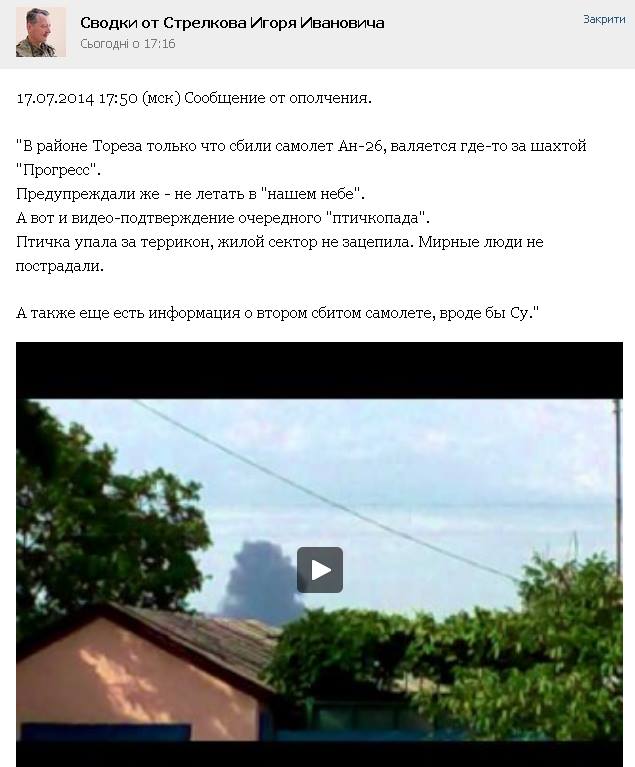 Below is the translation from Russian to English of his post (as close to the original as possible):

“In the area of Torez [we have] just shot down An-26 airplane, [it is] lying somewhere behind the “Progress” mine”.
[We] did warn [them] – do not fly in “our sky”.
And here is the video confirmation of this “bird falling”
The bird fell behind the waste heap, it did not hit the residential area. Civilians were not hurt.

Also there is information on the second shot down aircraft, possibly Su.

However, once Girkin realized what they actually shot down and that they are responsible for 295 deaths of innocent people, he removed that post from his Facebook page.

This screenshot shows how his page looked approximately 1.5 hours ago: 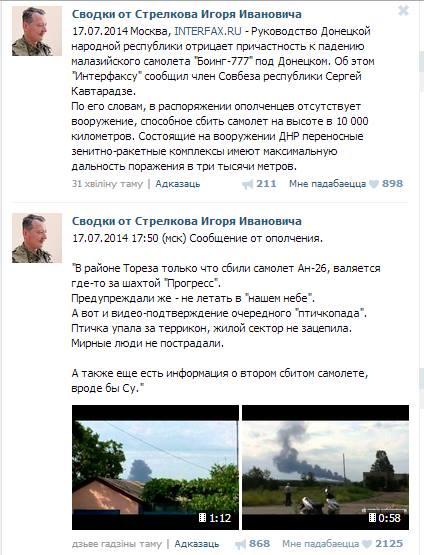 And this one shows how it looks now: 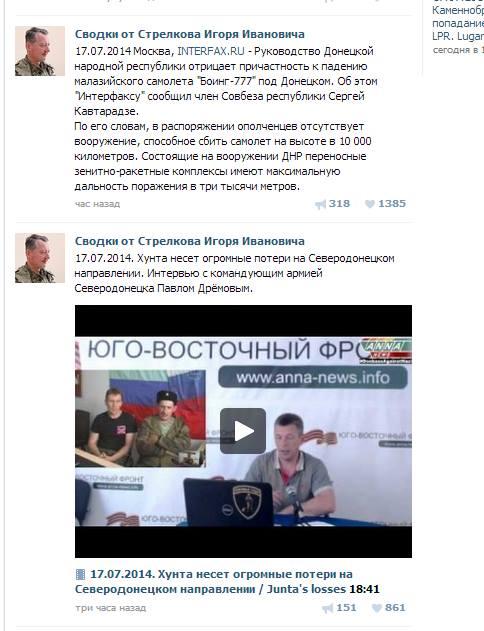