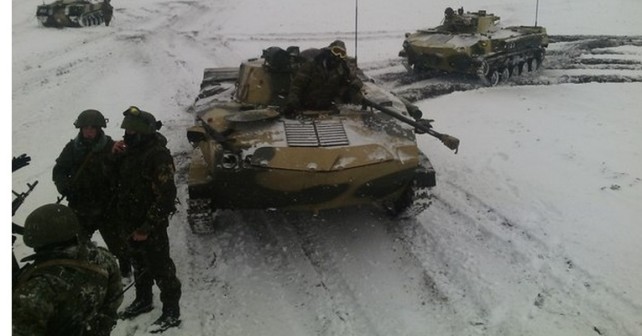 While identifying Russian army units involved in the recent Donbas battles, we would like to analyse consolidated unit of the 106th Airborne Division and the 4th Armored Division.

It is worth noting that on the photographs posted online by some Russian paratroopers from the battalion tactical group of the 106th Airborne Division (where Russian servicemen are posing in front their military machinery back in December 2014 in the Rostov Oblast on the border with Ukraine) we see vehicles that are unusual for the air assault troops, e.g. T-80 tanks with a jammed ID numbers. 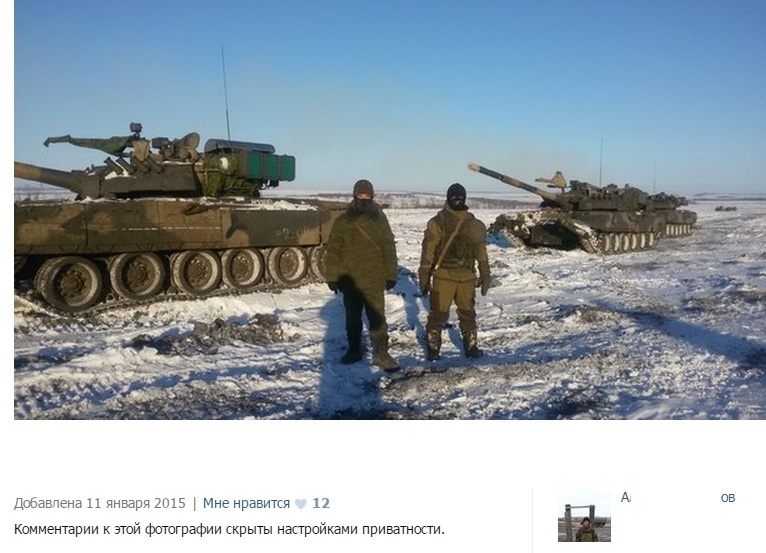 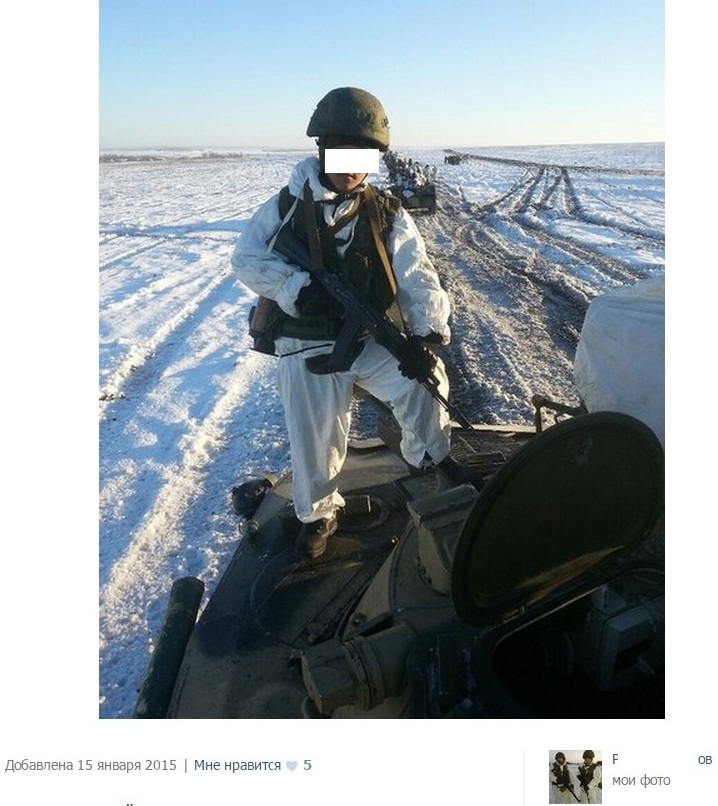 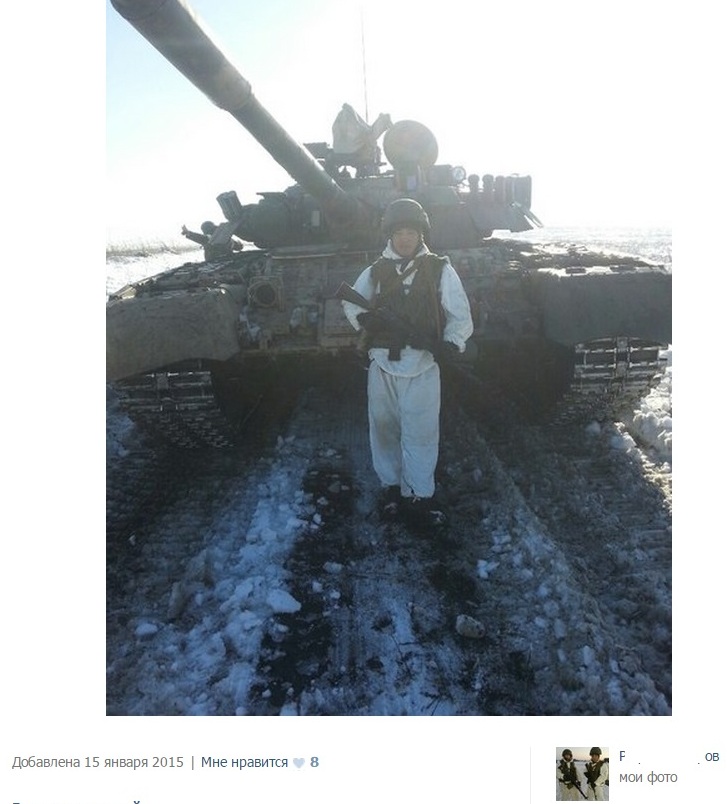 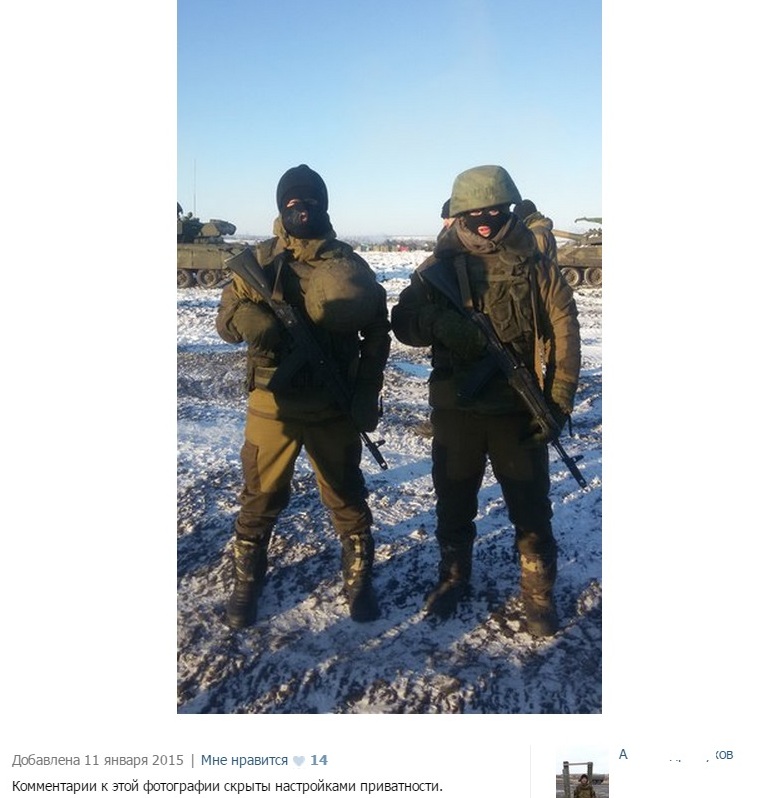 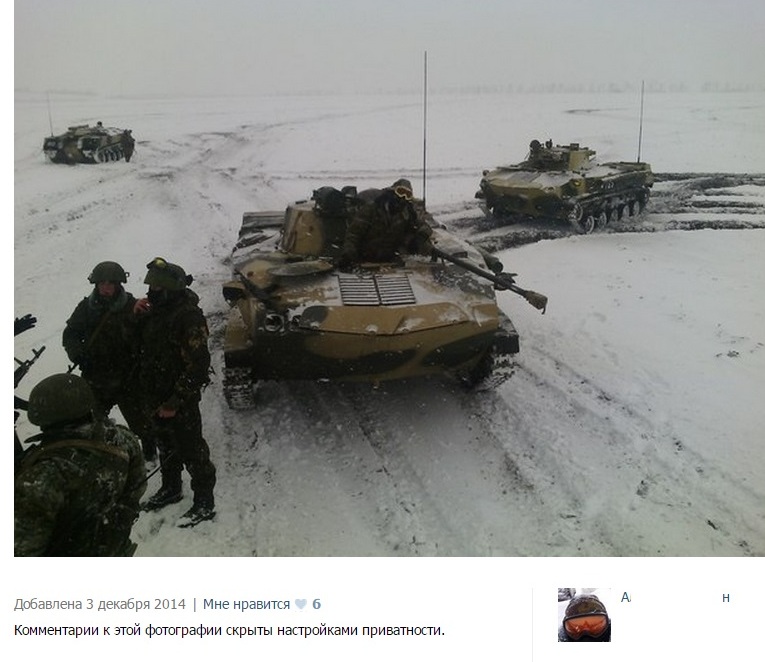 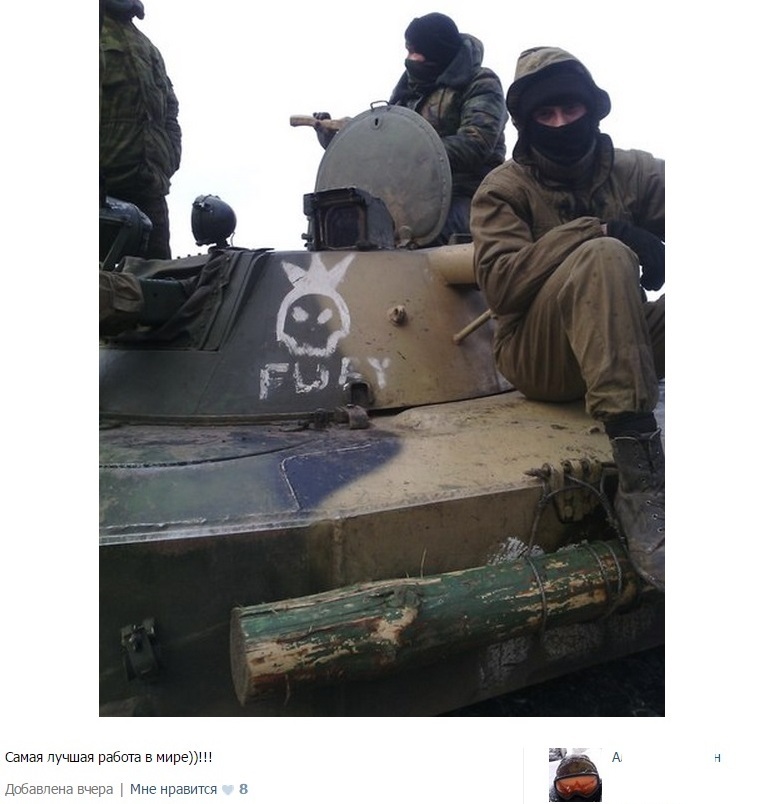 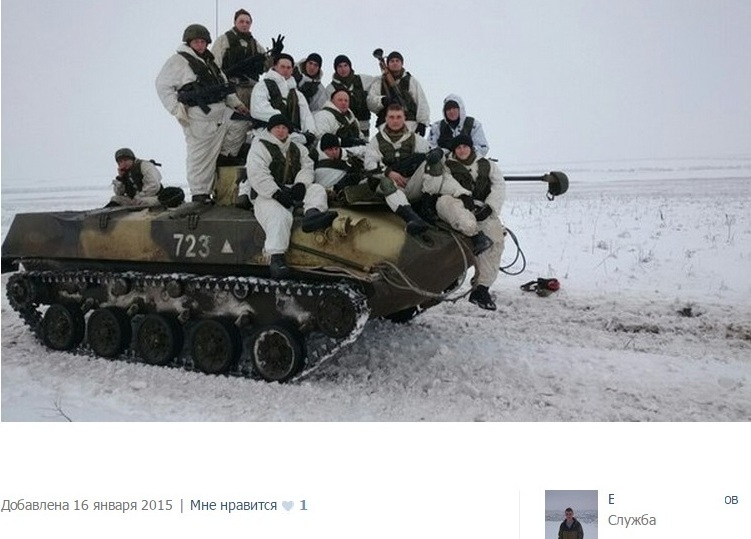 We should point out that T-80 tanks are not so common in the Russian Army. They are still in service with the 4th Panzer ‘Kantemirovsk’ Division of the Western Military District, military unit #19612 from Naro-Fominsk, Moscow Oblast of Russia.

There are 90 tanks of T-80 model in the 12th and 13th regiments of this division and there is a plan to replace these tanks in near future with more modern Т-72 model. The fact, that these tanks belong to the 4th ‘Kantemirovsk’ Division, could be indirectly proven by the information that appeared in the end of December 2014 (‘Kantemirovsk’ Division in the Rostov Oblast, publication is in Russian).

At this point we should recall the work of Al Gri — an expert on video monitoring and equipment identification from InformNapalm team (Identification of the enemy forces: tanks T-80 at the border and the Tor-M2 (SA-15 Gauntlet) missile system in Shakhtarsk, Donetsk Oblast, publication is in Russian) and the video record of Russian military convoy rushing from the Rostov Oblast in the direction of Ukraine. T-80 tanks are clearly visible in this video record, as well as APCs, self-propelled mortars and APC-based anti-aircraft guns, which we have identified earlier in December 2014 (137th anti-sabotage platoon of 106th Airborne Division in the Rostov Oblast, publication is in Russian).

Considering the above mentioned material, as well as the latest information on possible losses of the armored group of the 106th Airborne Division (Cheerful Sasha is not cheerful anymore), we can come to the conclusion that by January 20, 2015, at the time of Donbas military conflict escalation, the battalion task force of the 106th Airborne Division has arrived to Ukraine among multiple other Russian units. This unit was reinforced by at least one T-80 tank company from the 4th Armored Division.

Presumably by now part of the paratroopers of the 106th Airborne Division are partially recalled from Donbas and returned to the field camp, located in the Rostov Oblast of Russia.