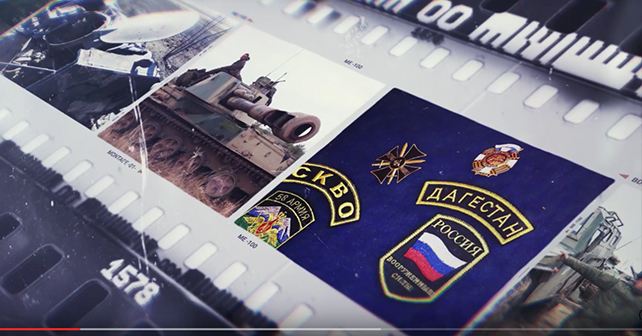 InformNapalm international intelligence community announces that in the end of March, 2017, it will release a series of publications disclosing the lists and personal data of more than five hundred soldiers and officers of the 58th Army of Russia, the Army most involved in military operations, who have served in the Ukrainian Donbas. We will publish the data of all scouts, tankmen, artillerymen and other military personnel sent on the orders of the command of the Southern Military District of Russia to carry out combat missions. Their details of their awards and deaths, positions, titles and personnel numbers – everything will be made available to the general public. We will show a new level of the open source intelligence (OSINT) backed up by the facts from the classified documents. The war criminals will be held accountable. The Hague awaits.

As we know, on January 13, 2017, Russian mass media informed about the replacement of the command of the 58th Army of the Southern Military District of Russia. Major General Yevgeniy Nikiforov became the new Commander-in-Chief of the 58th Army which is the most involved in military operations. He replaced Major General Sergey Kuzovlev, who had been appointed Commander-in-Chief only five months before. Both generals had had assignments to Ukraine.

The life of Major General Yevgeniy Valerievich Nikiforov is full of significant events: two assignments to Chechnya (1995 and 2000), followed by appointment to the position of Deputy Commander-in-Chief of the 58th Army (Vladikavkaz). From spring of 2015 till July, 2016, he commanded the “army of the Donetsk People’s Republic (DPR) and Luhansk People’s Republic (LPR)”. His call sign is Tambov.

We know, that call sign Tambov is transferable and used to belong to Major General Kuzovlev. As early as in January, 2015, we published a story on him and his role in military operations on the temporarily occupied territory of the Donbas. In March-April, 2015, Kuzovlev was recalled to Russia. He was replaced with Major General Yevgeniy Nikiforov who inherited the same call sign, Tambov.

InformNapalm is going to continue this series with more stories. In our next publications we will give an account of missions to Donbas, which the Russian military command tried to cover. Their confidential details were leaked through the chief of staff of one of the units within the 58th Army of Russia.

Information specially prepared for InformNapalm.org. An active link to the author and our project InformNapalm.org is obligatory for full or partial use of the material. (Creative Commons — Attribution 4.0 International — CC BY 4.0 )
For notifications about InformNapalm investigations follow us on Facebook and Twitter.