InformNapalm’s Operational Summary of the War in Donbas for January 20, 2015 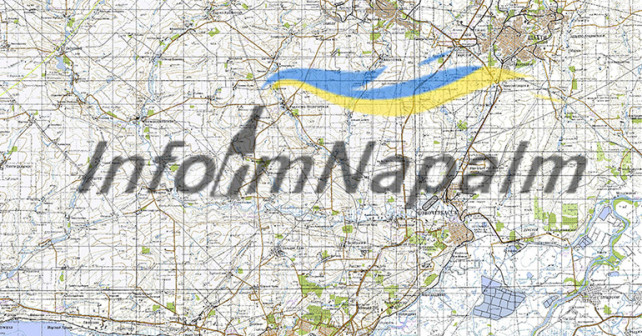 The major topics of the last days are the Donetsk airport and situation around it, which drawn all the attention of the readers.

The Donetsk airport became a kind of a fetish. That is why the Russian propaganda used the airport to refocus the attention of the audience easily.

We would like to show the bigger picture, because the situation around the Donetsk airport is only red herring on the battleground. On top of that the unsuccessful ‘foggy sortie’ to the new terminal and captured Ukrainian soldiers also interfere the literal perception of the events.

The information about two Russian battalion tactical groups (600-800 people) put on the alert, but did not give a clear idea about the intentions of the enemy inasmuch as there is no official information on the areas of their destinations. According to our own sources one BTG was spotted in the Luhansk region, and the second group was found in the area of Telmanove in the direction of the Mariupol. Some units went to the replacement and suffered losses.
The main Russian arming routes: Matveev Kurgan (Rostov Region, Russia) — Ilovaisk (Donetsk region, Ukraine), Novoshakhtinsk (Rostov Region, Russia) — Antratsyt (Luhansk Region, Ukraine), Kamensk-Shakhtinsky (Rostov Region, Russia) — Luhansk.

Let us analyze the last events on base of the previous summaries. After the attack of the Donetsk airport by the ATO forces (remember on the moment of the attack only the new terminal was under control of the Ukrainian forces) the terrorists dramatically increased the activity in the area of Dokuchajevsk (Donetsk region). The enemy convoys started movement from Starobesheve and Komsomolskyi to Dokuchajevsk. Moreover, the enemy transferred its military equipment to the South towards Mariupol.

Thus, the first stage, a diverting attack, was completed, and all the attention shifted to the Donetsk airport and the sector M. On January 20, terrorists began to develop offensive to Lysychansk (Luhansk region) direction, this is confirmed by the fighting for the 31st checkpoint. Note that the harmonious work of the Ukrainian forces units left no chances to the enemy forces arrived to the Slovyanoserbsk area (Luhansk region) to achieve significant success.

Currently we should expect attempts to breakthrough towards the Artemivsk (Donetsk region) direction. Considering the strange enemy maneuvers in Horlivka during the day, it can happen under the guise of a simulated attack.

We would like to point out that those are not the last crossings of the Ukraine border by the Russian battalion tactical groups; we expect to hear about similar incidents on January 21st and 22nd.

The monitoring of social media pages of the Russian military personnel proved the enemy plans to bring new Russian troops to cross the Ukrainian border under cover of fog last night. Indirectly these data are also confirmed by movement of the Russian groups in camps near Rostov-on-Don, where they have stood for more than 3 months. Many Russian soldiers were bragging to their friends that they would go to Donetsk last night. Of course, we should not exclude the information game, but we are carefully recording the intentions to perform the combat task by the enemy.
Our observers also point out that the transfer of ammunition via Makiivka to Donetsk by the N21 highway has doubled its pace. If earlier the convoys with ammunition moved in the morning, and in the evening they came back empty, currently they do 2 trips per day. There are about 30-40 trucks daily on the road, they move without any military escort. Perhaps ammunition depots were recently transferred from the Russian territory (Donetsk, Rostov region) to the occupied Ukraine (Luhansk region). That allowed the terrorists to increase the density of the ammunition transfer.

We cannot ignore a possibility of using air force by the Russian side. Panic has been spread among the local population of the occupied territory of Donetsk. People are told that the Ukrainian air forces are going to bomb them. At the same time, rumors about separatists’ “own air force” re-emerged. These two factors allow for drawing a conclusion about the preparation of provocation from the air.

Our prognosis: in the next few days, distracting maneuvers of the separatists will rock the situation, at the same time, local strikes are expected. Then, a shocking provocation and an attempt to break the front line may be following.

Simultaneously, scenarios with terrorist attacks or resonant divert actions in Northern Europe can be used. The first sign of this is today’s detention of five Russian citizens on suspicion on planning an attack in France.

Let us keep faith and confidence in the future victory. Do not fall in despair and panic and we will win!

Рrepared by Artem Vasylenko and Roman Burko of the InformNapalm Analytics team with the help of insiders and volunteers.

Translated by the InformNapalm team.

One Response to “InformNapalm’s Operational Summary of the War in Donbas for January 20, 2015”