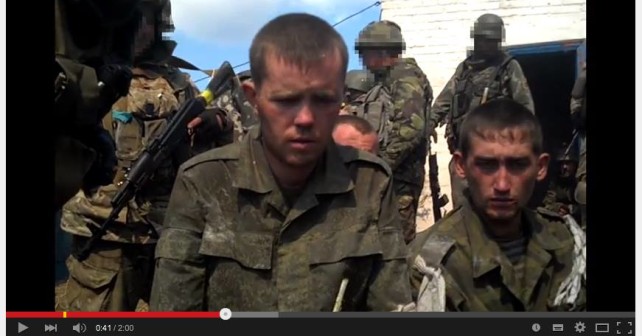 The Security Service of Ukraine has published a video, shot in Ilovaisk, which shows four captured Russian soldiers. These soldiers were the lucky ones, because they had survived afterwards. Internet users were able to find information about each of them.

The one, who gave his name from behind the backs of other soldiers: Yevgeniy Yurievich, from Kaluga, born in 1995, serves in the military unit 54096 in the 6th Tank Brigade. 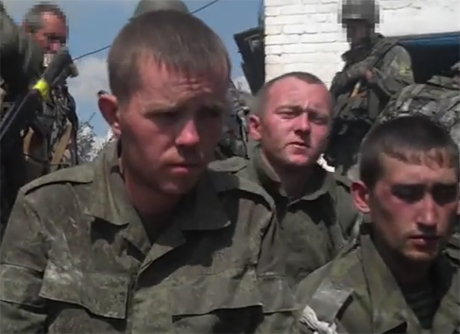 He was born on April 27th. He can be found by searching the year of birth. The city is the same: Kaluga, and he looks the same.

If we look at the title of the page, it says “Fuck this kind of politics,” and we agree with him on this. This was well understood by Yevgeniy when he ended up in Ukrainian captivity.

And look at how eagerly the captives answered the questions. Even the paratroopers from the 31st Airborne Brigade told everything they knew. Movies about heroes, citations some random people on the wall, epic pictures from the life of paratroopers are one thing, but the real life is very different. When a person is taken prisoner, the pathos disappears, even if one is a paratrooper.

Back in July Chernov was pictured in Mulino, where the 6th Tank Brigade was located. He took a picture of his T-72 B3 with the number 699, he published a video from the training on engine maintenance, and then came the captivity.

Did he repent? Who knows, but according to his friends’ answers, he retired from the army soon after the captivity. 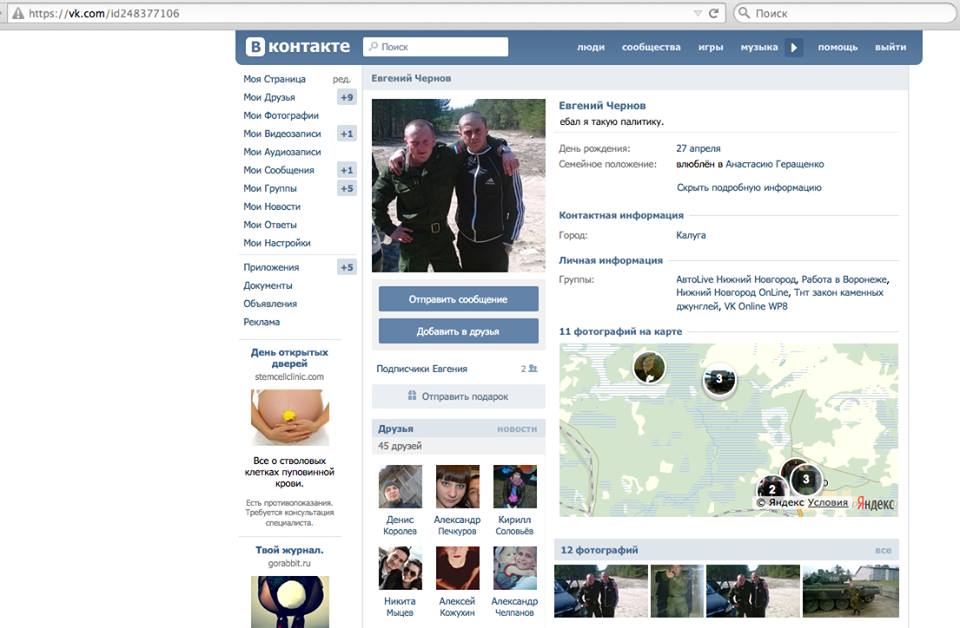 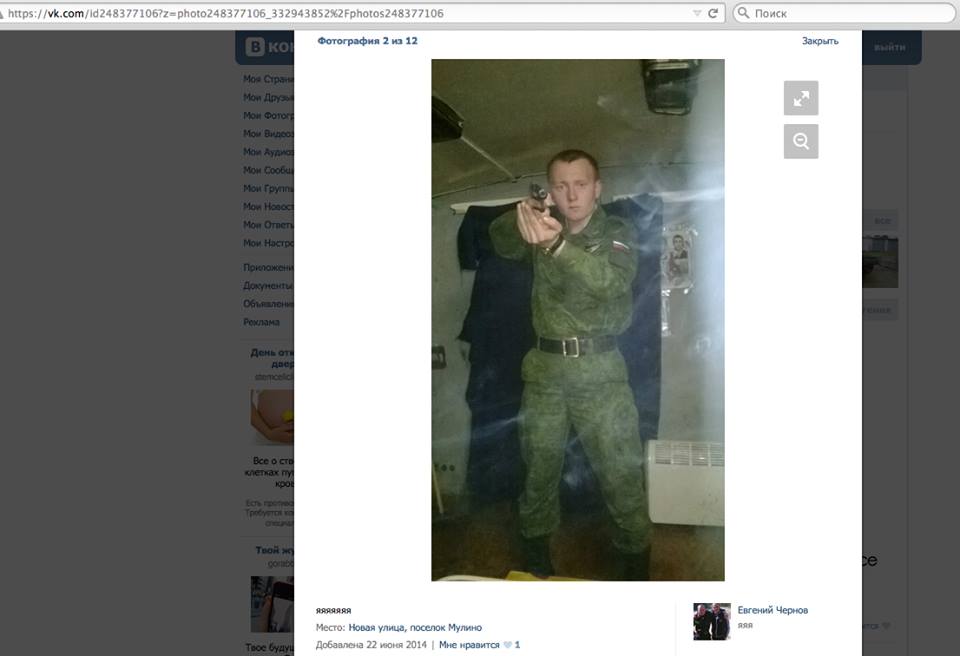 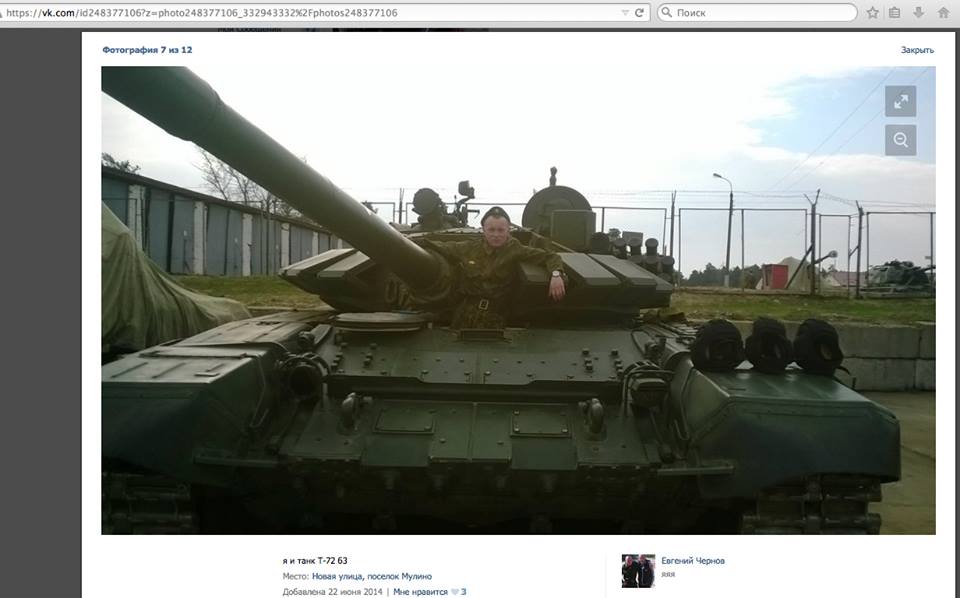 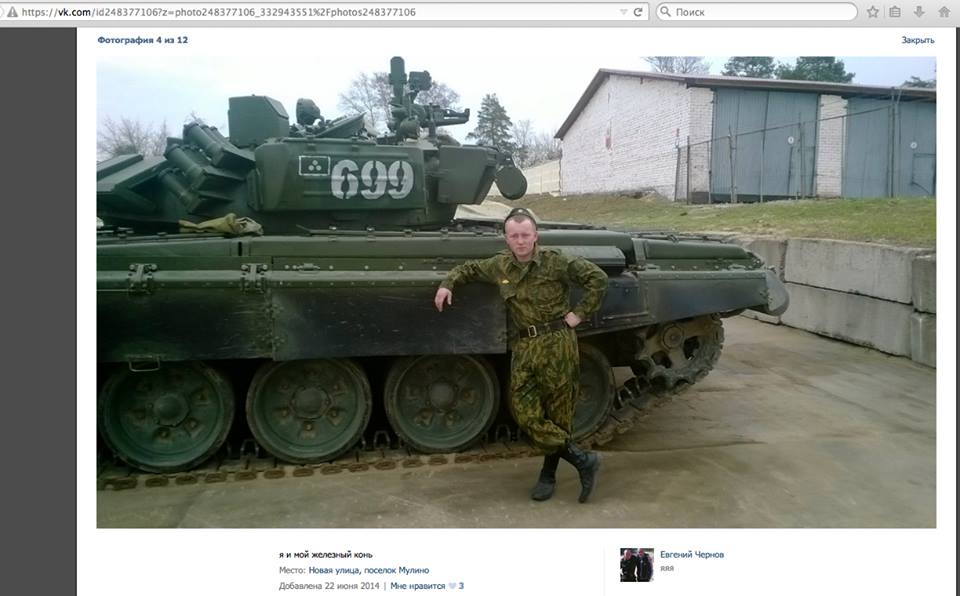 Probably the least talkative of all was Nikita Gennadievich Terskikh, a paratrooper of the 31 brigade, unit 73612. 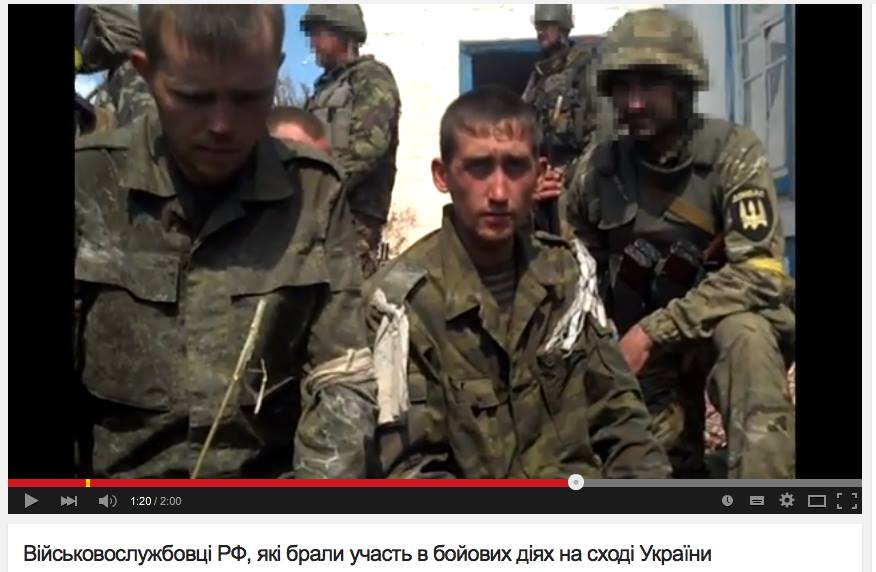 He was born on April 3, 1993 near Abakan – in Znamenka in Krasnoyarsk Oblast. He named Krasnoyarsk in this video, which is the largest city in the area.

His military unit is 73612, 31st Guards Airborne Assault Brigade (service in 2012-2016, which means he is serving under a contract). Everything matches with the information from the video – he is an acting Russian serviceman.

“Activity: I am a soldier!” Well, we noticed that. He probably specializes in being a captured soldier.

The profile looks normal, considering the circumstances. They were deployed in the fields, they took pictures of their military equipment, then in August he was pictured in the uniform he was wearing, when he was captured. After the captivity he published the same kind of simple pictures of his life in the army, as if nothing had happened. The only question we can ask him is, “Why did you come to Ukraine?” 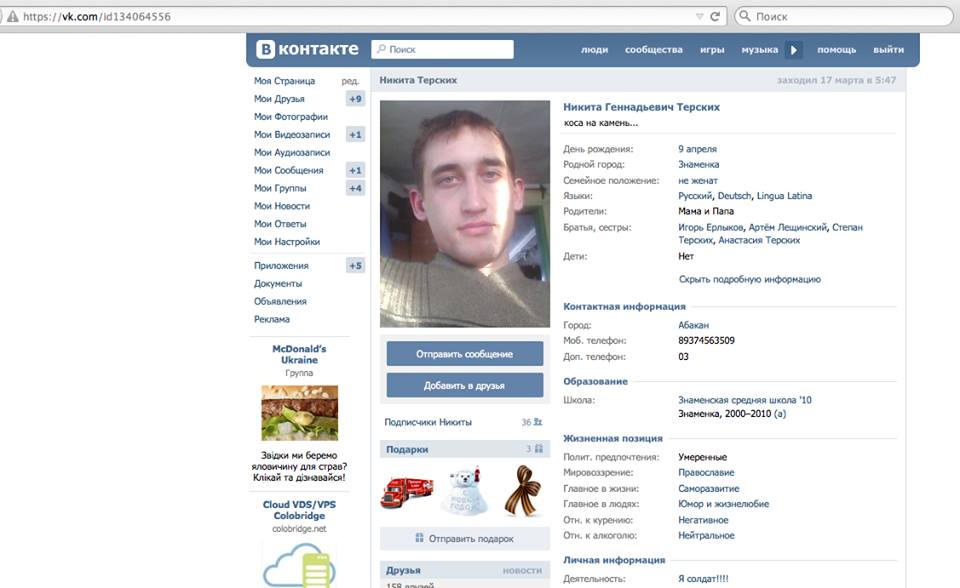 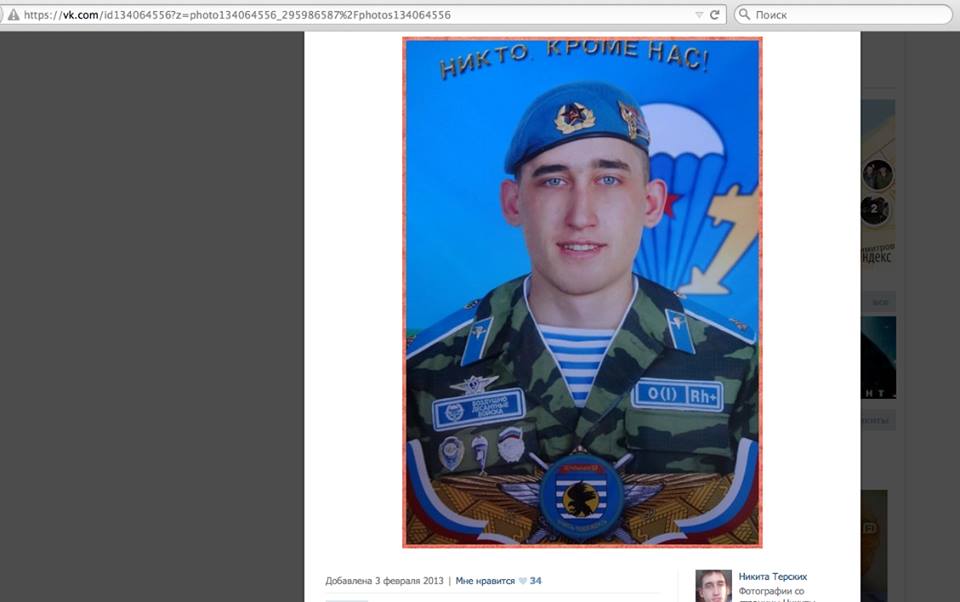 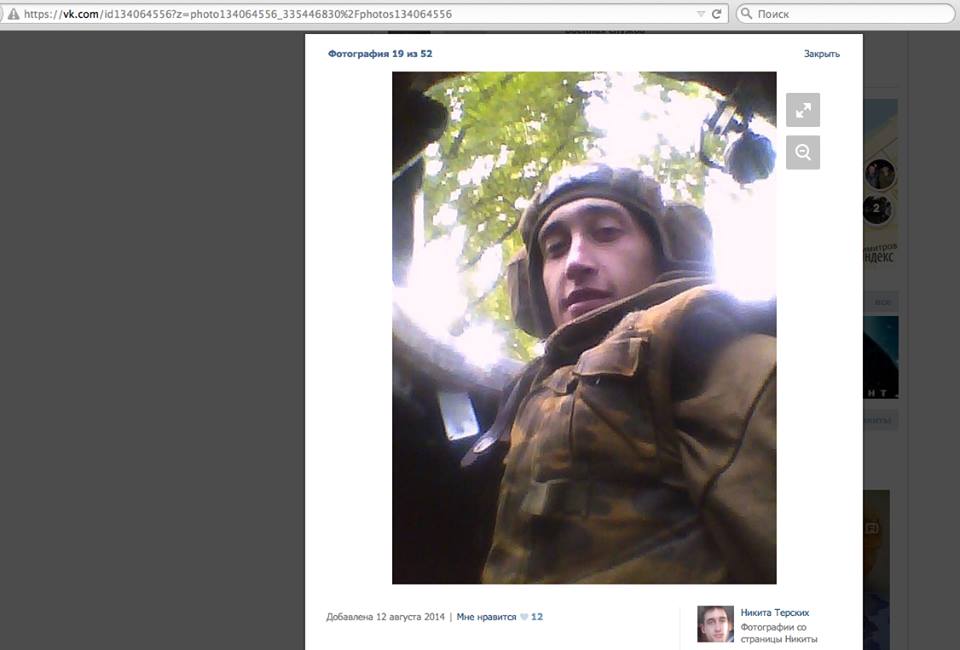 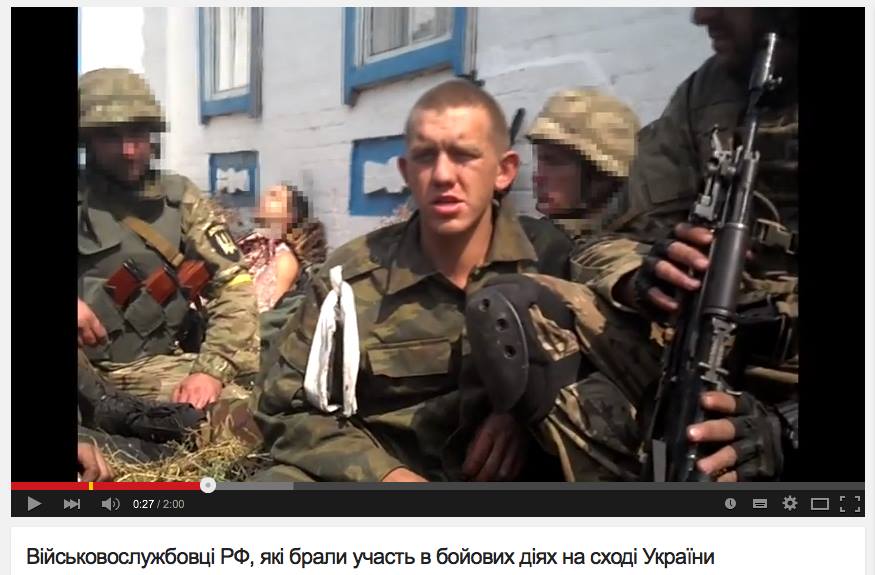 Yevgeniy Ashotovich Sardarian, city of Ulyanovsk, born on April 19, 1994. He is a member of the social network group “Contract service in 31st Airborne Brigade”. His social network friends are the servicemen from the same unit, and he published photos with a merit certificate to the 4th Assault Company of the 31st Brigade, awarded in 2014.

Probably this company went to Ukraine to learn how to be captured, and was awarded a merit certificate afterwards. Just like in the video.

Based on the photos made by his friends, they were in Rostov Oblast in the summer, made a camp somewhere, took some photos there. A typical social network profile of a serviceman.

He posted something about the so-called Novorossia, about Donbas, and even jokes by mercenaries about getting captured. Considering his experience, it’s probably not the best idea to make these jokes.

He started his profile together with his girlfriend back in January, but before that he probably had this https://vk.com/fragi1k profile which has been deleted.

However, he can be found in other social networks by his nickname fragi1k. He published pictures from Donbas with destroyed military equipment in the background, we can see white armbands used for identification (same armbands as in the SBU video), there is also the geo-tag “Donetsk, Ukraine”. 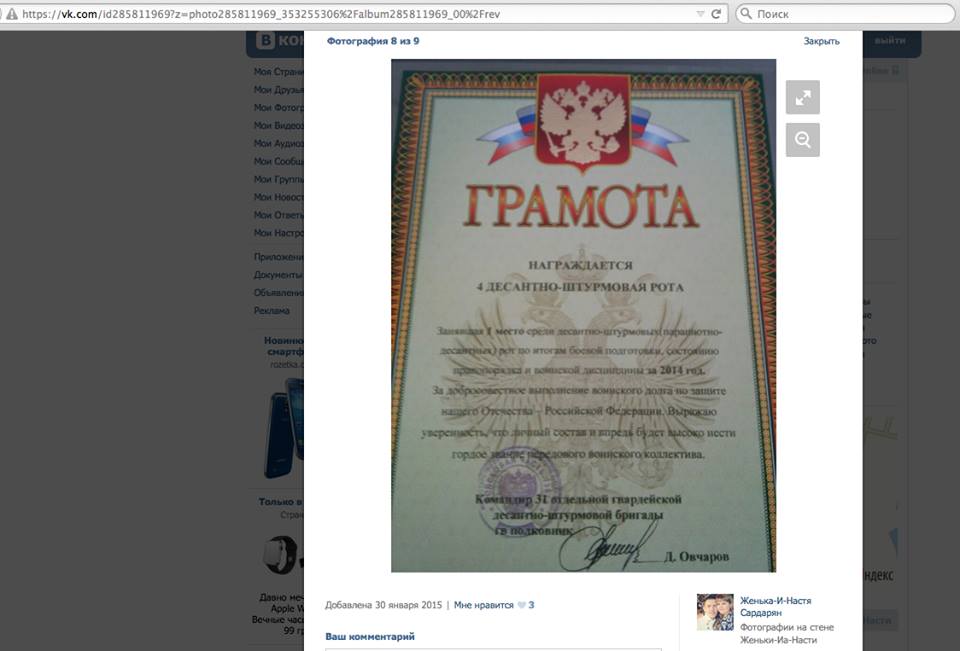 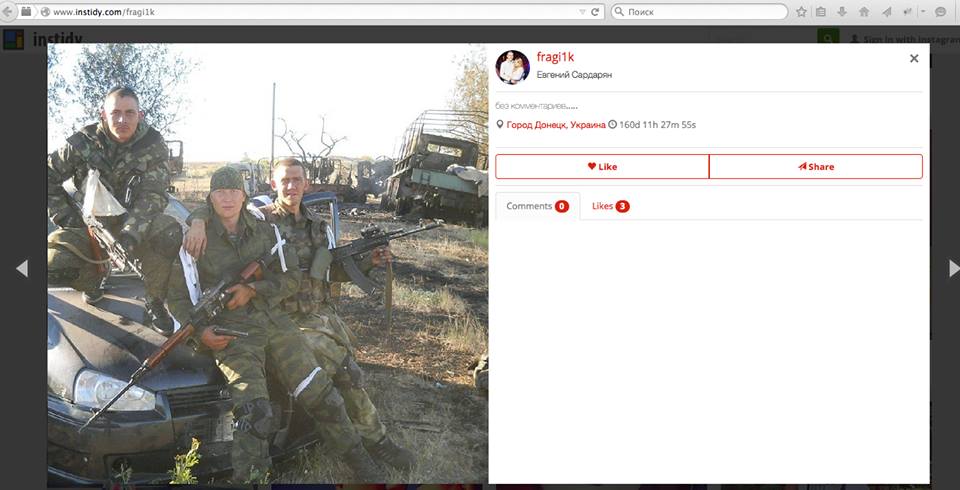 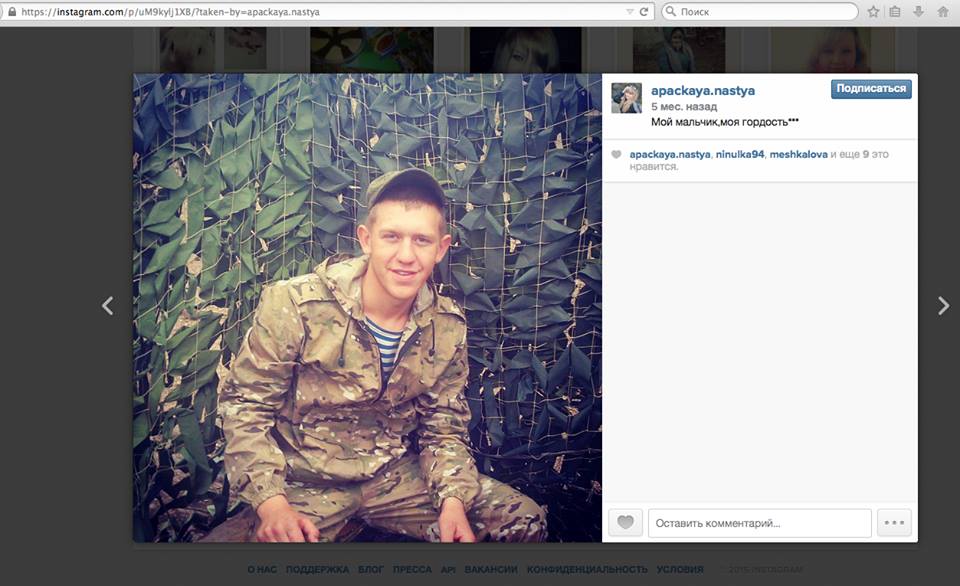 Here is the tank crewman. He was the first to speak. The information used to search for him: “Ivan Aleksandrovich, born in 1988, Vologda”. 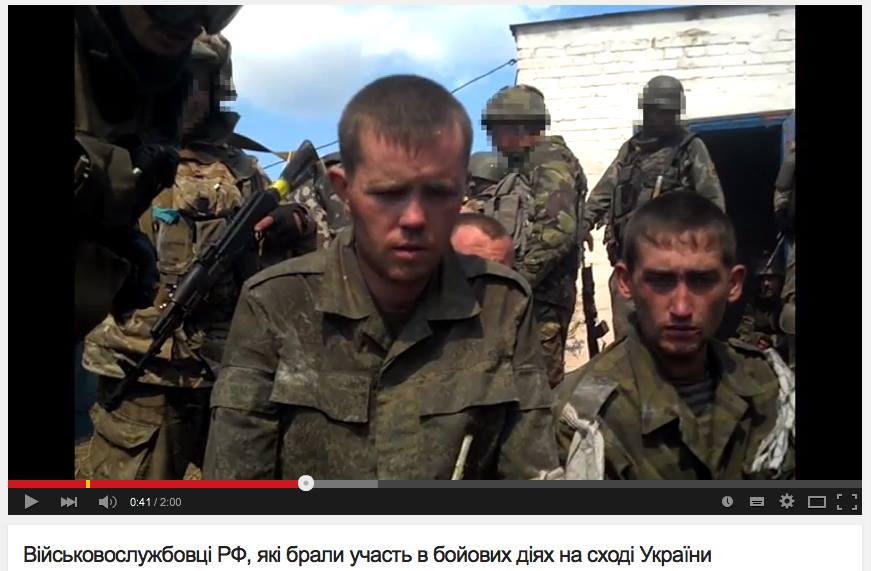 By the way, when being in captivity no one really tries to behave like a secret agent – they all give away all their information, unit numbers and real names. Had they been captured by the Americans, who, as Russians claim, are fighting in Ukraine, it would probably be the same “I’m Ivan from Russia, London is the capital of Great Britain, God bless America, etc.”

Here is the profile of this Ivan https://vk.com/badanin99 (and archive https://archive.today/A04v1)

He was born on May 25, 1988 in the town of Nikolsk (probably Vologda Oblast) – that was why he named Vologda during the interrogation.

He had been serving in the tank troops since at least 2010. This is when his first pictures from the army were posted, then there were pictures against a wall poster of the 6th Tank Brigade, and in 2011 he was already a sergeant.

According to his pictures, he dreamt of invading New York with Russian tanks (yes, they have their own world map there.) In December 2013 he was happy about the new T-72B3 received by the 20th Army, the same that would burn in Donbas 6 months later. He also does not like Obama, tries to defend Ukraine from Americans, posts the pictures of the Donetsk airport tower, and so on. He is a typical brainwashed Russian. Even the captivity did not help. 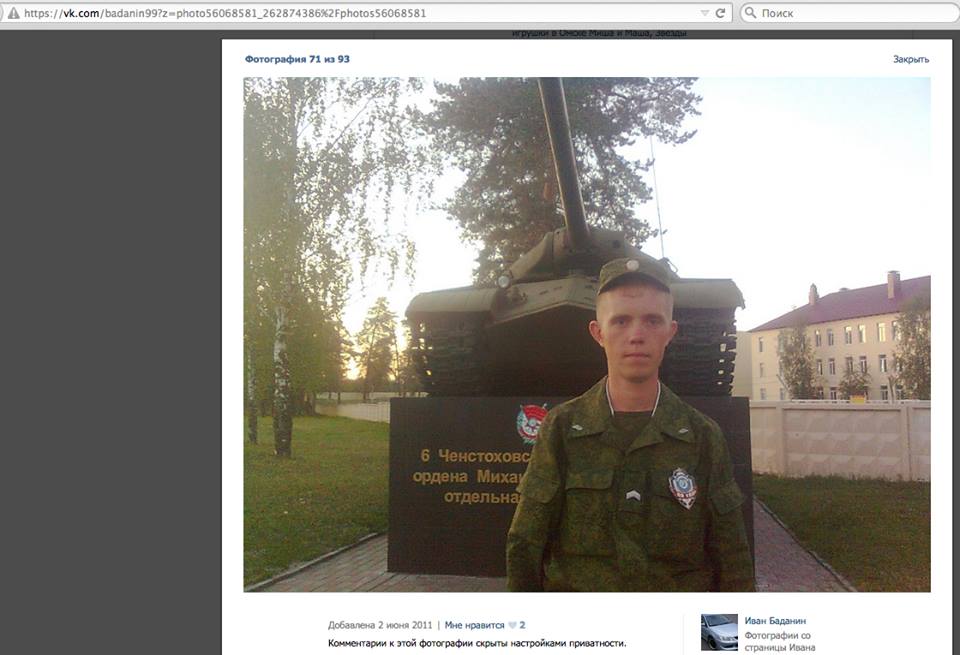 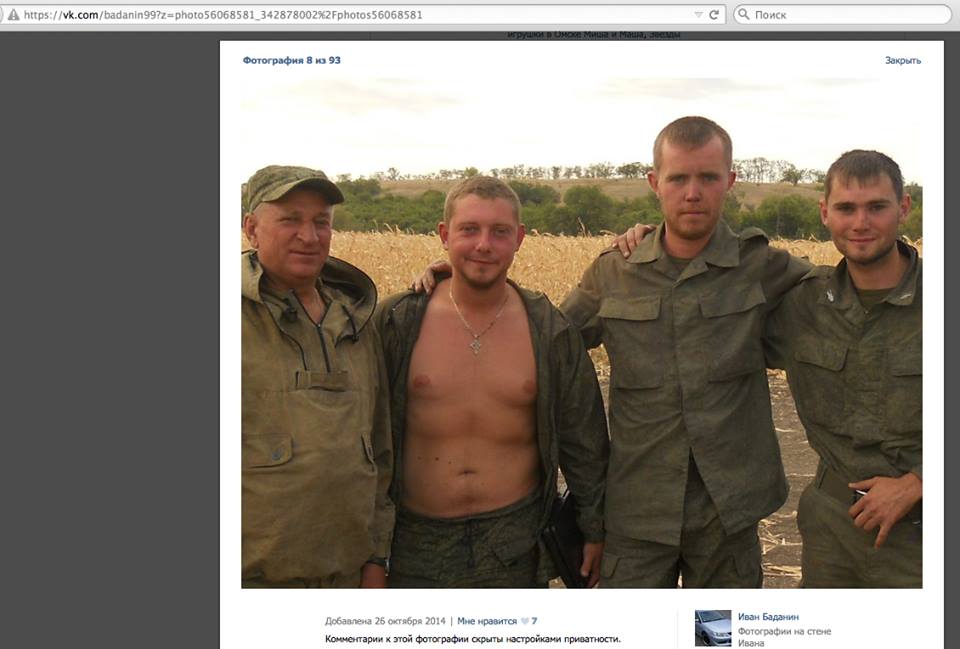 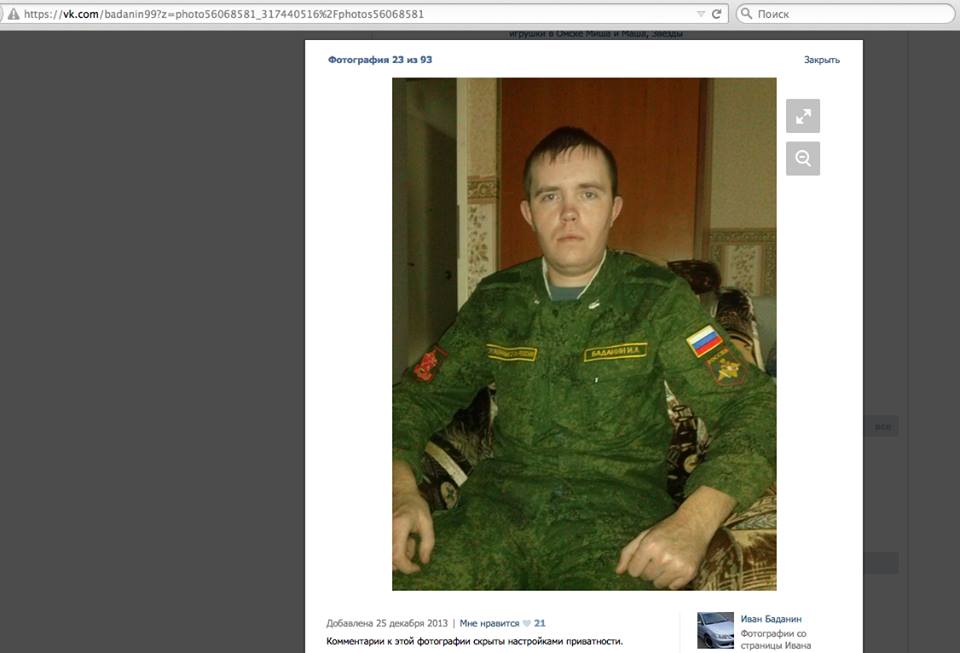 Related article: The echo of Ilovaisk:new evidence of the Russian Army’s involvement in the Ilovaisk tragedy  https://informnapalm.org/en/evidence-of-the-russian-army/