Kolmogorov case: a Ukrainian border guard sentenced to 13 years in prison for doing his duty 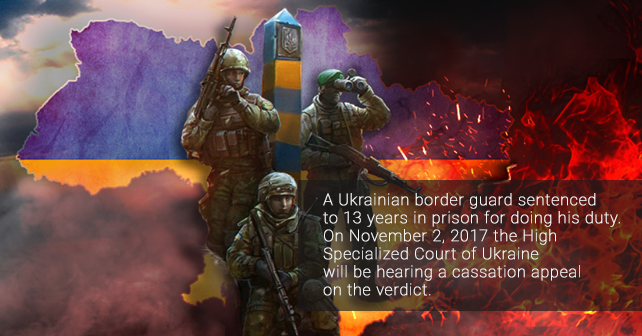 Since September 2014, the senior soldier of the Berdyansk Border Detachment, Sergiy Kolmogorov, has been under arrest by a ruling of the Primorsky District Court and the Court of Appeals of Donetsk Oblast (Mariupol). He has been sentenced to 13 years in prison. Heated discussions of this outrageous case continue on social and mass media. The overwhelming majority of users, including the Ukrainian military, veterans of the war in the east of Ukraine, volunteers and activists deem the verdict unfair and insist on its revision. On November 2, 2017 at 11:00, the High Specialized Court of Ukraine will be hearing a cassation appeal on the verdict.

Why was the Ukrainian border guard sentenced?

Here are details of the case according to the official website of the State Border Service of Ukraine. On September 9, 2014, the senior soldier of the Berdyansk Border Detachment, Sergiy Kolmogorov was on duty at the checkpoint near Mariupol. During his watch, the servicemen noticed a car near the seashore, which blinked its lights, sending some signals to unknown persons, then the car sped towards the Ukrainian checkpoint.

The driver did not react to demands to stop for an ID check, accelerated and attempted to break through. The warning shots also did not stop the offender, and the border guards opened fire on the car, as required by regulations.

The offending car was stopped. The driver, a native of Donetsk, Ukraine, was not injured, but a female passenger who was sitting next to him in the car was killed. It is reported that after interrogations the driver left to Russia for permanent residence and never showed up in court for hearings on the case which was initiated upon his claim. It is also known that the 9 servicemen of the patrol group fired at the wheels and the radiator grille of the car. The investigation failed to establish whose shot led to the death of the passenger. Sergiy Kolmogorov was convicted, as he allegedly was the closest to the car when it was shot at.

“Valuable soldier for the Ukrainian army”

It is known that Sergiy Kolmogorov, before this event, proved himself to be a reliable and responsible person, a real soldier who professionally performed assigned tasks. “A responsible person, to be relied on. He covered me. A valuable soldier for the Ukrainian army,” said his former commander Yelisiy Makhov about Kolmogorov. Kolmogorov’s operational record is listed in this ORD feature. 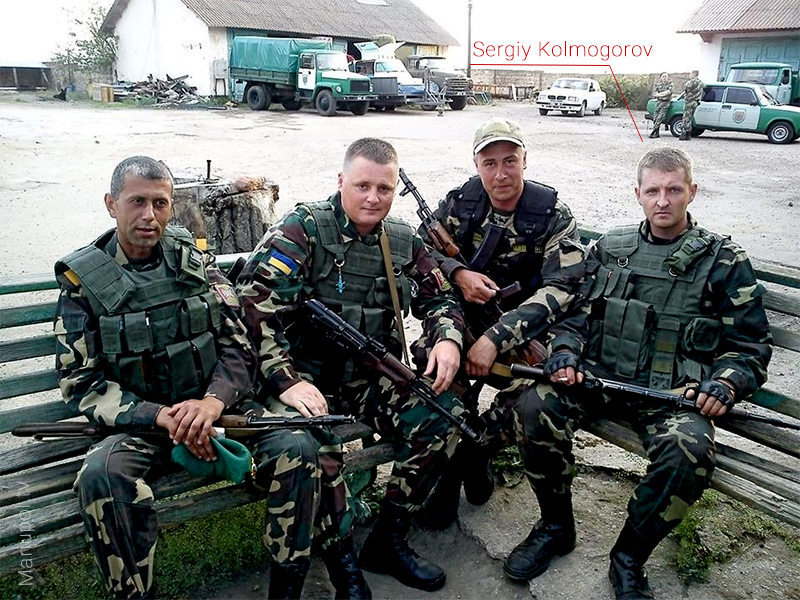 “I could not say farewell to my father”

The page on Facebook Patriotic Brotherhood of Border Guards of Ukraine is reporting the details of the Kolmogorov case. It became known that while the border guard was in jail and was sentenced to 13 years, his father died in October 2017. Kolmogorov could not even see him the day before. Sergiy’s mother has a very low income, and the family cannot afford a private lawyer.

The civil society of Ukraine, which regards the lustration of corrupt judges and judicial reform a top priority of the state, has been deeply alarmed by the Kolmogorov case, as it sets a dangerous precedent. It is known that judges ruling in the courts of Donetsk and Luhansk Oblasts are susceptible to Russian influence, some of them have houses in the occupied territory and often visit the parts of Donbas occupied by Russian hybrid forces. Therefore, we see examples when verdicts by these judges to militants of Russian-backed illegal armed groups for the willful killing of Ukrainian citizens may sometimes be milder than the sentence for Ukrainian servicemen fulfilling their duty to protect the territorial integrity of Ukraine.

In late August and early September, 2014, hybrid Russian troops invaded Ukraine, seized Novoazovsk and were stopped on the outskirts of Mariupol. Thanks to decisive actions by the Ukrainian Armed Forces, border guards and volunteers of the Azov Battalion, militants and forces of the Russian Army failed to seize this major industrial city and harbor. The main goal of Russia at the time was to gain control over the territory of Ukraine along the Sea of ​​Azov and to reach Crimea by land. Russian intelligence agencies and military officers offered cash compensations to local residents in the zone of military operations for any information about roadblocks and mobile groups of Ukrainian border guards. The locals deliberately took risks colluding with the aggressor for personal enrichment.

InformNapalm volunteer intelligence community supports the calls of the Ukrainian public for a fair and unprejudiced trial for Kolmogorov. We also appeal to the international media and civil rights organizations to monitor the lawfulness and fairness of the verdict in the case of Sergiy Kolmogorov. We have no intention to apply any pressure on judges, however we demand fair and objective judgments in accordance with the law of Ukraine.

This publication was prepared by Roman Burko specially for InformNapalm.
Translated by Artem Velichko.
(Creative Commons — Attribution 4.0 International — CC BY 4.0)

No Responses to “Kolmogorov case: a Ukrainian border guard sentenced to 13 years in prison for doing his duty”