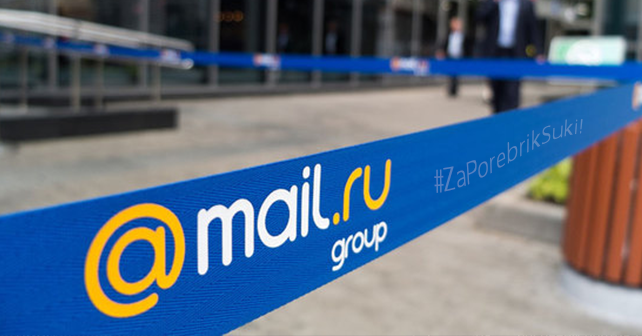 This OSINT investigation of InformNapalm volunteer intelligence community reveals the attempts of the Russian Mail.Ru Group to circumvent the restrictions on its activity in Ukraine through the Cyprus offshore company Nessly Holdings Limited. Mail.Ru Group also owns VK and Odnoklassniki social networks which have been banned by Ukrainian sanctions. Read more in the technical report by InformNapalm.

On June 01, 2017, General Director of Mail.Ru Group, Boris Dobrodeiev announced  the shutdown of company’s offices in Ukraine. Dobrodeiev said that Ukrainian operation had not been contributing significantly into the company’s revenue.

Nevertheless, the Mail.Ru Group has no intention to easily give up the revenue generated by the Ukrainians and, as a result, tries to keep its foothold in the territory of Ukraine.

On May 24, 2017, poshukach.com domain name was registered. Since its launch, the relevant web site has quickly gained traction and according to Alexa, its traffic already ranks the 492nd in Ukraine as of June 12, 2017.

Anyway, despite the Ukrainian-sounding name which means “Searcher” in Ukrainian, Poshukach has nothing to do with Ukraine.

The website’s interface is in Russian and English without any hint of Ukrainian.

The domain POSHUKACH.COM was registered by the Russian domain name registrar RU-CENTER; the identity of the registrant has been hidden by the Russian privacy protection service whoisproxy.ru. 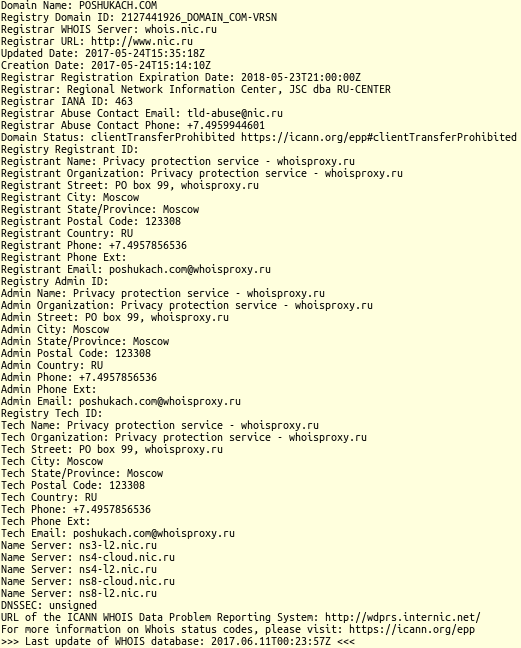 The source code of the home page has references to the FreeU browser co-developed by Mail.Ru Group.

POSHUKACH.COM is in the network physically located in Russia. 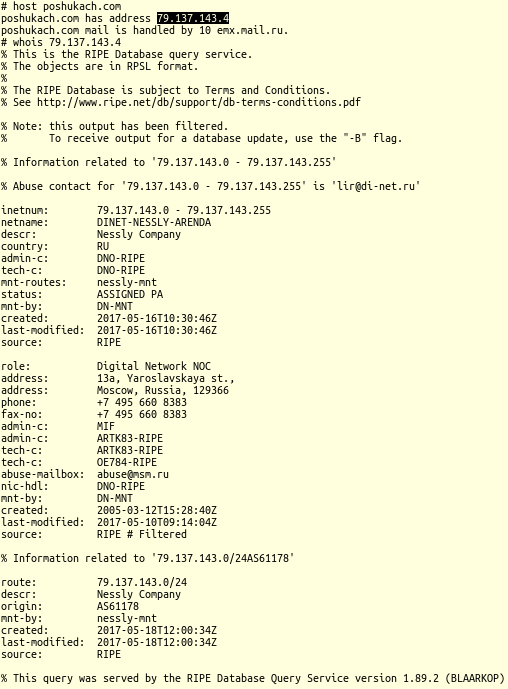 The Nessly Company (also known as Nessly Holdings Limited) mentioned above is an offshore company affiliated with Mail.Ru Group. The company was incorporated in Cyprus, contact email: [email protected] The network where the FreeU’s browser server is located, was also registered in the name of Nessly Company. 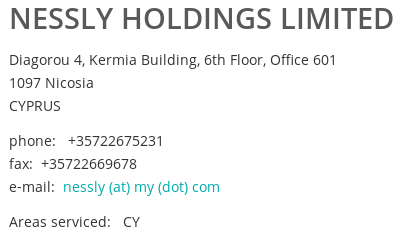 The my.com service is a subsidiary of Mail.Ru Group for international operations, which proves a connection between the Mail.Ru Group and Nessly Holdings.

The director of Nessly Holdings Ltd is one Elena Azarenko.

A search on LinkedIn confirms that Elena Azarenko works for Mairl.Ru Group. 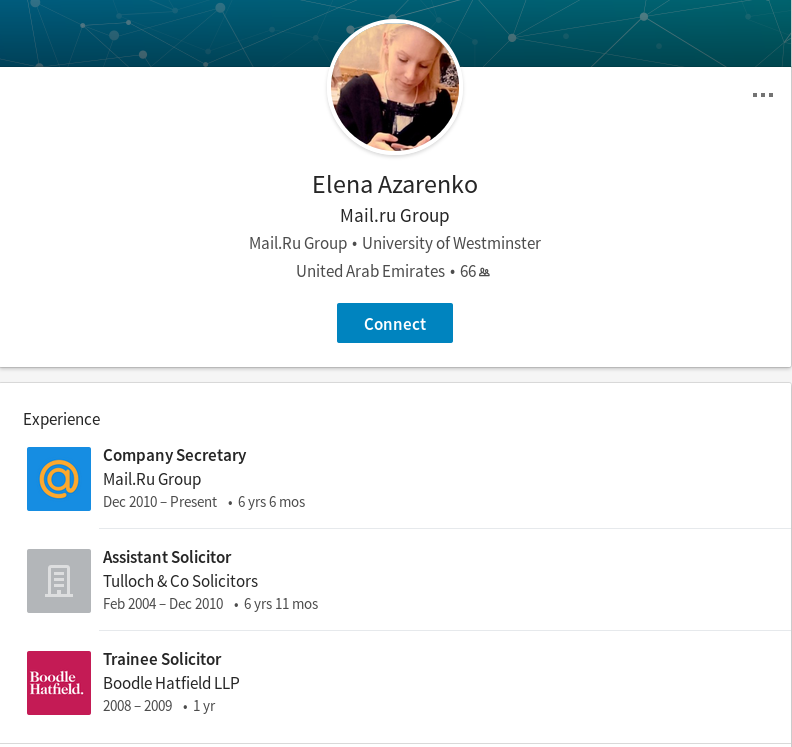 There is another (empty) LinkedIn profile of Elena Azarenko where she is specified as a representative of Mail.Ru Group in Cyprus. 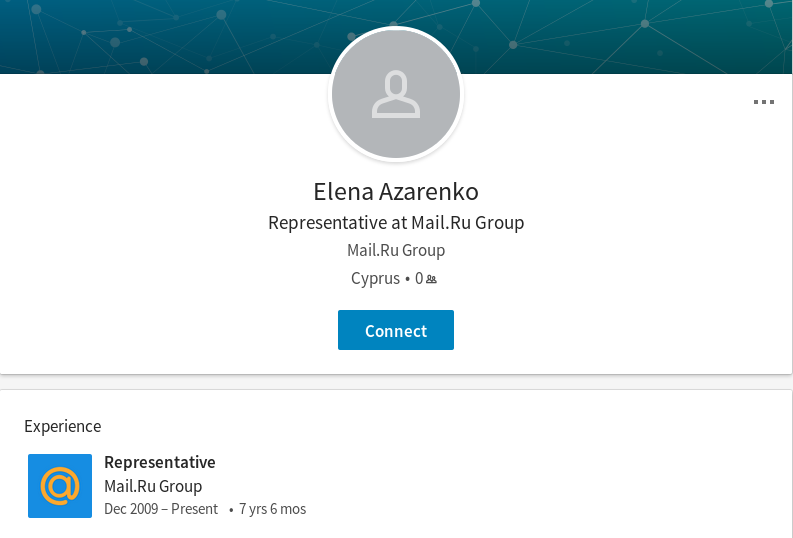 Apparently, Nessly Holdings Limited is affiliated with the Mail.Ru Group. Through this company, the Mail.Ru Group tries to circumvent the sanctions implemented against Russian IT companies in Ukraine. Neither the POSHUKACH.COM domain, nor the related IP address have been blocked by Ukrainian providers. As a result, Mail.Ru is still present in the Ukrainian market, and uses its own search engine to show the results which Mail.Ru deems “more relevant”; the company makes money from advertising for Ukrainian users as well.