In the last couple of weeks, there have been several photographs of the Russian armored vehicles BPM-97 “Vystrel” (KamAZ 43269) and “Vodnik” (GAS-3937) posted on the Internet that were taken in еруLuhansk Oblast in eastern Ukraine. In this connection, we want to make some clarification on the machines and on whom they allegedly belong to.

BPM-97 was developed for the Russian Border Guard Service at the end of the last century. A few years ago, it was deployed by the Russian Defense Ministry, although without much success and prospects. At the beginning of 2009, on the 7th Russian occupation military base in the city of Gudauta (Abkhazia, Georgia), military unit #09332, three BPM-97 (modification “Dozor”) with tale numbers 001, 002, and 003 were put into service which identified a number of design flaws. It should be noted that since 2012, armored vehicles BPM-97 have not been observed on the military base in Gudauta (allegedly, they have been taken to Russia or kept in storage). 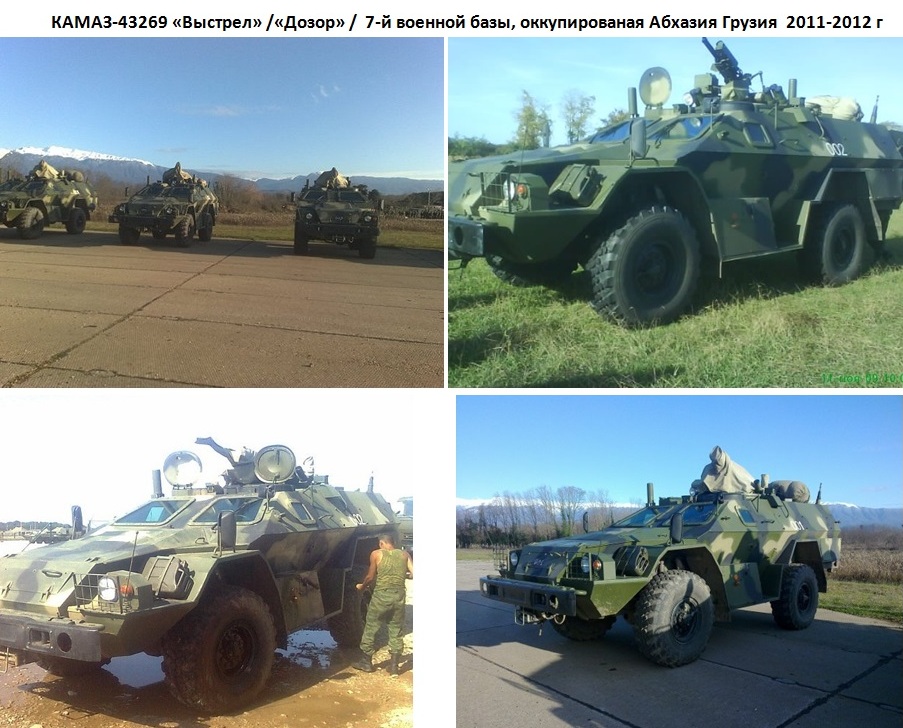 Around the same time, four BPM-97 with tale numbers 301, 302, 303, and 304 appeared on the 4th Russian occupation military base in the city of Tskhinvali (South Ossetia region of Georgia), military unit #66431. These vehicles have repeatedly changed their color from camouflage to khaki and back. By the end of 2013, these armored vehicles were in Tskhinvali and presumably still are in service on the occupation military base. 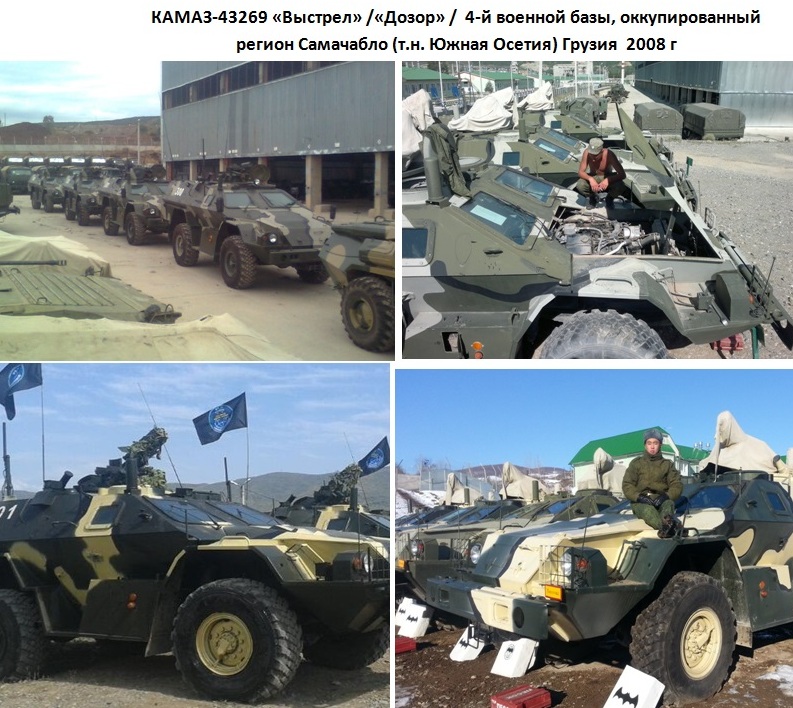 Armored car GAZ-39371 “Vodnik” shared the ill fate of BPM-97 and visited Georgia. In particular, they were used by a reconnaissance unit of the 2nd Separate Brigade of Special Forces of the Main Intelligence Directorate (GRU) of the General Staff of the Russian Federation from the city of Pskov, military unit #64044. At the end of 2013 — beginning of 2014, several “Vodnik” vehicles were still deployed by the special forces of the Pskov brigade.

Armored vehicles BPM-97 “Vystrel” and “Vodnik” are rare limited edition machines used by a few military units. Their approximate assignments are listed above, so it’s up to the reader to make a conclusion on whom they belong to. Let us remind you that saboteur groups of the special forces brigades of GRU, several units of the 7th military base, and scouts and snipers of the 4th military base have been previously observed directly on the territory of the Donbas region and in the Rostov Oblast of Russia on the border with Ukraine.

3 Responses to ““Masterpieces” of Russian Arms Industry in Eastern Ukraine”