Message from InformNapalm in honor of the birthday and founding day of the community. Ukraine, 2022. 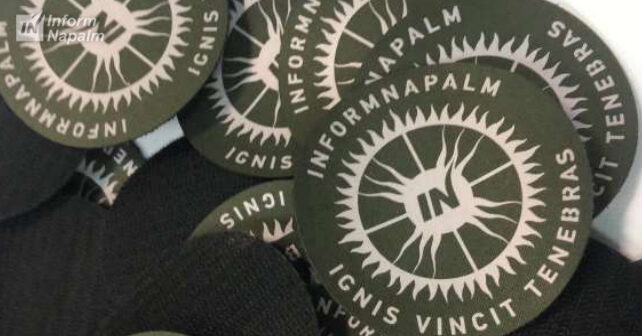 On the night of March 28-29, exactly 8 years have passed since the birth of our InformNapalm volunteer intelligence community.

Although the founders of our team began an active fight against the Russian aggressors at the end of February 2014 in Crimea, the very idea and name of the community were conceived at the end of March 2014.

We will not present a long list of our achievements and talk about effectiveness of our volunteer activities during these years of hybrid local war. Most of you  know well what we have done and how we promoted understanding and provided insight into the facts of hidden Russian aggression, how we exposed the secrets of the enemy over the years, how we formed the narratives of the truth in Ukraine and the world. Even state structures relied on us, and almost all intelligence and security services wanted to incorporate us but we were and remain independent and are proud of it. All these years we have been conducting investigations, translating them in dozens of languages, creating the unique database of Russian aggression which is being used by many people in the world and government institutions in many countries, and which is visited by tens of thousands of people daily.  There is a brief description of our achievements on our web page: http://informnapalm.rocks/

Since February, 24, 2022 we have changed our approach completely – we no longer need to persuade the world and prove that Russia had attacked Ukraine. Regular journalists are already doing a good job of this, and this has now become obvious to everyone. So, we have all switched to the war footing. All our volunteers from Ukraine have joined the Territorial Defense or have been drafted into the ranks of the Armed Forces of Ukraine. Even our foreign volunteers are involved in the process of collecting intelligence information for effective destruction of Russian invasion forces. Now our OSINT volunteers are actively helping identify enemy equipment, locate enemy units, identify captured or killed occupants who do not have any ID on them. The other foreign volunteers are helping to solve logistic tasks including providing secure life for the families of our guys fighting in Ukraine.

Naturally, there always are operational needs that must be addressed and that require funds. We have exhausted our own reserves long ago, but we need to replenish certain reserves now – to buy fuel, tactical gear, special equipment and hardware, and cover other war needs, which are always more than our possibilities. You know that our community is probably one of the few which have never pushed and does not push our readers with constant calls for donations. We have been very modest through these 8ingf years, and even now we do not often make donation calls. Humility, professionalism and decency are our virtues which we try to keep alive.

However, celebrating the birthday of our InformNapalm community, honoring 8 years of our fiery struggle for Ukraine, we are making an appeal to those who care and those who want to support our activity not only with a kind word, but also with a contribution:

If you are ready and willing to allocate a certain monthly amount affordable for you to support InformNapalm reserves, you can subscribe to our Patreon: https://www.patreon.com/join/informnapalm/checkout

You can cancel the subscription any time, so it must not become an eternal financial burden.

If you are not ready to support InformNapalm monthly but want to make a one-time payment, you can transfer your contribution to Mikhail Makaruk’s card:

We understand that we might not be a priority for many of you and that there are a lot of needs and requests coming from everywhere. We understand everything and thank everyone for whom Ukraine and our common victory are the priority. We are grateful to everyone who is making efforts to win at the forefront and in the rear.

We are confident that together we will win.

InformNapalm was born in turbulent times of the occupation of Crimea and our fire will fight the Kremlin’s darkness for as long as it takes. We are the phoenix born from a flame, we burn and are reborn again to fight and win, because our heart is in Ukraine and with Ukraine.

Glory to all people of good will!

No Responses to “Message from InformNapalm in honor of the birthday and founding day of the community. Ukraine, 2022. ”