Non-Existing Military Unit No. 89462 in Novocherkassk — a Cover for DPR/LPR? 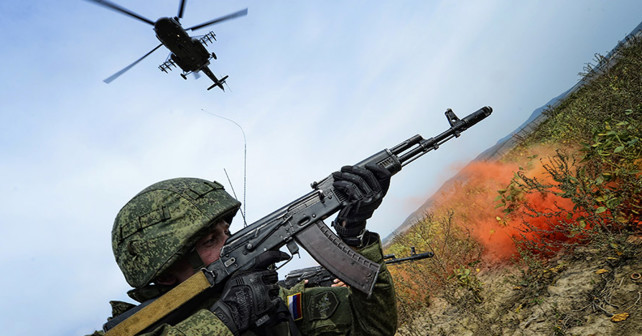 All our investigations are always proved by plenty of facts and evidences – pictures, videos, profile screenshots, maps with coordinates. But this story can be considered as an assumption and a starting point for further investigations.

The last week Ukrainian forces captured the Russian serviceman Vladimir Starkov. He serves in the village of Teysin (Khabarovskiy kraj, Russia) where military unit No. 55487 is located (the 6th arsenal of Main Missile and Artillery Directorate). It became known from his statements that his job was to guard the missiles and shells, he tried to transfer to other unit but failed.

And suddenly he is moved to some unit in Novocherkassk (Rostov Oblast) which looks like heaven comparing to Taiga. But it appears to be some ‘the 12th command’ unit. And in result he has to choose where to serve – in DPR or in LPR.

And now the picture became clearer for us, since OSINT investigators came on the strange transferring of the Russian servicemen to Novocherkassk for several times. It is interesting that the soldiers are moved without their families. The wives usually complain about that in the comments on forums or social network pages. That is another indirect evidence.

Here is the list of all military units in Rostov (in Russian).

And this is a strange lawsuit from Krasnodar Military Court, dated on April, 23, 2015. PDF with the verdict was saved in case if the web page is deleted.

A short description of the case: 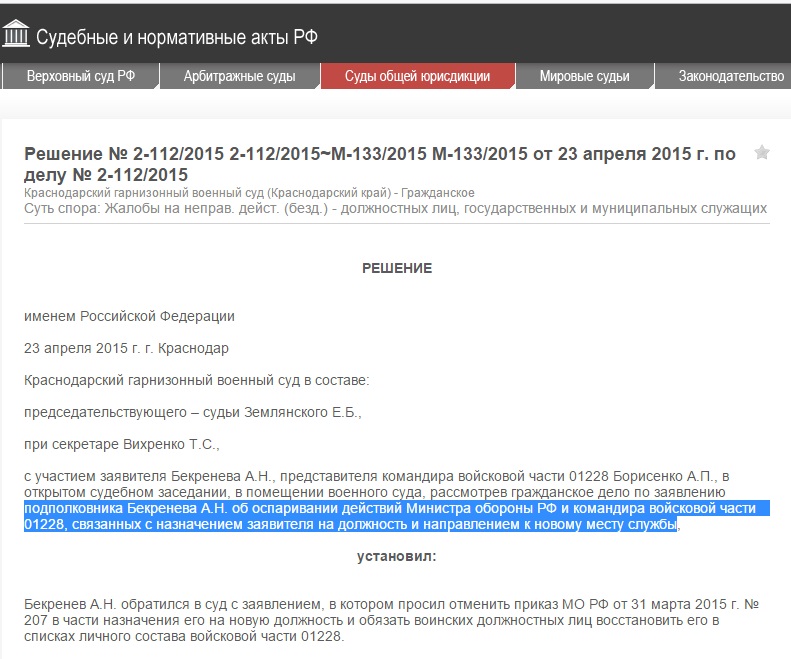 Lieutenant colonel Bekrenev A.N. (military unit No. 01228) got promoted to military unit No. 89462. But then he discovered that the unit is in Novocherkassk (and not in Krasnodar), issued the Ministry of Defense and lost the case: “During the trial session the demandant stated that he was a contract serviceman, obeyed to the commander of the Southern Military District and assigned to military unit No. 01228. On March, 21, 2015, his commander offered him promotion to the unit No. 89462. Lieutenant colonel accepted the offer being sure it was in Krasnodar. He got to know that the real location of the unit was in Novocherkassk (Rostov Oblast) on March, 26, 2015…”

But you will never find such military unit neither in Krasnodar nor in Novocherkassk, despite it exists according to the case documents.

Usually a military unit has a lot of its former employees, a lot of groups and pages in social networks – but here you will hardly find anything except a little chat in a group of the financial department in VK network (archive).

The decree of the court was more than strange: “the procedure of demandant’s early discharge has been started”.

And now guess the military unit the captured Russian lieutenant colonel Vladimir Starkov served in. Our sources in the power-wielding agency state that during the interrogations major Starkov named that ‘ghost’ unit No. 89462.

As we can see in result, Starkov agreed to serve in this military unit and appeared in Donbas. Bekrenev refused and got dismissed from service. 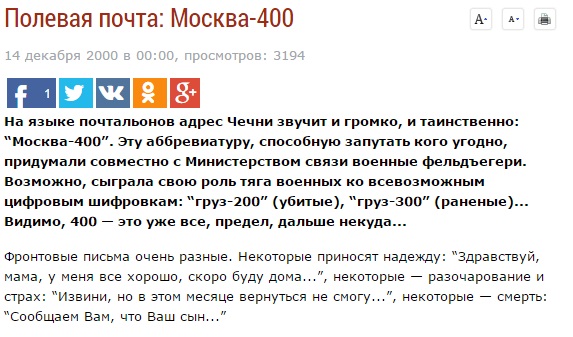 In general, the practice of using the fake unit numbers or post indexes is not new in the Soviet or Russian history. The secret units or flash points used to get post code like ‘Moscow-400’.

It seems that unit No. 89462 is a fake military unit located in Novocherkassk and used to handle ‘vacationing tourists’ from DPR and LPR. It is possible that there are more such units.

Let us remind you that there is the Kadamovsky shooting range near Novocherkassk. The same strange training camp where strange people enrolled Maikop contract servicemen to fight in Ukraine (in Russian).

The Russian military machine can create any levels of secrecy but in result all the information piece by piece makes the whole picture of the Russian aggression against Ukraine.

We can advise the wives of the lost soldiers to write a letter to military unit No. 89462 – maybe they will help to get the bodies home. And the wives of still alive soldiers are recommended not to let their husbands to sunny Novocherkassk.

2 Responses to “Non-Existing Military Unit No. 89462 in Novocherkassk — a Cover for DPR/LPR?”