On August 23 at around 21:30 in the area of Debaltseve terrorists attempted to pass through a road block while carrying weapons and ammunition by motor vehicle.

The driver of the vehicle did not react to the demand for him to stop for inspection of documents. As a consequence, National Guard soldiers were forced to open fire to stop the vehicle. Ammunition in the vehicle detonated and the car caught fire. The driver and two passengers jumped out of the car and were immediately detained by soldiers of the National Guard. The detainees were found to be citizens of the Russian Federation and had DPR certificates.

The suspects were handed over to the competent authorities. There were no losses among military personnel. 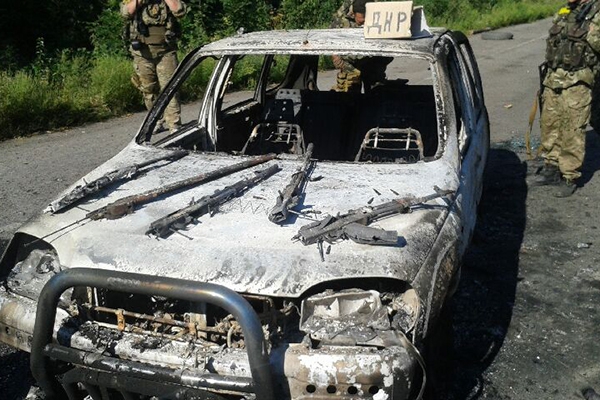