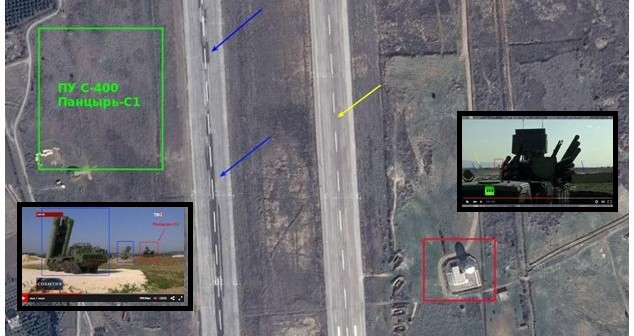 We continue to analyze the Russian materials, which often disclose more than just interesting information. This time the TV stories by ‘RT‘ and ‘TVC‘ were the subjects of our investigation. These footages unmasked the location of the S-400 surface-to-air missile launching equipment and ‘Pantsyr-S1’ air-defense missile/artillery systems.

According to the Russian sources from November 26, the S-400 ‘Triumph’ air-defense complex had been deployed at Hmeimim airbase in Syria to cover Russia’s warplanes. The promptness of the antiaircraft weapon system surge was caused by the incident when the Turkish air forces downed the Russian Su-24 bomber. In the Russians’ opinion, deployment of S-400 complexes in Latakia may be a good advertising campaign for this equipment and can remain in Syria in case of victory over the rebels. 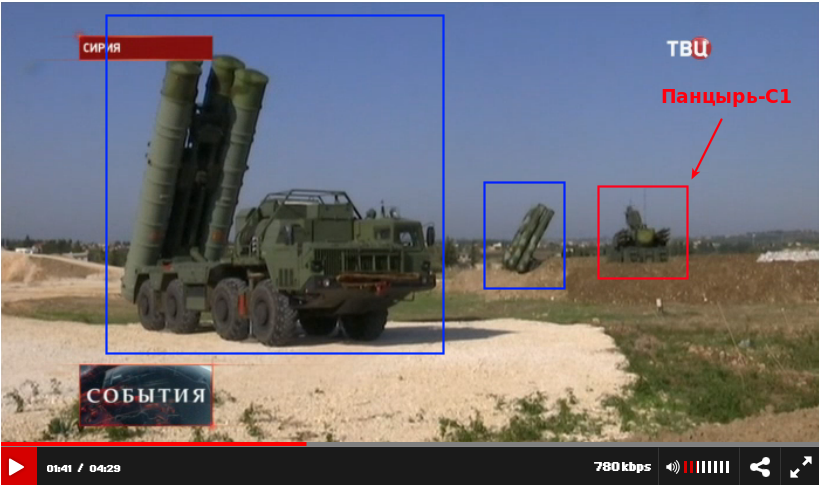 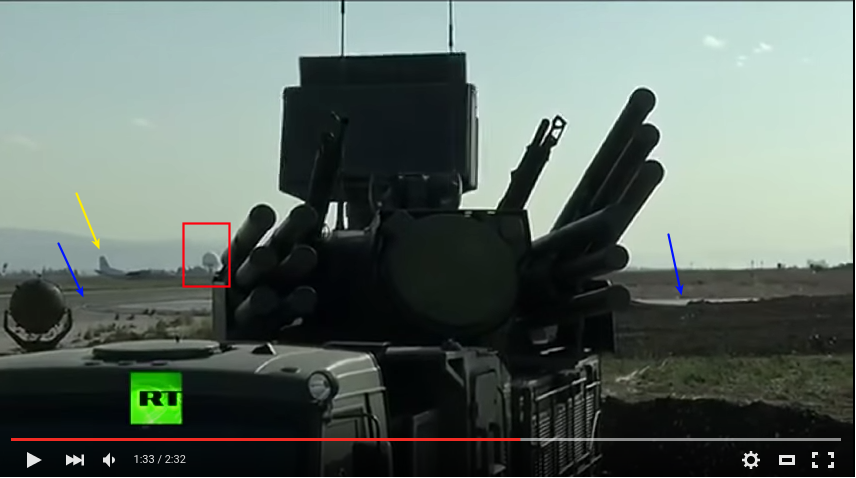 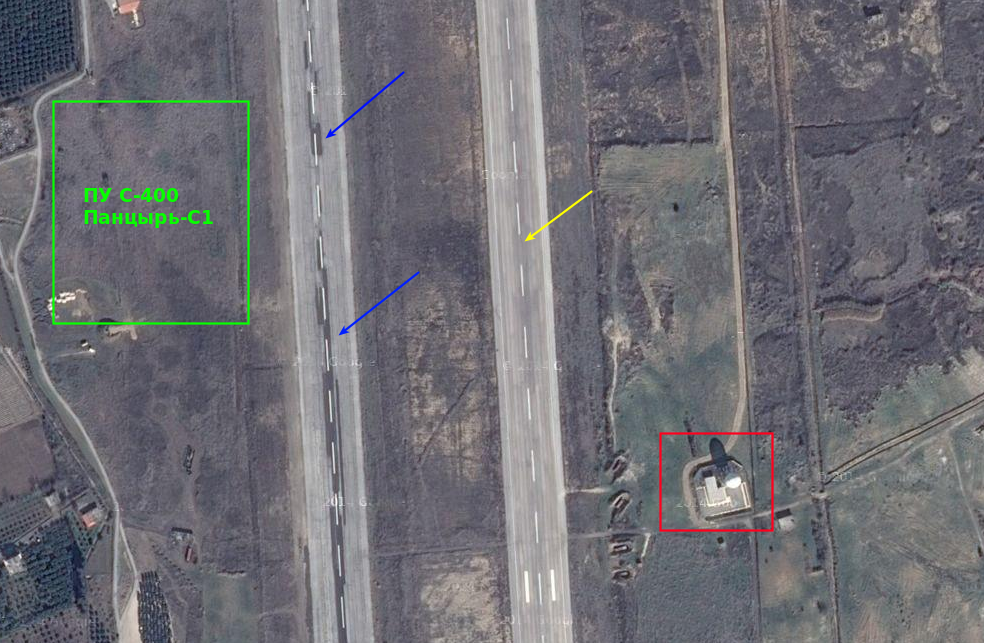 At the same time, Zaporizhzhya-tse Ukraina published the infographics which shows the effective areas of several weapon systems in Latakia, including the S-300M ‘Fort’ ship-based missile complex of ‘Moskva’ missile cruiser off the Syrian coast and the deployed S-400 ‘Triumph’ long-ranged missiles. 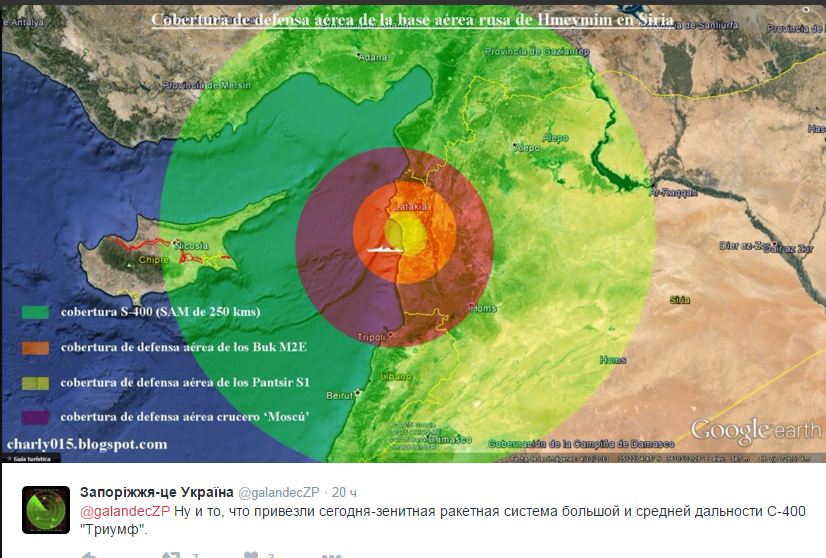