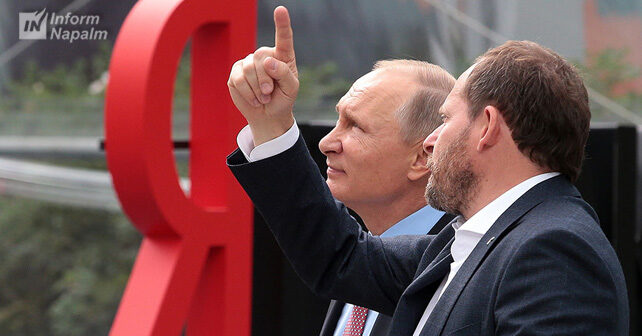 On May 21, 2021, the President of Ukraine Volodymyr Zelensky implemented a National Security and Defense Council of Ukraine (NSDC) decision on sanctions against 138 companies that had been adopted on May 14. The sanction list once again includes a Russian IT company Yandex and Russian media and TV channels.

The volunteers of the international community InformNapalm noticed that two weeks later, on June 4, Russian media published reports about the new text generating neural network introduced by Yandex. The network was named “Zeliboba” (a derogatory nickname of Zelensky). Two hours after the release the developers removed public access to the service saying that it had been released prematurely. It seemed as if the Russian IT corporation did this just to poke fun at the Ukrainian president.

However, the danger of this network is not in this teasing but in its ability to give new powers to Russian troll farms and help in spreading Russian fake news. The neural network is already capable of choosing the next word in a sentence and creating short texts based on just a few words entered by the user. The language model that constitutes the basis of “Zeliboba” includes several terabytes of Russian-language texts, including the Russian-language Wikipedia, news articles, and social media posts.

Some examples of the neural network producing full sentences from seed words have been published on the Internet: 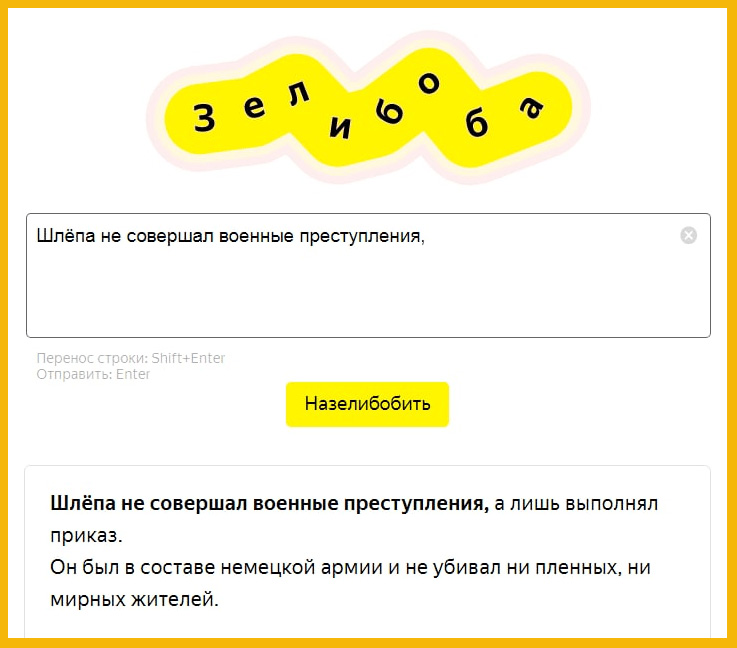 As we wrote earlier, the sanctions against Yandex were first imposed on May 16, 2017 by President Petro Poroshenko. They were based on a decision by the NSDC and were implemented for three years. That decision resulted from the efforts of civic activists, who demanded sanctions against Yandex and Russian social networks for the threats they presented to the Ukrainian national security. A year later, InformNapalm published some preliminary conclusions and analyzed outcomes  of those sanctions.

A New Technology of Neural Networks and Its Side Effects

The technologies capable of generating a text based on a context have been tested before. In 2017, Google researchers developed a neural network architecture called Transformer. The Transformer architecture is best known by the GPT family of neural networks that were developed by OpenAI. In 2019, OpenAI created the GPT-2 algorithm capable of generating high quality meaningful texts from just a few suggestions. The developers tested the neural network and realized that it could generate large volumes of trustworthy fake news.

Apparently, Russian developers decided to use this experience. The Russian neural network by Yandex could potentially be used in information warfare. In particular, it could reinforce troll farms, allowing them to scale up their activity by auto-generating fake news.

No Responses to “President Zelensky Prolongs Sanctions Against Yandex. The Company Names Its Neural Network “Zeliboba””