One year of Ukrainian sanctions against Russian social networks and Yandex: interim results 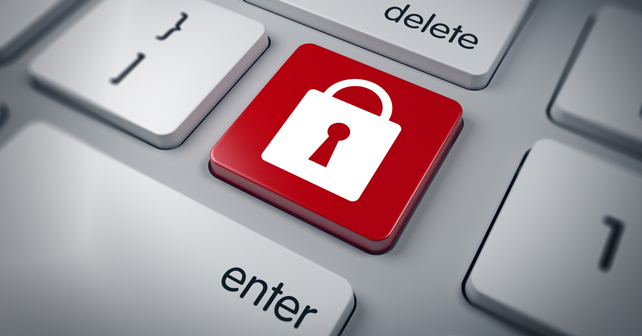 About one year ago, several volunteers of the InformNapalm community (the opinions on freedom on the Internet within the community divided, so the decision was not unanimous — Еd.) together with other activists and bloggers called for the introduction of sanctions against VKontakte (VK) and Odnoklassniki (OK) social networks as well as Yandex. These online services were deemed as threatening Ukraine’s information security in the context of the war with Russia. The initiative was a success: the National Security and Defense Council and the President responded by imposing sanctions. As soon as this happened, Russian Federation launched a new round of cyberoperations against Ukraine. There were many opponents of imposing sanctions; here are some oftheir most vocal arguments:

Today, after one year, we can draw the balance: time gave answers to all four points.

There is no real point in discussing the morality of sanctions in the context of war with a state which obliges its software producers to disclose all user data. What we should rather discuss instead, is the timing of their introduction. The events of the past year speak for themselves:

Can there be any doubt that Russian social networks, online services, bot farms and hackers will be actively used in the upcoming elections in Ukraine? And what would have been their role in the case of a full-blown Russian military invasion? Can there be any doubt that without the sanctions, Ukraine would have been critically vulnerable to their attacks?

According to Factum Group Ukraine, in December 2016, VK was the second most visited site in Ukraine, with the monthly coverage of 66% of the audience. A study conducted by Kantar TNS Ukrainein March 2018 revealed that VK social network left TOP 10 Ukrainian sites, with a downward trend and a coverage of 30.91%. A similar fate befell OK and Yandex. Yandex coverage became 24.74% (compared to the monthly coverage of 63% and the 4th place in TOP 10 Ukrainian sites in December 2016).

This drop in coverage of VK, OK and Yandex can be considered as qualitative. The resources of Russian propaganda were heavily focused on simplifying access to Russia’s Ukrainian services for a part of the Ukrainian audience. Russian Federation recognized the sanctions as a challenge to its state interests: statements by the Russian Foreign Ministry and government officialswere accompanied by a hasty launch of services designed to circumvent the sanctions. The key to the sanctions’ effectiveness was the rapid response of Ukrainian providers, which, despite claiming that blocking Russian services was impossible, coped quite well with the task. The fact that Russians had to maneuver, incorporate VPNs into their applications and invent other workarounds indicates the effectiveness of the Ukrainian approach. For example, a technological miracle, the so-called “russophone” hit the market: a rewired Android smartphone that only gives access to VK, OK and some Yandex products. Most Ukrainian providers keep successfully blocking Russian services today. A pleasant bonus is the fact that since sitemeters installed on many Russian websites get no response from Ukraine, these sites can no longer be loaded by many Ukrainian users. This further reduces the pressure of the Russian propaganda on Ukrainian users.

However, time has shown that there is still a loophole for the comeback of the sanctioned services since their blocking was a one-off measure, rather than a comprehensive approach. Over time, some of the products, including those specifically important for data collection, such as Yandex.Maps and Yandex.Navigator, again became available to Ukrainian users.

Read more: How much is a gram of Telegram, or why you should not get hooked on this messenger

There has been no analysis of the losses for the Ukrainian economy from the sanctions against VK, OK and Yandex. The growth or decline in GDP could be considered an indirect indicator of such losses. The Russian propaganda largely overstated the amount of possible losses. Had these arguments been true, it would have somehow affected Ukraine’s performance in terms of 2017 GDP growth forecasts. In reality, the GDP growth exceeded the forecasts. In April 2017, the World Bank projected annual growth of 2%. In reality, Ukraine’s GDP grew by 2.1%. According to the National Bank of Ukraine, the freezing of trade with the occupied territories of Donetsk and Luhansk regions resulted in a GDP drop of 0.9%, while GDP growth was further strained by the problems in the agro-industrial complex. Apparently, sanctions against Russian web services had no significant impact on the Ukrainian economy. It would be logical to assume that the redistribution of the market (including advertising market) in favor of the Ukrainian companies could only have had a positive effect on the Ukrainian economy.

As most experts had predicted, alternatives to Russian software products were easily found. They came from two main sources: the switch to American and European equivalents and the development of domestic products. Everything is clear with switching to social media equivalents: after VK and OK were blocked, Facebook increased its coverage from 42% (in December 2016 before the sanctions) to 67.98%. Instagram, whose audience grew to 23.87%, which is a quarter more than before the sanctions, compensated for the lost photo sharing functionality of VK. Yandex software products are still in demand, however, both its navigation and maps are gradually giving way to Google products. Yandex.Taxi lost its positions to Uber and Uklon.

Sanctions against 1C accounting software have not yet had any sustainable result, just because Ukraine is not ready to switch on a massive scale to a new software product with comparable value for money. Nevertheless, sanctions encouraged the development of such software. For what we know, products by SAP AG, Microsoft, IT:Enterprise, Accent and A2 (offline), as well as MasterBuch, Delovod, Oblik SaaS, Treasurer and others (online) compete successfully with 1C. At the same time, several teams are working on new Ukrainian counterparts, such as BookKeeper SaaS, etc. We believe that as the result, another systemic vulnerability in Ukrainian cybersecurity will be eliminated, along with the entire archaic culture of developing Cyrillic code for 1C that keeps some Ukrainian developers within the orbit of the Russian economy.

No Responses to “One year of Ukrainian sanctions against Russian social networks and Yandex: interim results”