Russia fights a HYBRID war with a HYBRID army 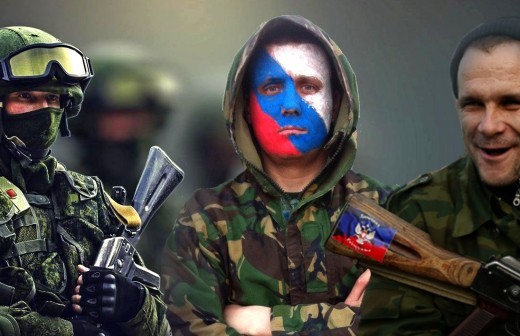 As society evolves, the methods of war change also. A modern war is quite different from wars of the past. A war is not just military actions, declared by a government and led by a regular army, any more. Military action is just one of the many aspects of a modern war, along with economic, informational, psychological, and political actions. This is why it may be difficult to realize that the current events in eastern Ukraine is a war of Russia against a neighboring sovereign country. The goal of Russia is not to help pro-russian separatists in Donbas, but to destabilize and get under its control the whole country of Ukraine.

An army in this hybrid war is not a conventional army either. It consists of not only regular military forces of the Russian Federation, but para-military formations, mercenaries, brainwashed locals, and others.