IMPORTANT! Pro-Russian terrorists in the Donetsk region shot down a passenger aircraft “Boeing 777”. 280 passengers and 15 crew members were killed on the spot.

According to eyewitnesses, today (July 17, 2014) at around 13:30 in the area of Torez (Donetsk region), a 9K37 Buk missile systems were noticed. Accompanied by “peaceful militia” (aka separatists and terrorists), they moved towards Snizhne.

Later, at 16:50 information about the shot down An-26 plane allegedly belonging to the Air Forces of Ukraine appeared in the official page of Igor Girkin, one of the leaders of militants. The plane was shot down near Torez. Girkin mentioned that they warned Ukrainians “not to fly in our sky”. At the moment he did not know that they destroyed a civilian “Boeing 777” with 295 passengers on board with those very Buks.

The source in the Ministry of Defense of Ukraine reported that the route of a military transport aircraft IL-76 had lain close to the route of Boeing. IL-76 headed to deliver goods to the blocked Ukrainian troops. It was also noted that there were anti-aircraft defense units in the area of deployment of Ukrainian forces. 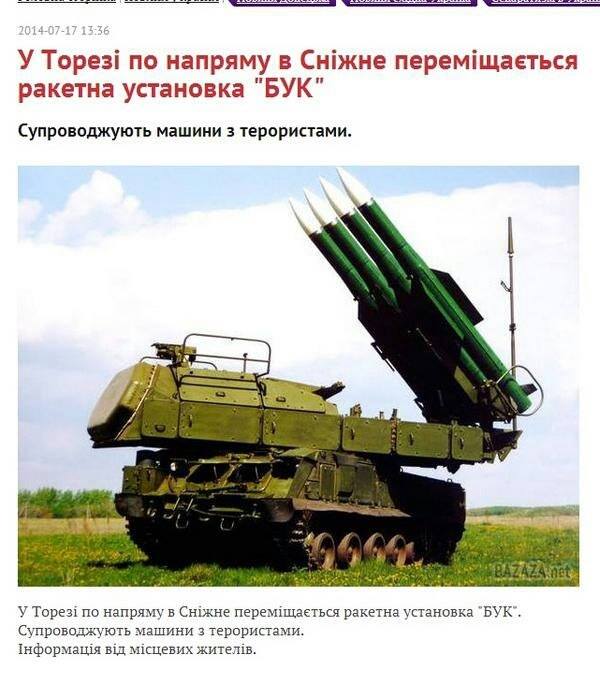 BUKs move from Torez towards Snizhne 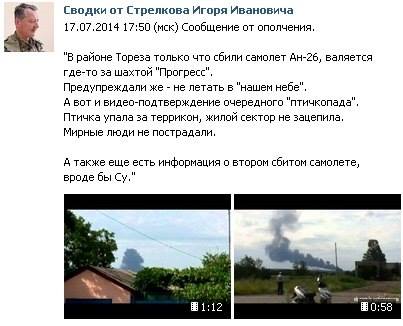 Girkin brags about the shot down plane 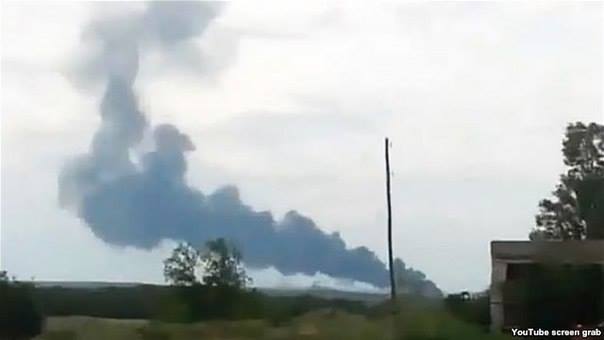