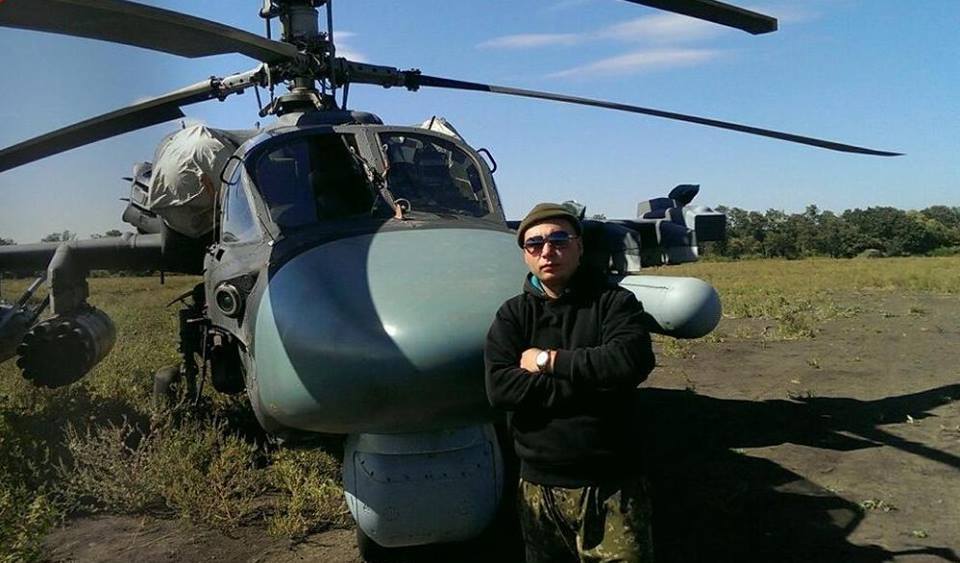 In the course of work on detection and identification of the Russian invasion forces, we were able to get photographic confirmations of presence of the newest “Ka-52” attack helicopters (NATO reporting name: Hokum B) with red hull numbers “55” and “53” in the fields of the Rostov region (Russian Federation). In the photo in the distant background you can see a transport Mil Mi-8 helicopter (or maybe Mil Mi-8AMTSh, armed assault variant of Mi-8), but we have been unable to identify it so far. 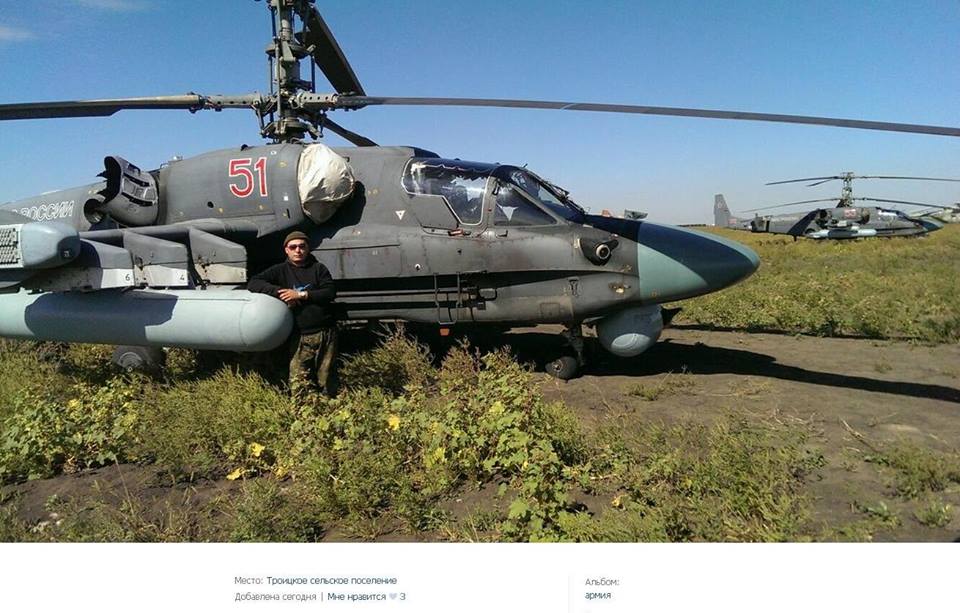 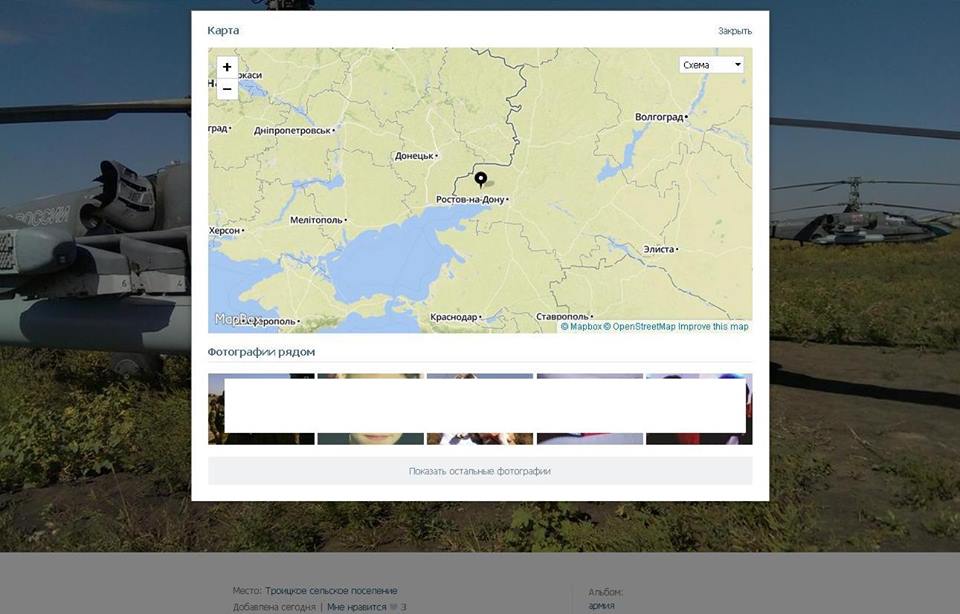 With the help of a simple Internet search we were able to identify the helicopters as belonging to the 393rd Air Force Base stationed in Korenovsk village (Krasnodar region of the Russian Federation).

We are very grateful to the idiot contract soldier from the 346th Spetsnaz Brigade of the Main Intelligence Directorate (GRU), who is very kind and often endows us with new and interesting photos.