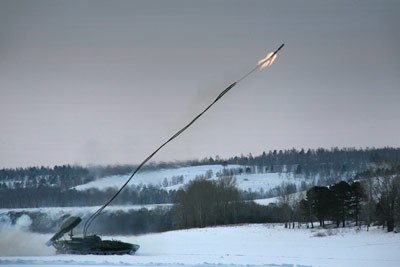 Russia continues an undeclared war against Ukraine. Evidence of this war has been provided regularly by Russian journalists, the participants of the events, and the civilian population of the occupied Ukrainian territories. Therefore, the talks by Russian leaders about fakes and forgery are absolutely unfounded. 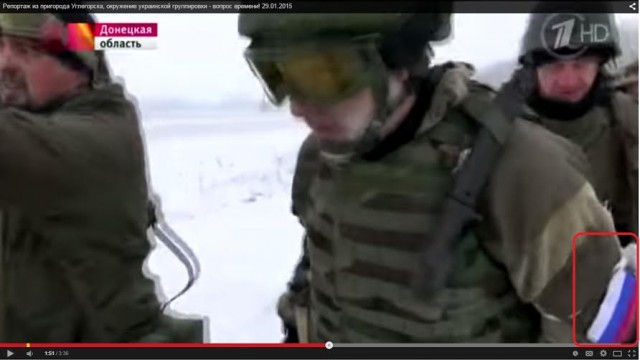 Since “Motorola” and his gangs appeared (editor’s note: Motorola is a nick name of a separatist field commander Arseny Pavlov), the so-called “local militias” have not become familiar with “their land” yet. At one point they could not pronounce Miusiinsk, now they do not even know that the city they are trying to take is called Uglegorsk.  https://www.youtube.com/watch?v=wLWvlMGrq9k 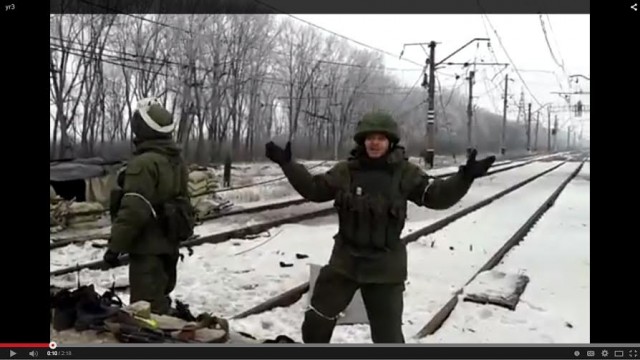 The Russian BMP-2 with a word “Lavina” written on its side, that has been filmed before, appeared in the picture.

Russian tanks not only drive on the roads of Ukraine but also get stuck as piles of metal scrap around the defensive positions of the Ukrainian armed forces.

The only thing that saves the “separatist movement” is Russia’s willingness to supply more tanks and cannon fodder for slaughter to achieve unknown goals. Tanks with 300’s and 400’s serial numbers have already reached the combat zone. 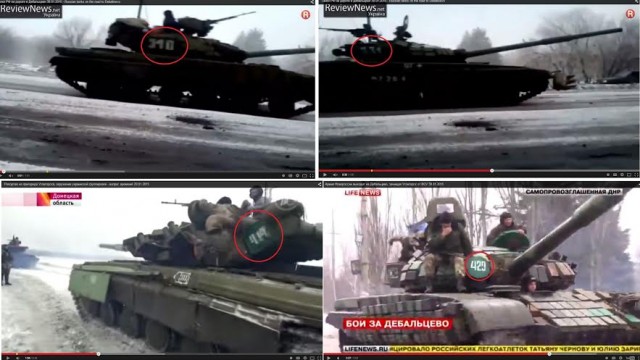 At the end of last year, images of the SNAR-10 “Leopard” and the “Lynx-1” on the roads of Ukraine were published. A battlefield surveillance radar system, the SNAR-10 “Leopard” (GRAU index  1RL232, NATO codename  “Big Fred”) is a Soviet era ground artillery reconnaissance station. The ARK-1 “Lynx ” (GRAU index  1RL239) is a Soviet artillery radar system for reconnaissance and ground artillery fire adjustment.

The appearance of yet another type of weapon, not previously used in battle in eastern of Ukraine, was accompanied with traditional comments by the Russian side that the machines are old and the DPR or LPR could get these vehicles from other sources. These statements are unfounded, considering the complete absence of money and real independent government, as well as allies, except for Russia. In February, this SNAR-10 ‘Leopard'” was spotted directly in the combat zone. The video was filmed by the Russian newspaper “Komsomolskaya Pravda”, a great friend of separatists. Serves them right.

Finally, here is a story of the “Dragon” in Donetsk. Servicemen of the Ukrainian Armed Forces stated that during the storming of the Donetsk airport, a mine clearing vehicle the UR-77 “Meteorite”, in common military jargon “Dragon”, was used.  Until now, there was no evidence supporting the presence of this vehicle in the areas occupied by Russia.  Until a video “A tank drives along the streets of Donetsk” appeared. It was not a tank in the video, nor was it a complete UR-77 which was designed on the basis of the 122-mm self-propelled howitzer 2S1 Gvozdika. We have not found any official information on the existence of this vehicle based on the MT-LB yet. However, there is a video filmed on the streets of the Ukrainian city showing a machine similar to the “Dragon” and carrying on board a tactical sign adopted by the Russian army.

Online information about this vehicle (based on the MT-LB) may be absent for one simple reason. This vehicle is a transitional variant between UR-77 and UR-07 (based on the BMP-3). Only a few of them exist, unknown to the general public. But the appearance of a turret-like superstructure bearing two launch ramps indicates structural similarities of the vehicle in the video and the UR-77.

One Response to “Russian Military Equipment “Leopard” and “Dragon” in Ukraine”