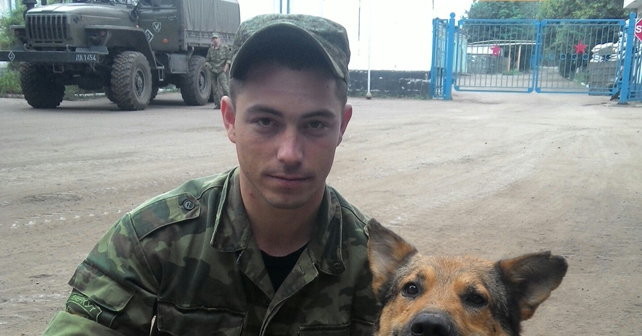 On July 21, 2017, in a pro-Russian group Gorlovka Self Defense on VK social network, an ad appeared (archive) about a lost Russian military ID:

“Guys, on July 15, a Russian military ID and a car document were lost; there was money in the military ID, keep it for yourself. Please return the documents. Text or call 0669319105, military ID is for Vladislav Glukhov, d.o.b. 1992”

A similar message in that group was posted earlier, on July 17, as well (archive), without the name and date of birth, but with the same phone number: “A Russian military ID was lost yesterday in the area of ​​Shakhtar Market or the Hospital #2; if anyone finds it, please text or call 0669319105, the document is very important, many thanks in advance!“

Note that the announcements have been posted in the social media group of Horlivka, a Ukrainian city in the occupied part of Donbas.  The first entry of July 17 specifies the district of the documents loss as “Shakhtar Market or Hospital #2“. Shakhtar Market is an open market located near the Shakhtar stadium. This area is marked on the map. This is the center of the Horlivka. 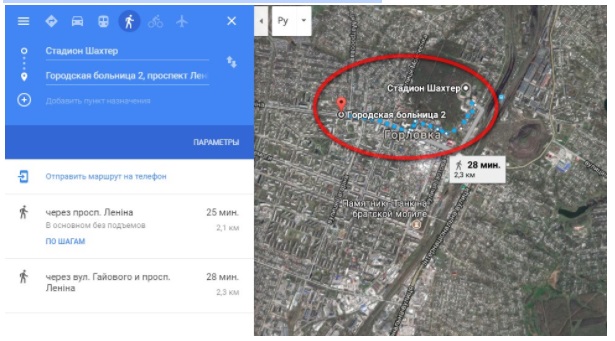 Glukhov’s commendation, dated December 25, 2015, was also given to him in Horlivka. 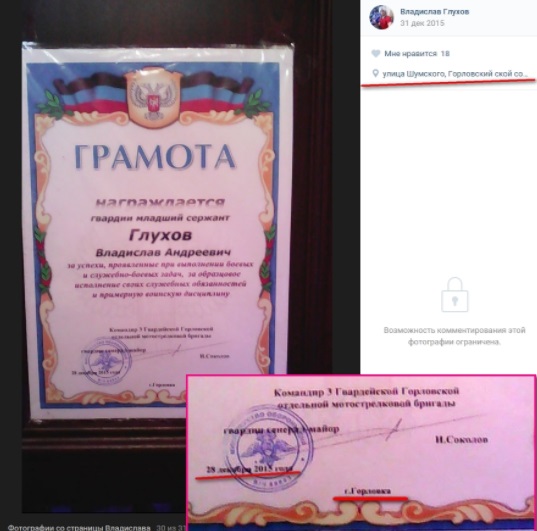 The mobile phone number 0669319105 from the ad led to the group named Kanzashi hand-made goods, where one of the posts lists this phone number. This group has been created and is led by Victoria Glukhova. The analysis of photos of Victoria and Vladislav Glukhov from their VK profiles showed that they are not just namesakes, but spouses with two children (archive). 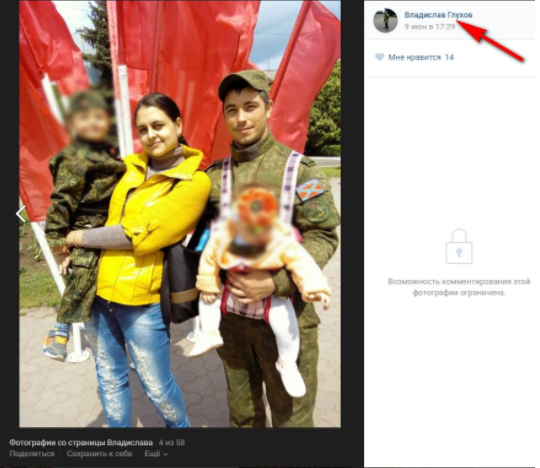 In Vladislav Glukhov’s albums there is a photo of himself with Eduard Basurin, the speaker of the Donetsk People’s Republic (DPR) considered a terrorist organization in Ukraine. 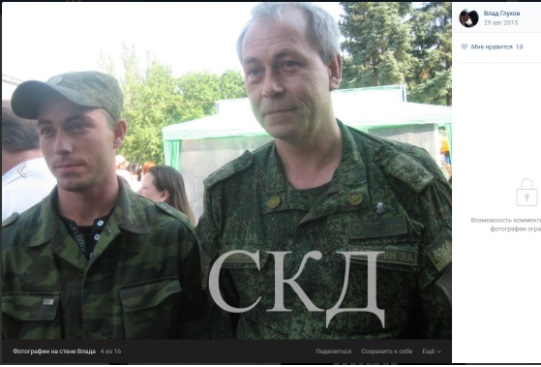 The disorganized Vladislav Glukhov created as many as five social network profiles with a birth date of October 25, 1991 (archive). For fear of publicly exposing his real data in the ad the Russian soldier slightly changed it to “complicate” identification. But in his impatience to regain his “Russian military ID”, he exposed his wife, by giving her phone number.

And a must-have for any Russian soldier – a photo demonstrating disdain towards sanctions. 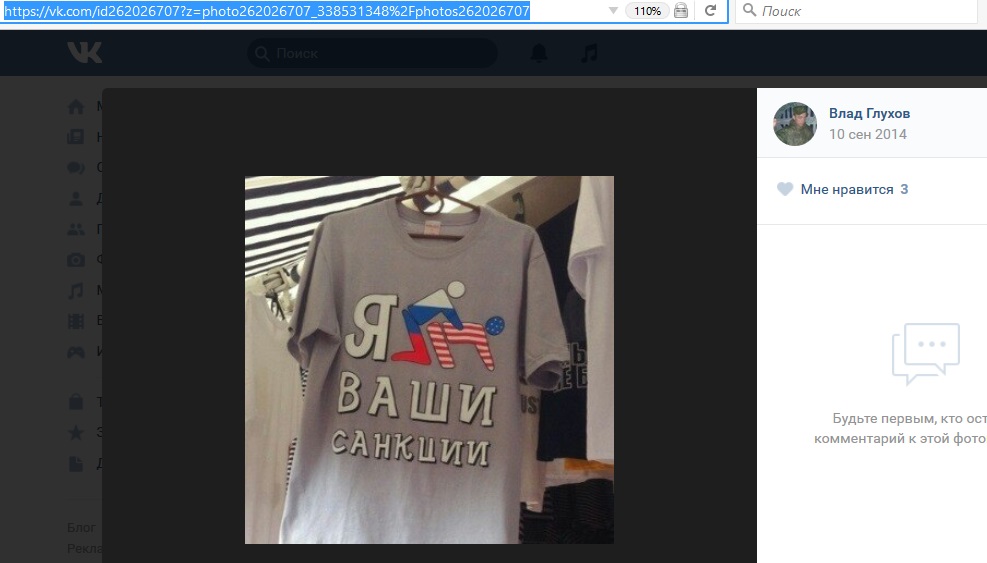 Read more: Russians talk in occupied parts of Ukraine “Vania, I am returning from a meeting, they ordered all Russians to turn in their passports … and receive LPR passports”

Dear readers of InformNapalm. We urge you to send us a photo or video of the Russian military ID, in the name of Vladislav Glukhov, d.o.b. October 25, 1991, lost in the area of ​​Shakhtar market or Hospital #2 in Horlivka. We guarantee anonymity.

Material for publication prepared by  Vidal Sorokin specifically for the site  InformNapalm .Translated by Victor Danilchenko, edited by Artem Velichko
An active link to the authors and our project is obligatory for any reprint or further public use of the material.
(Creative Commons — Attribution 4.0 International — CC BY 4.0)
Repost and share with friends.
For notifications about InformNapalm investigations follow us on
Facebook / Twitter / Telegram
.