Russians talk in occupied parts of Ukraine “Vania, I am returning from a meeting, they ordered all Russians to turn in their passports … and receive LPR passports” 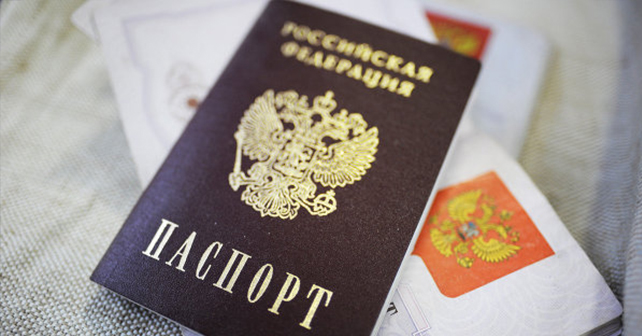 On July 24, InformNapalm volunteer intelligence community received audio recordings, containing a discussion of a new order: mandatory surrender of passports for all the Russian citizens who are fighting Luhansk People’s Republic (LPR) illegal armed groups. The recordings have been sent by an insider from the occupied territories on condition of complete anonymity.

At this stage of records analysis, it is difficult to establish their authenticity, but the information presented is at the very least interesting. The facts discussed in the recordings supplement the previously established data. Among other things, it is discussed that Russian servicemen are being forced to turn in their passports for storage in a safe against a handover note or risk dismissal for failure to comply. For some reason, it is the dismissal that the voice on the record is so afraid of, which indirectly suggests his affiliation with the Russian army.

“Hello, Vanya, listen, I’ am returning from a meeting, they ordered all Russians to hand over their passports on a mandatory basis. This is fucked up, Vanya, they said they will simply fire folks … they write notes, notes for a safe”

“The FSB came to us yesterday. It’s clusterfuck, basically, we need to get an LPR passport, 5 people were with DPR passports, they were released, and we were fined 2,000 [rubles] each … So far they gave us 10 thousand, he sent you the advance… by the 25th, they should … Any day now”

Read more: Abandoned by Russia: a scout from 22nd Brigade of the GRU captured by Ukrainian Army (video)

We should like to remind that on June 24, 2017, near the village of Zholobok, Luhansk Oblast, Ukrainian soldiers from the 93rd Mechanized Infantry Brigade (MIB) defeated a sabotage group and captured a regular serviceman from the 22nd Special Forces Brigade of the Russian Main Intelligence Directorate (GRU). Vladislav Klochkov, the commander of the 93rd MIB, said that during the clash with the sabotage group of the enemy, the commander of this group, Alexander Shcherba, an officer of Russian Army, was killed in action, while four other group members were captured. Among them, Victor Ageev, a Russian citizen, resident of the Altai Krai and an active serviceman of the 22nd Special Forces Brigade of the GRU.

Perhaps it was this very incident which served as a catalyst for the activity of the Russian FSB, and for the demand for all Russian military to turn in their passports and receive LPR passports. This step further confirms the intention of the Russian leadership to keep the plausible deniability at all cost, including abandoning Russian citizens captured as POWs in the Donbas.

Recently the mother of Viktor Ageev, with the collaboration of the Ukrainian side and the assistance of a Novaya Gazeta journalist Pavel Kanygin, arrived in Ukraine, and met with her son at a Ukrainian detention center.

One Response to “Russians talk in occupied parts of Ukraine “Vania, I am returning from a meeting, they ordered all Russians to turn in their passports … and receive LPR passports””