Russian Special Forces Mop Up “Volunteers of the LPR”. Dumping of Novorossia or Preparing for War?

On January 10, 2015, Roman Bochkala, a Ukrainian journalist, reported the following from the occupied town of Krasnodon (Luhansk Oblast):

It is a fray here today. Russian special forces, supposedly unit “Vympel”, with the support of heavy machinery, have surrounded a base of the local militia battalion “Odesa.” [There were] tons of snipers. They offered to the militants to surrender, otherwise they would storm. The reason is not clear, but it looks like a cleansing. The roads to Luhansk are closed, buses can’t pass. [Russian] special forces must have entered Ukraine last night. All of them are definitely Russian professionals, they haven’t been seen here before.

In addition, one of the separatist YouTube channels, “Coordination Center “Novaya Rus” [New Russia], posted a video “The real events in Krasnodon. 10.01.2015 Phoma MGB LPR” (as of January 13, this video has been removed from the channel, but we were able to find a copy).

We also found the following comment in the description of the video:

Our correspondents decided to check the information about blockade of the base of battalion “Odesa” in Krasnodon in the morning of January 10.

This video is proof that it isn’t a rumor: the base in fact is surrounded. The offensive forces consist of about fifty gunmen, one tank, two BPM-97 “Vystrel” armored vehicles, a lot of other vehicles, and groups of snipers dressed in winter camouflage.

In addition, the timeline of the events can be reconstructed from the social media:

09:15 am. Rumor has it that a certain Mr. Bugrov is negotiating a disarmament with Phoma (commander of “Odesa” battalion).

09:33 am. The blockade is ongoing; [there are] about fifty people, snipers, winter equipment, support: one tank, two BPM-97 “Vystrel”, a lot of other vehicles, the road is blocked. This is an external circle.

2:12 pm. Roman Bochkala wrote on his page in Facebook: «Krasnodon. Separatist battalion “Odesa”
gave in without a struggle to Russian special forces. One militants disarmed the others.”

The commander of “Odesa” made curious comments to the pro-Russia TV channel NewsFron. He said that the battalion “Odesa” was preventing robberies, looting equipment, and stealing money.

It is also curious that in the interview, the Russian special forces were carefully referred to as a “private military company.”

Further, the identification of BPM-97 “Vystrel” accidentally caught on video went viral in social networks. It says better than any words how “private” this company is. 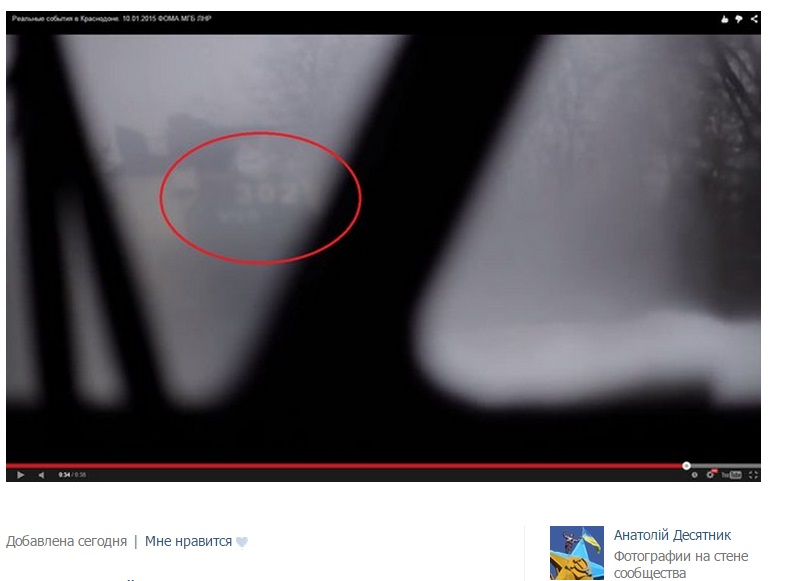 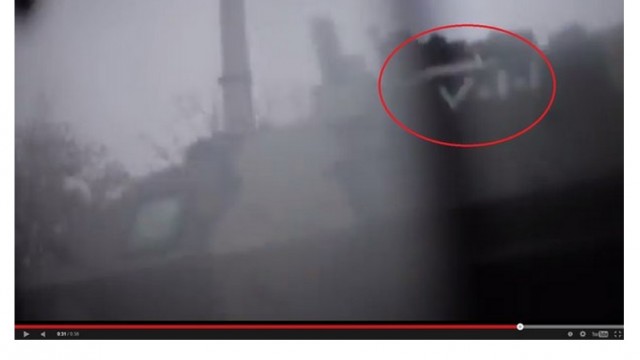 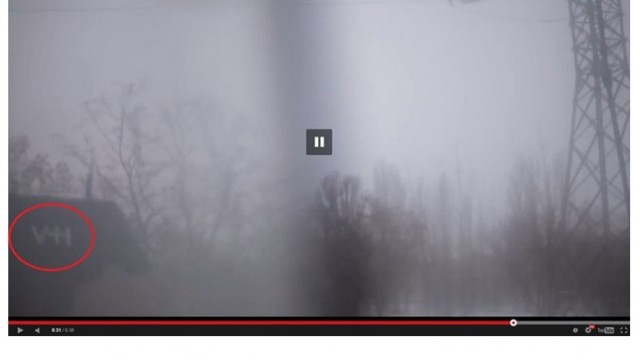 On the left: Militia military exercise in Luhansk. On the right: Military parade in Moscow.

Earlier in the material Luhansk “Shot” in the Head of the Kremlin Propaganda, we described how light armored Russian vehicles BPM-97 KAMAZ 43269 were spotted for the first time in Ukraine. They are produced in several versions under the names of “Vystrel” and “Dozor”.

There are currently about 150 of these machines in operation. They have never been supplied to Ukraine, and therefore, could get into the Luhansk Oblast only with the Russian army, not with “private military companies” of the LPR.

2 Responses to “Russian Special Forces Mop Up “Volunteers of the LPR”. Dumping of Novorossia or Preparing for War?”