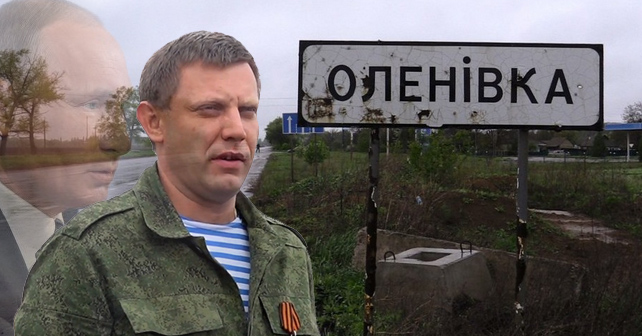 On April 27, the information war of the Russian Federation aimed at discrediting the Armed Forces of Ukraine escalated sharply. A media attack was organized around the shelling of a checkpoint in the village of Olenivka in the Donetsk region and accompanied by the statements of the “top officials” of the puppet terrorist Donetsk Peoples’ Republic (DPR) enclave.

With one accord and almost simultaneously, information resources of the DPR and the Russian media launched a campaign blaming the “Kyiv junta” for shelling the checkpoint. 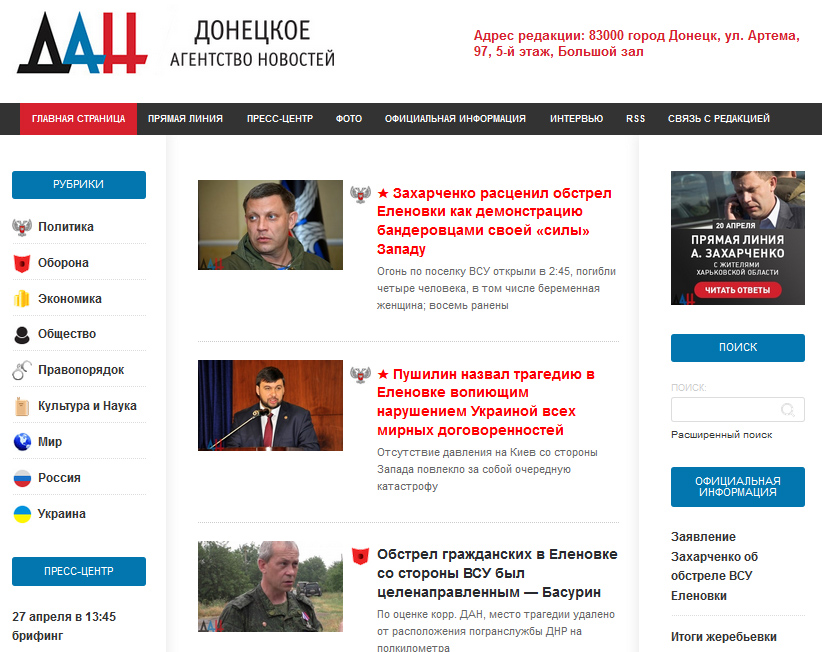 Terrorists’ websites reported that four civilians who slept in their cars at the checkpoint were killed, and eight more injured. To increase the dramatic effect, it was reported that a pregnant woman was among the casualties; however, it remains unclear why she would spend the night in a car at the militants’ checkpoint.

Incidentally, recently the speaker of the DPR terrorists Eduard Basurin announced possible attacks on the checkpoint in Olenivka by the Ukrainian army. Now the militants claim that the fire at the checkpoint was opened at about 2:45 am from the Ukrainian positions with a 120-mm mortar. Even though the militants provided no supporting evidence, their statement is being actively circulated in the Russian media for a fact.

Oleksandr Motuzyanyk, a spokesperson of the Presidential Administration on Anti-Terror Operation (ATO), denied the accusations of the terrorists. According to him, the militants fired at the positions of the Ukrainian forces near the village of Olenivka with small arms, but the fire was not returned by the Ukrainian army. This was reported by Ukrainska Pravda.

The analysts of the international InformNapalm community believe that fuelling tensions and orchestrating bloody provocations with a large-scale media support is part of the plans to escalate hostilities in Donbas nurtured by the Russian Federation. It is no coincidence that the provocations marathon started on the eve of the Easter and May holidays.

Among possible scenarios, InformNapalm analysts see penetration of Russian subversive groups through the front lines to capture artillery equipment or deployment of highly mobile mortar teams for shelling civilian targets (schools, kindergartens, and hospitals) from the territory controlled by Ukraine. These actions will serve to trigger the offensive of the joint Russian-terrorist forces.

Each Russian media attack is based on creating news pegs: disasters, catastrophes or terrorist attacks, with specially trained “journalists” placed at vantage points in advance. What we see today is an attempt to stage another tragedy in order to further escalate the situation in Donbas.

Let’s look back at some of the most high-profile terrorist attacks organized by the Russian side in Ukraine. The purpose of some of them was to blame the Ukrainian military for the deaths of civilians.

January 13, 2015: Shelling of a passenger bus near Volnovakha, leaving 12 persons killed and 18 injured.

January 22, 2015: Artillery shelling of the bus stop at Donetskgormash (Bosse St.) in Donetsk, with 8 to 15 persons killed and more than 20 injured.

January 24, 2015: Checkpoints of the Armed Forces of Ukraine and the residential district Vostochnyi in Mariupol were shelled with MLRS, leaving 31 persons killed and 117 injured. All of the victims were civilians, there were children among them.

Each of these incidents was planned in advance and covered by the Russian propaganda media. The vigilance and the efforts of Ukrainian and international investigators revealing numerous inconsistencies in Kremlin’s versions of events and exposing the instigators helped prevent a further escalation of fighting that Russia tried to provoke.