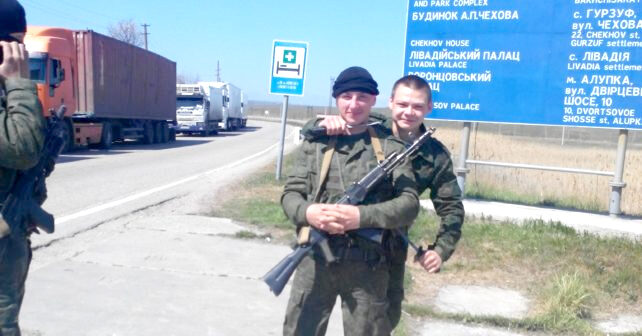 Volunteers of InformNapalm volunteer intelligence community found that servicemen of the 108th Air Assault Regiment (military unit 42091, Novorossiysk) took part in the special operation to seize Crimea. This regiment is now part of the 7th Air Assault Division of the Russian Armed Forces. The Military Prosecutor’s Office of Ukraine has compiled a list of units of the Russian Army involved in the seizure of Crimea, but the 108th Air Assault Regiment (AAR) is not mentioned in it, therefore we present here the materials about this unit for study and further use. In addition, we present evidence that a serviceman from this regiment, who has now joined the Ministry of Emergency Situations of the Russian Federation, illegally entered Luhansk Oblast through uncontrolled sections of the Russian-Ukrainian border as a participant of the so-called “humanitarian convoys”.

In 1948, the regiment took part in the hostilities against the Forest Brothers, partisans who resisted the Soviet occupation in the Baltic countries. In 1956 – in the operation codenamed “Whirlwind” during the suppression of the revolution in Hungary. In 1968 – in the suppression of the Prague Spring. After that, the unit participated in the intervention to Afghanistan as well as in the wars against Georgia in 2008 and against Ukraine in 2014.

Photo evidence of the participation of the 108th AAR in the seizure of Crimea was made public by a Russian soldier who did his conscript service in this regiment. Meet Denis Kuzmenko (Russian: Кузьменко Денис Валерьевич), born December, 8, 1994, in Stavropol city, Russian Federation. 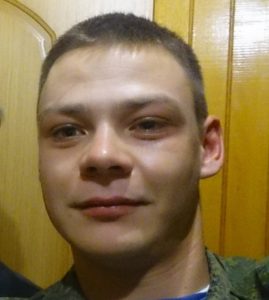 A photograph (archive) was found on-line, with Kuzmenko standing at a road sign with the address of the nearest medical institution: “1, 12th April St”. The Kerch City Hospital No. 2 is located at this address. Also the photo shows a board with a list of historical and cultural monuments of Crimea: 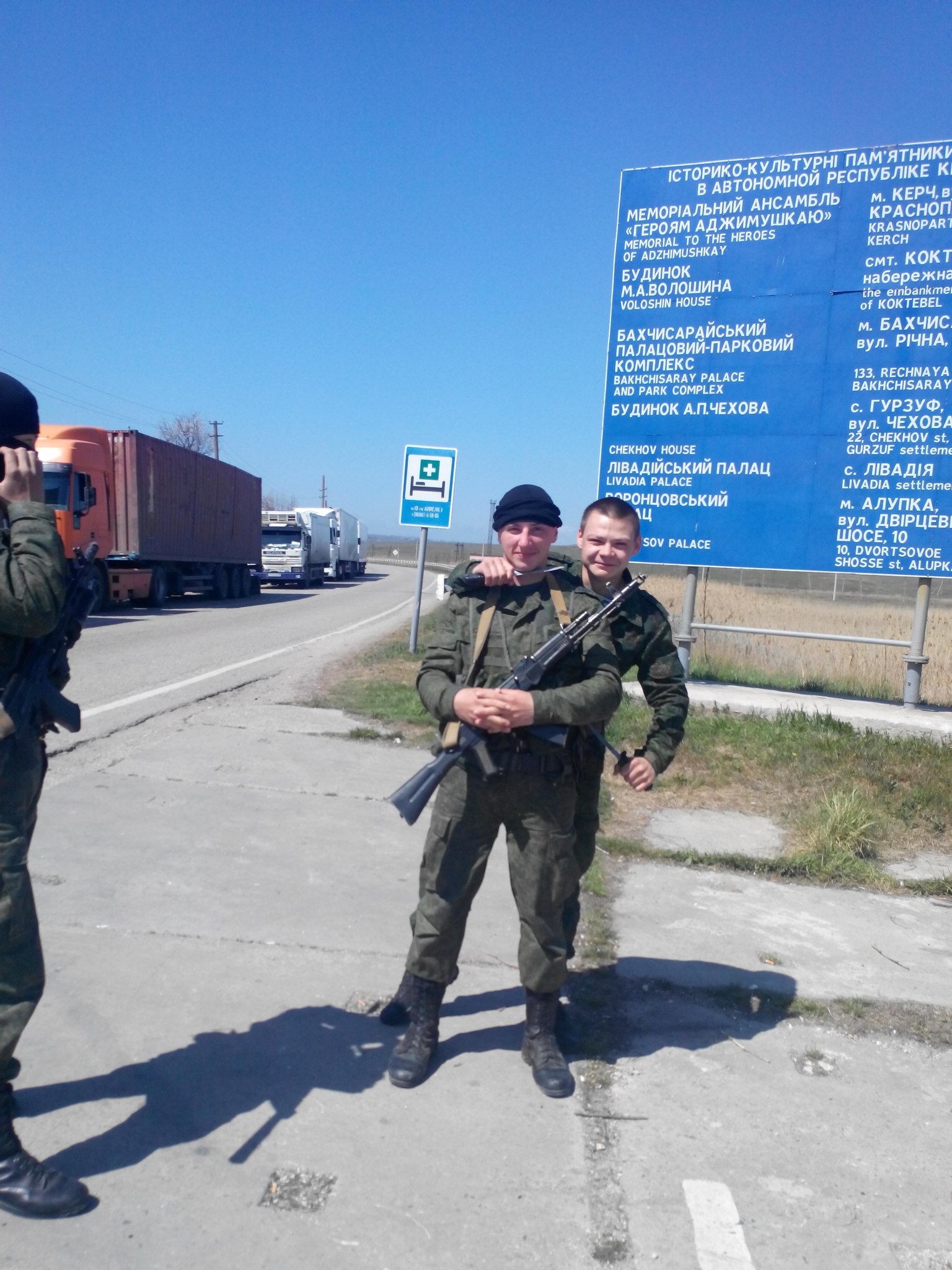 In his album on the VK social network, the Russian paratrooper posted a picture of his medal for the occupation of Crimea and its award certificate. 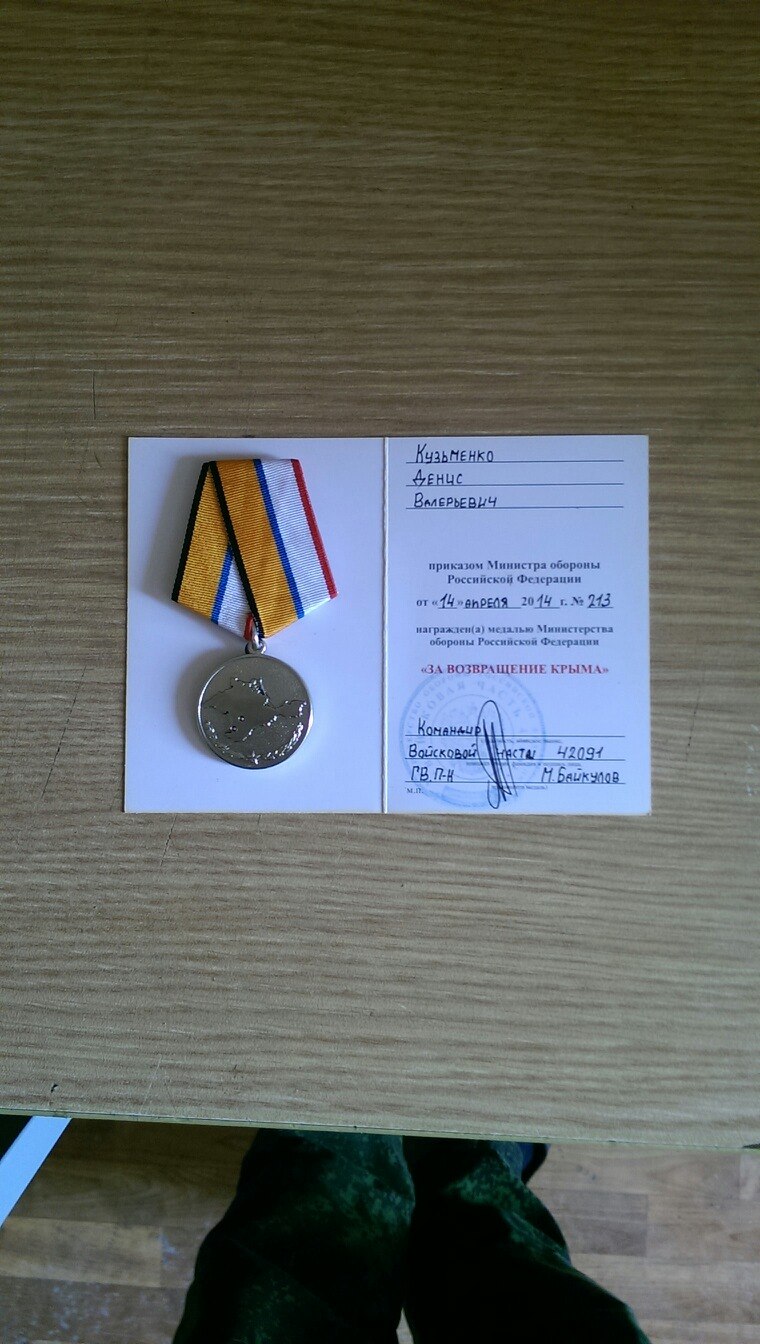 Here is another occupant from the 108th AAR. Nikolai Dovzhenko (Russian: Довженко Николай Александрович), born on March, 3, 1995 in Kamensk-Shakhtinsky, Rostov Oblast, lives in Rostov-on-Don. He studied at the Rostov-on-Don Automobile and Highway College.

While serving in the 108th AAR, Dovzhenko participated in the operation to seize Crimea, and was awarded the relevant medal. 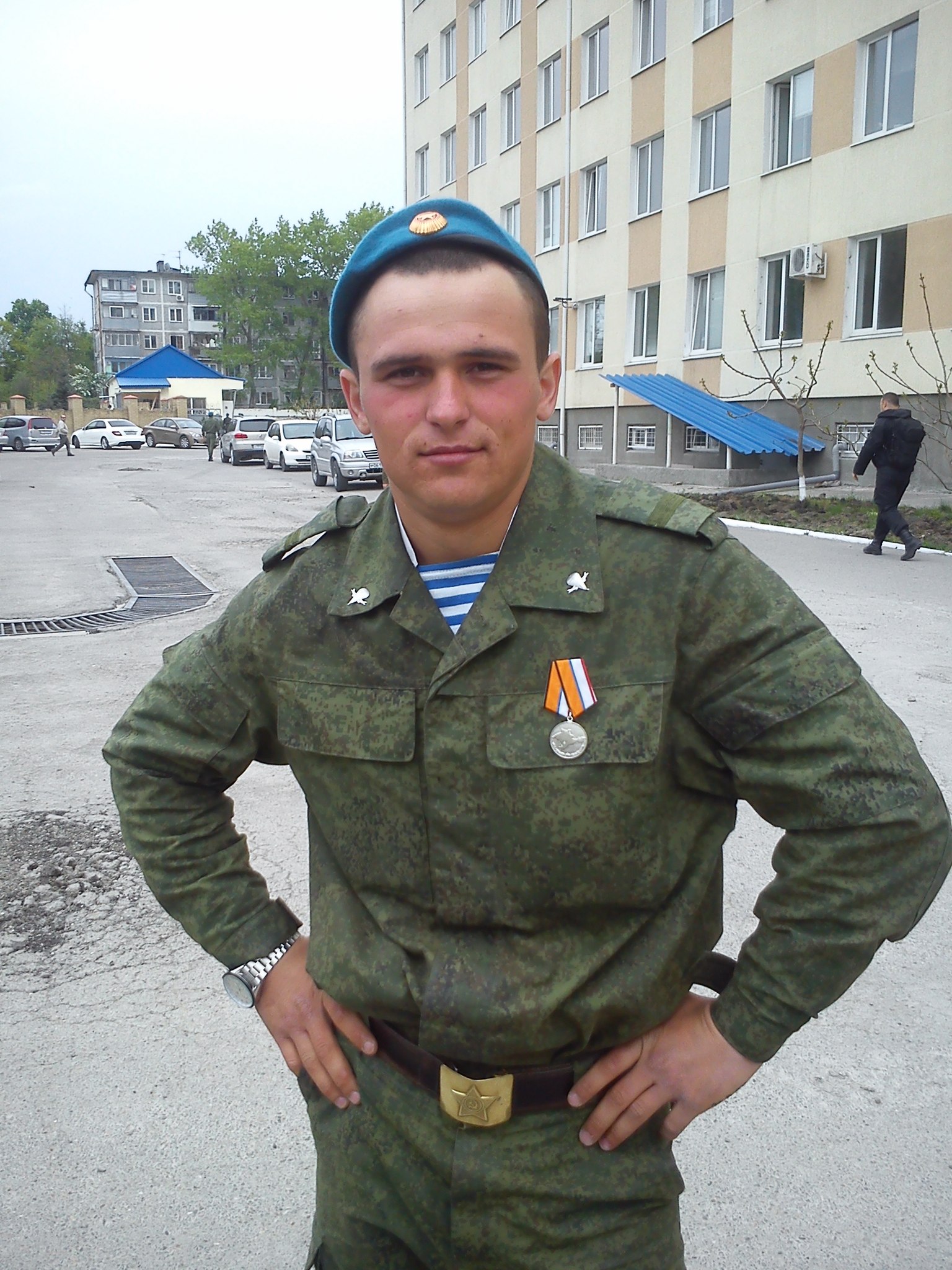 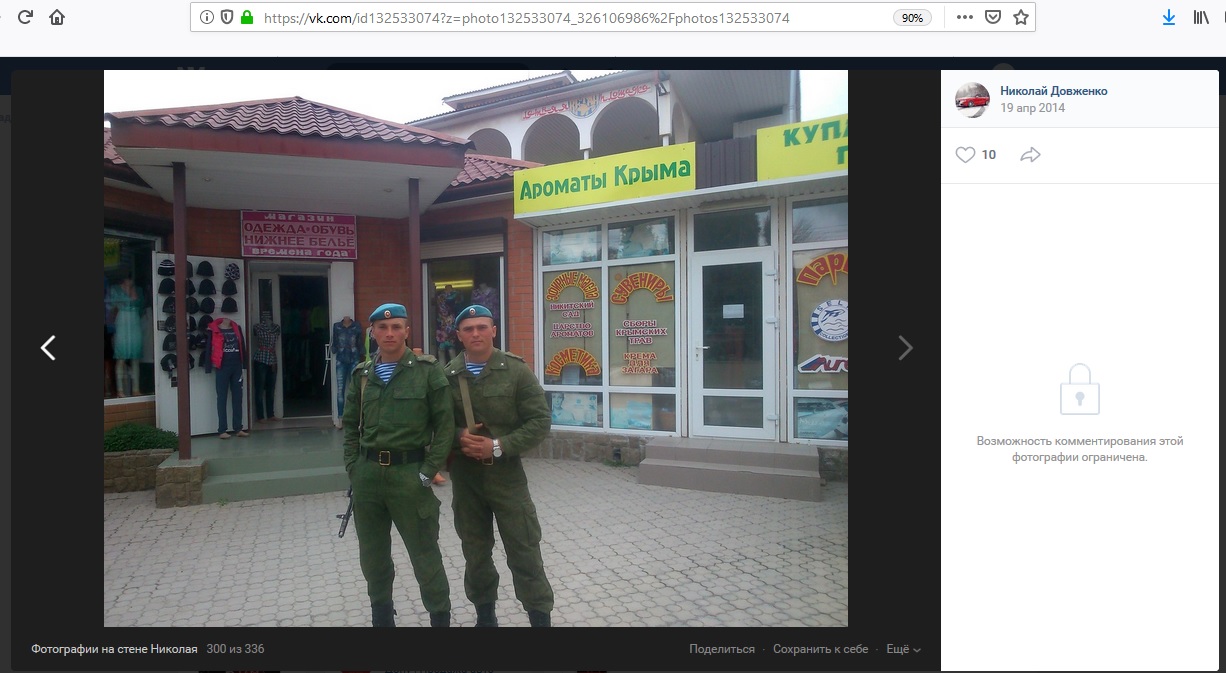 His comments below the next photo taken in Simferopol say that Russian paratroopers “ride around taking part in rallies”. 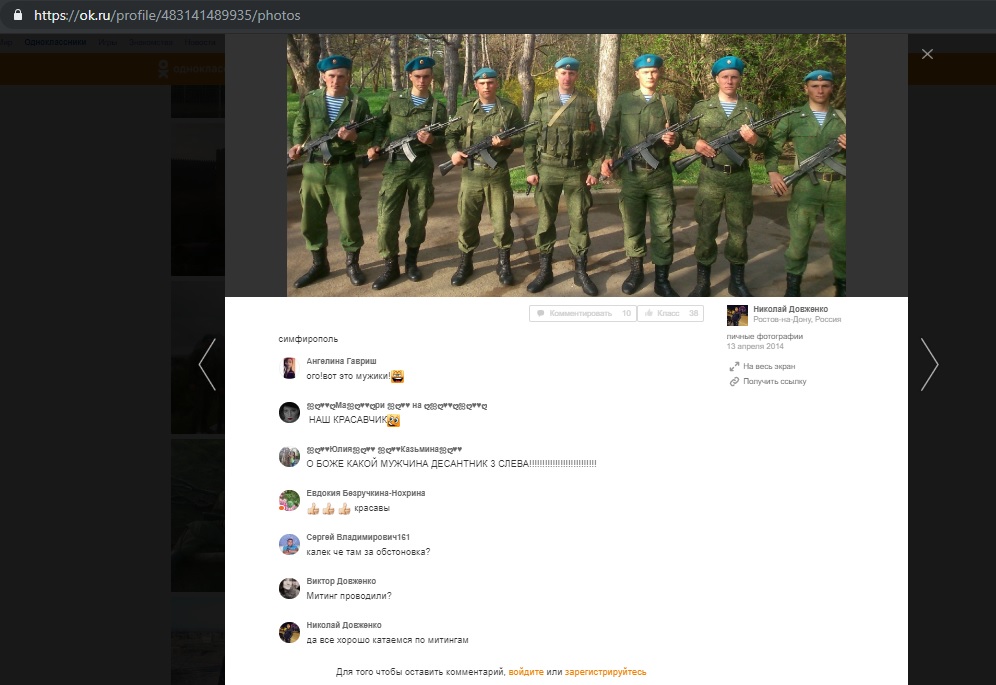 After demobilization Dovzhenko continued his service at the Russian Ministry of Emergency Situations and participated in the violation of the Russian-Ukrainian border along with the so-called “humanitarian convoys” that delivered soldiers, weapons and ammunition to the Donbas through uncontrolled sections of the border under the guise of humanitarian goods. There is a picture of him in front of the road sign “Luhansk” In his album. 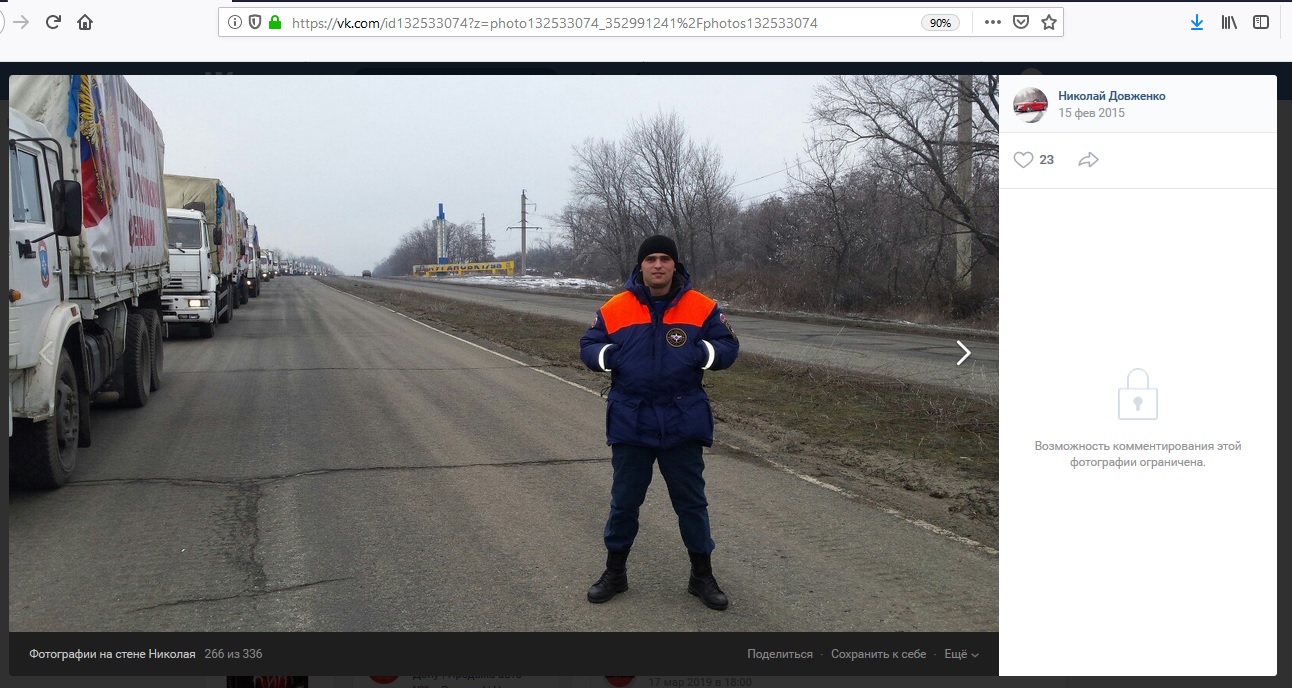 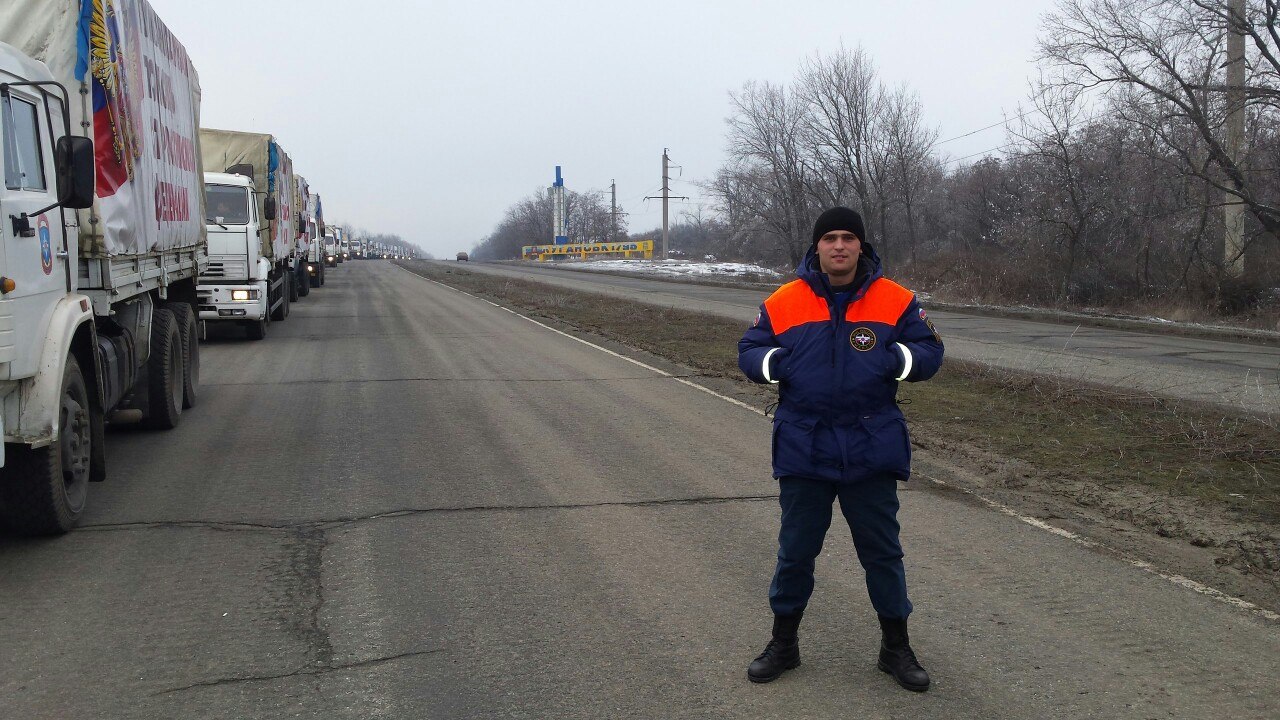 It is likely that Dovzhenko also took part in the hostilities in the Donbas – we are confident that the investigators of the International Criminal Court will find out.

The award certificates for medals for the occupation of Crimea for servicemen of the 108th AAR were signed by the commander of this regiment Colonel Baikulov.

Colonel Baikulov is on the left in the screenshot from this video. 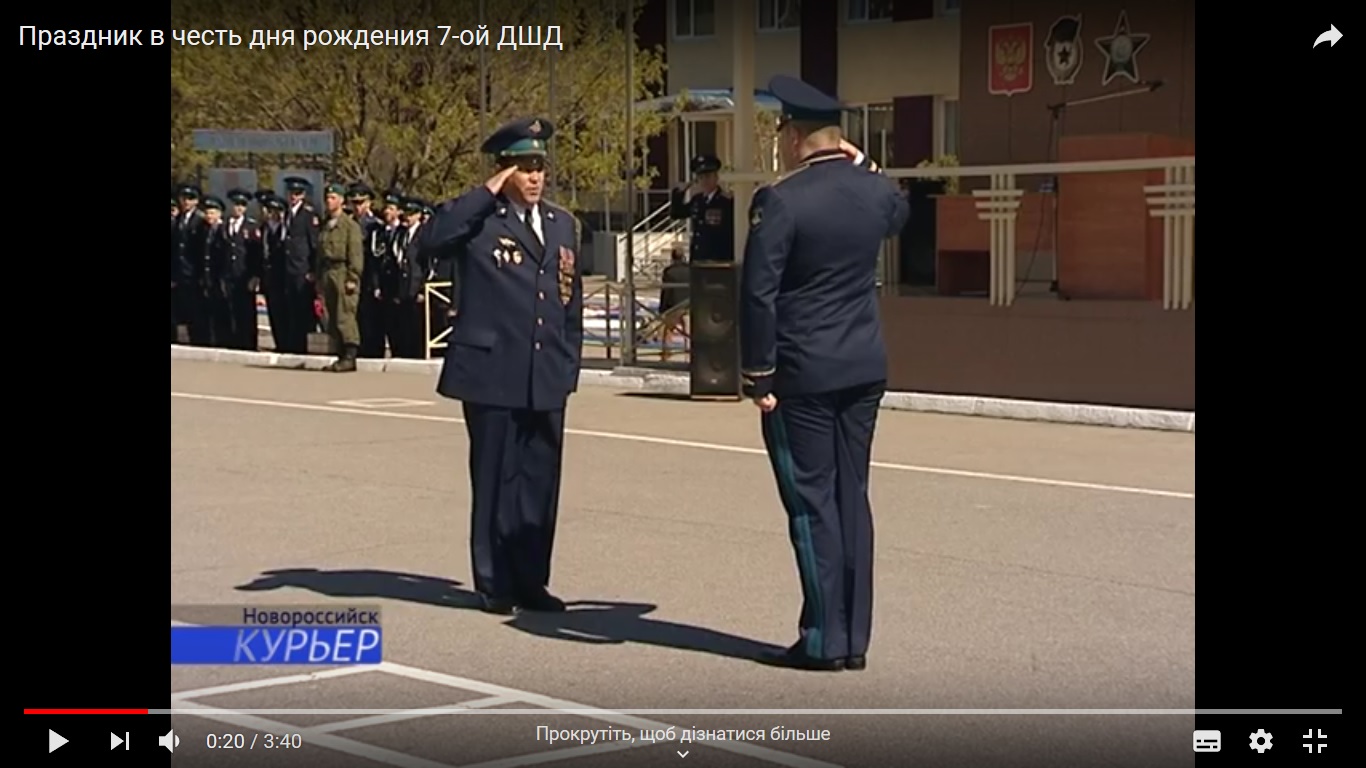 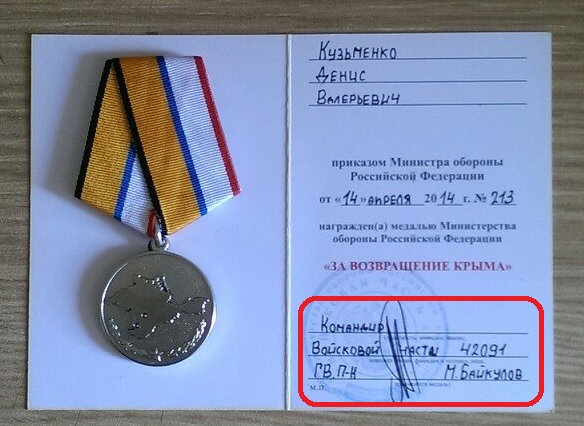 Photo of the medal for the occupation of Crimea with its award certificate signed by Colonel Baikulov.

Russian occupant Nikolai Dovzhenko removed photo evidence (pictures of the medal for the occupation of Crimea, as well as pictures taken in Crimea and the occupied Donbas, where he had been as part of the so-called “humanitarian convoys”) from his photo albums on VK and OK social networks. As usual, we have saved all the evidence for the International Criminal Court.

VK profile at the time of publication of the investigation: there were 336 photos in the photo album. 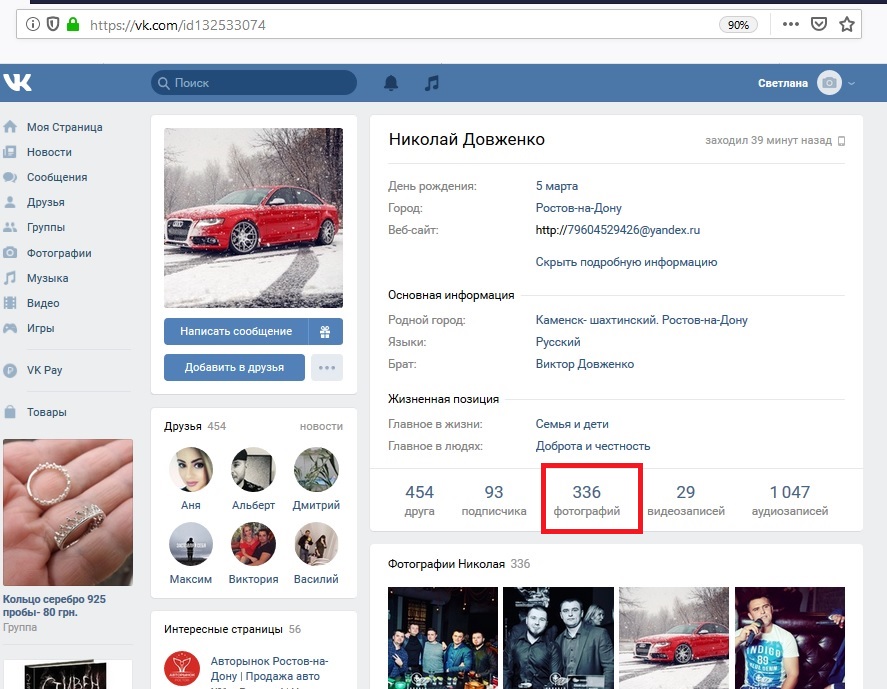 VK profile after clean-up: there are 280 photos in the photo album. 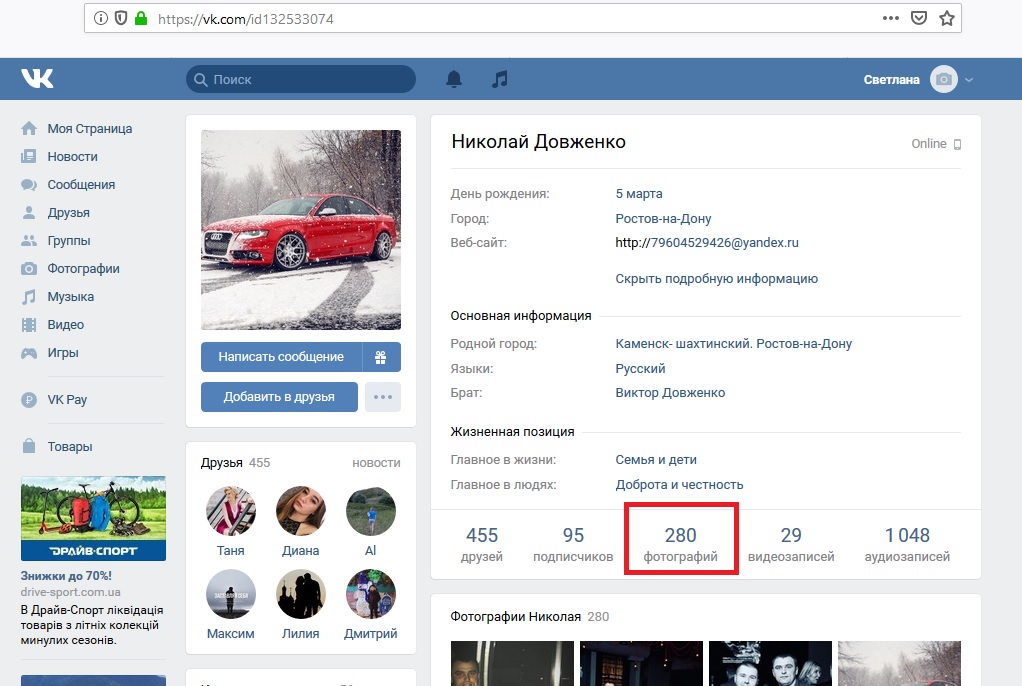 OK profile at the time of publication of the investigation: there were 340 photos in the photo album. 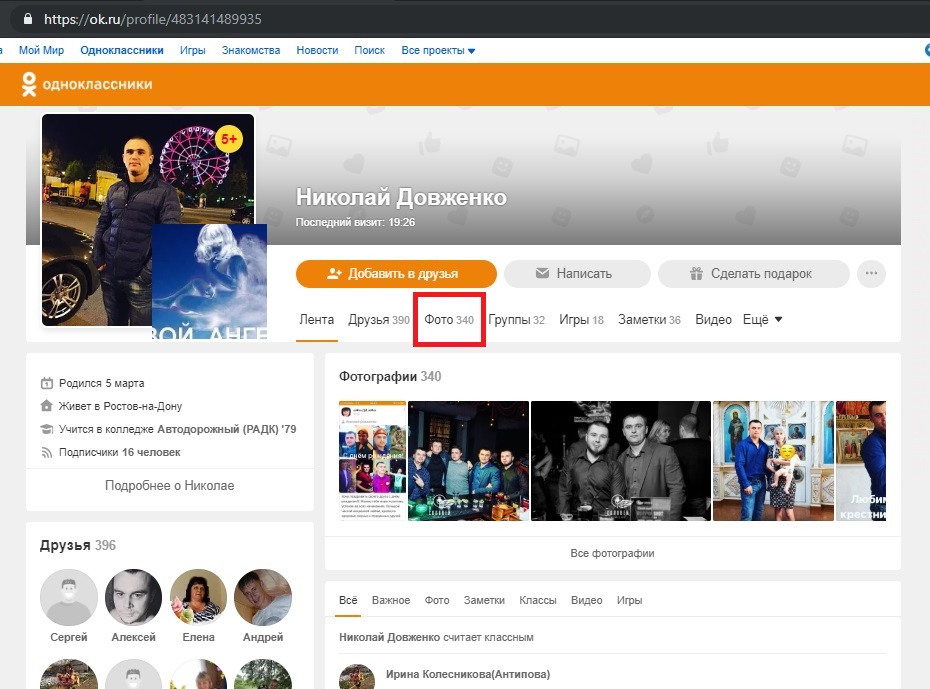 OK profile after stripping: there are 305 photos in the photo album. 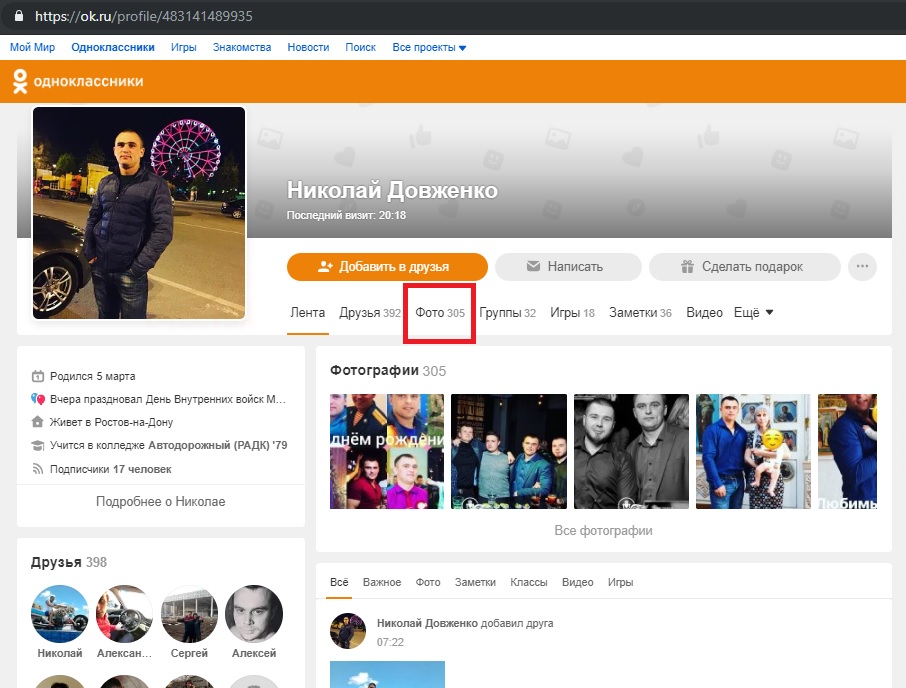 This publication was prepared specially for InformNapalm. Translated by Julia Ponomarenko, edited by Artem Velichko.    An active link to the authors and our project is obligatory for any reprint or further public use of the material.
(Creative Commons – Attribution 4.0 International – CC BY 4.0 )
Repost and share with friends. Subscribe to the InformNapalm community pages on  Facebook and Twitter