Soldiers of Rocket Battalion of Chechnya-based 18th Brigade: from Crimea to Donbas 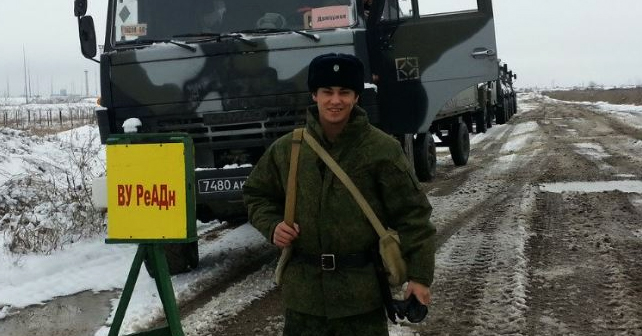 An OSINT investigation by InformNapalm has uncovered new evidence that the soldiers of the rocket battalion of the 18th Separate Motorized Rifle Brigade of the Russian Southern Military District participated in the hybrid war against Ukraine.

The brigade belongs to the Military Unit 27777 in Khankala and Kalinovskaya, and in 2017 was reorganized into the 71st Motorized Regiment of the restored 42nd Division. We have found two previously unidentified Russian soldiers and found information about combat medals that they received for fulfilling special assignments, including participation in the Crimean occupation and the fighting in the Donbas.

The starting point for the investigation was the photo of a group of artillerymen found in the social profile of Artur Basyrov. 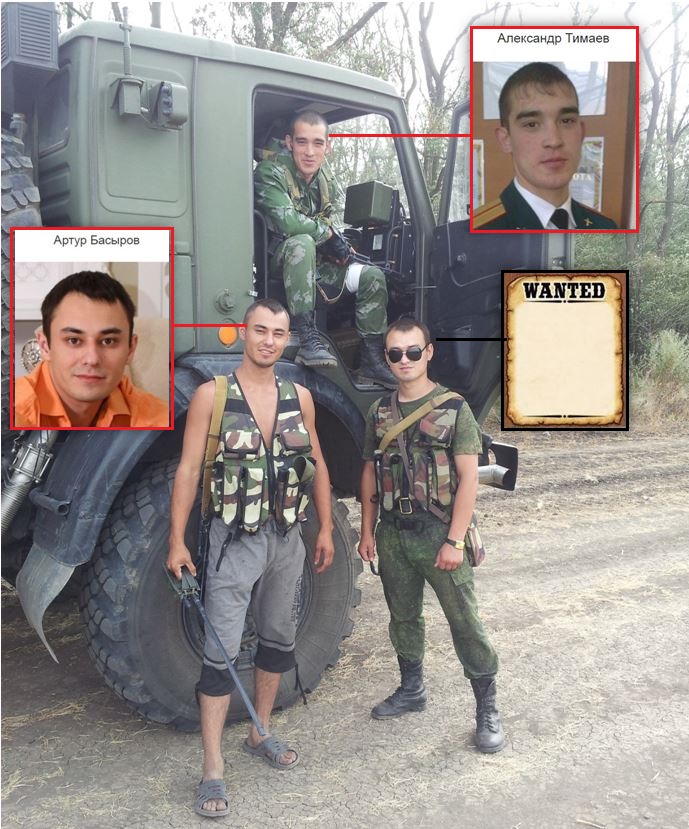 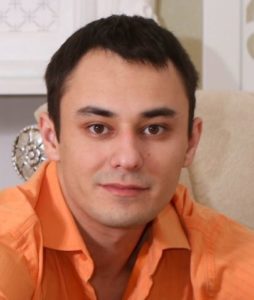 Artur Basyrov was born December 5, 1991, in Nizhnekamsk, Tatarstan. He is a graduate of Tatarstan Cadet Corps of Nizhnekamsk School No. 11. He served his compulsory military service in 2010-2011. Since 2012, he served under contract in a reconnaissance unit of the 18th Brigade. In January 2014, he was a soldier in the command platoon of the rocket battalion of the same brigade. In April 2014 he was awarded a medal “For the Return of Crimea” by the Ministry of Defense. 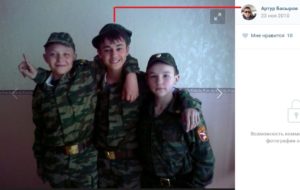 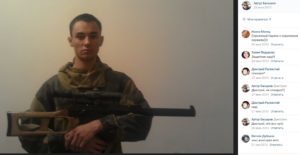 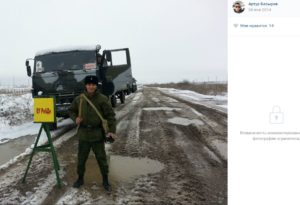 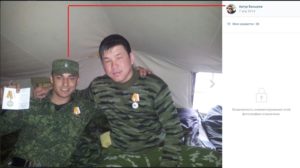 A photo in Basyrov’s photo album, taken in December 2014, drew our interest. It was taken during his combat mission. In the photo, three Russian soldiers can be seen in front of the cab of a 2B26 vehicle (BM-21 MRLS on a KamAZ-5350 chassis). A white identification band can be seen on the left leg of the soldier sitting in the cab (his identity is discussed below). These bands were typically used by Russian soldiers and militants in 2014. 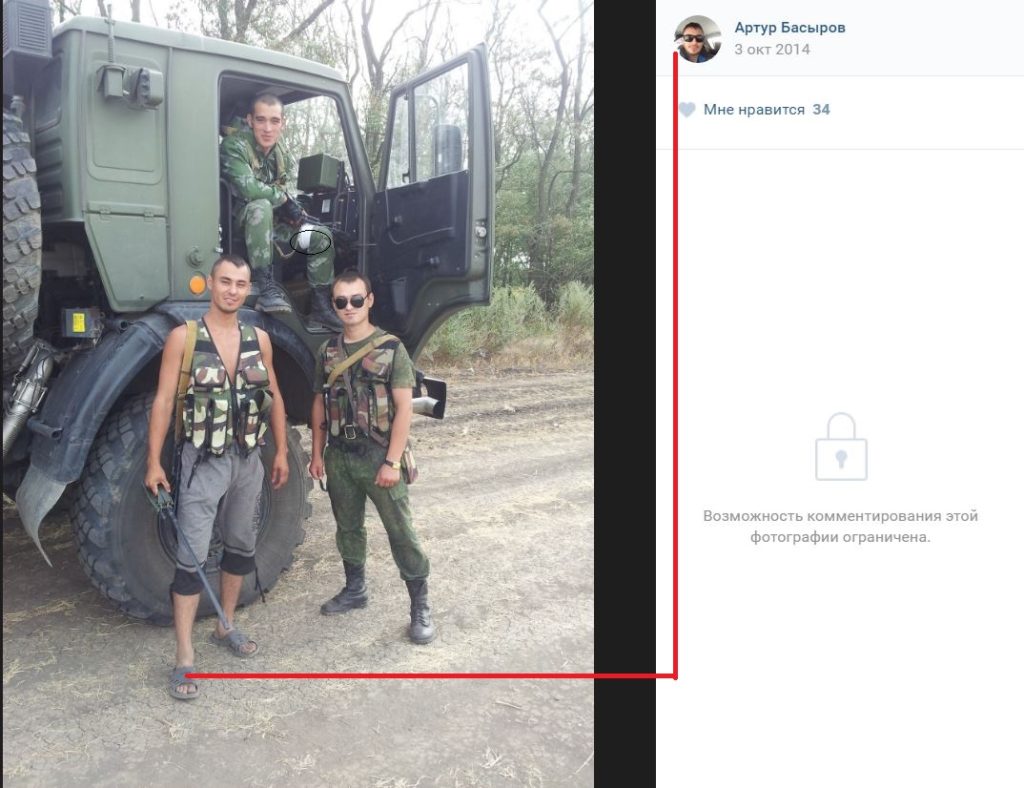 Thanks to this photo, we could also identify the serviceman in the cab. It turned out he was an officer from the same unit. 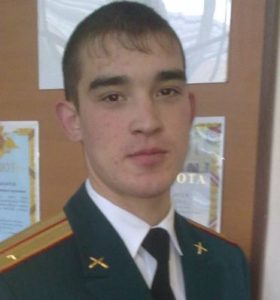 Alexander Timayev was born September 10, 1989 in Kaltasy, Bashkortostan. In 2011, he graduated from Ekaterinburg Higher Artillery Command School. In 2012, he completed a one year course at the Mikhailovskaya Military Artillery Academy in St. Petersburg. Between 2012 and 2014 he was a lieutenant, commanding the 2nd firing platoon of the 2nd Rocket Battery in the Rocket Battalion of military unit 27777. As of May 9, 2015, he was a senior lieutenant. Besides the commemorative medal “For Participation in Military Parade”, he was also awarded a medal “For the Return of Crimea” and a Medal of Suvorov. These medals were awarded to participants of the Crimean occupation and the fighting in the Donbas in the summer and fall of 2014. Currently he serves in the same battalion, presumably in the command unit. 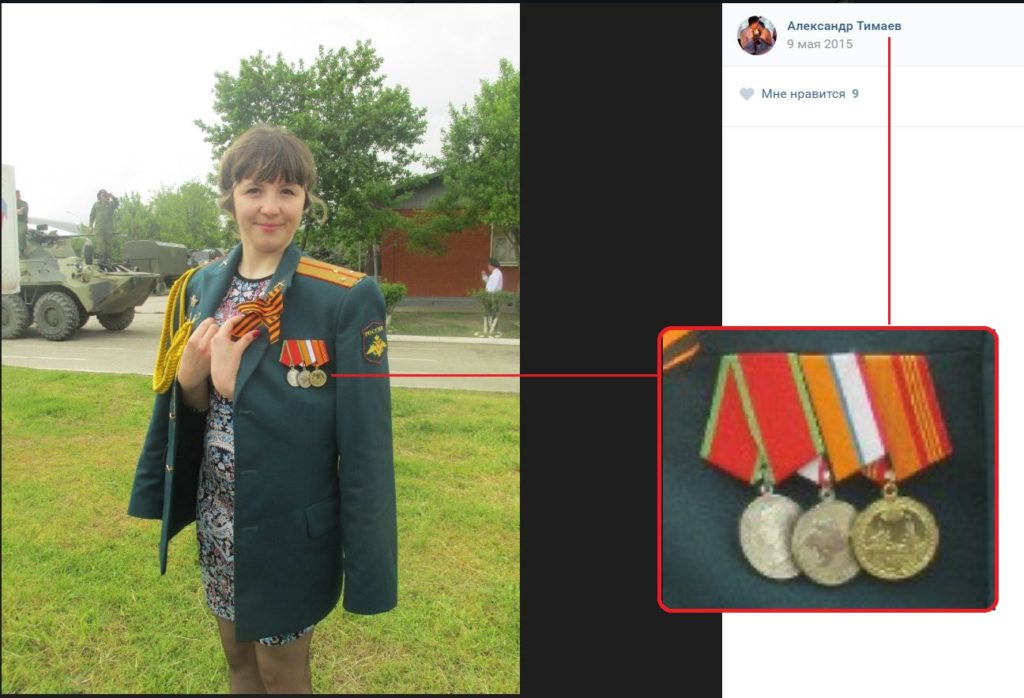 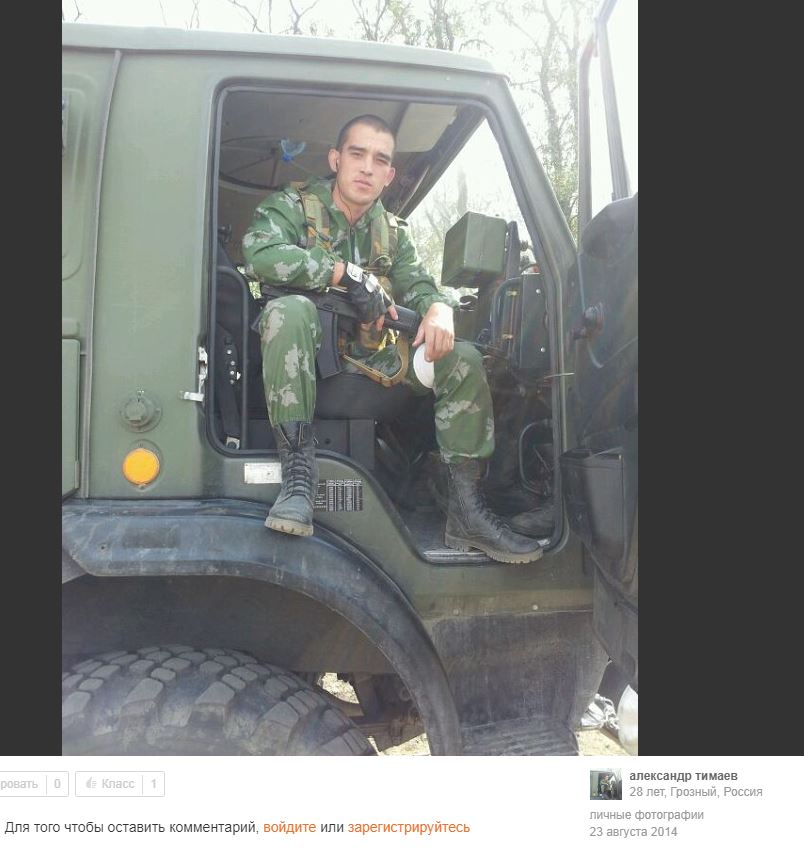 The active profile of Timayev was thoroughly cleaned less than a day after the publication of the original article (archives of the page before and after the cleanup), likely by the demand of Russian security services. His album no longer contains any photos. But this is not a problem: if Timayev confesses and provides information on other war criminals in Crimea and the Donbas, InformNapalm will graciously offer him copies of all the photos he lost.

This is not the first time we see evidence of the 18th Brigade’s rocket battalion’s presence in the Donbas. In February 2016, InformNapalm published evidence that Captain Ruslan Chafizov and other officers of this battalion – Ruslan Satdinov, Maxim Dubinin, and Anton Gareyev – fought in the war in Ukraine. 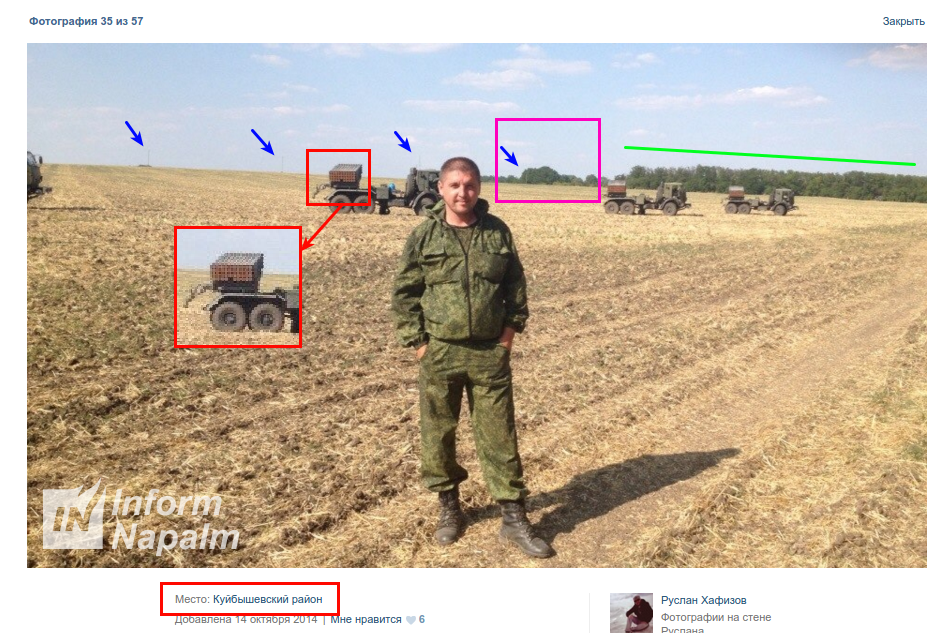 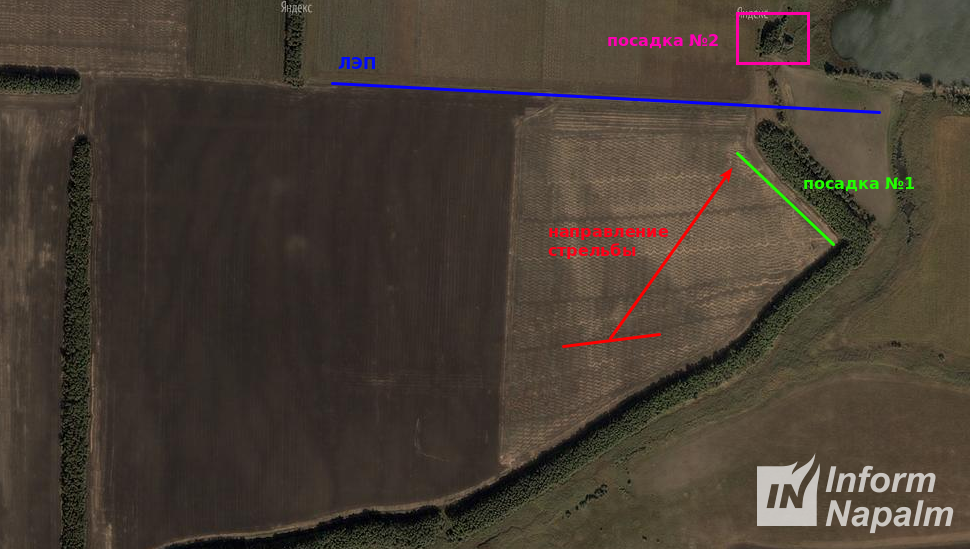 See also: Participation of the Russian MLRS from the 18th Brigade in Lunging of Ukraine: Photo Facts and Geolocation.

This publication was prepared by Irakli Komakhidze specially for InformNapalm. We are sincerely grateful to the blogger Askai for geolocation of the images and identification of the author of the video.

2 Responses to “Soldiers of Rocket Battalion of Chechnya-based 18th Brigade: from Crimea to Donbas”