An artillery unit armed with 2A36 Giatsint-B towed 152 mm long-range guns was detected in the vicinity of Matveev Kurgan, Rostov Oblast of Russia.

At first sight, it is impossible to identify the artillery that could belong to any unit of the Russian armed forces. The photos were taken by an unidentified person. License plates or serial numbers of the vehicles are not visible. Though, the trucks in the photos have helped to identify their origin.

Notably, the Giatsint-B gun and this type of tow truck are rather rare in the Russian army.

According to open sources, in the Western Military District, Giatsint-B guns are stored at the 591st ammunition depot in the village of Ivanteevo, Novgorod Oblast.

The BAZ-6306 vehicle is a ballast tow truck with an 8 by 8 wheel arrangement called Voschina-1. It was adopted for service by the Russian army in 2004 to replace older KrAZ trucks. Later, preference was given to a new model of Kamaz 63501 trucks, so, manufactured in a small number, BAZ-6306’s were sent to storage, presumably, to the 591st ammunition depot in Ivanteevo.

Open demonstrations of the BAZ-6306 truck and Giatsint-B gun in tandem has only happened  twice: on May 9, 2014, in Kaliningrad (the 244th artillery brigade) and on May 9, 2005, in Irkutsk (the unit was not identified). Also, a similar combination was seen at the test site in Mulino, Nizhny Novgorod Oblast (home base of the 288th artillery brigade) in 2005. 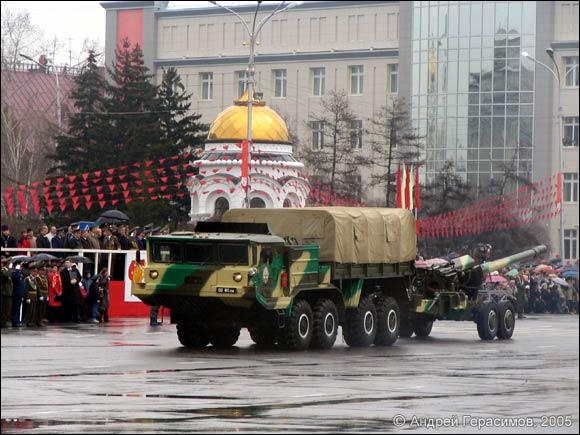 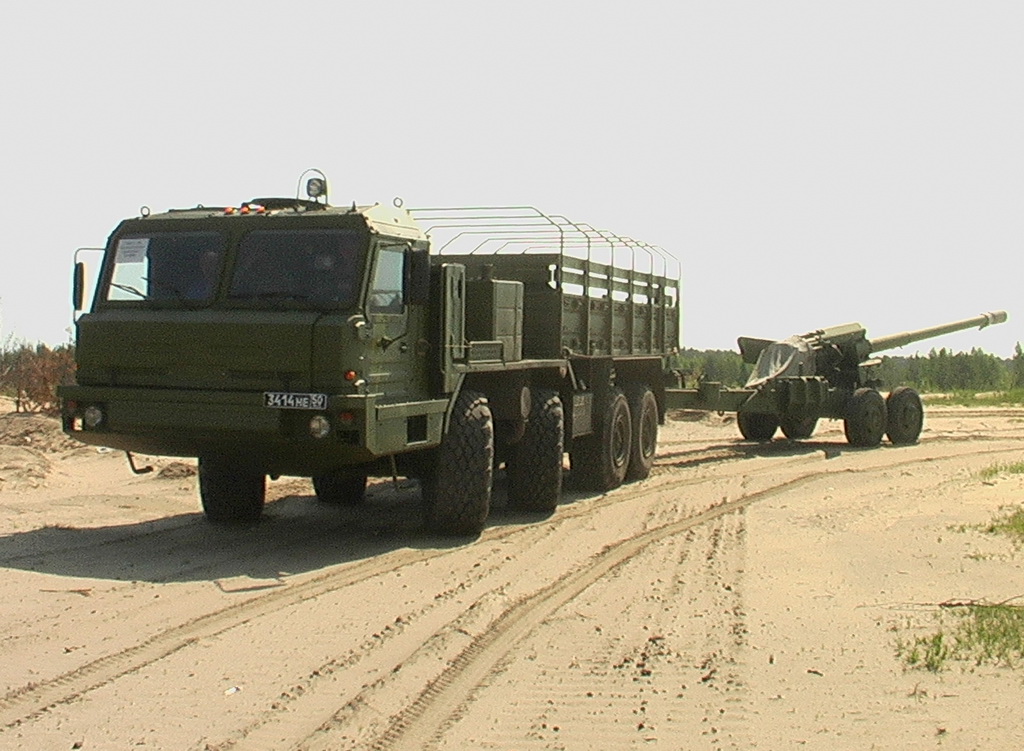 It is very unlikely that the transfer of such weapons from Kaliningrad to southern Russia would have gone unnoticed.  Probably, the “sweet couples” consisting of the BAZ-6303 trucks and Giatsint-B guns were transferred from the warehouses in Novgorod Oblast.