What are the tasks of the Caspian naval infantry on the border between Syria and Turkey? 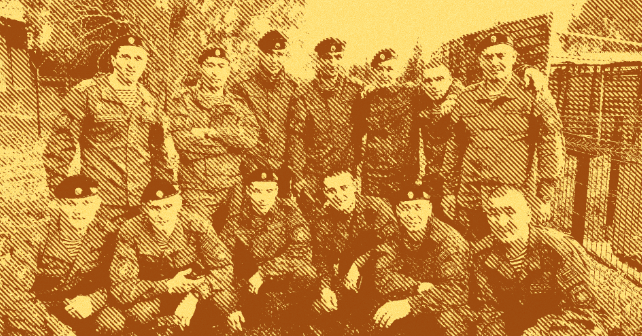 The volunteers of InformNapalm international intelligence community continue to observe the events in Syria. Recently, we identified servicemen of the 727th Separate Naval Infantry Battalion of the Caspian Fleet (military unit 20264, Astrakhan), who in the spring of this year were serving in the north of Syria, 2-3 kilometers from the border with Turkey. Among them are: Artur Artur (his last name has not yet been identified) (account, photo album), Alexander Koma (account, photo album), and Murat Zulharbikov (account, photo album). All three are friends on the social media website VKontakte (VK), live in Astrakhan, and serve in the Naval Infantry. 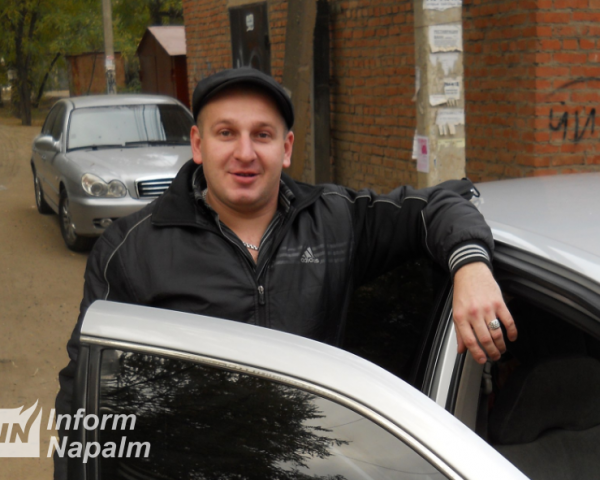 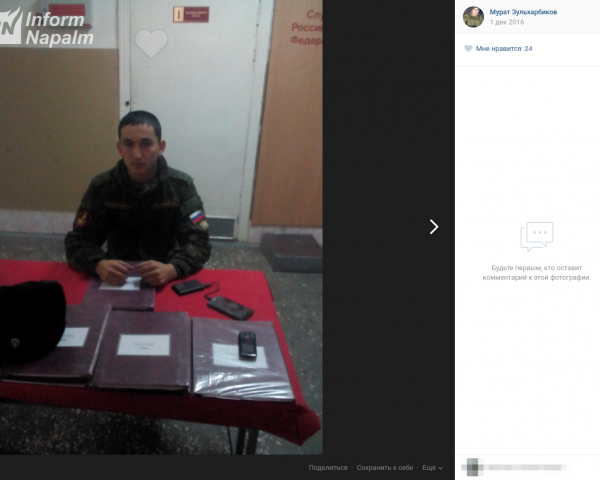 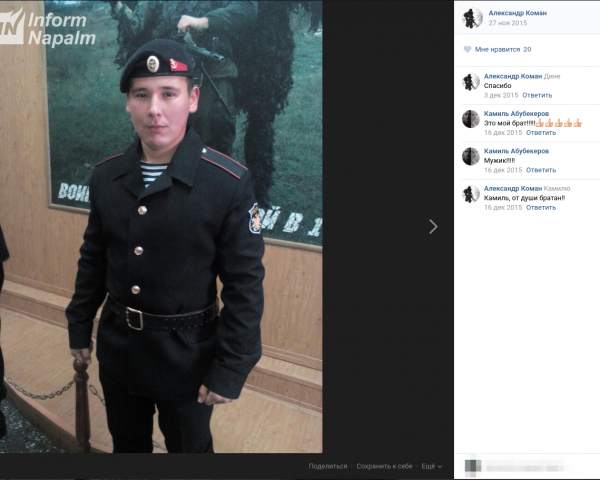 The most informative from the point of view of OSINT-intelligence was Artur’s photo album. One of the photos shows the date of the picture, the location, and also the geotag, with which we managed to determine the locations where the photos were taken (in the picture below they are marked with green ellipses). On February 27, 2017, Artur served in the village of Kesab in Latakia province. 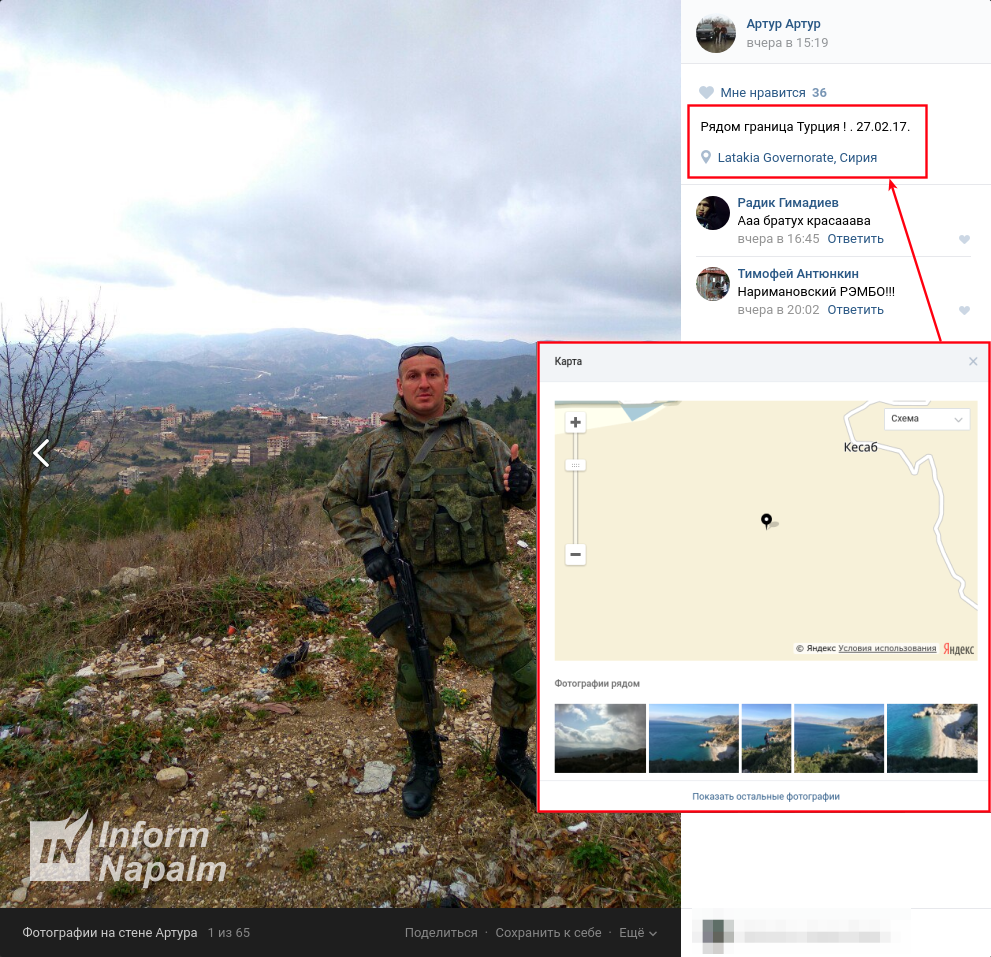 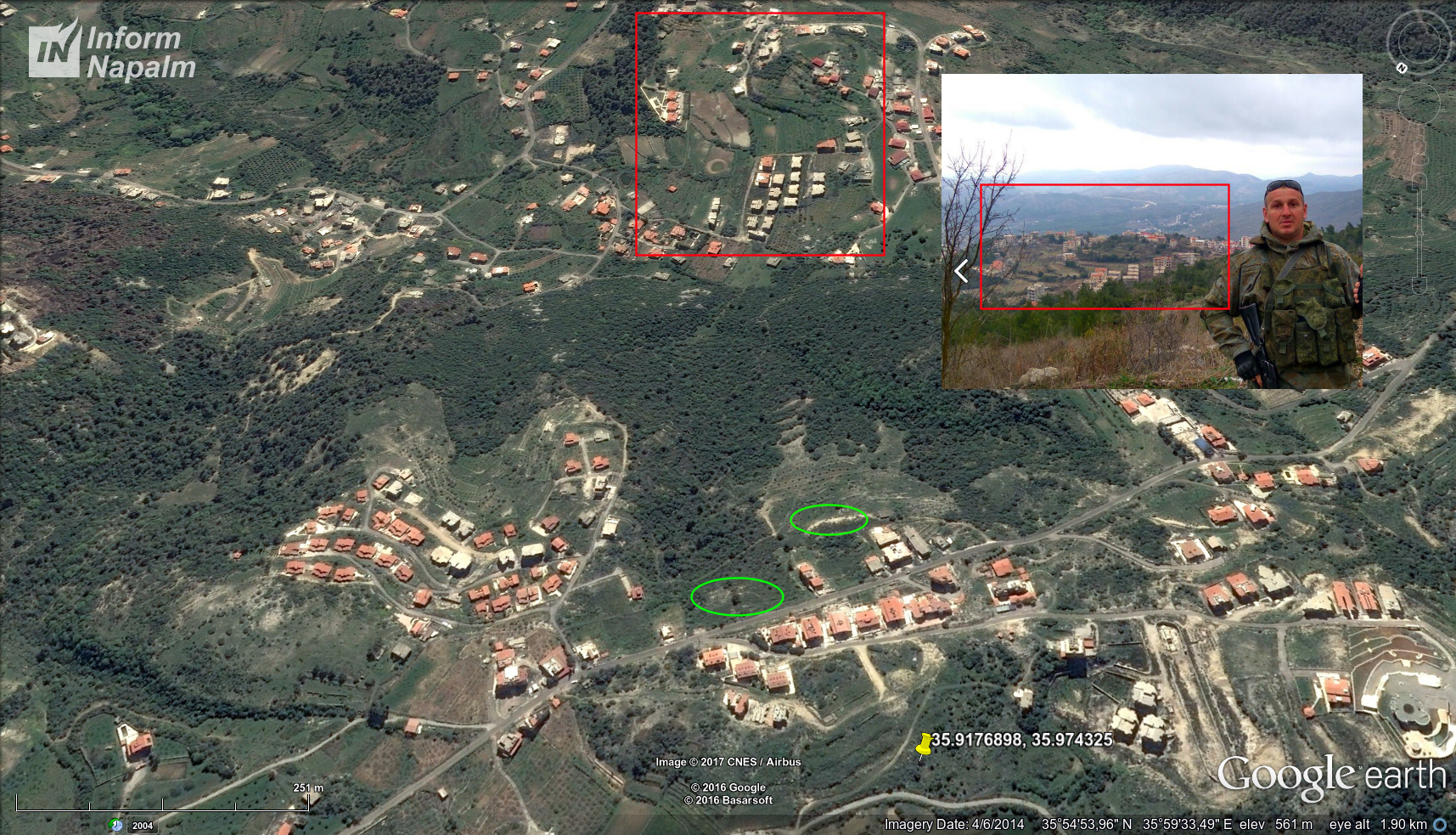 The second photo from the photo album indicates that the servicemen returned home in the 20th of May. The troops were transported by the Tu-154 aircraft of the Russian Ministry of Defense. Together with the Naval infantrymen, at least two Su-34 bombers of the Russian Force returned home to Russia. 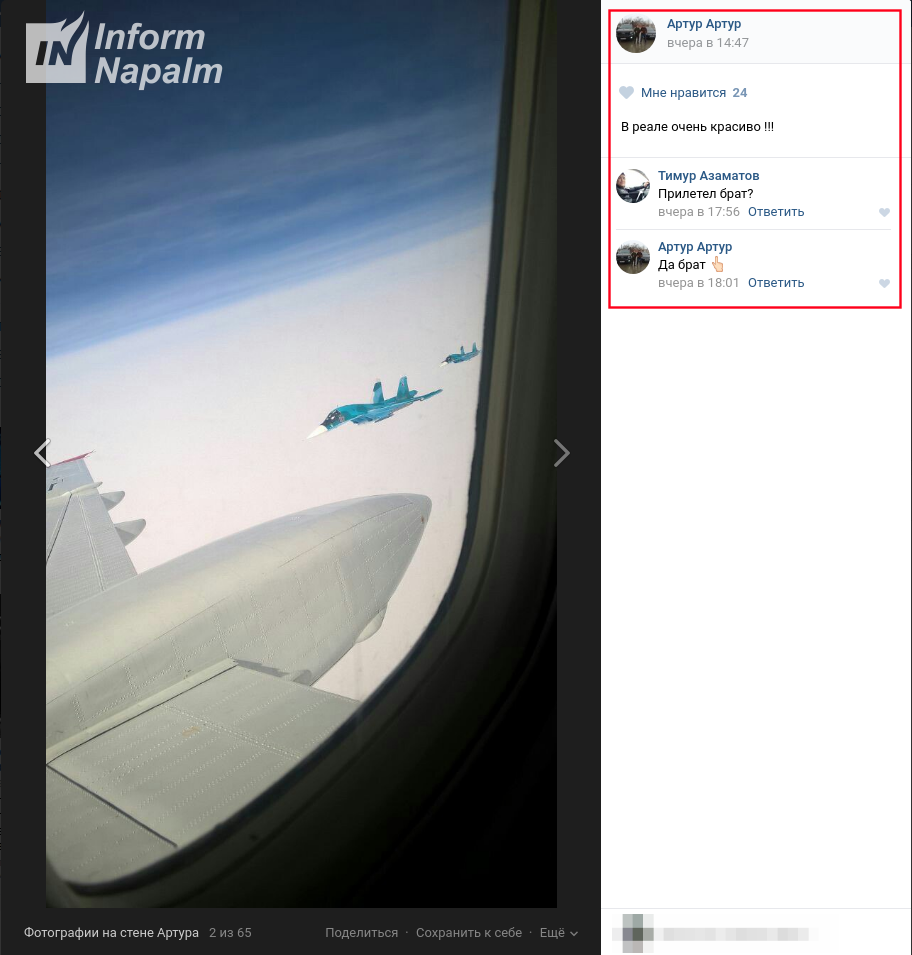 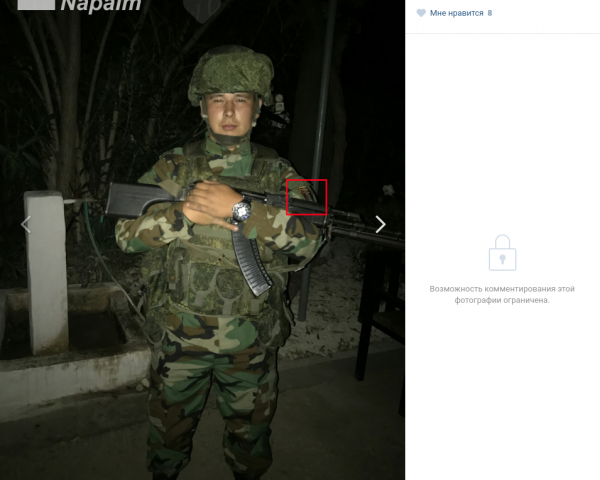 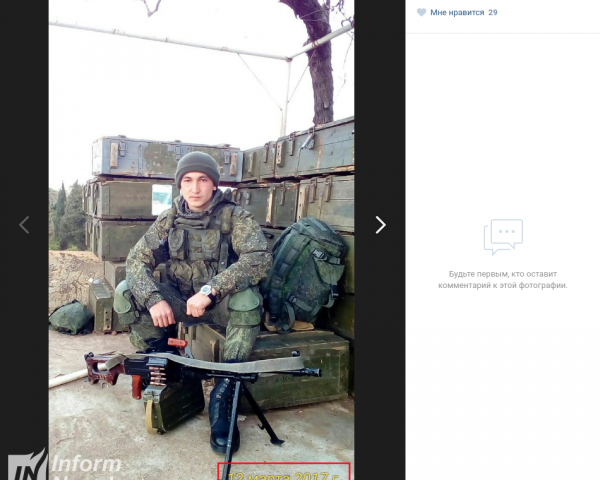 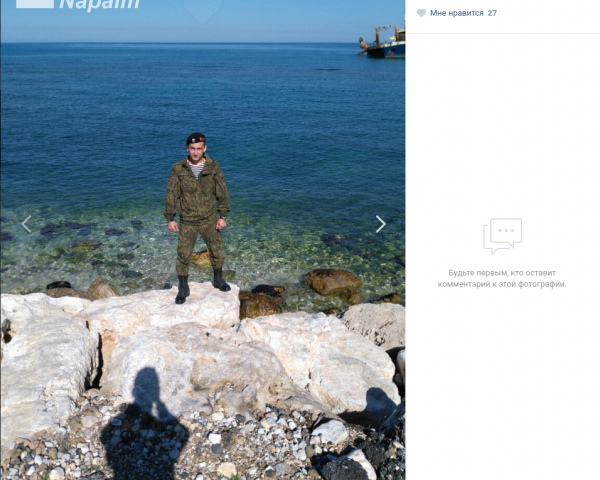 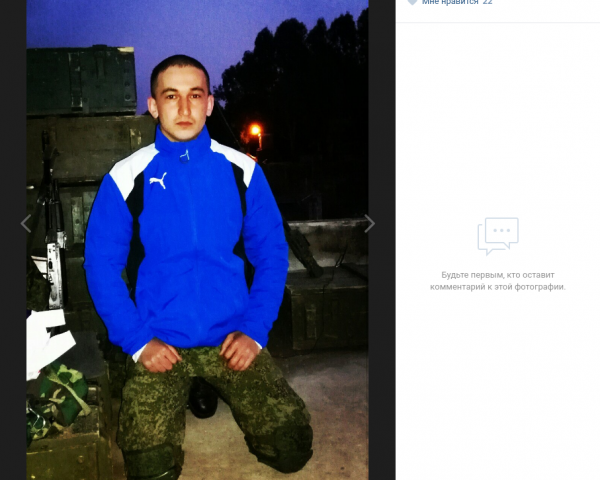 A reasonable question arises: what are the tasks of the Caspian Naval Infantry on the border between Syria and Turkey? After all, according to the Russian Defense Ministry, Russian ground forces in Syria are serving to protect the Navy base in the port of Tartus (115 km to the place where Artur posed) and the Khmeimim air base (58 km away). Did they get lost, like the Russian paratroopers in the summer of 2014 in the Donbas? Or are they conducting a military operation against ISIS militants? Although, the nearest territories under the ISIS control are at least 140 km away. Nevertheless, we leave for our readers to answer this question.

By Mikhail Kuznetsov  and Victory Krm exclusively for InformNapalm.org.

No Responses to “What are the tasks of the Caspian naval infantry on the border between Syria and Turkey?”