The routes of Russian troops: rotations between Donbas and Syria 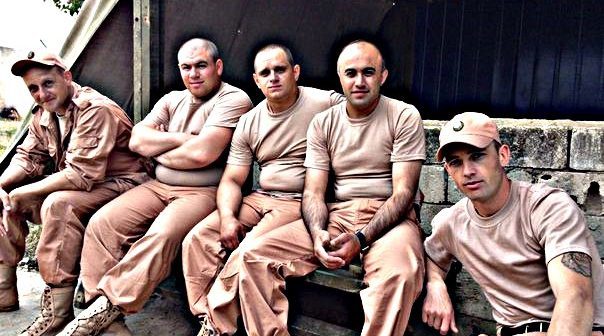 The report of the Chief Intelligence Directorate of Ukraine from February 11, 2017, describes increased recruitment activity in Russia for military service in the occupation troops in the Donbas.

The report states that the preference in the recruitment process is given to the persons with combat experience, including operations in Syria. 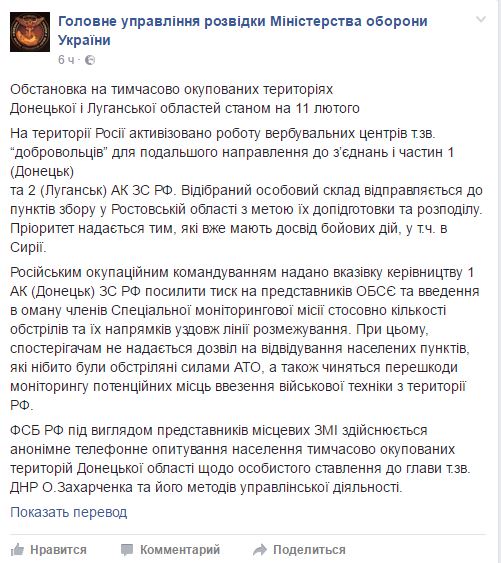 InformNapalm reported previously on 16 different Russian military units that had deployed their servicemen on missions in both Ukrainian Donbas and Syria.

At this time, servicemen of the following units are known to have participated in deployments to both areas of conflict:

In this investigation, we continue to report on the origins of Russian troops involved in international conflicts.

In early 2016, while researching Russian presence in Syria, volunteers of InformNapalm took notice of Stanislav Mamoshin (DOB: January 17, 1986), a serviceman from the Russian city of Krasnodar.

The following photographs were uploaded in May 2016 and later deleted. 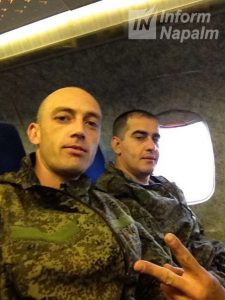 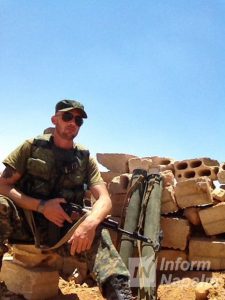 Some photographs demonstrate the lifestyle as dictated by the Russian military code of conduct, with alcohol and appetizers, at the Hmeimim Military Base. 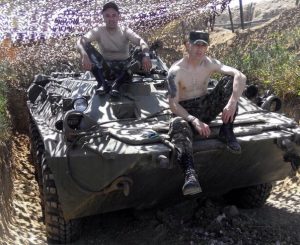 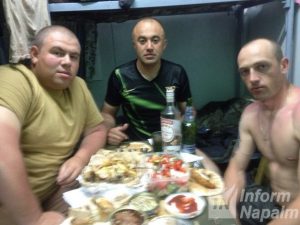 A different social media account, also belonging to Mamoshin, offered information about his service in Maikop in 2004-2014, at the 573rd Separate Artillery Division, military unit 55030. 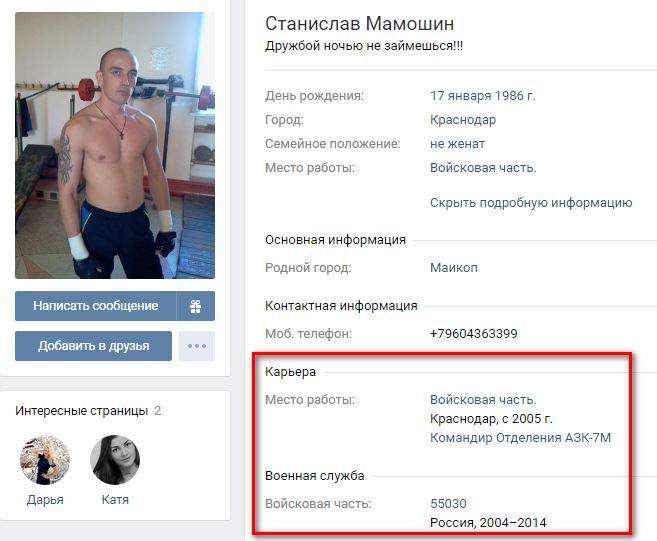 In January 2017, Mamoshin uploaded photos captioned “Abkhazia 2014” that suggest his military service at the 7th Russian occupation Military Base. 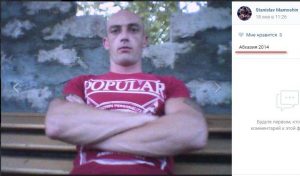 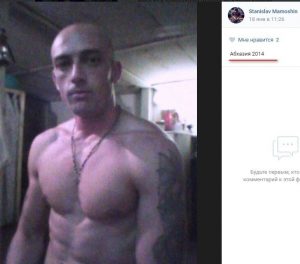 In previous publications, we offered descriptions of adventures and criminal activities of Russian servicemen in Abkhazia, which included the story of Sergey Phinogin, an intelligence officer.

As a true collector of military photos, Mamoshin also posted his picture in the Donbas. 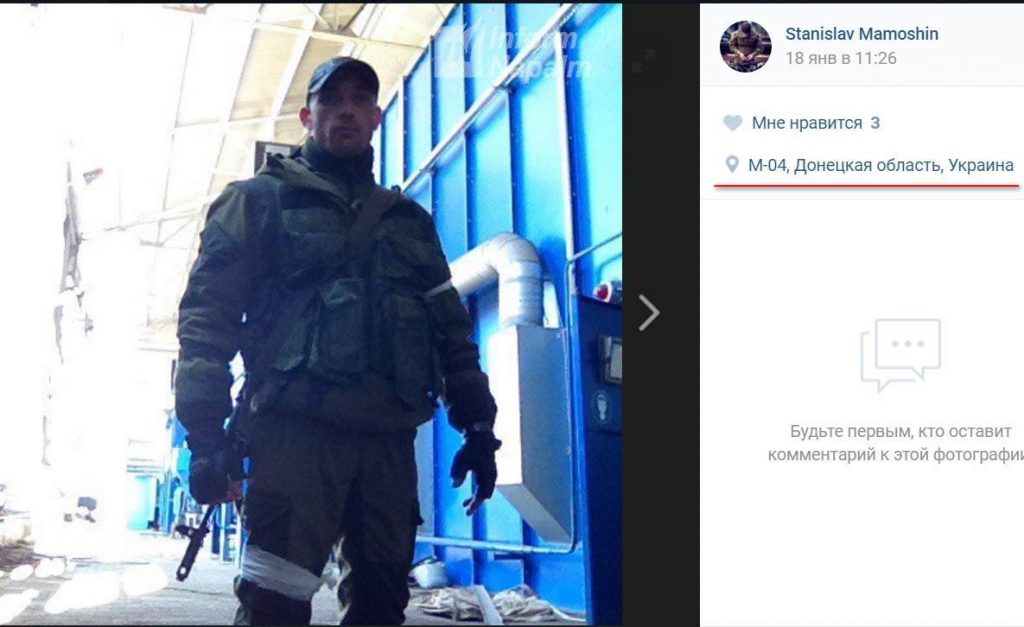 Geolocation of the photo identifies the Donetsk Severnyi railway depot. This is also indirectly confirmed by the object in the background, a paint-and-dry chamber for railway cars.

Although the photo upload date is January 2017, this does not prove that the soldier arrived in the Donbas from Syria. It is possible that the photo was taken earlier, in 2015, when it was typical for the Russian occupation troops to wear white arm bands as a form of identification.

Despite the Chief Intelligence Office suggestion that Russian troops with Syrian combat experience are deployed to the Donbas, their presence has not been verified yet. However, deployments in the opposite direction – to Syria after participating in combat in the Donbas – have been previously identified. Possibly over the next several months information will emerge confirming the deployment of arrivals from Syria, as we continue to monitor social media activity of Russian servicemen.

No Responses to “The routes of Russian troops: rotations between Donbas and Syria”