Transcript of a Skype Call with a Russian Officer Deployed to Ukraine: What is Their Motivation? 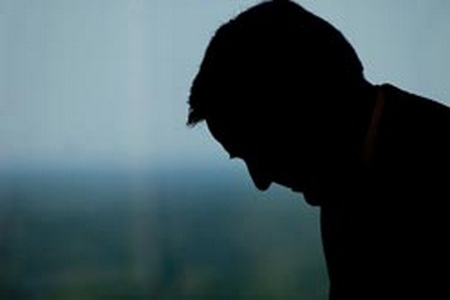 One of our InformNapalm analysts Artem Vasylenko managed to establish contact with an officer of the Russian Army while Artem was identifying and reporting on Russian military participation in the war in eastern Ukraine. This officer agreed to have a brief Skype conversation with Artem.

Artem gave a word of honor to his opponent that we won’t upload video or audio of this conversation. Our agreement allowed this transcript to be made.

We met online while I was monitoring the VK account of one of Russian servicemen who was captured in Ukraine. That case was high profile. I managed to establish dialog with several Russian servicemen and ask them for their opinion on events in Donbas. He is the Commander of one of the Russian military units fighting in Ukraine since August. He agreed to give an interview after more than a dozen iron boxes with the bodies of his soldiers arrived at his headquarters. I will call him Dmitry because he asked me not to disclose his real identity.

— Good evening Artem. I agreed for a Skype call because it is interesting to understand emotions of a man, fighting on the opposite side, and because I consider you to be an analytic-minded man who will not distort my words and will present a true picture.

— Dmitry, what takes you to Ukraine and makes you fight here?

— Until 2010 the Russian army was disintegrating like your army: miserable salary, lack of housing, etc. Later the situation got better: the salary was raised, living conditions improved. It became an honor to serve in Russian army again. That is why when your Maidan happened and my unit was deployed to Crimea, we did not really resist this decision. We got Crimea relatively easy. If right after acquisition of Crimea Russian politics and military leaders decided to acquire South-East of Ukraine, everything would have happened in the same manner, but they wasted the moment.

— What is your personal opinion on the events happening right now?

— Well, while it was a surprise for me to hear that you have Russian origins, it might also be a surprise to you that my mother is Ukrainian. There are many ethic Ukrainians in my unit. It is tragedy for us to fight against you, but we are army and we have to obey the orders.

— Yes, I did. But let’s discuss the future events next time.

— I don’t want to discuss it right now.

— Ok. So you want to discuss the events which led to this conversation between us.

— We did not expect such casualties among our servicemen. First casualties appeared right after our deployment on August 24. Ukrainian army used 9K79 Tochka (SS-21). To be exact they used three SS-21s. They completely destroyed our convoy. Thankfully, these were not units I am commander of. Then, in Snizhne, you got my guys. Dmitry lowers his gaze.

— Around 40. Artem, you cannot imagine how difficult it was to hide it. I saw faces of their relatives, when I was trying to tell them story about an accident during military exercise. They did not believe. They might have lynched me.

— You won’t understand it. You are journalist, not a soldier.

— My guys died again during fighting in Antratsyt.

— But there are no Ukrainian forces there.

— Well, you wrote about Makiivka. About the convoy which destroyed five DNR checkpoints. It is true. We don’t believe the militants any more. A month ago one of my units was shelled by Ukrainian artillery. Then we discovered that a DNR militant was directing enemy fire. When we interrogated him, he told that locals are not happy with our presence. They expected Russian help, not humanitarian disaster. They really have nothing to eat. And now you, guys, blocked the payments.

— We want Russian government to pay.

— And demonstrate their involvement? Our government won’t do this. As a result: hunger rebellions started in crisis regions. Yet this is not the worst news. Militants started making business on exchange of Russian soldiers. Our people started to disappear. Also, we got one militant directing Ukrainian artillery. We discovered several facts when militants coordinated their actions with Ukrainian Army against Russian army and Kozitsyn kazaky…

— How is this related to recent casualties?

— We got an order to cut down militants and kazaky. We worked well in Antratsyt (editor’s note: a detailed story on Antratsyt shootings is available on our site: https://informnapalm.org/en/fighting-breaks-separatist-groups-russian-special-forces-antratsyt). Then… Then they brought down trench mortar fire on us. In fact militants got out of control. Now we are fighting on two fronts: against Ukrainian Army in the front and against militants in our rear.

— Why you fighting then?

— Grave crisis is slowly but steadfastly coming to Russia. Putin won’t stop. I don’t want to loose my job. If things continue as they are the Russian army will be the only place to get a decent salary.

— So money is the main reason?

Then the connection broke. All the following attempts to get Dmitry on Skype were unsuccessful. I hope everything is okay and I will be able to figure out the truth: what is the real motivation of the Russian military fighting in Ukraine?

2 Responses to “Transcript of a Skype Call with a Russian Officer Deployed to Ukraine: What is Their Motivation?”