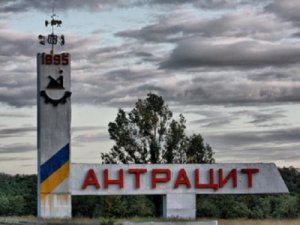 New details of armed clashes in city of Antratsyt appeared on Friday afternoon, November 28. The first reports of clashes in Antratsyt were reported by different mass media on Friday morning largely from Twitter accounts from city residents.

InformNapalm insiders report that the situation was intense since the early morning. At approximately 9AM the first clashes started with gunfire. Between 10am and 11am schools were closed and parents received phone calls to take their kids back home immediately. Locals say that LNR militants had come to get rid of `kazaky’. At the same time sources report shootings near the LNR garrison headquarters of the city. Four persons were reported to be killed, including the military governor of the city Vyacheslav Pinezhanin, who belongs to kazaky, and Pinezhanin’s deputy. Leader of the local police Pavel Shmargun is reported to be wounded. Also wounded is 15-year old girl.

Pinezhanin death has been reported by four different local sources.

At 11:00 artillery fire could be heard in the northwestern districts of the city, including Nizhniy Nagolchik and Bokovo-Platovo. Gunfire was also reported from Yesaulovka. The fire was reported to be intense and not in any way similar to a drill or exercise. Locals in Nizhniy Nagolchik say the gunfire is an internal conflict between LNR and `Kazaky’ militants.

Gunmen blocked the sidewalk near Anratsyt City Police Headquarters in the government quarters.  Sources said “Around 15 militants armed with automatic weapons stand near Rayon Administration Building. They are definitely not locals and not kazaky” According to insiders the militants were dressed in “carrot-colored camouflage” nobody else is wearing in Antratsyt. Sources suggest these people are Russian special-forces personnel. The city’s central square is filled with cars, but no armored vehicles were sighted so far.

Other sources report that ataman Kozytsyn was arrested or that he fled to Russia.

These facts suggest that recent skirmishes in Antratsyt are not a coincidence or result of internal struggles, but a planned and well-organized cleanup by Russian special-forces. This theory is supported by rumors, circulating in the city during last 10 days. Some militants warned that a special group of FSB operatives will arrive to “settle the situation then and there”.