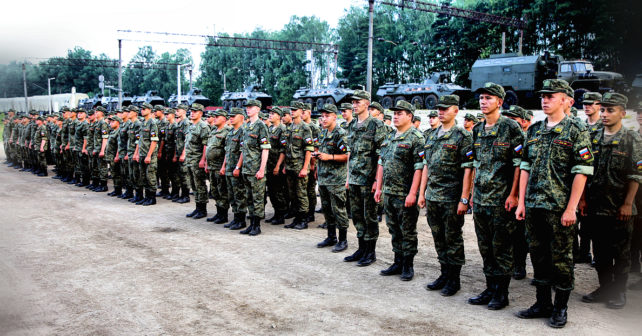 Units, weapons, and military equipment of the Western Military District of the Russian Armed Forces are arriving at the territory of Belarus. Officially, defense ministries of both Russia and Belarus claimed that the Russian military would take part in the parade in Minsk on July 3.

Activists of the “Together” (Razam in Belarusian) Solidarity Movement, who spotted a military train carrying Russian military equipment in Orsha in the evening of June 20, 2019, provided the first documentary evidence of the massive deployment of the Russian army units to Belarus. The aggressor state’s BTR-82A armored personnel carriers were photographed near Orsha Railway Station. 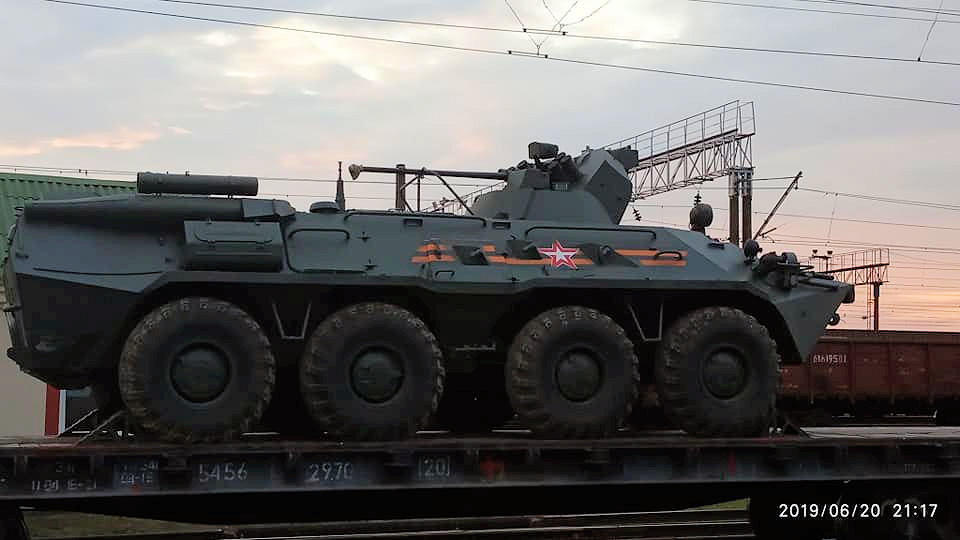 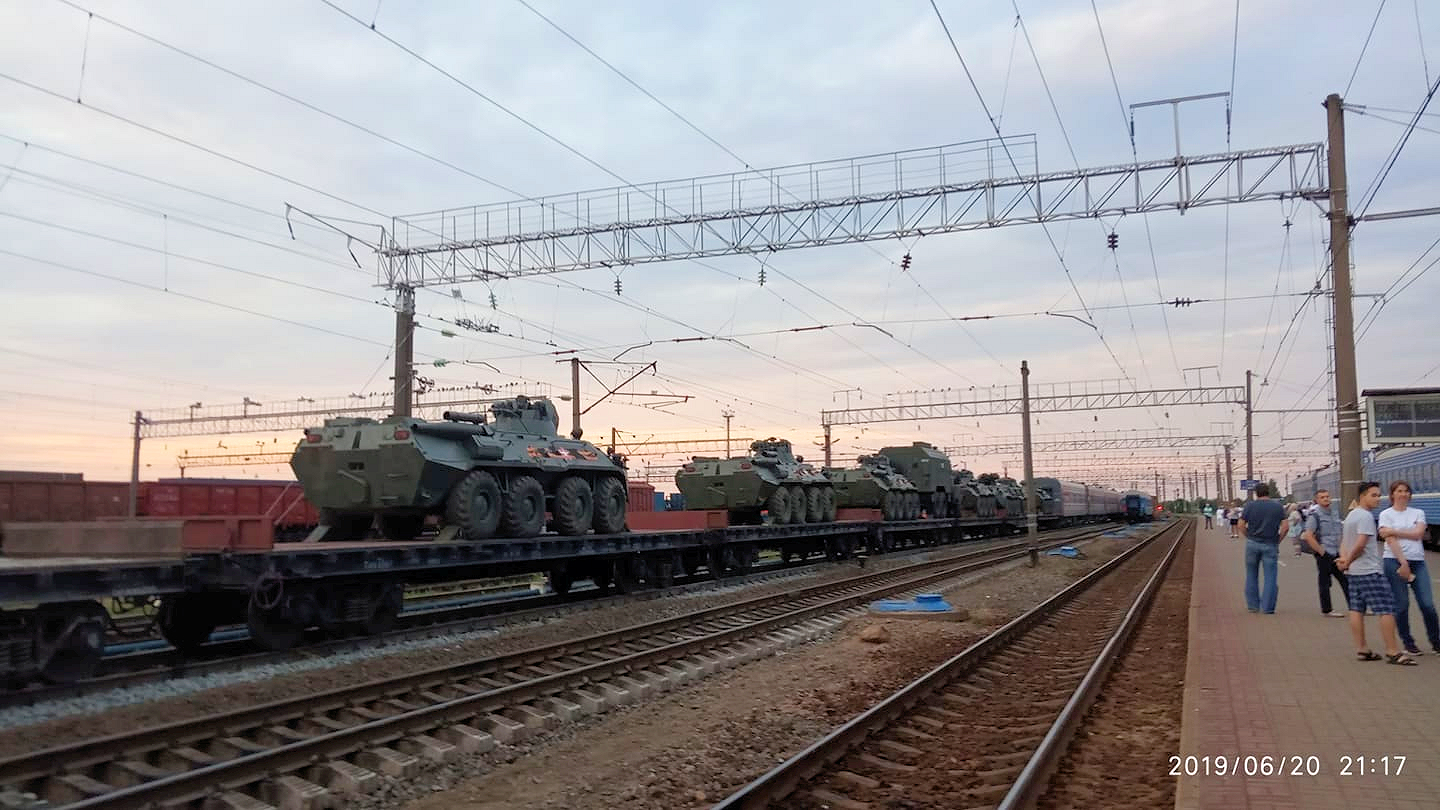 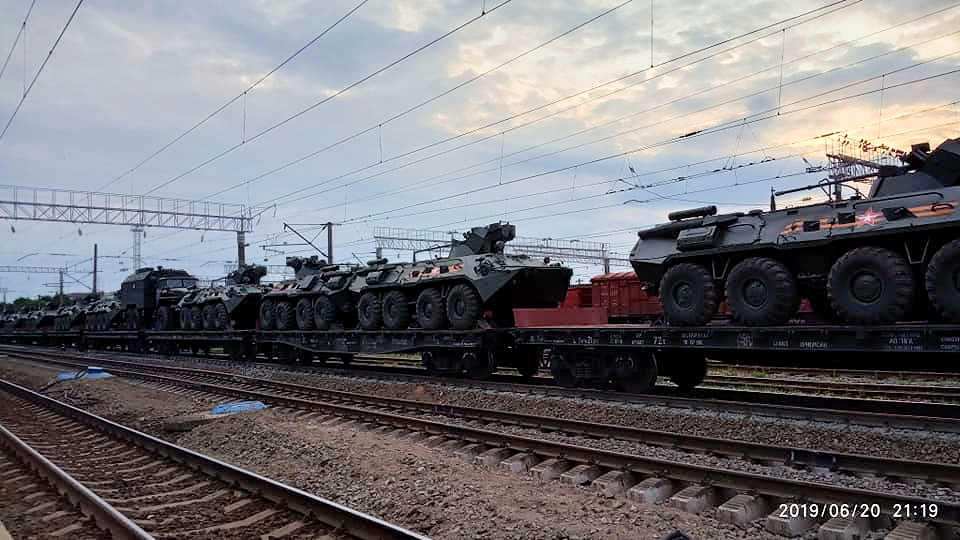 Notably, the Belarusian Ministry of Defense stated that the Russian military arrived at the country for the participation in the parade on June 21 in the obvious contradiction to facts presented above.

According to the announcement by the press department of the Western Military District of the Russian army and based on the available information about the organizational structure of the Russian Armed Forces, the servicemen from the 4th Kantemirovskaya Division (Unit No. 19612 based in Naro-Fominsk in Moscow Region) and the 27th Sevastopol Motorized Rifle Brigade (Unit No. 61899 based in Mosroentgen in Moscow Region) are transferred to Belarus for the participation in the military parade. These both units are a part of the re-established 1st Tank Army of the Russian Armed Forces. Obviously, the photographers spotted armed personnel carriers of the 27th Motorized Rifle Brigade. 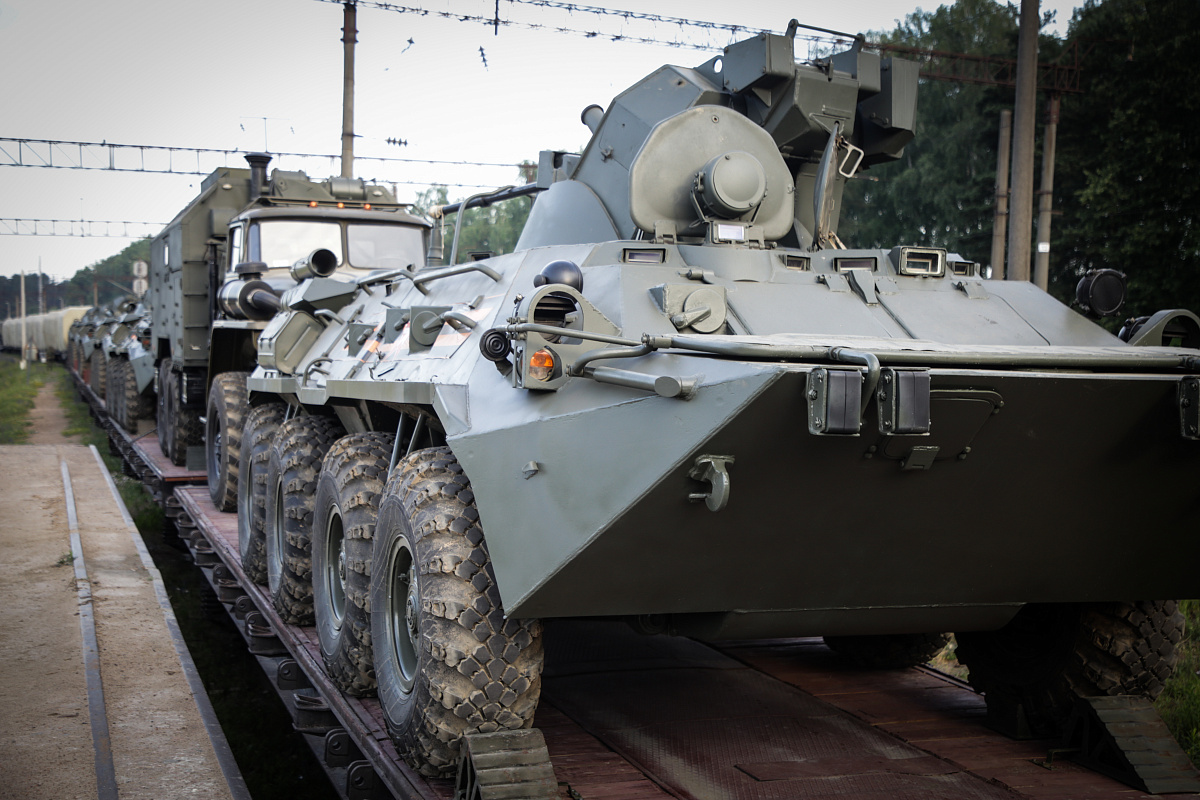 At least 300 Russian servicemen will be moved to take part in the parade as foot and motorized detachments. 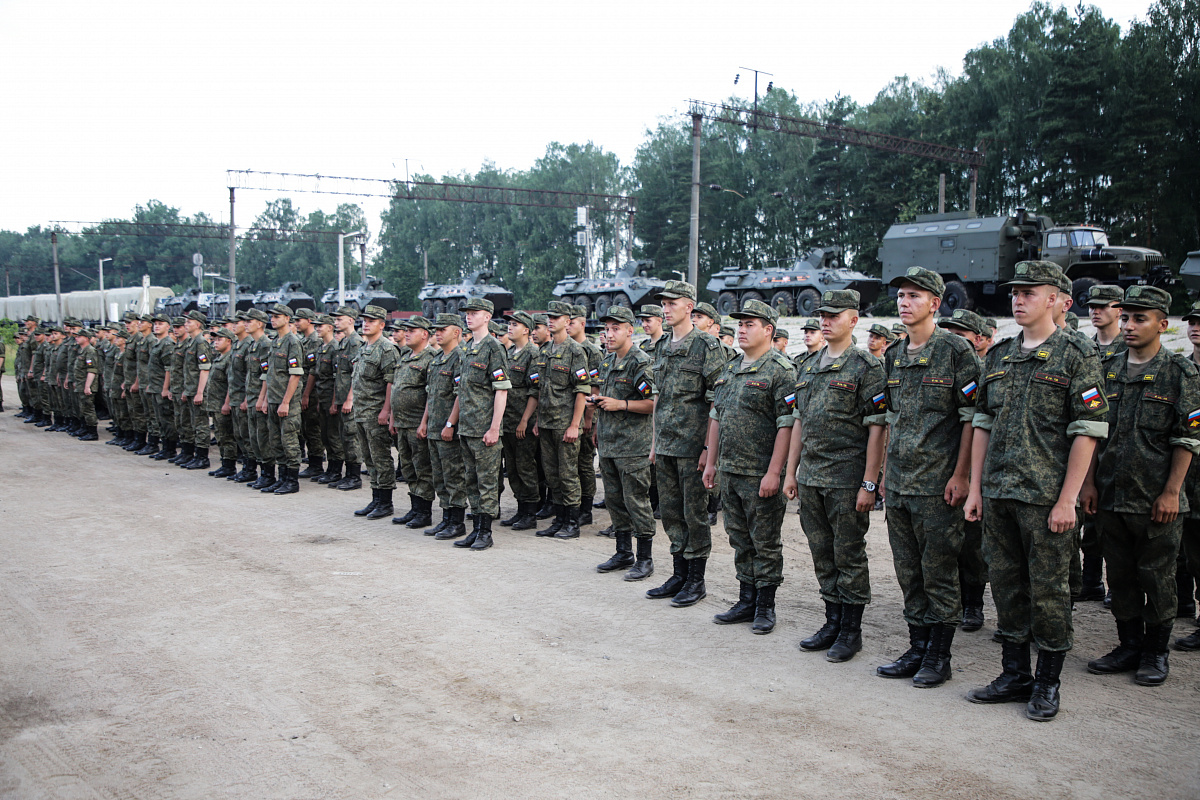 In addition, the aviation of Russia’s Aerospace Forces will be showing off in the skies above Minsk on July 3, 2019—they most probably will include Berkuts aerobatics team from the 344th Torzhok Pilots Combat Use and Re-training Center (with Ka-52 helicopters) and the 47th Mixed Air Regiment (with Su-34 fighter bombers). The aircraft of these units have already been spotted in Belarus during Zapad-2017 joint strategic military exercises. Flights of the Russian Mi-8 versatile helicopters and Su-30 fighters above Minsk are also planned as a part of the air component of the parade.

One more announcement made by the press department of the Western Military District of the Russian army is also worth mentioning. According to it, the military servicemen and equipment of the missile brigade of the 1st Tank army of the Western Military District were loaded on railroad platforms on June 18 and transported to Minsk to take part in the parade on July 3.

It actually describes the deployment of Iskander ground-support and tactical missile systems of the 112th Missile Brigade (Unit No. 03333 based in Yuzhnyi Gorodok of Shuya in Ivanovo Region of Russia) to Belarus. The unit base is 930 km away from Minsk as the crow flies and more than 1000 km away by rail. 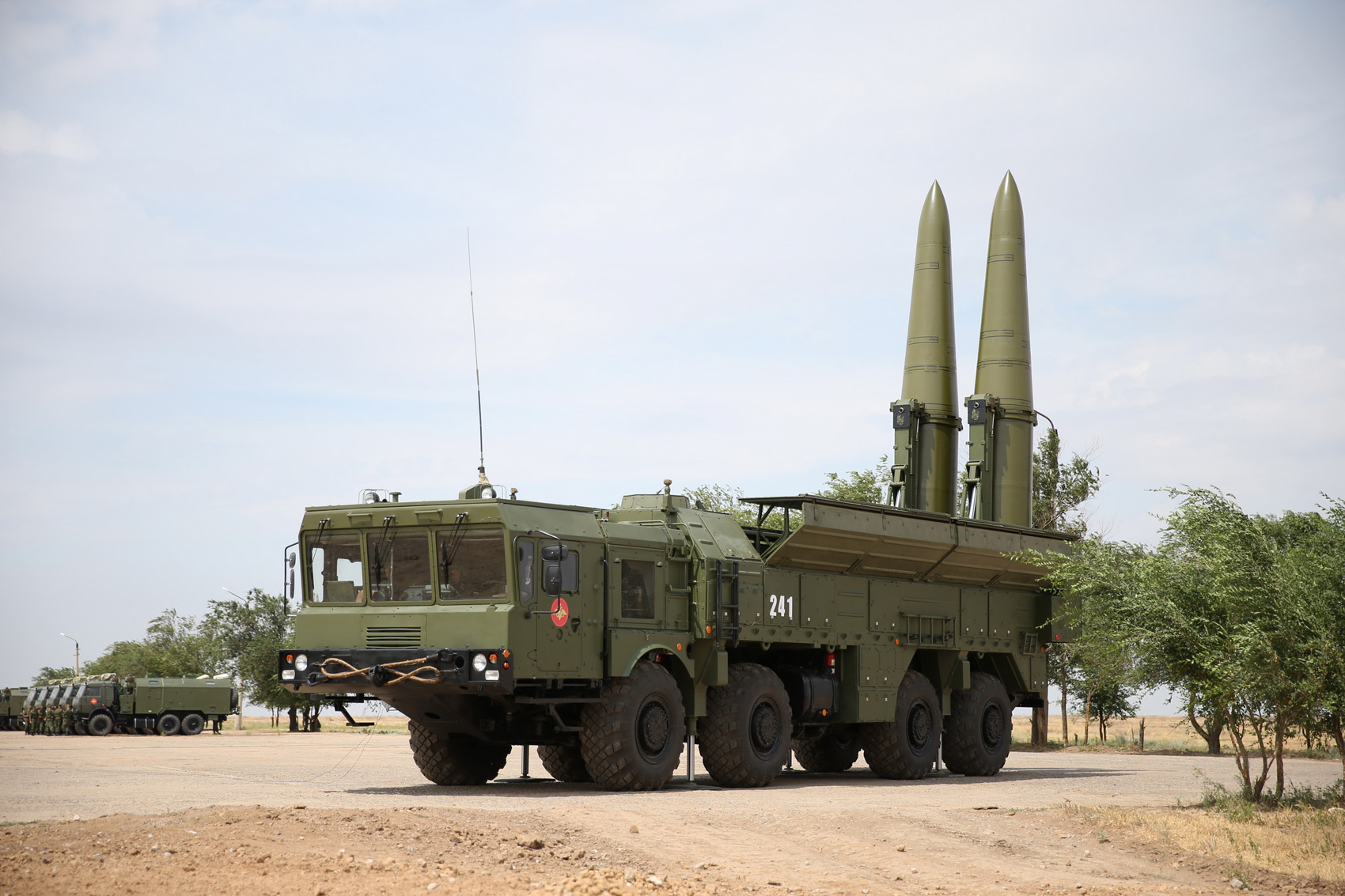 It is well within the realm of possibility that the Russian missilemen are honing their skills in the prompt deployment from their base to the specified launch area in Belarus under the guise of their participation in the parade. This may have an assault element. It bears mentioning that Russia treats the Belarusian territory solely as a buffer zone for the potential military operations against the NATO members (first of all, Poland, Lithuania, and Latvia) and Ukraine.

InformNapalm’s Belarusian Service is monitoring the sojourn of the unit from the Russian Federation, the aggressor state, within the territory of Belarus.

Please send any information, photos, and videos of the Russian army’s movement within the territory of Belarus to InformNapalm’s Belarusian Service page on Facebook: facebook.com/by.informnapalm.org.

No Responses to “Units, Military Equipment of the Russian Armed Forces Arrive at Belarus”