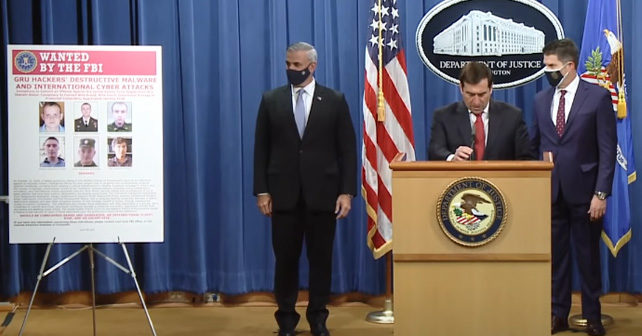 On October 15, 2020, the US Department of Justice filed formal charges against six Russian officers serving in the Main Center for Special Technologies (Unit 74455) of the Russian Main Intelligence Directorate (GRU), a military intelligence agency of the General Staff of the Russian Armed Forces, accusing them of committing global cyberattacks against the United States, Ukraine, France, Georgia, South Korea, the United Kingdom, and other countries, as well as the worldwide distribution of dangerous malware, which caused billions of dollars in losses. 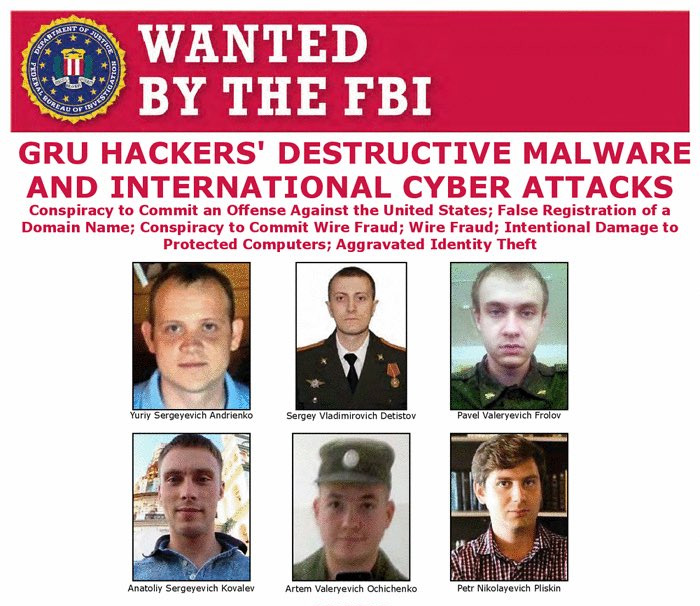 In October 2019, we wrote that Western intelligence agencies uncovered another Russian military unit 29155 which specializes in cyber operations and sabotage in Europe. In addition to those activities, it was discovered that Russian officers from unit 26165 and unit 74455 hacked into the servers of the Democratic National Committee and Hillary Clinton campaign, i.e. the senior Russian military and political leadership was directly involved in US election interference in 2016.

This publication was prepared especially for InformNapalm.  Distribution and reprint with reference to the source is welcome! (Creative Commons — Attribution 4.0 International — CC BY 4.0)