Why Jan Marsalek is the world’s most wanted man? 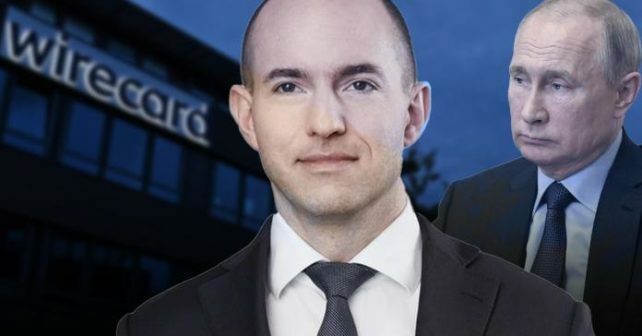 On June 25, 2020, German law enforcement authorities filed bankruptcy proceedings against one of the leading fintech companies, Wirecard, whose management is accused of embezzling about 2 billion euros. The head of the company, Marcus Braun, was arrested, and his deputy, Jan Marsalek, went missing after being fired from the company. According to the Financial Times (FT), German law enforcement agencies have put on the international wanted list an Austrian citizen J. Marsalek, whereas security and intelligence services of at least three Western countries are interested in him because of his possible links to the Main Directorate of the General Staff of the Russian Armed Forces, which is better known under its former name – Main Intelligence Directorate or GRU.

The FT conducted a journalistic investigation into the activities of Marsalek and found that since 2015 he has regularly met with representatives of the EU and Russia on reconstruction projects in Libya. According to the FT, Marsalek was interested in investing in a cement factory in Libya, and in 2018 he organized a meeting with anonymous experts at his home in Munich about the “employment” of 15,000 military mercenaries – according to him, they would guard commercial projects in Libya (however, what would have been the real activities of the mercenaries is unknown). According to the FT, Andrey Chuprygin, a Russian citizen, an expert on Arab countries, whom (SIS) calls a former employee of the GRU, was Y. Marsalek’s adviser on Libyan issues. 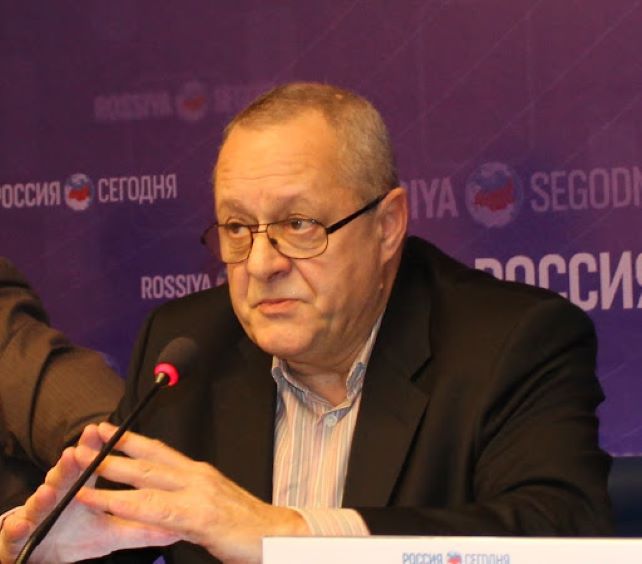 It is known that several dozen armed employees of the Russian PMC RSB Group (РСБ-Групп) were housed at the factory of the Libyan cement company . 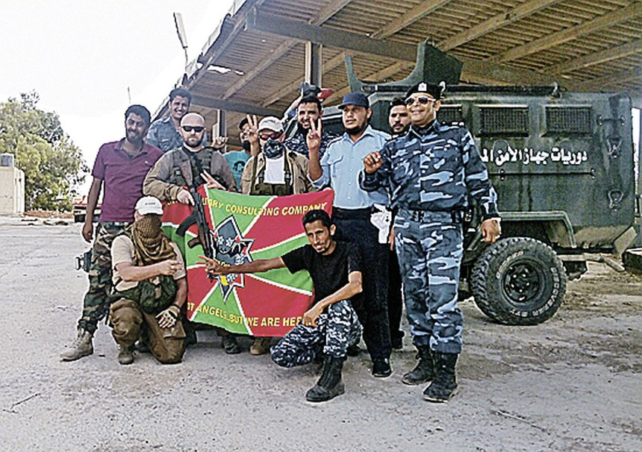 According to the FT sources, Marsalek is a rather bright personality, and was not limited to business matters related to the Wirecard activities. He loved adventure, which he often bragged about to his colleagues. One of these “adventures” was the story of a trip to the city of Palmyra in Syria, told to colleagues in 2017, right after the Russian army regained it from ISIS fighters. According to Marsalek, he went there at the invitation of the Russian military immediately after their successfully completed operation. 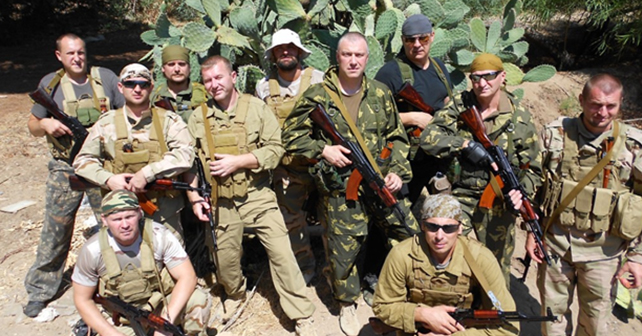 Militants of PMC Wagner (proxy formation of the GRU) in Syria / Photo by InformNapalm.

According to the FT, in 2018, Marsalek showed his partners in London four classified documents of an investigation carried out in 2018 by the Organisation for the Prohibition of Chemical Weapons (OPCW). They contained information about the attack on Sergei Skripal and his daughter Yulia, and the chemical formula of the Novichok nerve agent. It is still unknown how Marsalek got his hands on the secret documents. 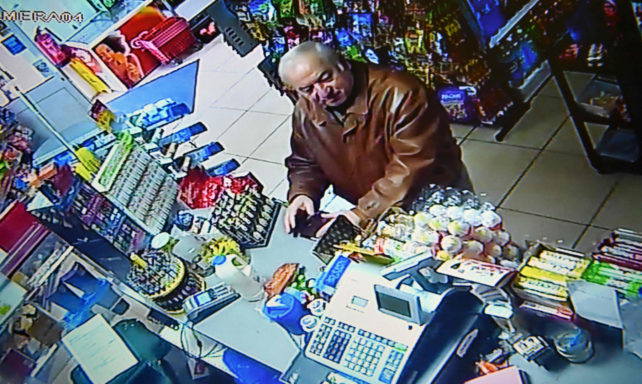 After the bankruptcy of Wirecard and reports of Marsalek’s disappearance, the German newspaper Handelsblatt, relying on its own sources, reported that the Austrian was hiding in a private house near Moscow, and his security was provided by the GRU. According to Handelsblatt, Marsalek dismissed from Wirecard, immediately left for Belarus, but as tensions between Belarusian and Russian political leaders escalated, he was taken to Moscow. According to Handelsblatt he sent a large amount of cryptocurrency (bitcoins) to Russia before leaving the headquarters of Wirecard in Dubai. 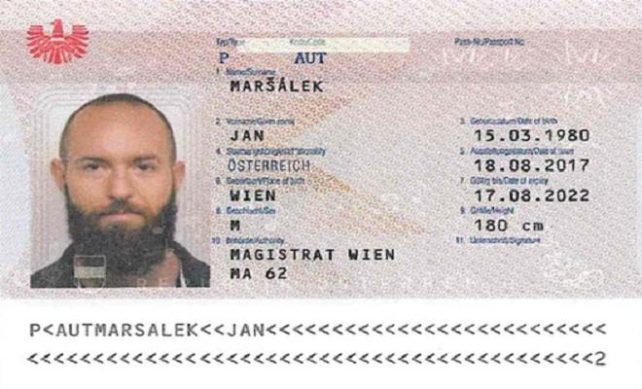 Bellingcat, an investigative journalism agency, also conducted an investigation into Marsalek. They confirmed the information that the Austrian fled to Belarus immediately after his dismissal. According to Bellingcat, on June 18, 2020 Marsalek flew to Tallinn, where he boarded a private plane and on June 19 landed in Minsk. The journalists checked this information by searching the database of the Russia-Belarus border control, in which a record of the date of Marsalek’s arrival was found. It turned out that Marsalek tried to mislead the investigators and bought tickets to the Philippines before going to Belarus, and also falsified the records of his arrival in the immigration register of that country. According to Bellingcat, in his correspondence with others after his disappearance, he stated that he was now in Asia, but one of his replies betrayed him. To a colleague’s question “is the political situation stable” in the country where he is at the moment, Marsalek replied: “Don’t worry, the same government has been here for the past 25 years.” This answer aroused the suspicions of journalists that Marsalek might not be in Asia, but in Belarus. 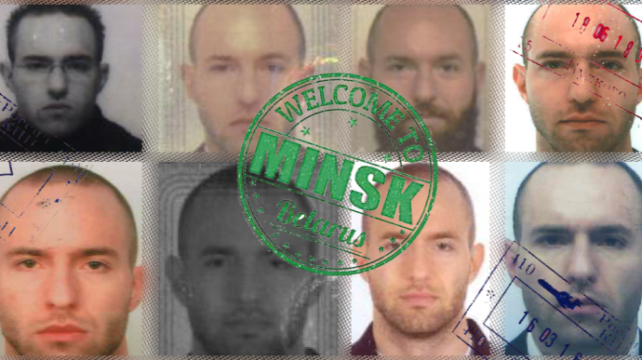 Also, the journalists found that Marsalek visited Russia about 60 times over the past ten years. Most of his trips to Russia took place in 2015-2016. Bellingcat said it is unclear what he did so often in Russia during this period, but his activities likely caught the attention of the Russian Federal Security Service (FSB). In most cases, Marsalek’s trips to Russia lasted two to three days, but in September 2017 he spent more than a week in Russia. According to investigative journalists, having arrived in Russia on September 9, 2017, he wanted to fly out on his private jet on September 15, 2017, but the FSB border service did not allow this. He was allowed to leave only in the evening of the same day: after this trip to Russia, Marsalek did not return, or at least not with an Austrian-issued passport, Bellingcat reported.

For trips to Russia Marsalek used six Austrian passports issued in his name. However, he also had a “non-citizen” diplomatic passport issued by a third country. There are only a few countries (none in Europe) that use this practice. Similar passports are issued to honorary consuls in exceptional cases. According to Bellingcat, Marsalek has repeatedly boasted of having passports of several countries, and a few days before his disappearance, he let slip to his former colleague that he was an honorary consul of an unnamed state.

According to investigative journalists, the FSB was especially interested in Marsalek. Having checked the internal database administered by the FSB, which contains information about the persons of interest to the service and their activities in Russia, Bellingcat found a rather detailed dossier on him. According to the researchers, the database includes almost every foreigner traveling in Russia, often simply naming the country from which he arrived and the purpose of his arrival in Russia, recording the time of arrival and departure, as well as the passport number. Still, in the case of Marsalek, additional data were collected, i.e. an exhaustive list of his trips outside the EU, made since 2015. According to the web site, FSB’s clear motive for collecting additional data on Marsalek is unknown: this may be due to the ongoing cooperation with the Russian intelligence agencies, or placing him under surveillance for potential recruitment. The latest version was backed up by his detention in 2017, when the FSB could force him to cooperate. Another version may be that Marsalek was followed because of his connections with the GRU, whose activities abroad are of interest to the FSB. According to Bellingcat, information on Marsalek’s travels was collected until 2018.

According to investigative journalists, the data on the crossing of the Belarusian border can be falsified in the same way as the data on Marsalek’s departure to the Philippines. However, such an operation could not have been carried out without the knowledge of the FSB, which would confirm the Austrian’s connection with this Russian intel.

No Responses to “Why Jan Marsalek is the world’s most wanted man?”