Russian Ministry of Defense is planning once again to impose restrictions on the use of social media for servicemen of the Russian Army, including those, who have been in the reserve force for up to 5 years, Interfax news agency reported on January 17, 2019. Since 2016, there have been other attempt to somehow curtail the leakage of information which embarrassingly deflates the Kremlin’s official narratives of non-participation of the Russian military men in the war in Donbas and in the invasion of Crimea.

InformNapalm volunteer intelligence community continues to collect and document evidence of the Russian aggression against Ukraine based on open source intelligence. More than 2,400 Russian military men from more than 90 military units of the Russian Federation have been already listed in our Russian Aggression Database, which is being constantly updated with new investigations.
In this investigation, we present the correspondence and photo evidence of another Russian serviceman on active duty who reveals that Russia began to redeploy tanks for the aggression against Ukraine back in February 2014.

Personal data of the Russian soldier 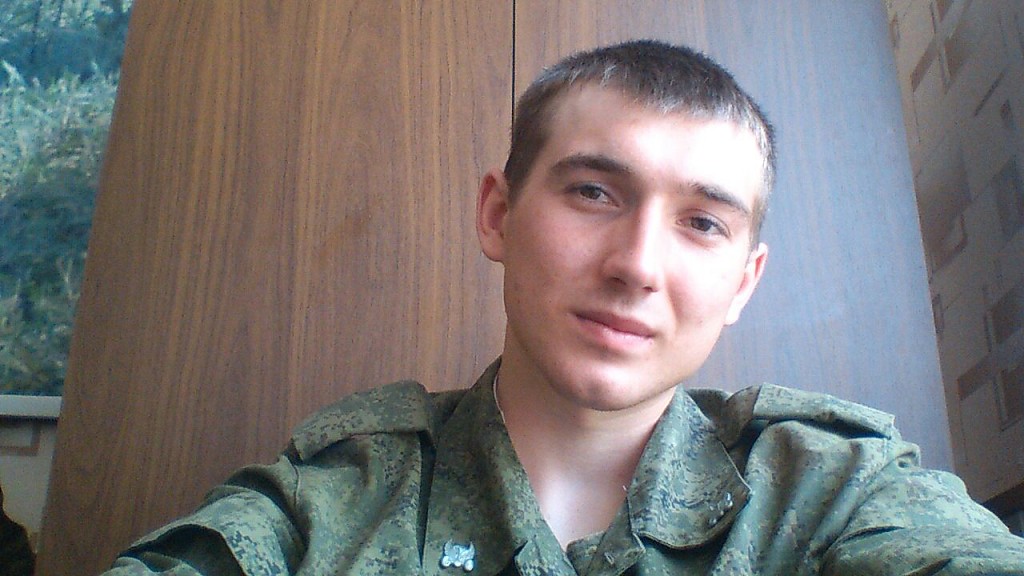 Kushch actively posted on Odnoklassniki social network the events of his life, in particular of his military service from 2013 to 2014 in the 76th Maintenance Battalion (military unit 23286, stationed at Slavyansk-na-Kubani, which belongs to the 99th Logistics Brigade, military unit 72153, stationed in Maykop city).

Here is a post about his basic training in Slavyansk-na-Kubani: 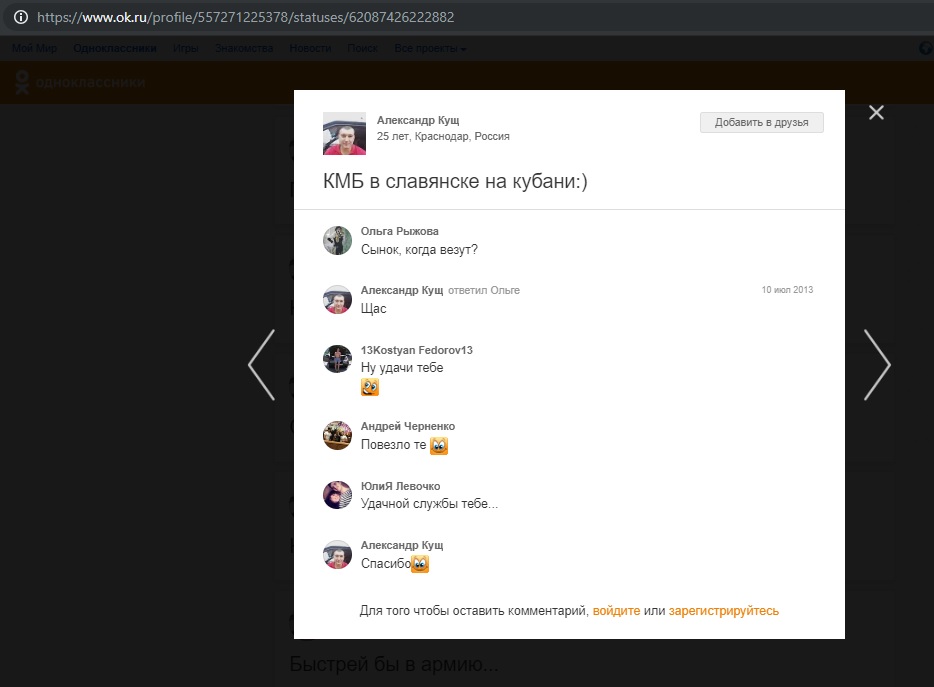 Here in the comments, Alexander says that he serves in a maintenance battalion: 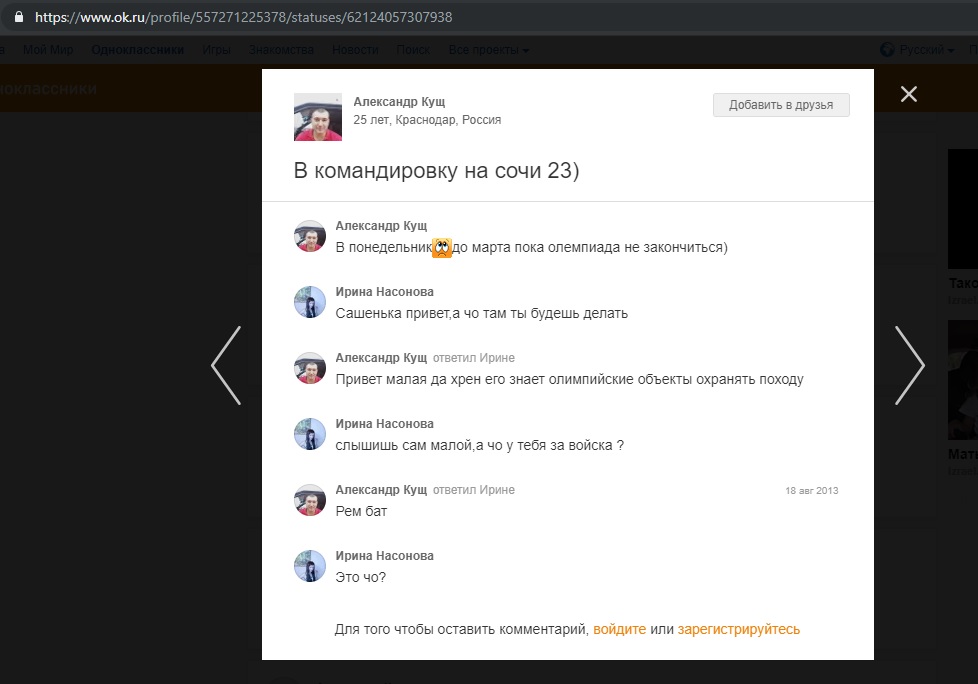 He invites friends to visit him in Slavyansk-na-Kubani and discloses the address of the military unit – Krasnaya Street, 126: 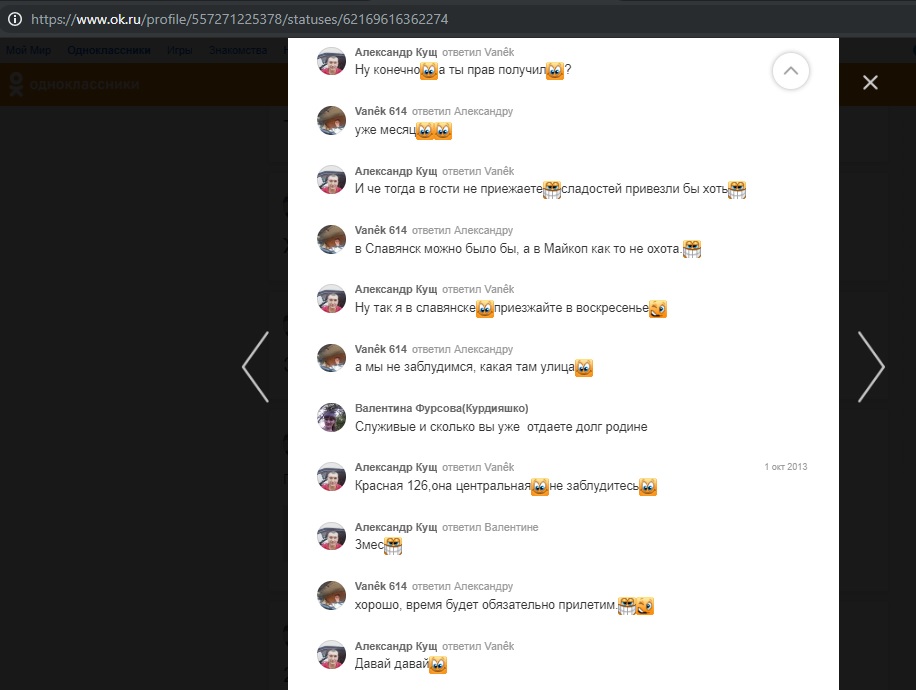 The 76th Maintenance Battalion is indeed located at this address: 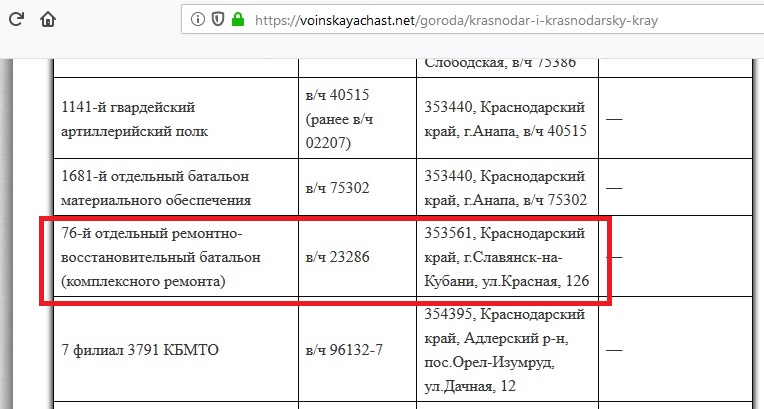 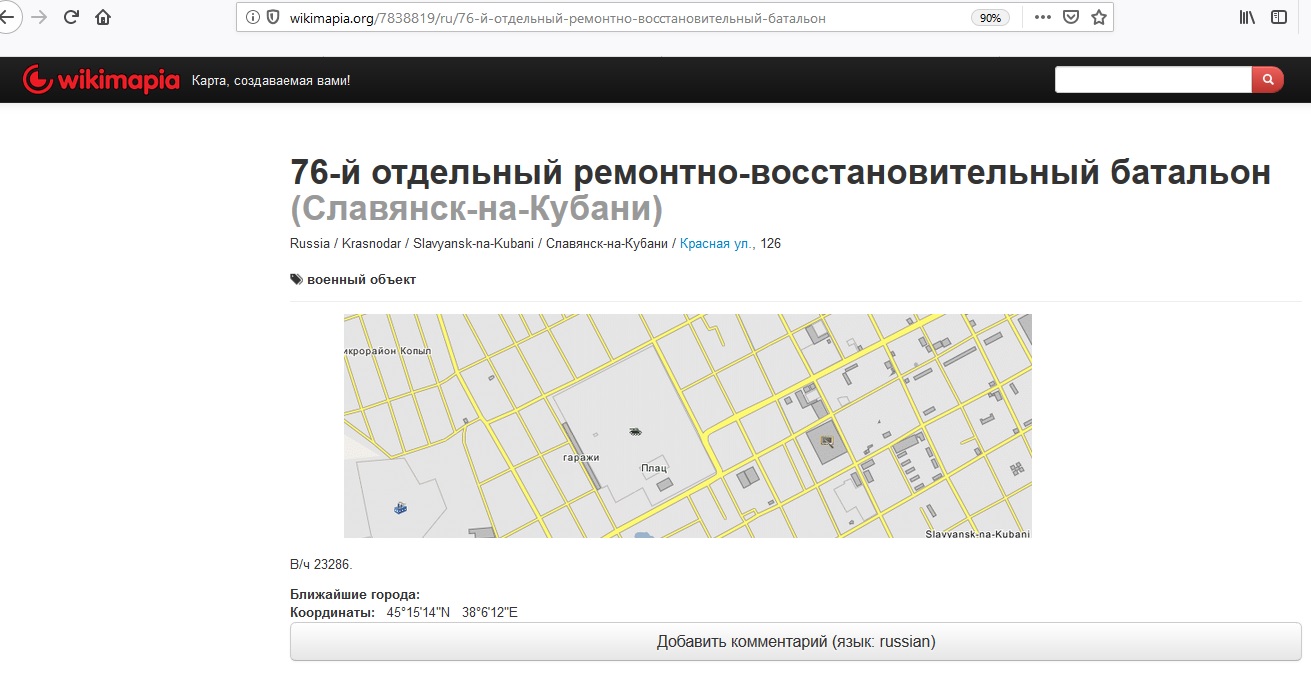 And just a few days later, on February 28, 2014, in the comments, we see a dialog about the tanks, which the 76th Maintenance Battalion is redeploying to Ukraine:

“<…> – We’re hauling tanks in from Anapa, from Temryuk to Novoros))

– Have they run out of tanks there 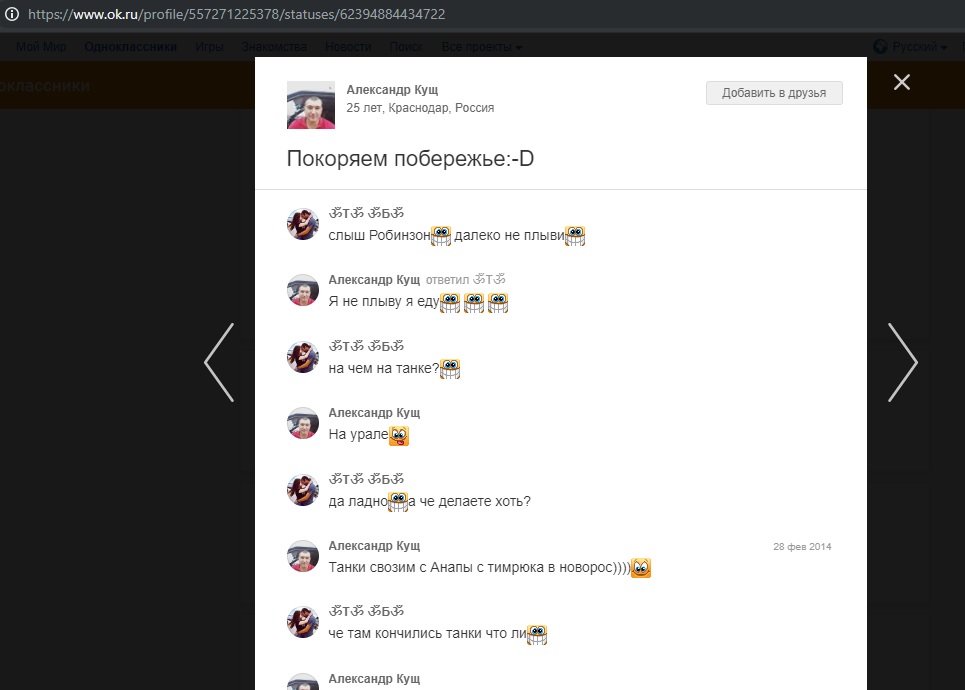 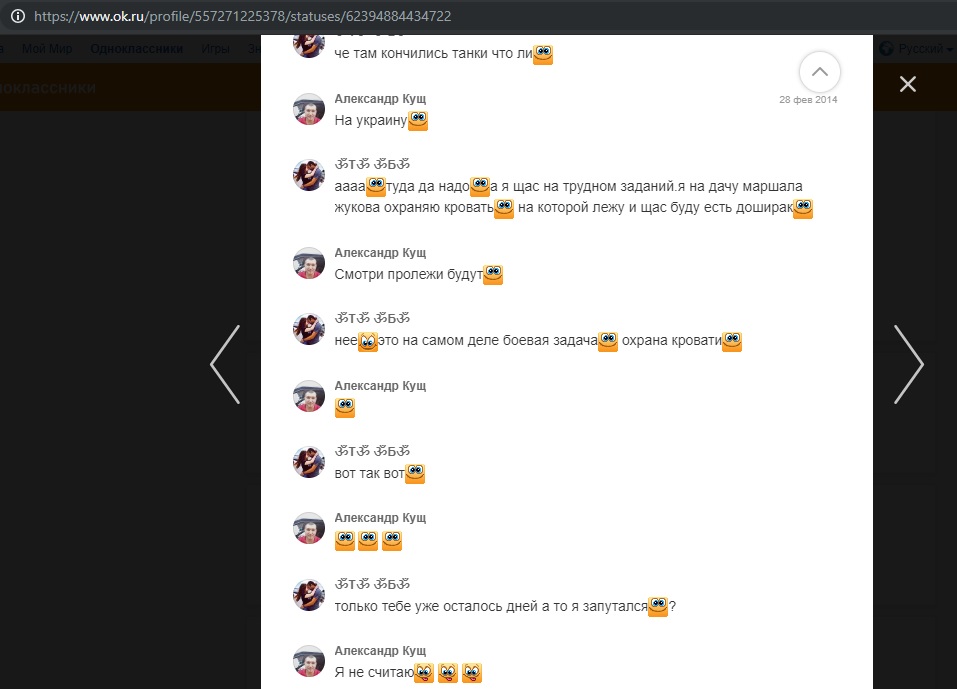 On March 15, 2014, Alexander writes the status “In Ukraine :)” and in the comments to it he says that the soldiers were ferried to Ukraine: 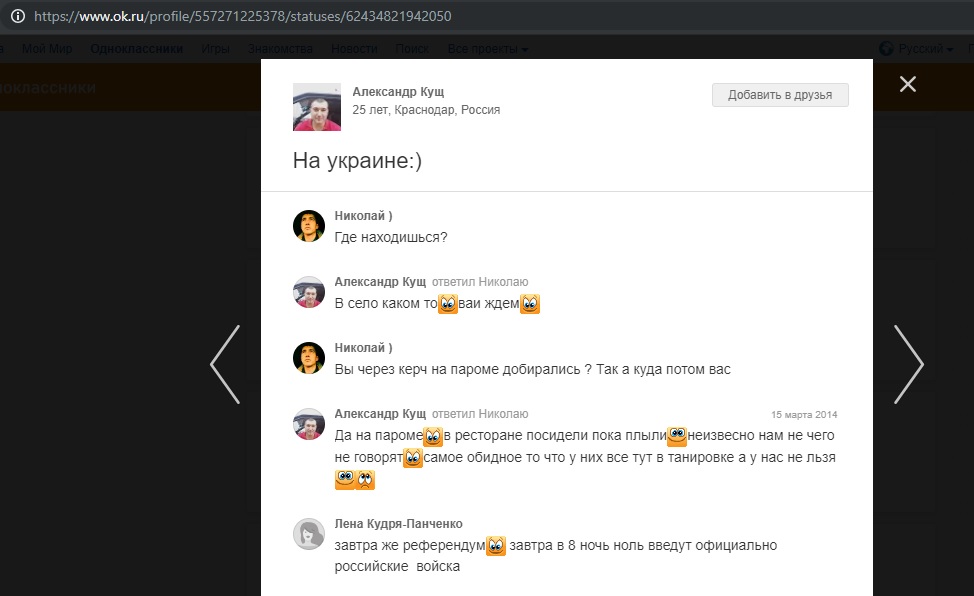 On March 20, 2014, a subunit of the 76th Maintenance Battalion was in Simferopol: 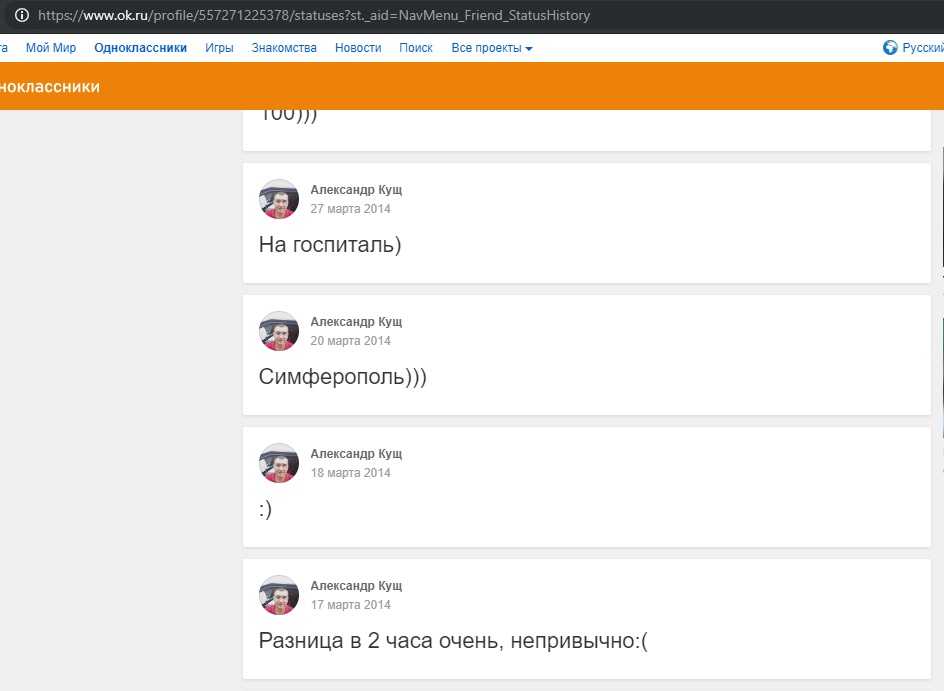 In the comments to his post, Kushch tells friends that there was an invading unit of the Russian troops at the naval aviation base in Hvardiiske: 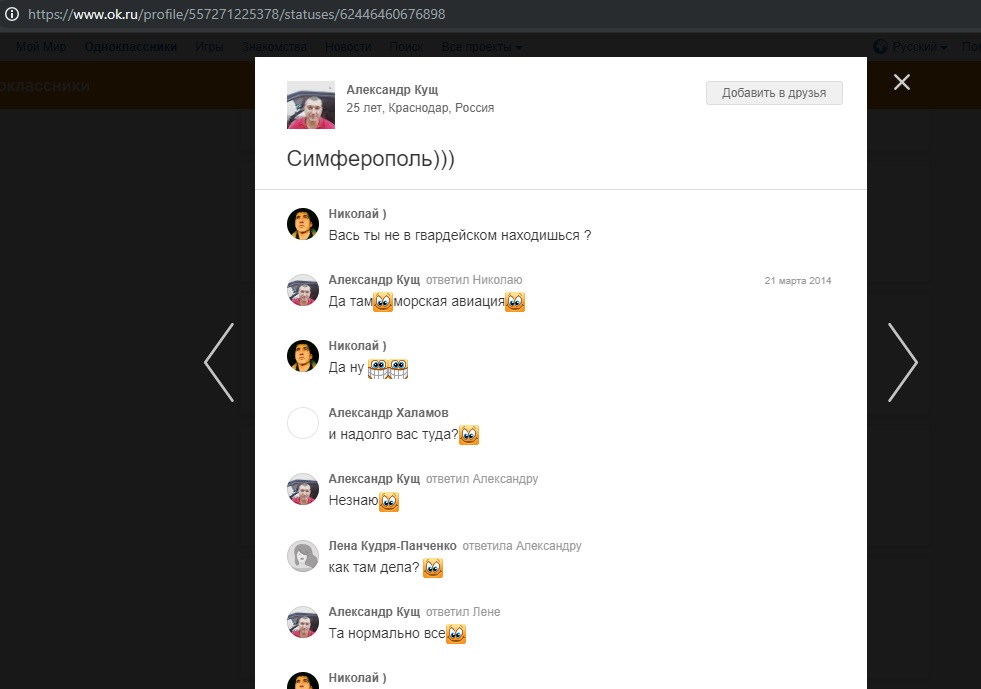 At the end of March 2014, Kusch is diagnosed with chickenpox and is taken for treatment to Sevastopol: 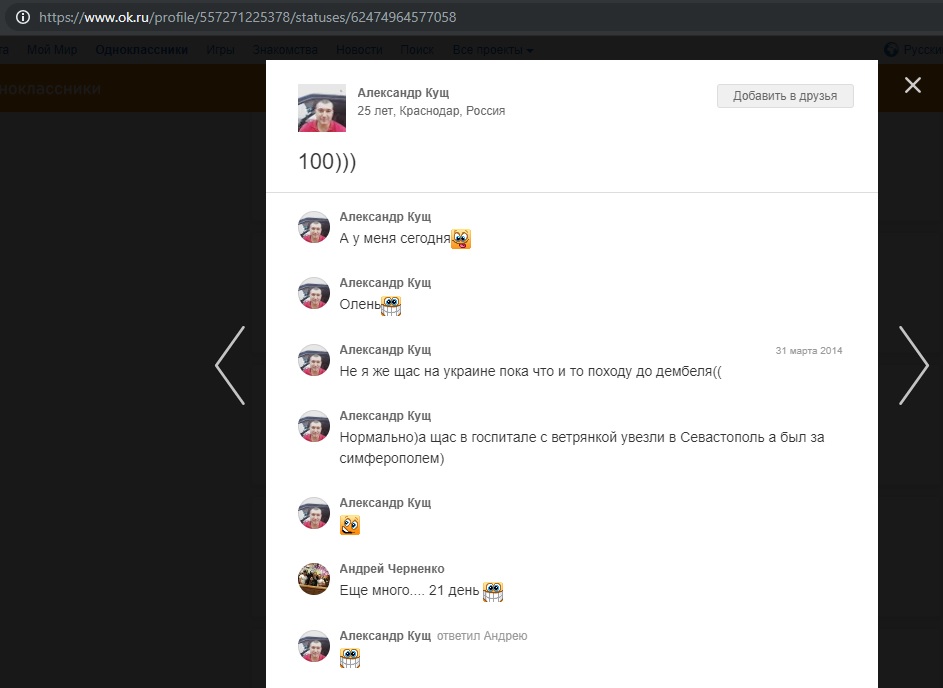 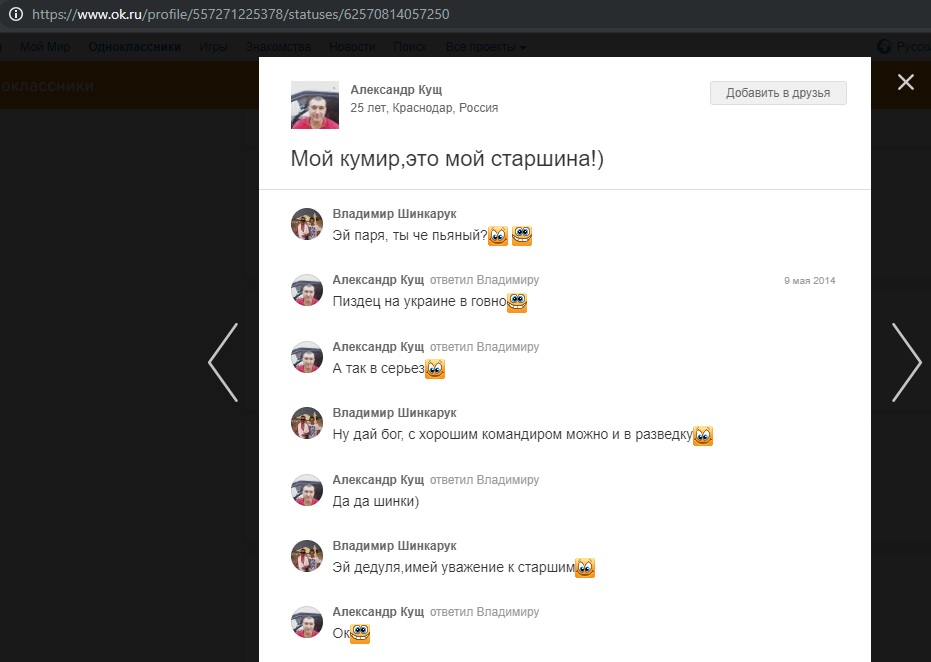 In mid-May, he writes that he will return to Slavyansk-na-Kubani soon: 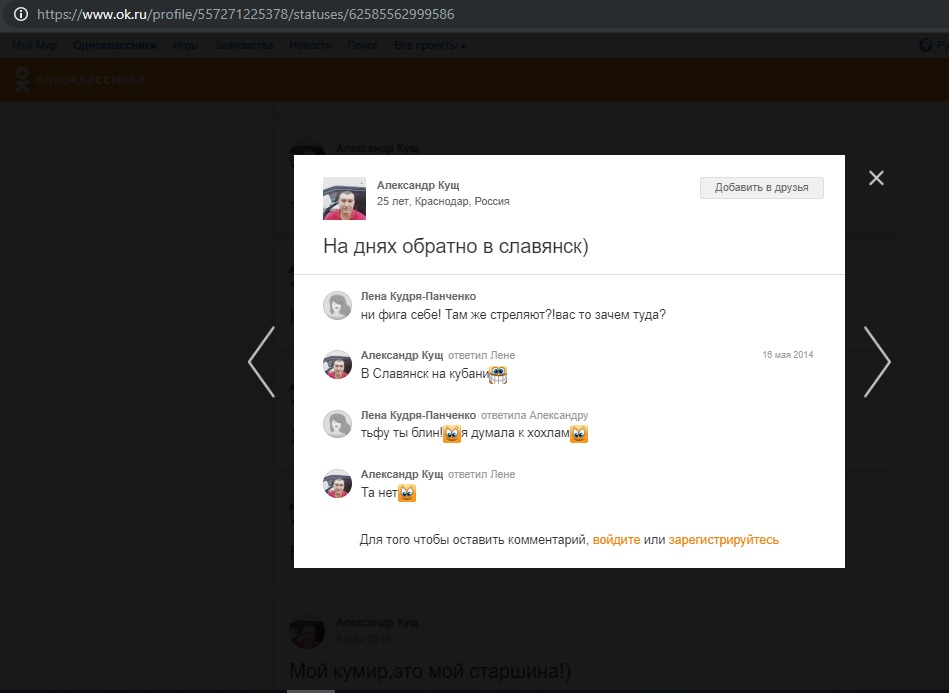 In Kusch’s photo album there are photos on the sea coast and in a port near a ship: 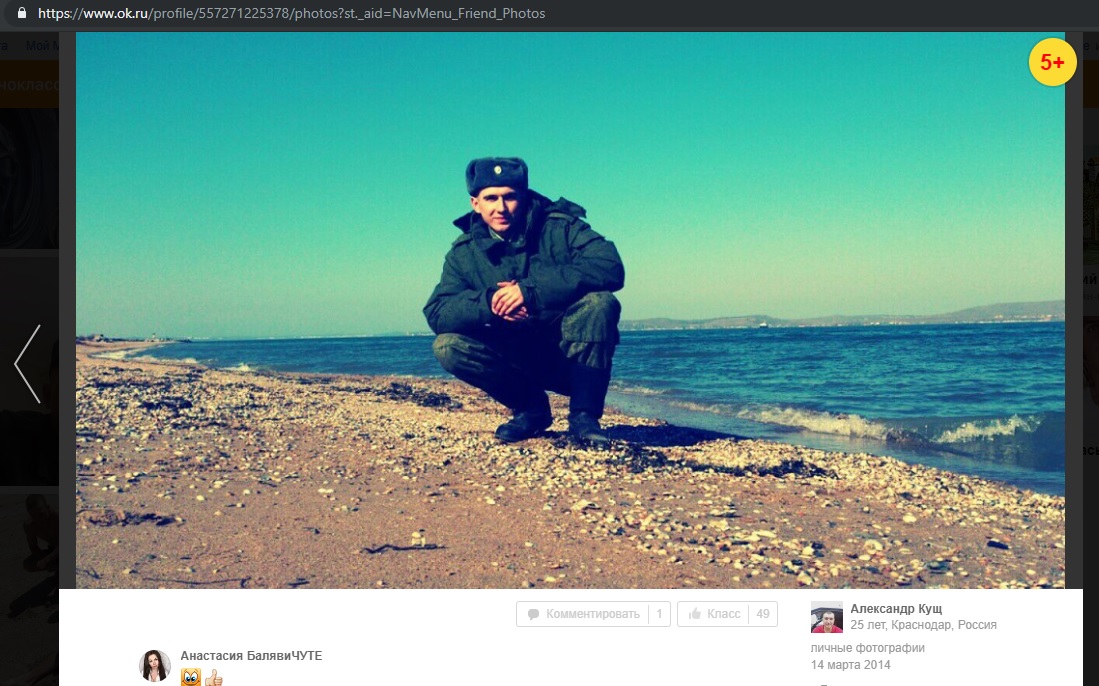 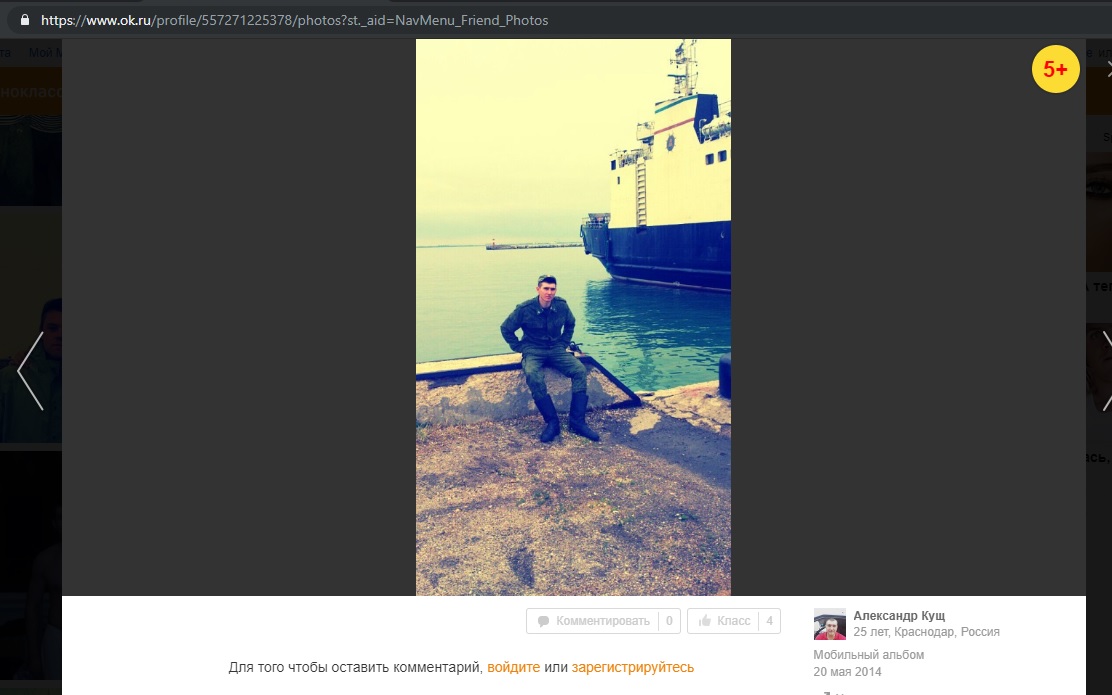 His photo album also contains a picture of the medal from the Ministry of Defense of Russia for his participation in the invasion of Crimea: 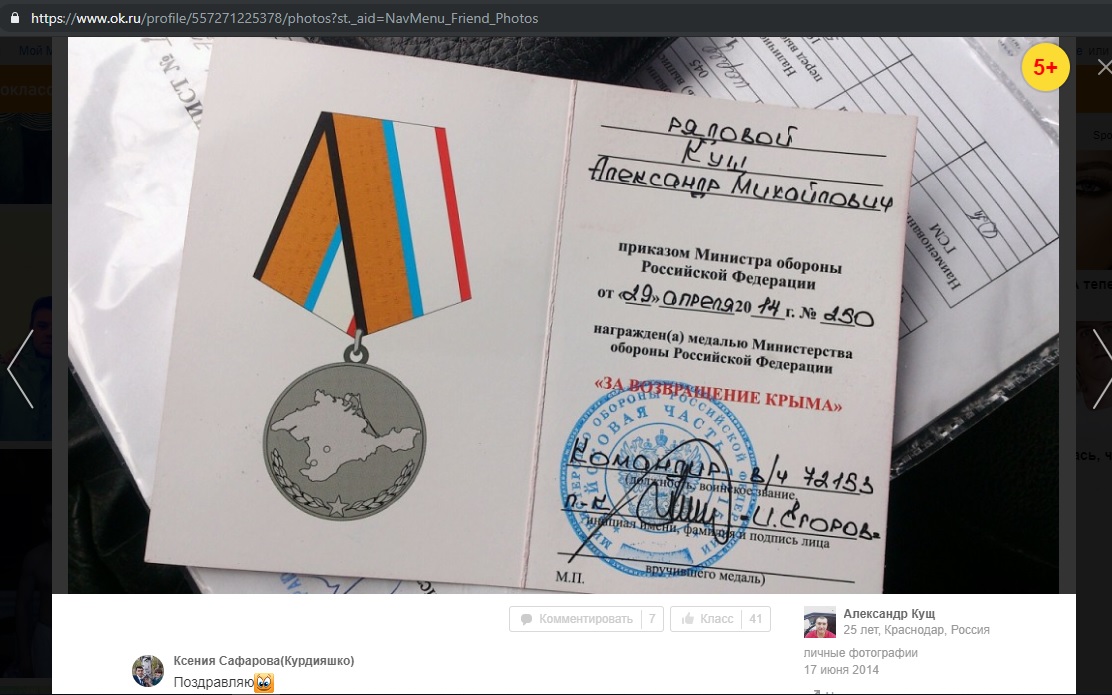 Compiled specially for InformNapalm.
A link to the authors and our project is obligatory for any reprint or further public use of the material. (Creative Commons — Attribution 4.0 International — CC BY 4.0)
Repost and share with friends. Follow us on Facebook / Twitter

No Responses to ““We’re hauling tanks in from Anapa, from Temryuk,” – Russian serviceman from 76th Maintenance Battalion testifies”