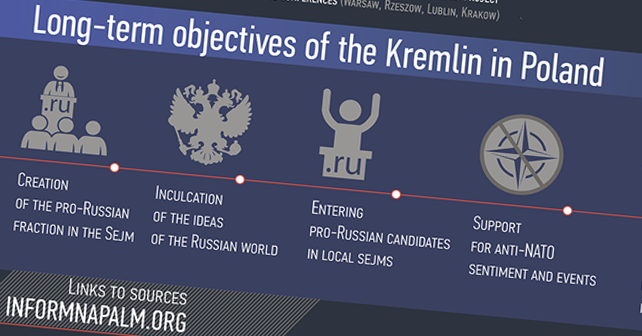 On February 22, 2017, InformNapalm volunteer intelligence community published the first analysis of the materials testifying to the Kremlin’s interference in the internal affairs of Poland. In the investigation titled Kremlin is behind anti-Ukrainian protests in Poland: analysis of the hacked correspondence   we presented the information about Moscow’s voluntary agent, Belarusian citizen Alexander Usovsky and his political scheming in the eastern Europe. The hacktivists of the Ukrainian Cyber Alliance (UCA), retrieved hundreds of documents from the mailbox and hard disk of Usovsky as well as audio recordings of his conversations. The hacking was documented with a relevant video.

These materials were then made public revealing large-scale plans, financing and interaction schemes of one of Moscow’s chains of influence in Poland and other countries of the Visegrad Group. Alexander Usovsky is but one of the cogs in the widespread system of the Russian hybrid aggression against its neighbors. However, the example of Usovsky’s activity gives a good insight into goals, logic and methods of the aggression. In this case, we see some sponsored fringe politics aimed at discrediting NATO in Eastern Europe and souring Ukrainian-Polish relations.

The second part of the investigation appeared under the headline Kremlin financing Polish radicals: tasks, payments, and reporting to Moscow demonstrating attempts at manipulation and scheming of Moscow in the Polish politics.

Immediately after the publication this information received a wide response in the Polish press, and a few months later caused a second wave in the Western media. In May 2017, the German broadcaster ZDF and the American newspaper The New York Times took up Usovsky with a new interest. The topic of the Kremlin’s attempts to interfere with internal politics of the EU continues and the US is gaining momentum. InformNapalm volunteer intelligence community received new information about the next plans of the Russian Federation for conducting media operations in the countries of the Visegrad Group. Stay tuned for more materials on Usovsky and the likes of him looking for opportunities to make a buck or two on the Russia’s hybrid aggression. 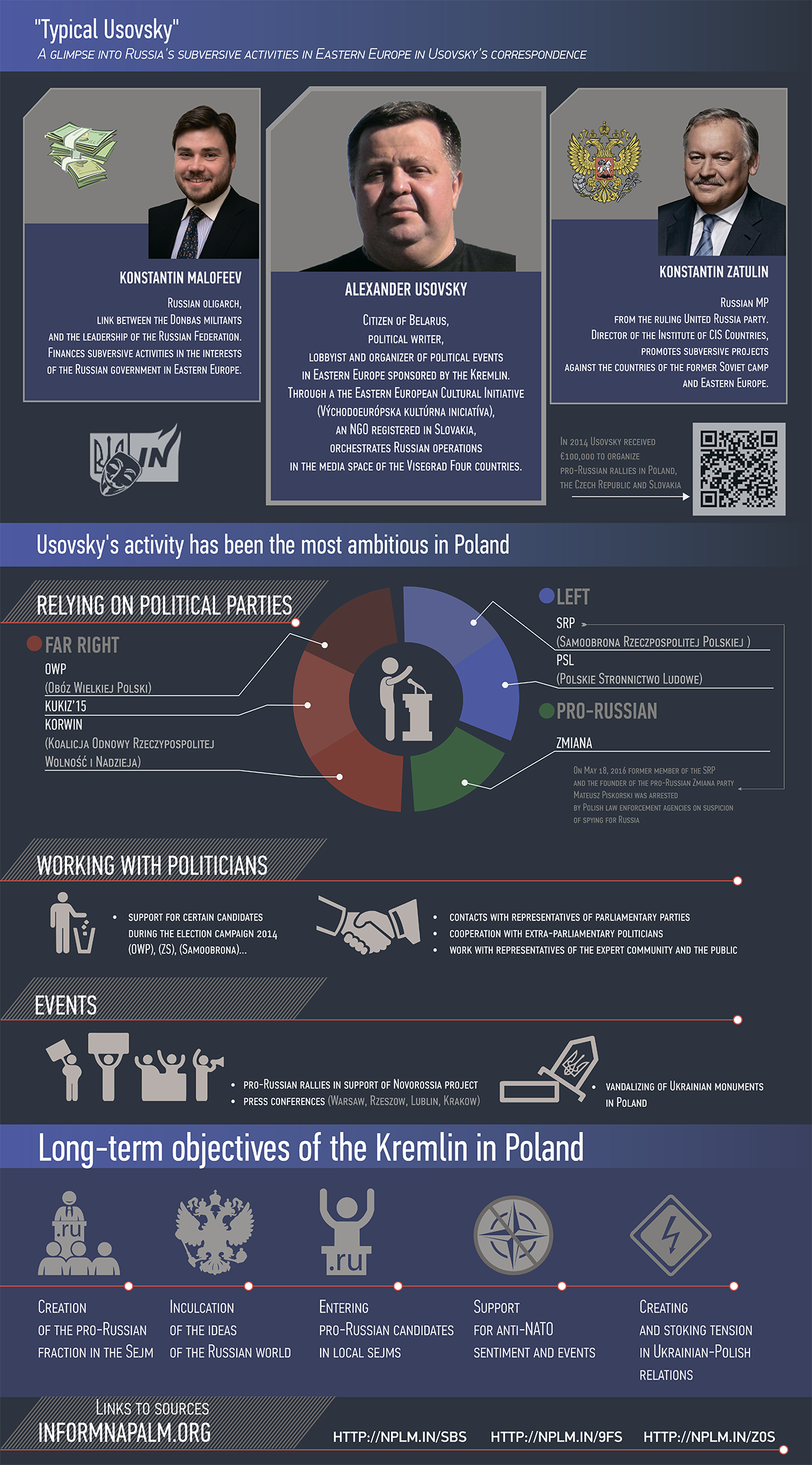 This is an abbreviated and adapted version of the material, read the full publication in Ukrainian.

This publication was prepared by Andrew Lysytskiy. The full version in Ukrainian was prepared by Oxana Kozak, infographics by Bryundik, translated by Artem Velichko specially for InformNapalm.
(Creative Commons — Attribution 4.0 International — CC BY 4.0)
Repost and share with friends.
For notifications about InformNapalm investigations follow us on
Facebook, Twitter and Telegram.