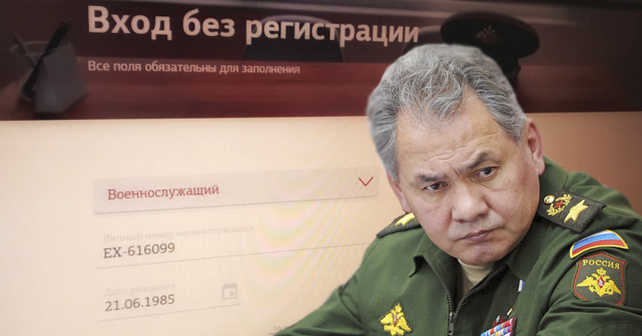 For 2 years Ukrainian volunteers have used a vulnerability in the Russian Defense Ministry website to collect classified information about salaries of Russian military personnel fighting in Ukraine and Syria.

The Russian Fontanka.ru news website  found a vulnerability in the website of the Russian Ministry of Defense which Ukrainian hacktivists have used for about two years to collect information about the payrolls of Russian servicemen. This was reported by the speaker of the Ukrainian Cyber Alliance Sean Brian Townsend on his Facebook page.

As the evidence, the hacktivist referenced a publication of InformNapalm international intelligence community that contains screenshots of payroll records of Yuri Popov, a seaman from the 99th Tactical Group of the Russian Northern Fleet (military unit No. 74777). In the article Hacktivists uncovered Russian marine taking part in Donbas war, published on September 10, 2016, the serviceman’s personal identification number ЕХ-616099 was presented, as well as his employee payroll number: 1973598. Due to the vulnerability on the Russian Ministry of Defense website, it was also proved that the sailor, while fighting in the Donbass with the so-called DPR gangs, continued to receive a salary from the Russian Ministry of Defense.

It is interesting that the Russian Ministry of Defense has not noticed the leakage of documents for years and only after the Fontanka’s publication burst into lament reproaching the journalists for unethical journalist conduct ( archive ):

“In the pursuit of quoting, the Fontanka’s editorial staff violated the limits of the permissible, including the basic concepts of decency and ethics of journalistic activity.”

Posted by Ministry of Defence of the Russian Federation on Monday, February 5, 2018

Thus, the Russian Ministry of Defense officially confirmed that the leakage of information from its website did occur, and payroll records of servicemen spotted in the Donbas demonstrated that Russia directly finances the aggression against Ukraine. It is a good reason to apply new international sanctions on Russia for financing terrorism in the Donbas.

By Roman Burko especally for InformNapalm